We all have a voice,” said LeBron James, accepting the NAACP’s Jackie Robinson Award on Feb. 1, center court at the Cleveland Cavaliers’ Quicken Loans Arena. Wearing an NBA-branded Black History Month T-shirt, James, 32, recognized the sacrifices made by Robinson as well as pioneering black athletes Muhammad Ali and Jim Brown. “I’ve got a long way to go to have the kind of impact these great leaders have been able to have,” James tells THR. “I hope to continue building on the legacy they started.”

James received the award — ceremony highlights will air during TV One’s broadcast of the 48th NAACP Image Awards on Feb. 11 — for his philanthropic efforts and his dedication to inspiring young people, including through his growing Hollywood portfolio: His SpringHill Entertainment shingle (in partnership with Maverick Carter and based at Warner Bros.) has Starz’s Survivor’s Remorse, NBC game show The Wall and multiple pilots (at NBC and CBS). A sequel to the Michael Jordan starrer Space Jam is in the works, along with a multipart HBO documentary on Ali, in production with Antoine Fuqua directing. In November, James donated $2.5 million to underwrite a Smithsonian National Museum of African American History exhibit on Ali. Founded in 2004, his LeBron James Family foundation has guaranteed college educations to thousands in his hometown of Akron, Ohio, where he lives with wife Savannah and their three children. 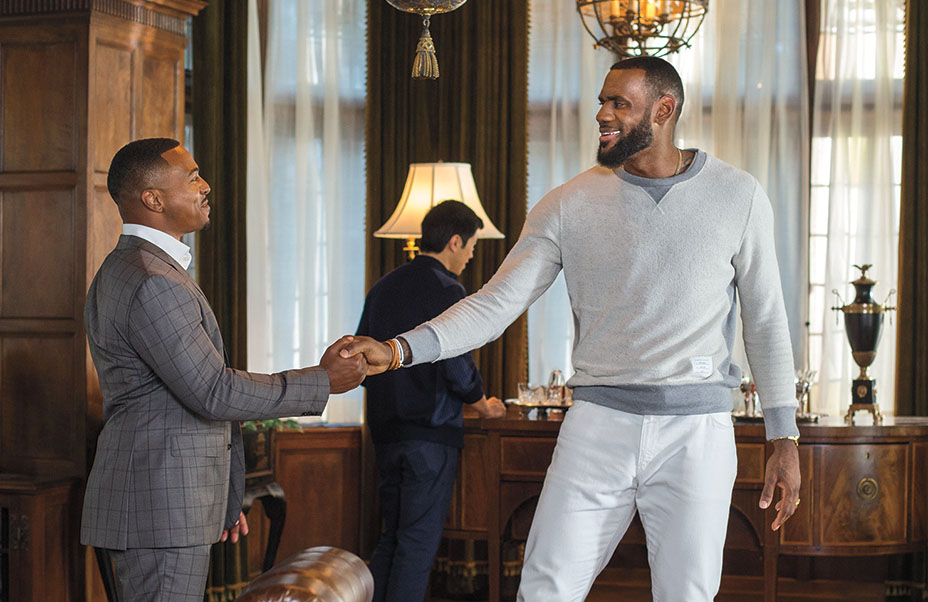 “Diversity is what makes this country so great,” says James, who was raised by a single mother in an Akron housing project. “We should all continue to speak up and fight for ideas that bring people together regardless of race, gender, ethnicity, religious beliefs or any other differences.” The NBA is a global league; every team has at least one international player, with more than 35 countries represented and many Muslim-American players. And the league has been comparatively outspoken on social issues, initiating in December 2015 a campaign against gun violence. “It’s important that we as athletes continue to use the platform we have to speak up for what we believe in,” says James.

As protests continue to rage over President Trump’s ban on immigrants and refugees from seven predominantly Muslim countries, James has calibrated his message to encourage peaceful dissent through free speech. “I am not in favor of this policy or any policy that divides and excludes people,” he says. “I stand with the many, many Americans who believe this does not represent what the United States is all about. And we should continue to speak out about it.”