It’s 6:30 p.m. on a Thursday in March — pilot season — and the dinner crowd trickles in to Boulevard, the restaurant and oyster bar in Vancouver’s Sutton Place Hotel. I’m here to investigate whether the AAA Five Diamond-rated hotel long favored by actors, directors, producers and writers in “Hollywood North” still brims with the licentiousness that made it a legend called the “Slutton.” Here, ascendant talent and A-list stars enjoyed a spring break atmosphere after long days on set. Robert De Niro once deemed the margaritas “better than Mexico’s” while partying with Sean Penn.

“Back in the day, if you couldn’t find a date, you could pay for one,” muses Ryan the bartender. “This place really misses the hookers.”

Spencer Garrett, an actor who has worked in Vancouver 20 times in the past 15 years and only stays at the Sutton Place, witnessed the golden days firsthand when the rowdy party hotel resembled the Riot Hyatt in Almost Famous. “In the mid-’90s to the early 2000s, it was very rocking, a lot of drinking at the bar,” says Garrett, who co-stars on Amazon’s Bosch (which films in Atlanta). “I think the days of the Slutton are bygone. The new owners were likely not wild about that nickname, which is probably why the hookers were exiled.”

Actress Meaghan Rath, who has filmed here six times in the past decade, this year for the ABC pilot The Trustee, recalls the action at the bar. “It used to be all the local girls trying to sleep with actors or get their big breaks,” says Rath. “And my hairstylist told me how 15 years ago famous actors walked around asking for eight balls. That probably doesn’t happen much anymore. But I can’t walk through the lobby without seeing 500 people I know.” 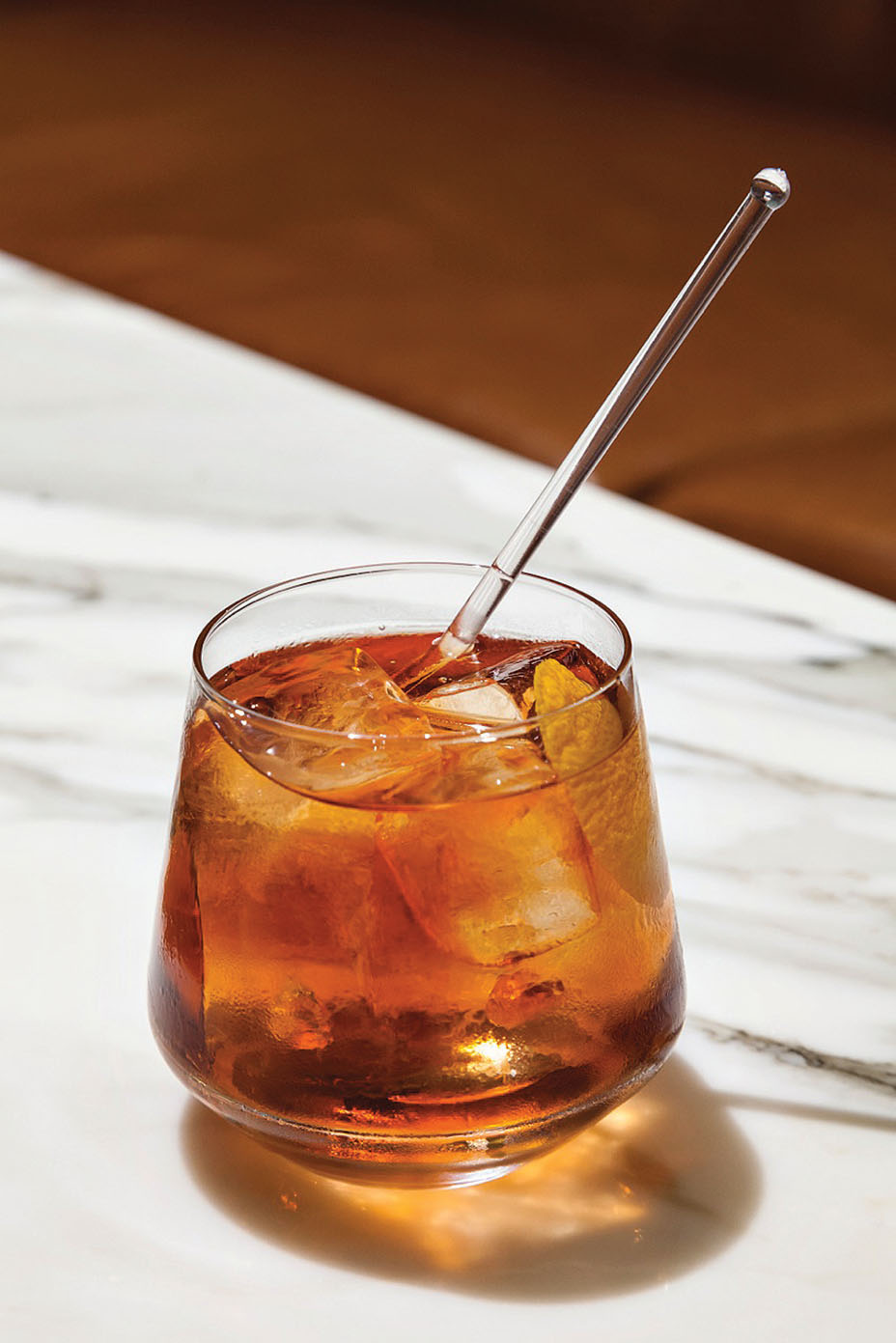 Yet the few evening patrons at Gerard Lounge, Boulevard’s cozy, adjoining English-style club, are familiar only to Ryan. I meet a chardonnay-sipping woman who works in the mayor’s office and a middle-aged local who tells stories about his kid’s field hockey team.

Still, Sutton Place hasn’t completely devolved into a townie hangout. Taye Diggs blew through the lobby earlier. Courtney Love gave me a dirty look in the taxi line. A young actor whose name I can’t immediately pull toted a dog-eared script conspicuously under his arm and announced to no one in particular that he’s “filming the new Liam Neeson.”

And not everyone rues the mellowing scene. Danielle Panabaker, who has filmed The CW’s The Flash in Vancouver for three years, says the hotel’s low-key predictability is a plus among her friends and colleagues. “It feels familiar and safe,” she says. Bravo’s Girlfriends’ Guide to Divorce star Beau Garrett (no relation to Spencer), who recently wrapped the ABC pilot The Good Doctor, compares the scene to summer camp. “That ‘Slutton‘ nickname is more about intracast relationships,” she offers tactfully. 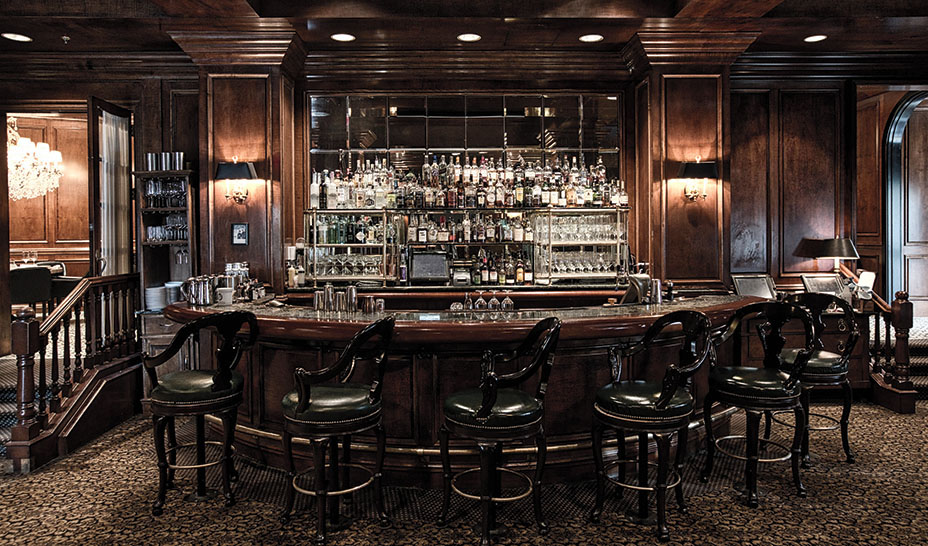 At 10 p.m., the bar crowd has grown to 30 or so, though the only actress I meet identifies herself as “super passionate about regional theater.” The bartender explains that the party atmosphere petered out in recent years because of an ownership change and the addition of windows in the bar. I swivel my stool and look out onto the street and a Subway sandwich shop. In his mind, the Slutton’s old-school hedonism died with the rise of amateur paparazzi and Instagram and the accountability that came with it. “That ruined it,” he says, gesturing toward my iPhone.

For millennials, hitting on someone at a hotel bar is an archaic concept, says Stacy Rukeyser, showrunner of Lifetime’s UnREAL. “We have like 10 series-regular hot guys on the prowl, and they all activated their Tinder subscriptions in Vancouver,” she says. “A great way to get people to show you the city. At least that’s how it was explained to me.” 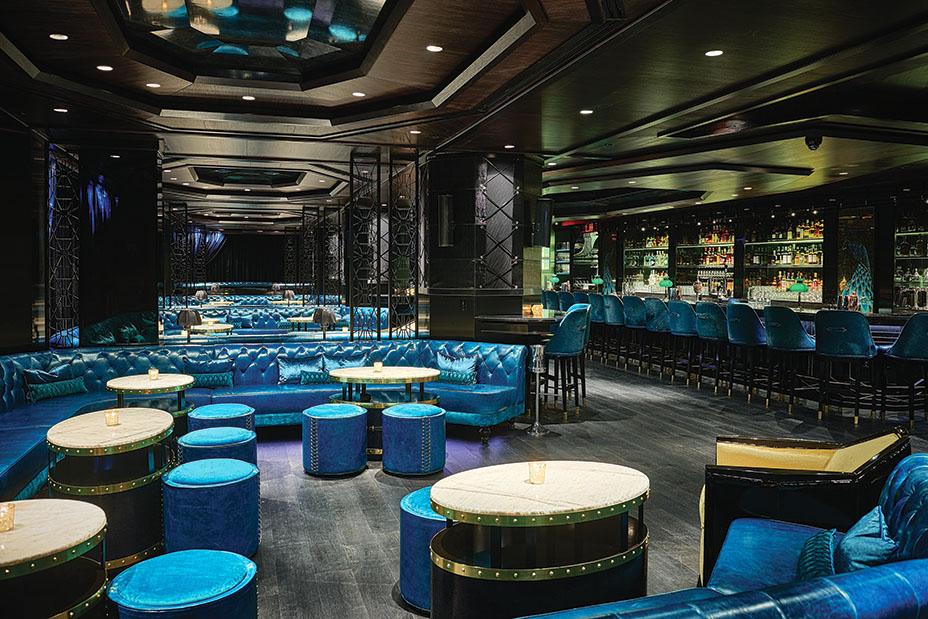 The scene is more about hooking up deals these days, notes Rukeyser. “We’re working our butts off, so we’re not in the bar as often we used to be,” she says. “I sound like such an old fogey, but the thing now is networking.”

As it approaches 11 p.m., I wander out the door to see whether the party is happening elsewhere around town — I drop by the Four Seasons, the Prohibition Bar at the Rosewood Hotel Georgia and then the Fairmont Pacific Rim. My closest brush with star power is a lovely middle-aged woman who claims to have turned down a chance to appear on The Real Housewives of Vancouver. But around midnight, I get a text from a source: “Just saw Piven downstairs at Sutton!”

Alas, Jeremy Piven is gone before I get back to Gerard Lounge, but the crowd has picked up. Diggs, in town to film ABC’s Doomsday, has claimed a table with friends, while Michael Cudlitz, best known for playing Abraham on AMC’s The Walking Dead, sits alone by the fireplace tapping out texts. Earlier, his Trustee co-star Rath had told me that they had met the dwarfs from Once Upon a Time at the bar. 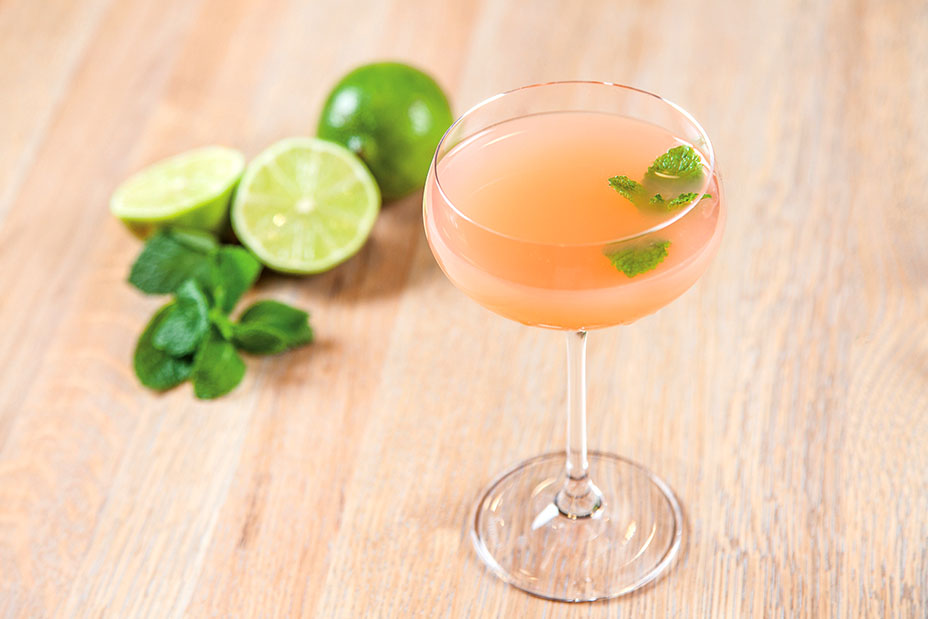 There’s still some heat here, but it’s not the Slutton. Perhaps the shift is a consequence of Vancouver’s ever-expanding nightlife and the new crop of luxury lodgings. Maybe it was the arrival of paparazzi or hookup apps.

Then there’s Spencer Garrett’s theory: “I was in Vancouver last year, and I pulled up to the Sutton and saw Steven Seagal getting out of a giant black SUV surrounded by four bodyguards. He has that jet-black dyed hair, and he looked like he’d had a few, you know, potatoes.” That’s when I thought to myself, ‘The Slutton is dead, long live the Slutton.’ “

Where to Eat, Sleep, Drink in Vancouver: An Insider's Guide to "Hollywood North"