For two seasons on The Crown, Claire Foy and Matt Smith had to perform with the restraint of royal protocol and the crippling emotional reserve of dynastic dinosaurs. Imagine the pair’s delight, then, when they saw the text of Lungs and an opportunity to reprise their partnership in an entirely different mode — to leap out of the cage, go hell for leather, to talk and talk in an 80-minute bombardment of unbridled emotion.

While Elizabeth II and Prince Philip (at least as written) didn’t have the luxury to indulge their individualism and imagination beyond precisely defined roles, the unnamed couple of Duncan Macmillan’s apposite play are hilariously guilty of overthinking their every move; though not without some justification.

Macmillan’s two-hander was first performed in 2011, and, given the increasingly pessimistic prognosis for climate change, the play has become ever more relevant. Its young protagonists are toying with the idea of having their first child. In their opening exchange, the man suggests, “I’m just thinking about the future.” Once upon a time that comment would pertain simply to the direction of a relationship — toward marriage, longevity, parenthood. But now there’s the very real question of whether the planet will be livable for future generations.

What saves the play from being overly earnest or didactic, enables it to be universally relatable, is that Macmillan allows the personal to remain a factor in the debate. Is this couple ready for a child? Should they even be with each other? 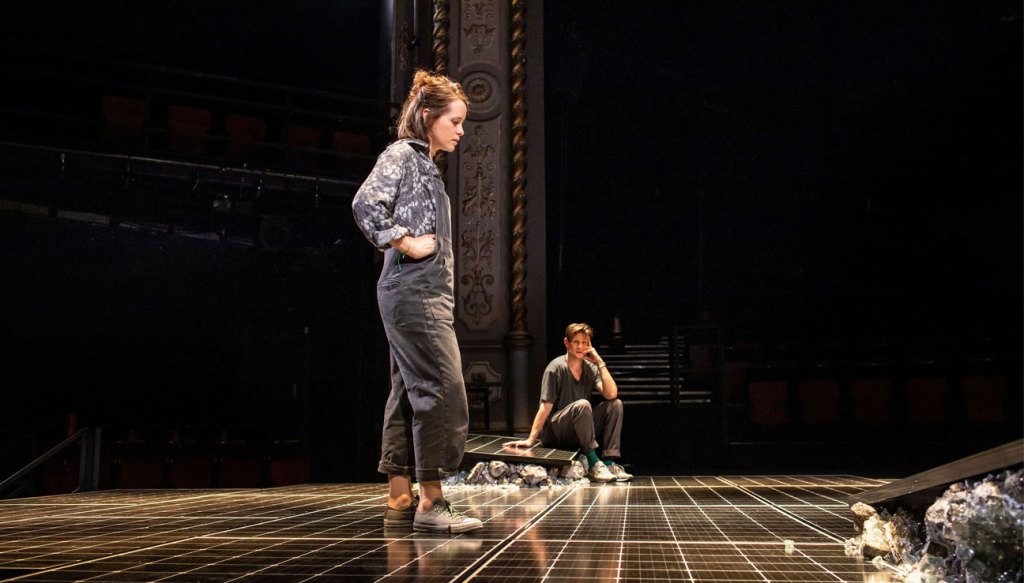 Director Matthew Warchus and designer Rob Howell employ a monochromatic, minimalistic approach that draws all attention to the performers. The Old Vic stage is almost bare, save for two mounds of rock and sea glass propping up two of the gridded floor panels as seats. Fetchingly dressed in casual gray, Foy and Smith move the story across locations and through time, with a simple about-turn or a dip of the shoulders.

Lungs opens on a hysterical register that almost never subsides, as the woman launches into an enormous, scatter-gun, raucously funny monologue, in response to her partner’s suggestion that they might have a baby. Riffing on maternal instinct, choice, timing, his effrontery and all else, it’s barely comprehensible as logical thought, more a wave of neurosis.

Foy is visibly shaking with her character’s agitation. It’s only after several minutes that we learn she’s shouting at the top of her lungs in the checkout queue at IKEA; the guffawing audience represents her startled fellow customers.

The woman will remain a tiny bundle of volcanic emotion — anxiety, uncertainty, anger, contempt, fear, distress — who’s prone to overstatement, such as when she suggests that “I’m about to give birth to the Eiffel Tower,” or “It’s like you’ve punched me in the face and then asked me a maths question.” She’s fiercely damning of her partner, whether accusing him of looking like a serial killer when they’re making love or being open about her disdain of his parents and her mother’s dislike of him. Like so many diabolical individuals, disarming honesty and amusement value keep her on the right side of our sympathies. 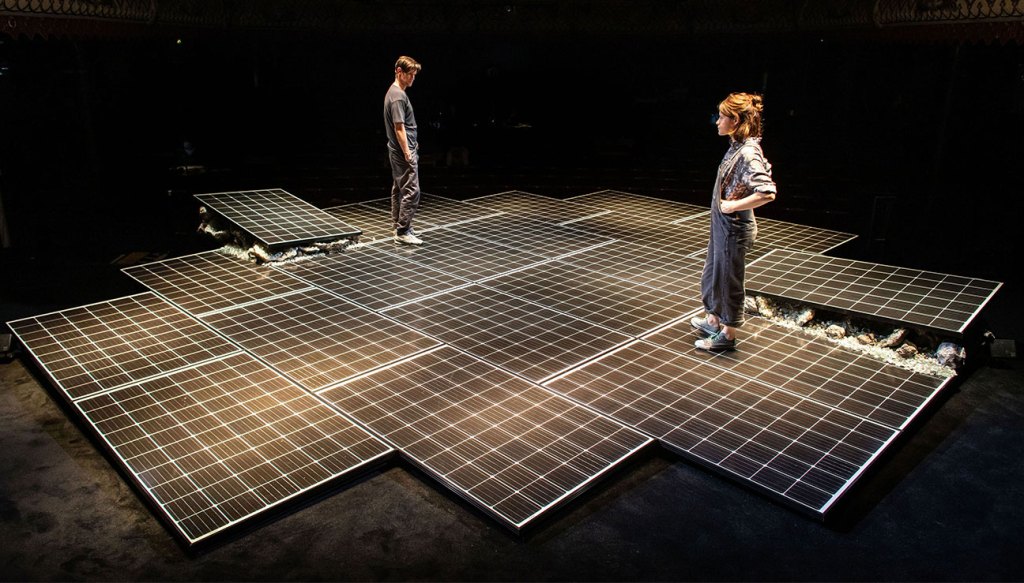 In contrast, he’s quieter, calmer, more measured, though these traits may not be as commendable as they first appear. “You’re… buffering,” she exclaims, brilliantly, in one of many moments of exasperation. By his own admission, he simply doesn’t know what else he can add. It’s also better that he keeps his mouth shut. It’s his coy assertion, for example, that too many uneducated people have children without thinking of the consequences, before she warns him off eugenics.

It’s ironic, then, that what they share is an obsession with being “good people,” that phrase becoming the mantra of the piece. While their concern for the environment is genuine (they’re constantly worrying about their carbon footprint and talking of planting trees), if both took themselves less seriously they might find life and parenthood a little less daunting.

Lungs kick-started the playwright’s career, which has since included People, Places and Things, his co-writing of 1984 with David Icke and recent adaptation of Ibsen’s Rosmersholm. This play is an indulgent gift to its actors, both a technical challenge and an opportunity to show off, which this starry pair embrace; particularly Foy, who has the lion’s share of the dialogue and displays the more nuanced emotional spectrum. The actress has always had mania in her pocket (Exhibit A: Steven Soderbergh’s Unsane), but the verbal dexterity she employs here to traverse wild wit, vindictiveness and vulnerability is a joy. Smith is more than able to dazzle himself, but here, as in The Crown, he happily plays second fiddle, the perfect foil.

Having just staged Present Laughter with Andrew Scott and with Jack Thorne’s adaptation of A Christmas Carol around the corner both in London and on Broadway, it seems that Warchus is determined to make audiences laugh in his role as the Old Vic’s artistic director. In the present climate, environmental and otherwise, who could blame him?