On Thursday, Lupita Nyong’o, Mélanie Laurent and Maria Shriver participated with social impact leaders and investors from around the globe in the Cartier Women’s Initiative Awards in San Francisco. Attendees at the event, which had a theme of Women #DrivingChange and The Ripple Effect of doing good, also included Fulbright scholars and members of the Obama administration.

For the program, Cartier selects seven women entrepreneurs out of a field of 21 finalists (three each from seven regions of the world), with a prize of $100,000 in funding for each winner. This year all seven winners were women of color, with products and services ranging from training for Korean senior citizens to teach their language online to providing clean-burning charcoal for families to cook with, from a program based in Nairobi. 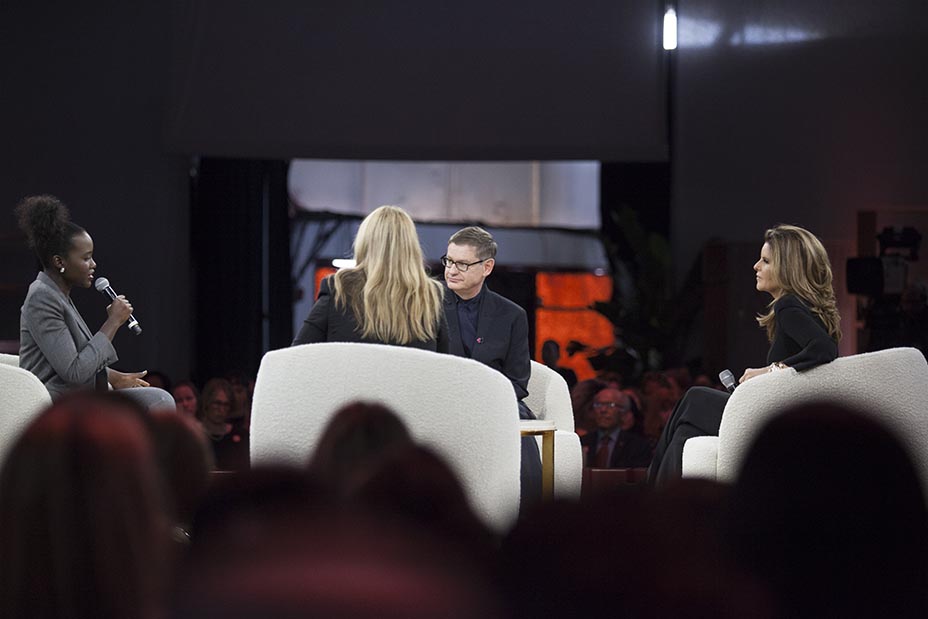 On a panel with Cartier CEO Cyrille Vigneron, moderated by Clique Brands co-founder Hillary Kerr, Nyong’o spoke about the power of using storytelling to change women’s lives. Mentioning how she grew up in Kenya near two sisters, one dark-skinned like herself and one who has albinism, Nyong’o noted how this taught her about her own biases, not being certain about the albino sister and tending more toward spending time with the other sister. Nyong’o subsequently made the 2009 documentary “In My Genes” about albinism, which in turn has shown her home country’s government how to better serve the albino population, which is discriminated against in hiring and health care, among other things. 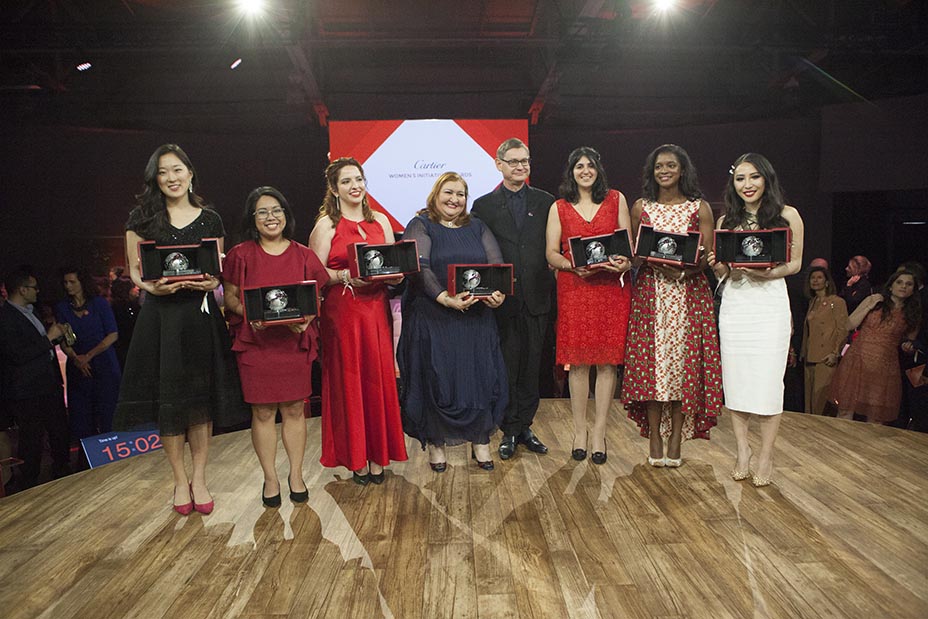 Hollywood also needs to improve on diversity, Nyong’o emphasized, noting that people handing out film awards should reflect our population and citing USC Annenberg Inclusion Initiative research that 78 percent of film critics are male and white, while only 14 percent are people of color.

As for storytelling, people in the entertainment industry say they “want a more universal story, which is code for white, it is so important to shatter that,” said Nyong’o. “With the diversity in storytelling (the bodies in front of the camera and the bodies behind the camera) it’s so important they reflect the world we’re living in. What that does is it encourages younger generations who might have an inkling for something to go on and do it, because it comes with a reward. I think that’s a powerful way to move us in the direction we want to go in. It’s important, in the world of awards, that the barometer that gauges value, and those people, have a diverse perspective.”

She continued: “When you invest in specificity, that’s when you really capture the universality. We can combat gender bias on a macro level and we can also do it on a micro level and this is where story exists — really showing the nuance of a person’s experience and, in so doing, you capture a larger humanity.”