How does an acknowledged expert on fictional dystopian cultures keep hope alive during trying sociopolitical times in the real world?

“I’m less interested in hope than I am in results,” The Handmaid’s Tale author Margaret Atwood told The Hollywood Reporter at Equality Now’s fourth annual Make Equality Reality gala at the Beverly Hilton Hotel, where the renowned Canadian writer and educator was honored for her longtime advocacy of women’s rights.

“But hope is a built-in human characteristic: We kind of can’t help having some of it or we wouldn’t get up in the morning,” Atwood continued. “So let’s say hope is a given … But then what do you do with that? It’s not enough just to hope. You actually then have to do something other than hoping. Unless you’ve got hope you don’t do anything, but unless you do something other than hope then the reasons for your hope are gonna dwindle.”

Although Atwood was not fielding questions about the much anticipated, in-progress sequel to her landmark 1985 novel about a totalitarian society named Gilead, which in turn inspired the critically hailed Hulu series, she did, however, reflect on why she was drawn to explore repressive, totalitarian and draconian societies, particularly those that denied women equal rights, in her speculative fiction.

Taking the stage for her awards presentation from Equality Now — which through an international network of activists and supporters seeks to challenge and defeat repressive laws regarding women’s rights, including sex trafficking, sexual violence and ritual genital mutilation — Atwood praised the organization for confronting and combating ugly practices across the globe.

“I am, of course, not a real activist — I’m simply a writer without a job who is frequently asked to speak about subjects that would get people with jobs fired if they themselves spoke. You, however, at Equality Now are real activists,” Atwood said. “I hope people will give Equality Now lots and lots of money, today, so they can write equal laws, enact equal laws and see that equal laws are implemented. That way, in time, all girls may be able to grow up believing that there are no avenues that are closed to them simply because they are girls.”

Along with the 70-year-old author, the event honored a new generation of socially conscious disruptors in the form of 20-year-old actress and activist Amandla Stenberg (The Hate U Give), who received the organization’s inaugural Changemaker Award, presented by Gucci, and engaged in a lively onstage Q&A session with Tracee Ellis Ross.

“It feels good that I can get a recognition just for being my authentic self as an artist,” Stenberg told THR. “Because, to me, I’m just doing me. But often times it’s kind of postulated as something revolutionary, which is not always my intention, but it’s really humbling to know that people think of it that way.”

“I’m just not happy if I’m constantly compromising who I am, or being inauthentic. It would be deeply damaging to my soul, so I would rather just move as myself,” she added, noting that in cultural moment where there seem to be an equal amount of victories and worrisome indicators in terms of female equality, “I find a lot of hope in kind of the amount of community-building that’s being done right now … I don’t think I’ve really witnessed that within this particular industry in this way before. That makes me feel really hopeful, because there’s no way that we can move towards gender equity if we’re not actually exercising those beliefs with each other and with our community. And so that gives me a lot of faith, just seeing the love that is moving through our sisterhood at this point in time.”

Also honored was behavioral geneticist Sue Smalley for her philanthropic efforts and leadership as a member of Equality Now’s board of directors. Smalley’s fellow board member, pioneering feminist Gloria Steinem, was unable to attend due to a bout of bronchitis, but actress Goldie Hawn pinch-hit in her place, reading Steinem’s speech in praise of Smalley’s efforts.

Host Whitney Cummings, who was moved to tears upon meeting Atwood on the red carpet, gave the proceedings a welcome light but still sharp-edged touch. Riffing on the appalling absurdity of the need for “believe women” messaging when no such hashtag-driven movement has been historically necessary for men, she took aim at the veneration of male con artists at the center of films like Catch Me if You Can, pointing out that convicted real-life con man Frank Abagnale, Jr., is now a highly compensated consultant for the FBI. “I lied on my resume for 15 years and no one’s writing me a check,” she quipped. “People still think I was on Grey’s Anatomy. I was not on Grey’s Anatomy, just FYI.”

The evening, which was attended by a diverse array of luminaries including Melanie Griffith, Retta, Paul Reiser, Norman Lear, Donna Mills, sisters Laura and Vanessa Marano, Joy Lenz and The Handmaid’s Tale TV producers Bruce Miller and Warren Littlefield, also featured musical performances by singer-songwriter MILCK, whose song “Quiet” has become an unofficial anthem of the women’s movement, and musician producer Linda Perry, as well as a stand-up set by comedian Demetri Martin. 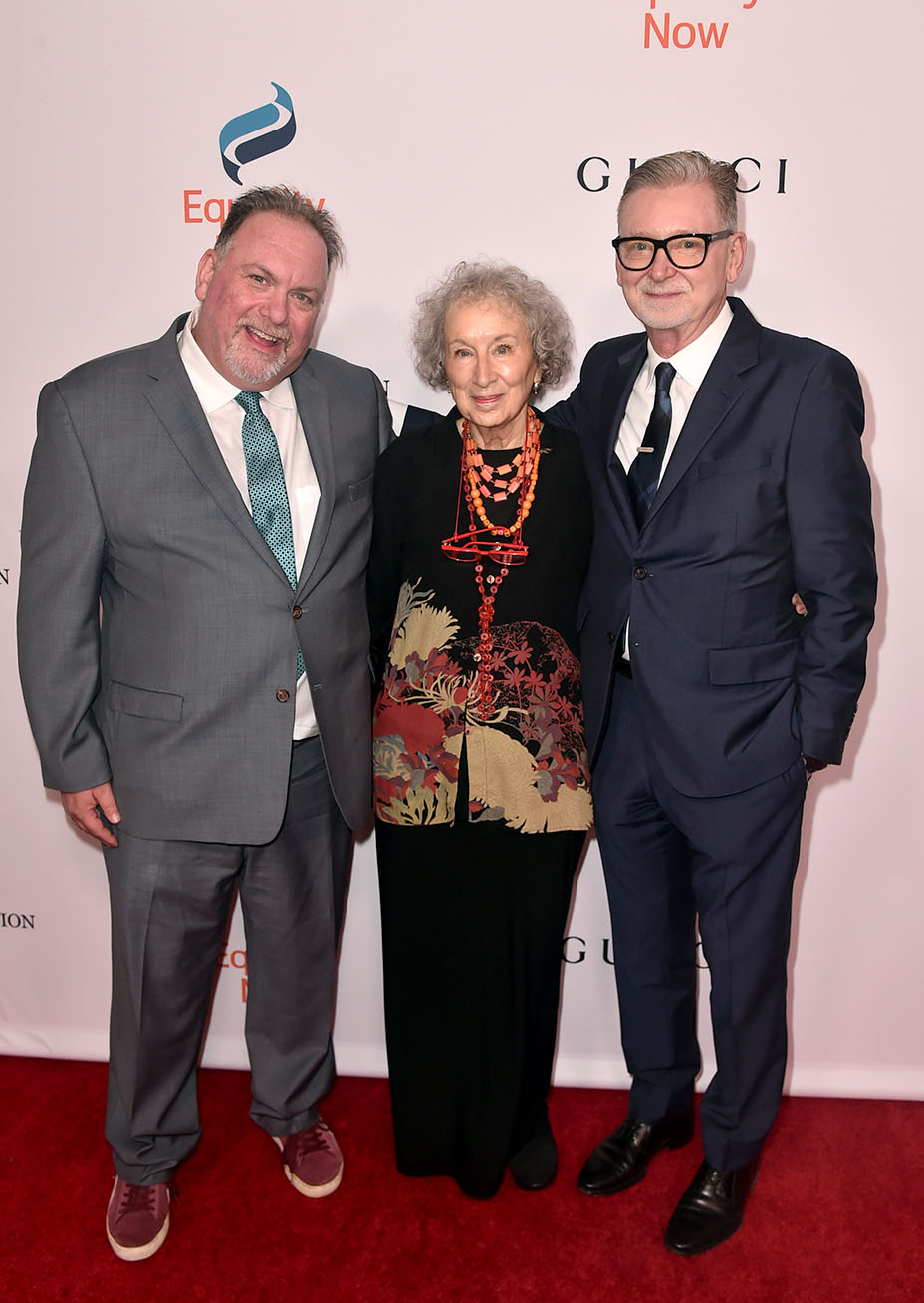