Jim and I were not partners at the time; we were writers who admired each other. He had created a show called Room 222 and asked if I could help him with the script. He was at Fox, and the head of television for Fox, Grant Tinker, took a liking to us, both separately and together.

Jim and I were talking on the phone one day, and I said, “Has Grant been talking to you about anything?” He said, “I think Mary is going to be doing a new show.” This was after The Dick Van Dyke Show, considerably after, because she had done a few years of movie work. It turned out that Jim was right. Grant was talking about the two of us writing a new show for Mary, and we had not met her.

After talking around the ideas we had, Grant said, “Maybe it’s time you guys met with Mary.” We had already done some writing she liked and so went over to her house one night and she just committed to it. Grant’s approval was the stamp of approval, as far as she was concerned. If Grant trusted us, she trusted us, and that never changed.

We had the idea that we would do the first divorcee on television. It’s hard to believe, but in 1970 that was a controversial idea. Mary loved the idea, Grant loved the idea. Both of them were divorced and understood it, but the network had a sort of cardiac episode. We were summoned to New York, to the office of Mike Dann, who was then the head of programming for CBS. He was a long-termer, the entity you had to go to, hard-nosed. He did not like what we had proposed and in fact called upon a research guy who was in the meeting with us.

They were really ready for the two of us, and we were relatively inexperienced. We thought we were ready for their objections to divorce, because we said everybody is touched by divorce and it gives us an awful lot of possibilities story-wise. They clearly were not happy. We had gone to New York accompanied by Arthur Price, who was Mary’s manager and the vice president of MTM, and when the meeting was over and Jim and I were dismissed, [Dann] turned to Arthur and said, “Tell Grant to get rid of these clowns.”

We said, “OK, if they won’t do divorce, what can we do that would explain an attractive 30-year-old woman without a relationship?” We came up with the notion that this woman is coming off a long-term relationship with a guy at the Mayo Clinic. They were somewhat satisfied; as long as they had gotten rid of the divorce idea, maybe they would tolerate us a little longer. And that’s what the first show was really about: a woman having to give up her small-town life in Rochester, Minn. The main title sets up the whole thing.

Grant liked it and Mary trusted Grant. She was the most hands-off star I ever met. If her husband approved of us, we must be good — that was her attitude. She never asked to be included in any of the creative decisions. She just happened to be the most talented comedienne on television. 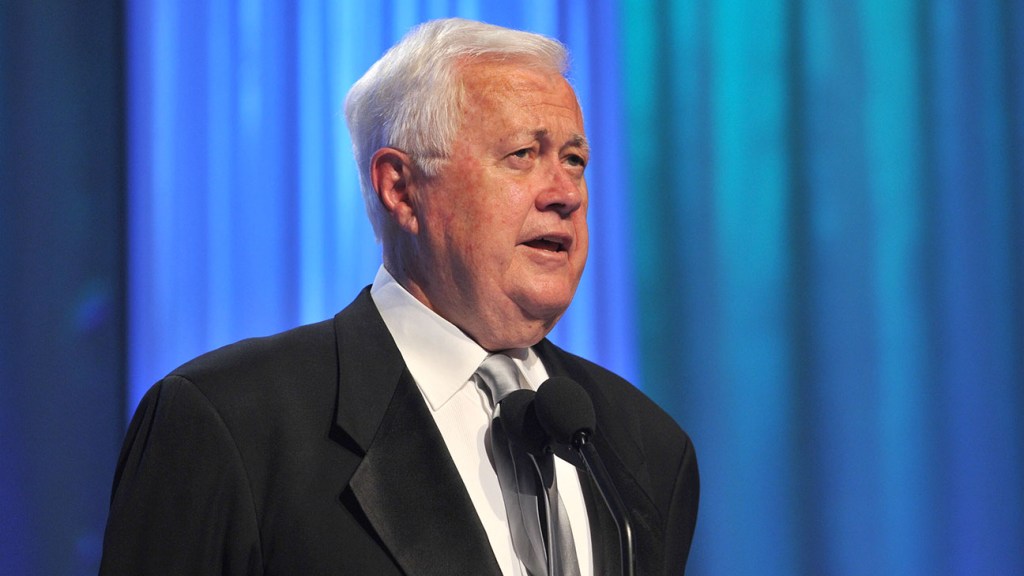 But CBS didn’t like a lot of our scripts. At one point, pretty early on, we had a script in which Rhoda’s mother came to visit. She wouldn’t see her mother — and they hated that. The whole idea that the co-star of a show would not want to see her mother! This guy called us from CBS and said, “I’m going to tell you not to shoot this show.” So Jim and I looked at each other, and we called Grant and said, “They told us we can’t do this show.” He said, “The one we’re supposed to be shooting next week? I love that show. It’s funny.” I said, “What are we supposed to do?” He said, “Go ahead and shoot it.”

People don’t do that, back up the writers against the network. They [Tinker and Moore] just backed us up. We may have had some minuscule changes, but very, very minuscule. As it turned out, that particular episode won us an Emmy. That’s Mary and Grant. They were really ballsy. We didn’t have one show that they didn’t let us shoot in 162 episodes. I guess it was some sort of fool’s paradise. I had friends who were doing other shows, for other studios, who were having terrible times with the interference. It was like this dream, our whole experience with them.

Mary was a dream. I can’t imagine having a working relationship like that with anybody else. She was so trusting and so enthusiastic. She just had our back. We met her and we loved her. It never stopped for seven years.

What would surprise you was how shy she was. Very shy. Somebody who really glittered in the spotlight, when it was on her, was very self-effacing, very quiet. After we started the second year, Mary came up to us one day and very quietly and wistfully said, “Guys, I can be funny too,” instead of “Why the hell aren’t you …?!!”

If you want to ask me one word to describe her — other than talented — it was generous. Once, we were reading a script around the table, and one line got a particularly big laugh. Mary kind of put her hand up timidly and said, “You know that line? I think you’d get a bigger laugh if Rhoda said it.” Now where did you ever hear a star say, “Let me give this huge laugh to another character?” Valerie [Harper] killed with it — but it could easily have been Mary. She thought for the good of the show.

That famous “Chuckles Bites the Dust” episode was [a favorite memory]. There was a clown who gets stepped on by an elephant and dies. We thought it was an absolutely ridiculous way to die, but hysterically funny. Nobody could keep a straight face. All through the rehearsal, everybody’s howling. But not Mary — the character, that is, not Mary Tyler Moore. For her, this was not a proper thing to do: A man has died and you should respect that. All through the week, everybody fell apart with laughter. Even up to dress rehearsal, she still got a giggle about it. We said, “Mary if you don’t keep a straight face, this whole half-hour is gone.” She says, “Don’t worry.” Well, when we finally shot it, she did not crack a smile. She was as stern as could be. Then, at the funeral conducted by this unctuous priest, she starts to laugh. She can’t stop herself. Everybody else now is acting very serious. Mary finally explodes with laughter. I think it’s the loudest, longest laugh we ever had — but how difficult it was to be able to suck it up on that last night and give this performance. She won an Emmy for it.

[Years later] I got a call from Robert Redford one day — which impressed my secretary. He said, “I’m doing this very serious movie and I can’t get Mary Tyler Moore out of my mind.” They lived in the same stretch of Malibu. I said, “I have no doubt that whatever you’ve got in mind for her, she will do it and surprise you. She is just remarkable. She can do it all.” And it turned out she could, because she got an Oscar nomination for that [Ordinary People]. I always said: There was nothing that Mary Tyler Moore was incapable of. She was just wonderful.

I miss her dearly. To lose both of them [Moore and Tinker] in six weeks was quite a blow. Mary was a dream in every way. In temperament, in talent, in beauty. A remarkable woman.