Some of the most talented and creative minds in Hollywood gathered tonight at Ciprani 42nd Street in New York City for The Gordon Parks Foundation’s Annual Awards Dinner. Everyone from Grammy-winning musicians to famed artists came together to not only celebrate the legacy of Gordon Parks, but also honor those who continue to make it their mission to make an impact in the world of the performing and visual arts and humanitarianism.

“I never dreamed I would be honored for this award. I’ve talked to Pops, and I’ve told him all about it,” Mavis Staples tells The Hollywood Reporter. “We’re relatives — the music and the arts. We’re cousins. First cousins. So it’s very important for me to support any parts of the arts.”

Congressman Lewis also has a high respect for the arts, saying just how big of a role they had in his life.

“If it hadn’t been for the arts, I don’t know what would have happened to me. The paintings, the drawings, the dance and the music inspired me,” Lewis says.“Even when we were beaten or put in jail during the ‘60s, someone would just start singing a song. Even when we were marching on Washington in 1963, we were singing. The arts tend to liberate us and free us to be a little more human.” 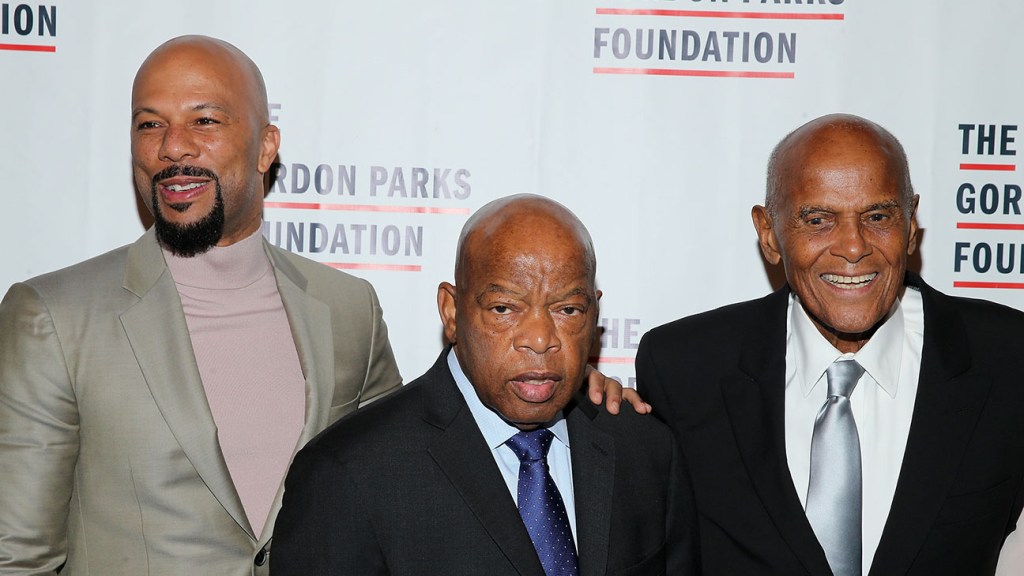 As a longtime fan of Parks, Grammy and Academy Award-winner recording artist Common couldn’t have been more honored when he was asked to perform at the event.

“Gordon Parks has motivated me as an artist. His work, his photographs — they brought a story of Black America and who we are in this country in a unique way,” he says. “He always inspired me. I used one of his photos for my album Like Water for Chocolate, and I got to participate in something where we recreated one of his photos. He’s always been an influence, so when I was told that I could be a part of the Gordon Parks Foundation event, I wanted to honor him and pay respect to where a lot of this has come from. He’s one of the greatest American artists we’ve ever seen.”

Also in attendance as presenters, special guests, and co-chairs were Usher, Stephen Colbert, Martin Scorsese, Alicia Keys, Swizz Beatz, Leon Bridges, and Black Thought from The Roots. All proceeds from the evening will benefit the foundation’s artistic and educational programs and initiatives.

How 'Hidden Figures' Got Its 1960s "Kodachrome Look"