It’s 6 a.m. and before heading to Participant Media, where he’s senior vp of creative marketing, Alex Kostich is at Culver City Plunge getting in his laps. Nothing unusual about that. Hollywood is full of driven, health-conscious execs who hone their edge training for triathlons and CrossFit competitions. At Participant alone, “Our head of narrative production, Robert Kessel, has run 33 marathons and our COO, Gabriel Brakin, just climbed Kilimanjaro,” says Kostich, 49. But unbeknownst even to most of his colleagues, Kostich — who worked on Oscar winners Green Book and Roma and was admitted to the film Academy this spring — is an accomplished open-water swimmer who tends to win his races. Lots of them. 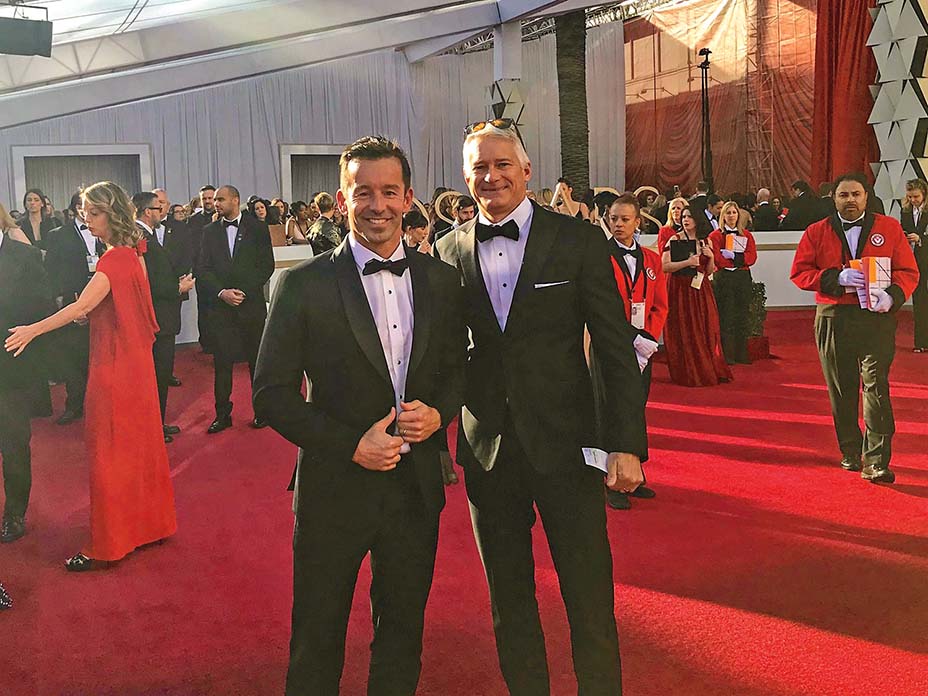 He won a 5-kilometer swim in Santa Barbara this summer and placed second in Manhattan Beach’s 2-mile Dwight Crum Pier-to-Pier Swim on Aug. 4. Earlier this year, in what he says has been his toughest swim yet, he became the first to complete a 10-kilometer solo circumnavigation of Pitcarin Island in the South Pacific (after recovering from shoulder surgery). The swim is currently being ratified by Guinness World Records. And while in San Francisco for work in July, he entered — on a whim — and won the Swim Around the Rock (i.e., Alcatraz).

The son of Yugoslavian immigrants — both accomplished swimmers — Kostich grew up in Boston (“I learned to swim before I could walk”) and swam at Stanford, where he trained with future Olympian Janet Evans. As a member of the U.S. National Team, he won three gold medals at the Pan American Games in 1987 and 1991. Open water only appeared as an Olympic event in 2008. USA Olympic swim coach Dave Kelsheimer, who heads up Team Santa Monica (TSM) and coaches elite swimmers such as Olympian Jordan Wilimovksy, points out that Kostich was swimming under a 15-minute mile by the time he was 20. Had the 10-kilometer been part of the Olympics earlier in Kostich’s swimming career, says Kelsheimer, he likely would have been competitive in such an event.

Up next is the Waikiki Roughwater Swim on Sept. 2, an annual 2.4-mile race that draws swimmers from around the world, including Olympians; Kostich has won or placed in the top 10 every year since 1993. “I only have one ocean to swim in, so I love that I’m able to work on projects that raise awareness about climate change,” says Kostich, who’s currently focused on upcoming docs as well as Todd Haynes’ (non-swimming-related) environmental legal drama Dark Waters, out from Focus Features Nov. 22.

“As far as the inevitable ‘swimming with sharks’ parallels, my encounters with sharks in the ocean — and I do have them — have been far more agreeable and welcome than some of the encounters I’ve had in the business,” says Kostich. When supportive colleagues ask to watch him race, “I generally dodge the question,” he adds with a laugh. “I prefer they don’t see me in a Speedo!”

Why Hollywood Flocks to Mustique