Wherever midcentury socialite Dolly Green went, a party usually followed. “She would walk into restaurants, and piano players would break into ‘Hello Dolly,’ ” her godson Hernando Patrick Courtright recalls. “She would peel out a hundred-dollar bill and throw it in the fish bowl. Everybody made a fuss over her. When you were with her, you felt like you were with royalty.”

In a way, Dolly was royalty: As the daughter of Burton E. Green, an oilman turned real estate developer, she was the princess of the first family of Beverly Hills. A century before Lisa Vanderpump and Denise Richards brought indulgence and sass to The Real Housewives of Beverly Hills, Green luxuriated in extravagance and dominated its social scene, hosting the top movie stars and moguls of her time. Her reign was set before she was born. In 1900, her father and a group of speculators — including drilling pioneer Charles Canfield and Pacific Electric Railway owner Henry Huntington — bought the Hammel and Denker ranch in rural West Los Angeles. They thought they’d find oil, but instead found groundwater. The oil company quickly was reinvented as Rodeo Land and Water Co., and the high-end development of Beverly Hills was born.

Though it is up for debate whether Burton coined “Beverly Hills,” after his hometown of Beverly Farms, Massachusetts, there is no doubt he was the first founder to build a mansion in the neighborhood, a grand Tudor on Lexington Road where he would live until his death in 1965.

Within 10 years, the conservative moneyed class of Beverly Hills — manufacturers, oilmen, bank presidents — was colonized by newly rich Hollywood folk. Swashbuckling movie star Douglas Fairbanks started the charge in 1918 by buying a hunting lodge called Grayhall, redubbing it Pickfair for assignations with Mary Pickford, then the most powerful star in Hollywood. Charlie Chaplin, Rudolph Valentino, Will Rogers, Harold Lloyd and screenwriter Frances Marion soon joined them in the community graced with large plots of beautiful, secluded land and a protective police force.

“For the most part, the better neighborhoods of L.A. didn’t want the movie people,” says Nancie Clare, author of The Battle for Beverly Hills: A City’s Independence and the Birth of Celebrity Politics. “As time went on, Beverly Hills reaped the promotional benefits of being home to so many movie stars.” (Ultimately, Burton Green and the other members of the Rodeo Land and Water Company got more than they bargained for: In 1923, Pickford and her famous friends organized to defeat Beverly Hills’ annexation into Los Angeles, against his and other developers’ wishes.)

It was in this heady bubble that Dorothy “Dolly” Wellborn Green, born in 1906, grew up, along with her younger sisters, Liliore and Burtie. She attended the prestigious Marlborough School and finished her studies on the East Coast before returning to Beverly Hills to marry Dick Graves, the first of three husbands. When that marriage ended in 1933, she courted a playboy by the actual name of Speed Post, before breaking it off for an extended tour around the world. “How fortunate you are to have found the path you seek. If I don’t find it soon, I shall go quite mad,” she wrote a confidant while sailing back to America from Europe. “My only salvation is to keep every moment occupied so that I won’t have the opportunity to commit follies.” 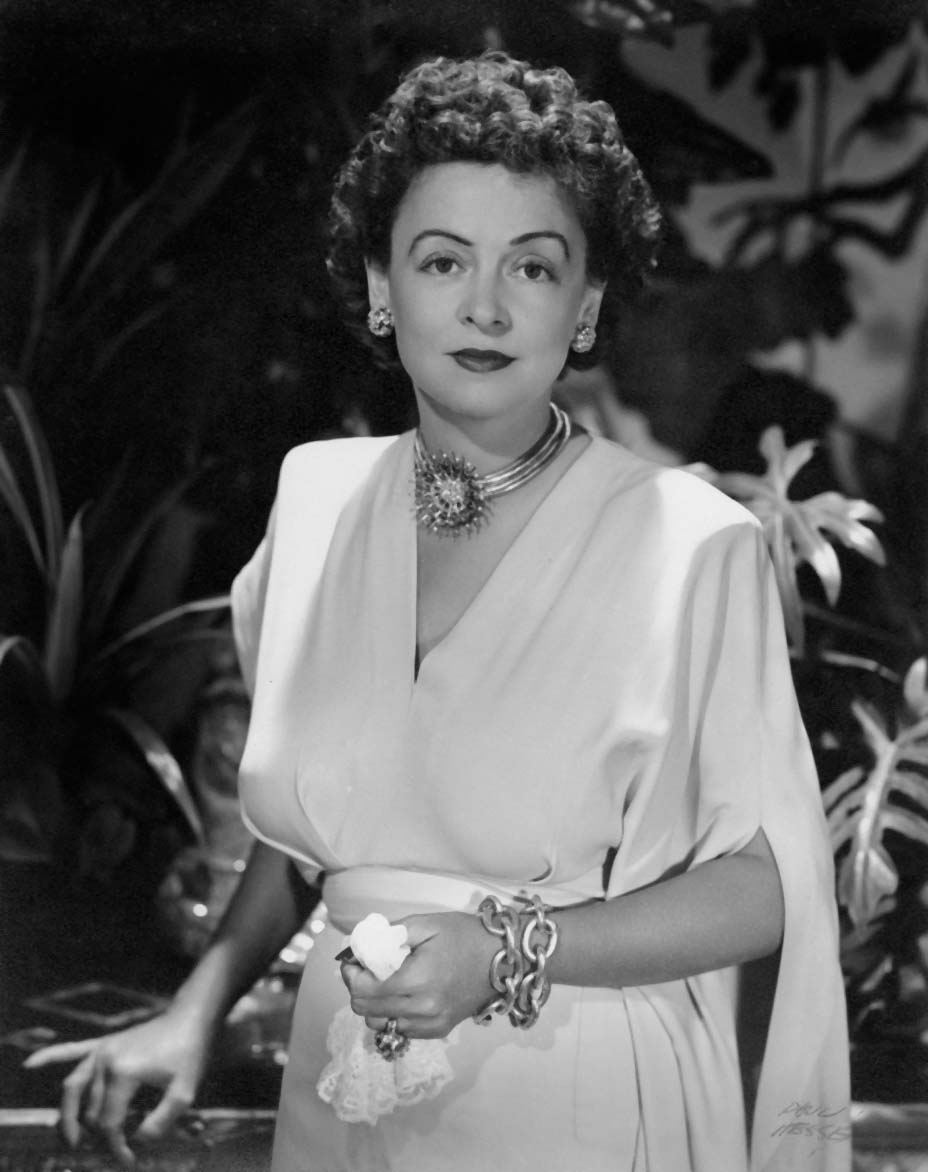 Around 1938, after ending her second marriage, to William Walker, Green moved into her first landmark property, 613 Mountain Drive, an Italian villa in Beverly Hills built in 1926. The mansion, decorated in red, white and gold by matinée idol-turned-interior decorator William Haines, featured her collection of dolls representing popular movie stars, including her pal Merle Oberon. 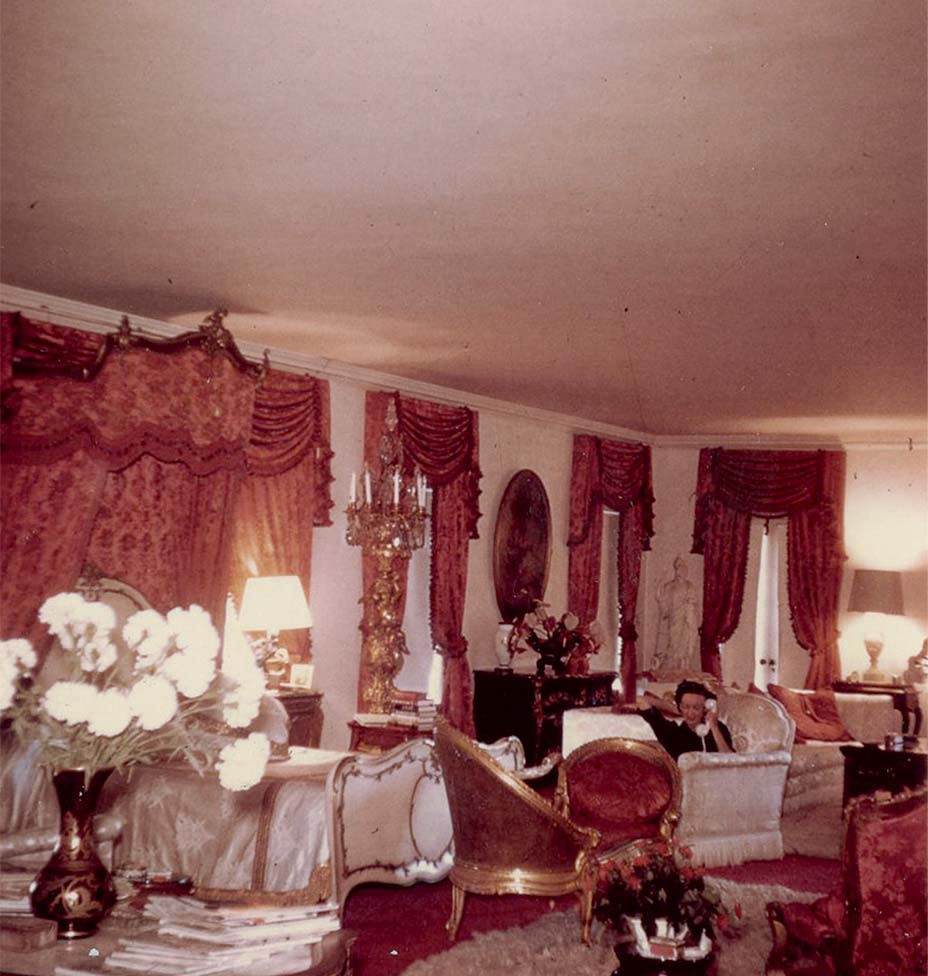 Even with friends like Joan Crawford, Claudette Colbert and Joan Fontaine, who worked punishing hours at the studios, Green had the bankroll — and free time — to cultivate a lifestyle more glamorous than that of any actress. “She was very flamboyant,” says her goddaughter Diane Hunt Stockmar. “She always drove a red convertible Cadillac with white interior. Her nails and toenails were always painted bright red, her hair was black as coal. She had so many fur coats, she was like, ‘Eeeny, meeny, miney, mo, which do I wear to this event?’ ” She collected rubies, and made a point of ordering whatever was featured on the cover of the Van Cleef & Arpels jewelry catalog. In the 1980s, richer than ever because of the $3.6 billion sale of Burton’s company to Shell Oil, Green began to buy horses, eventually amassing a stable of 74. By the time she died in 1990 at age 84, her estate was worth $1 billion.

An incorrigible flirt, Green enjoyed relationships with influential men, two in particular. The first was Hernando Courtright, an executive tasked by Bank of America to save the floundering Beverly Hills Hotel. In 1943, “he got a consortium of people like Jack Warner from Warner Bros., Irene Dunne, Loretta Young … they all invested and bought the hotel,” says his son Hernando Patrick Courtright, who believes his father and Green had a brief romantic relationship before settling into a close friendship. Green also helped front the elder Courtright’s purchase of Beverly Wilshire Hotel a decade later.

But it was Neil McCarthy, lawyer to Louis B. Mayer, Howard Hughes and Cecil B. DeMille, who was the love of Green’s life. The grandfather of actress Sharon Gless, McCarthy began an affair with the heiress in the 1940s. “I think they were very much in love with each other,” Gless says. With the wife of the very Catholic McCarthy refusing to divorce, the McCarthys eventually settled into an amicable separation, with Neil moving nearby into 9481 Sunset Blvd. in Beverly Hills, which Green had briefly owned. McCarthy and Green continued their relationship — so entwined were they that mutual friends like actress Lorena Mayer and gossip columnist Louella Parsons addressed letters to them together.

Perhaps due to her relationships with Courtright and McCarthy, Green eventually converted to Catholicism and became a member of a kind of Catholic cabal in Beverly Hills. This social group, centered around the Beverly Hills Hotel, the Church of the Good Shepard and posh eateries like her friend Michael Romanoff’s famous restaurant, included Irene Dunne, Rosalind Russell, Hernando and Marcella Courtright and Loretta Young.

As Green danced toward middle age, she focused her considerable energies on becoming one of the premier hostesses of Beverly Hills, welcoming friends from a variety of rarefied circles. Her guests included neighbors Pickford and Marion Davies; socialities Barbara Hutton and Prince Aly Khan; and industry powers Ray Milland, Janet Gaynor, Darryl Zanuck, Hal Roach, Ginger Rogers and the Disney family. “The society of wealth in L.A. was much more open, much more fluid, much more raffish, much less confined and much less constipated than on the East Coast,” says Michael Gross, author of Unreal Estate: Money, Ambition, and the Lust for Land in Los Angeles.

But life was not all glittering parties. Until the day she died, Green kept a small photo album. Pasted in front was a faded newspaper clipping announcing a shower for a baby she had adopted. Inside are pictures of a beaming Green, attentively tending to a brown-haired toddler, surrounded by presents of the requested “red and white toys” theme. Goddaughter Stockmar, author of the memoir All That Glittered Was Not Told, believes that she is that baby ­— that she was not adopted, but in fact born at Green’s estate on Mountain Drive in 1947, the biological child of Green and McCarthy. The couple and Burton arranged to have her adopted by the wealthy — and stable — Hunt family in nearby Brentwood after several years of being raised by Green. “She got pregnant with me to get Neil McCarthy to marry her,” Stockmar says. “He would have nothing of it. And so, I didn’t serve my purpose.” 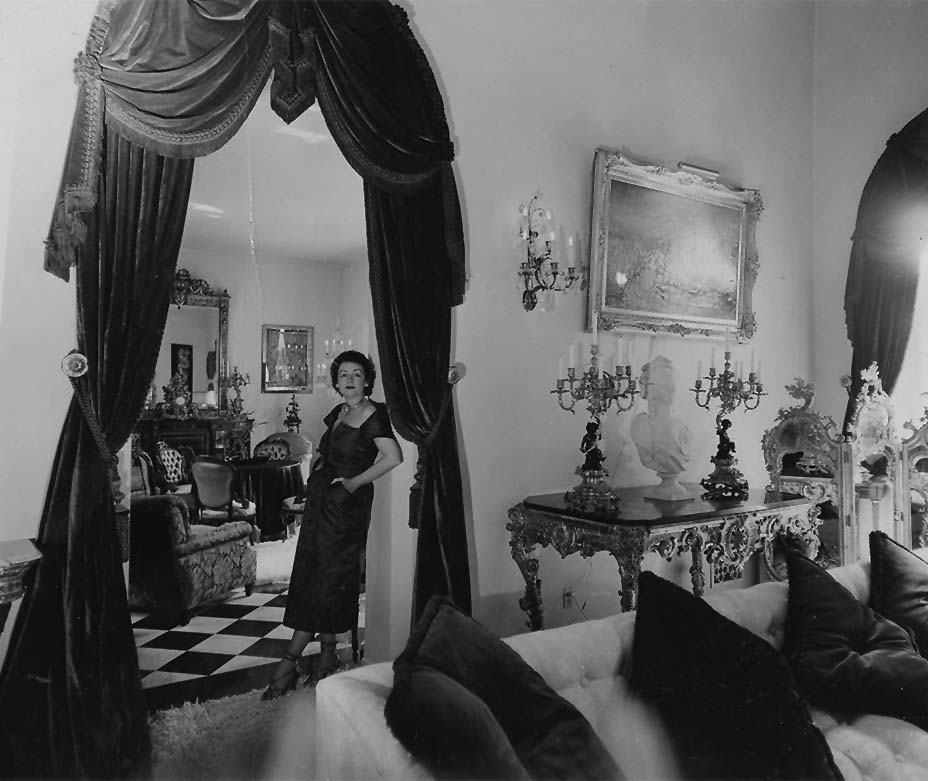 When Stockmar turned 6 or 7, Green “came back into my life as this glorious godmother who would take me to lunch,” she says. “And then the next thing I know we’re hanging out together.”

While Green’s alleged daughter was growing up in nearby Brentwood at 360 North Rockingham Ave. — the future home of O.J. Simpson — the heiress was acquiring her next great estate in neighboring Bel Air. Currently on the market, 10539 Bellagio Road was designed by architect to the stars Wallace Neff for movie producer Sol Wurtzel. Howard Hughes had once lived there, Prince Rainier of Monaco had stayed there while wooing Grace Kelly, and Elvis had rented it out during one of his forays into Hollywood. “She used to tell me that the house had to be redone because Elvis had owned monkeys and messed everything up,” Courtright recalls. Adds Stockmar: “I’ll never forget her buying it and saying, ‘Well you know, his [Elvis’s] chimpanzees swung from the chandelier!’” 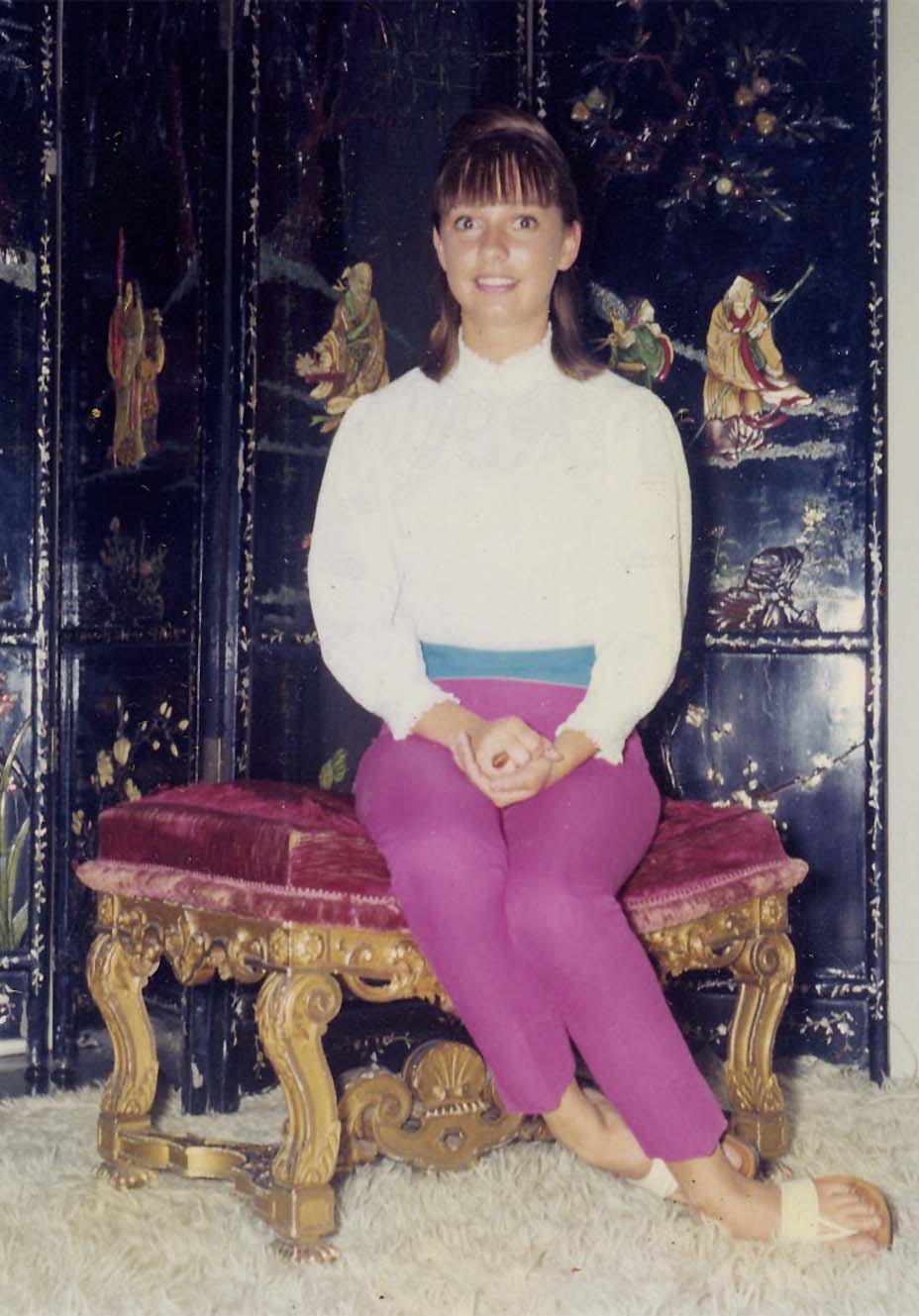 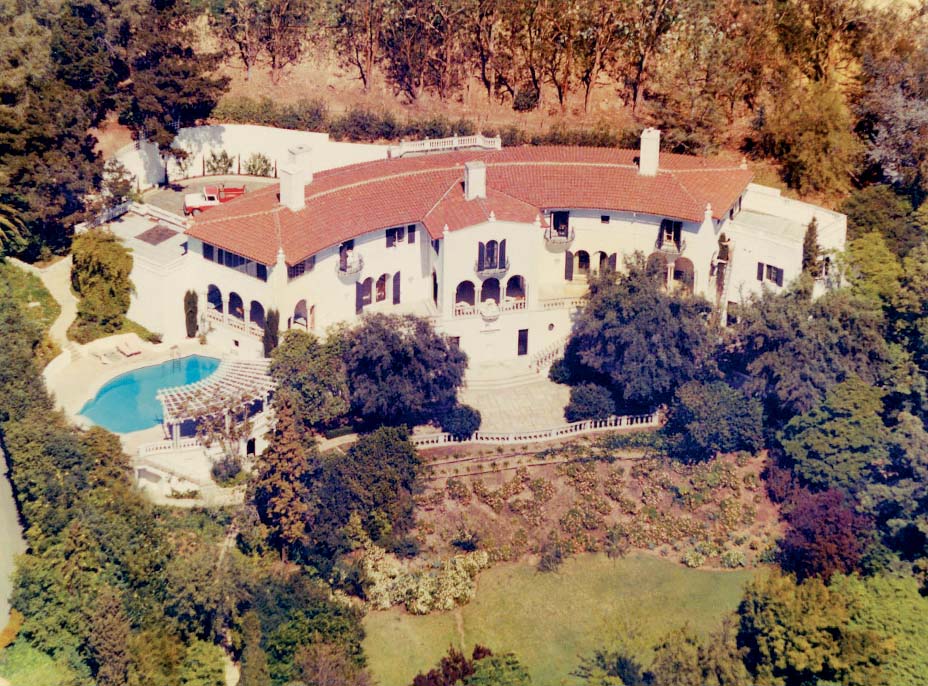 According to Stockmar, as she became a teenager, it became harder to hide the truth of their relationship. “We were at this party in Santa Barbara, and one of her friends said, ‘Oh my goodness, she could be your daughter!’ The look on her face was stricken.” When Stockmar confronted Green, asking, ” ‘Why did you give me away?’ … She was so vulnerable right then, and she just looked at me, batted those eyes and said: ‘I just thought it was the best thing for you.’ “

And what of the man Stockmar believes is her father? According to Gless, Green remained a whispered name in the McCarthy family and a trusted friend to him all his life, even after he remarried following his first wife’s death. “I think she was in love with him till the day he died,” Gless says. During her grandfather’s final illness, “she brought flowers from her garden every single day. Every day! Fresh flowers that she had grown and picked.” Gless finally saw the woman she had heard about for so many years at her grandfather’s funeral in 1972. “A woman arrived in a long black dress, black heels, black hat and a heavy, heavy black veil — real widow’s weeds,” recalls Gless. “I said, ‘Jesus, who’s that?’ My brother or my cousin or someone says, ‘It’s Dolly.’ “

In the last years of her life, Green declined to a great degree. Stockmar was horrified by Dolly’s unkempt condition on her last visit, and believes that longtime staff members conspired to embezzle part of Dolly’s fortune. “Do I think that they murdered Dolly?” she says. “No, [but] she was very sick. I think she did die of natural causes, but … she was kept in her bedroom the last few years of her life as a recluse.” Adds Courtright: “There was a lot of weird stuff. I would come visit Dolly when she had Alzheimer’s. I got the impression that she was being taken advantage of.”

Green died Sept. 4, 1990, at age 83. Her millions were dispersed to staff and charities, though no money was left to Stockmar. Buried in L.A.’s Calvary Cemetery, near many of her famous Catholic friends, this daughter of Beverly Hills left behind a life of mystery, sadness and an unquenchable urge for excitement. “In spite of it all,” she once wrote in a letter on a transatlantic ocean liner to her sister Liliore, “there is that mad, surging joy of life that … makes us love to be alive.” 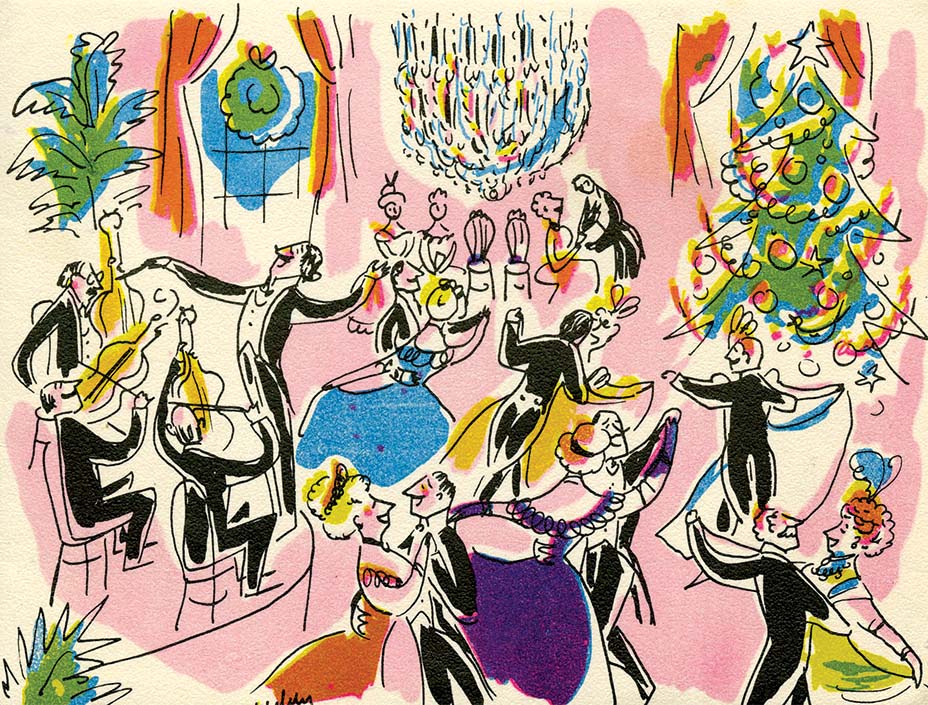 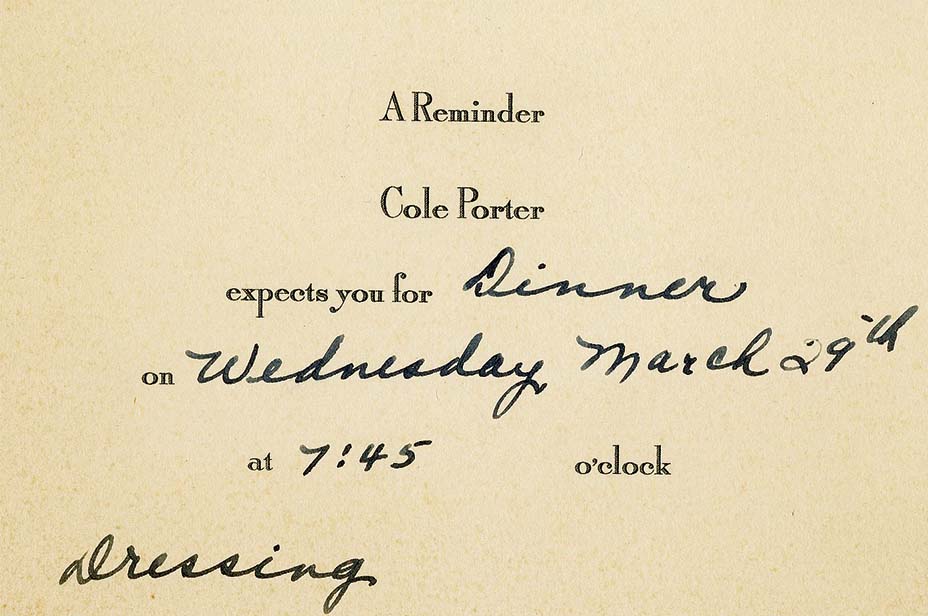 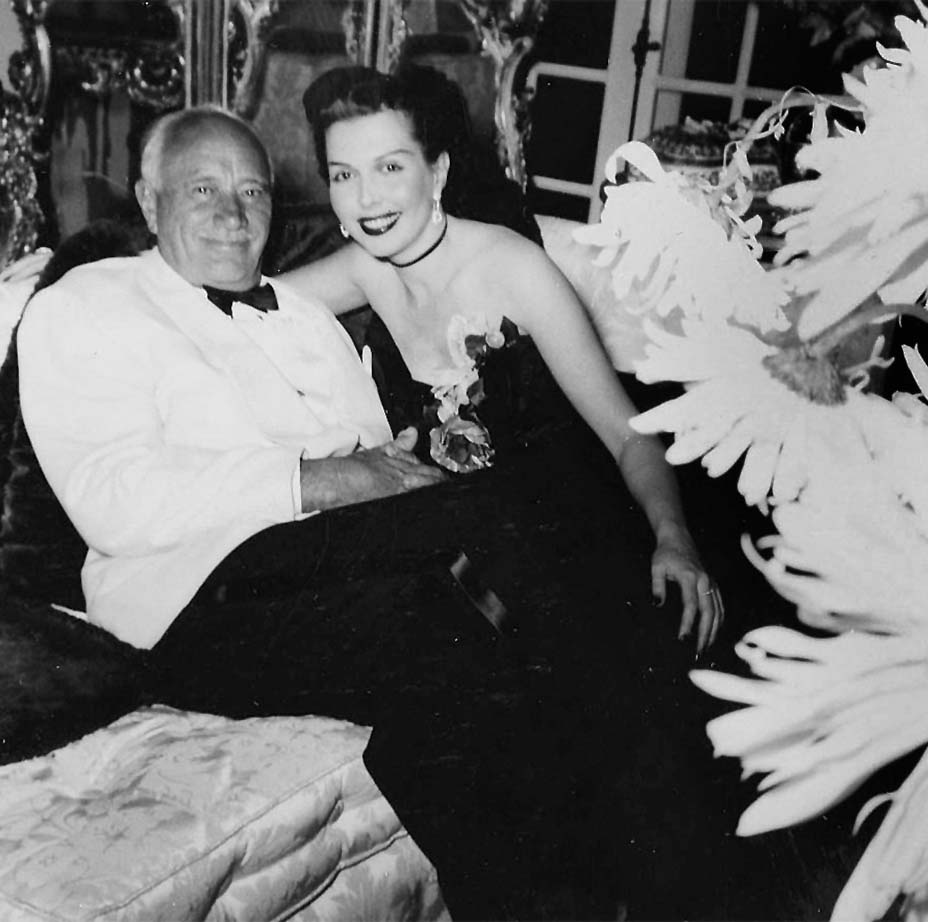 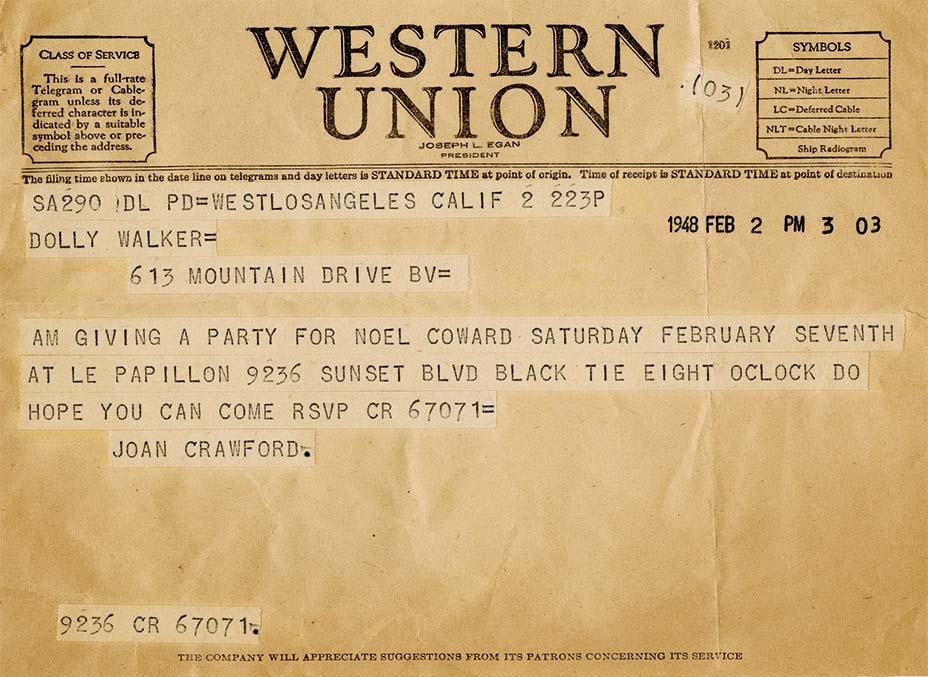 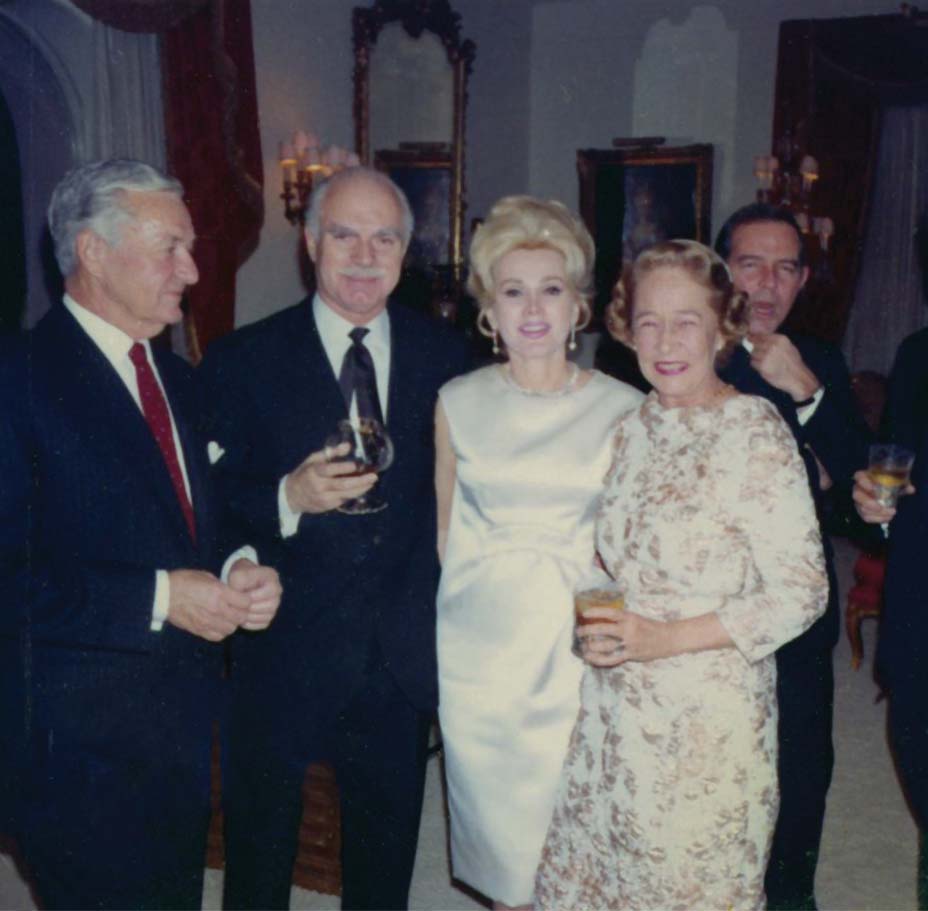 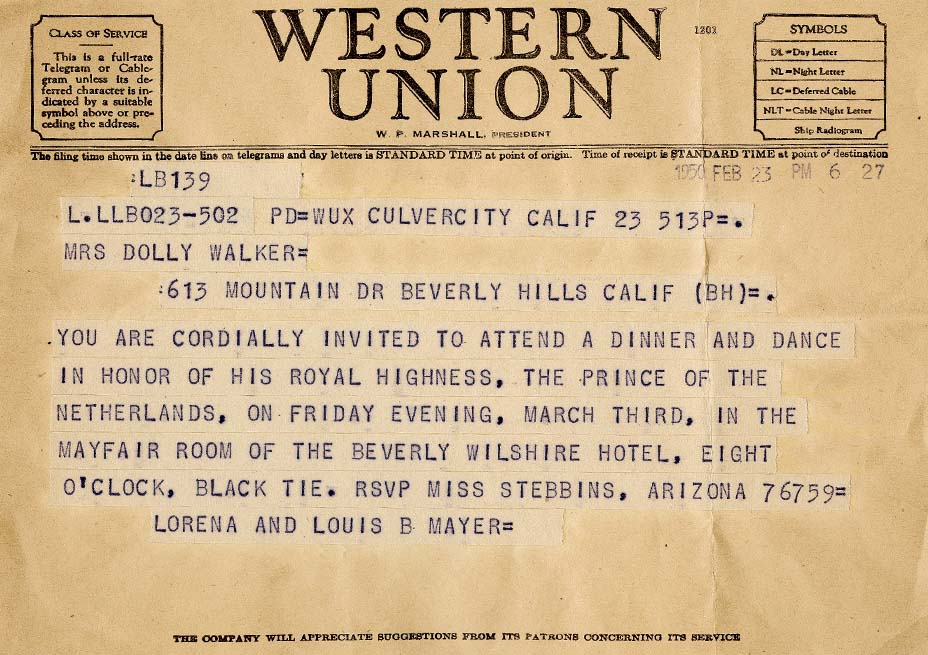 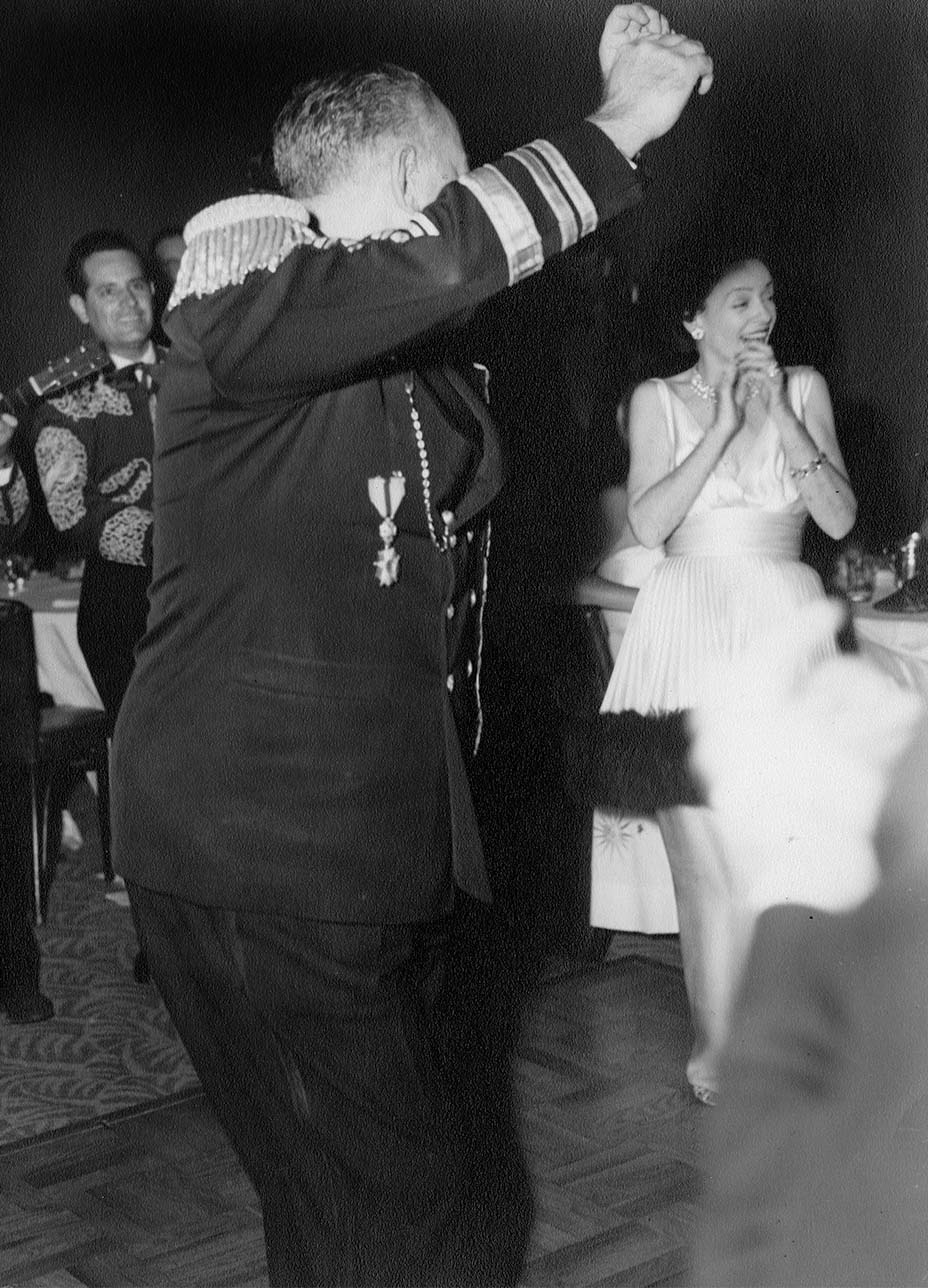 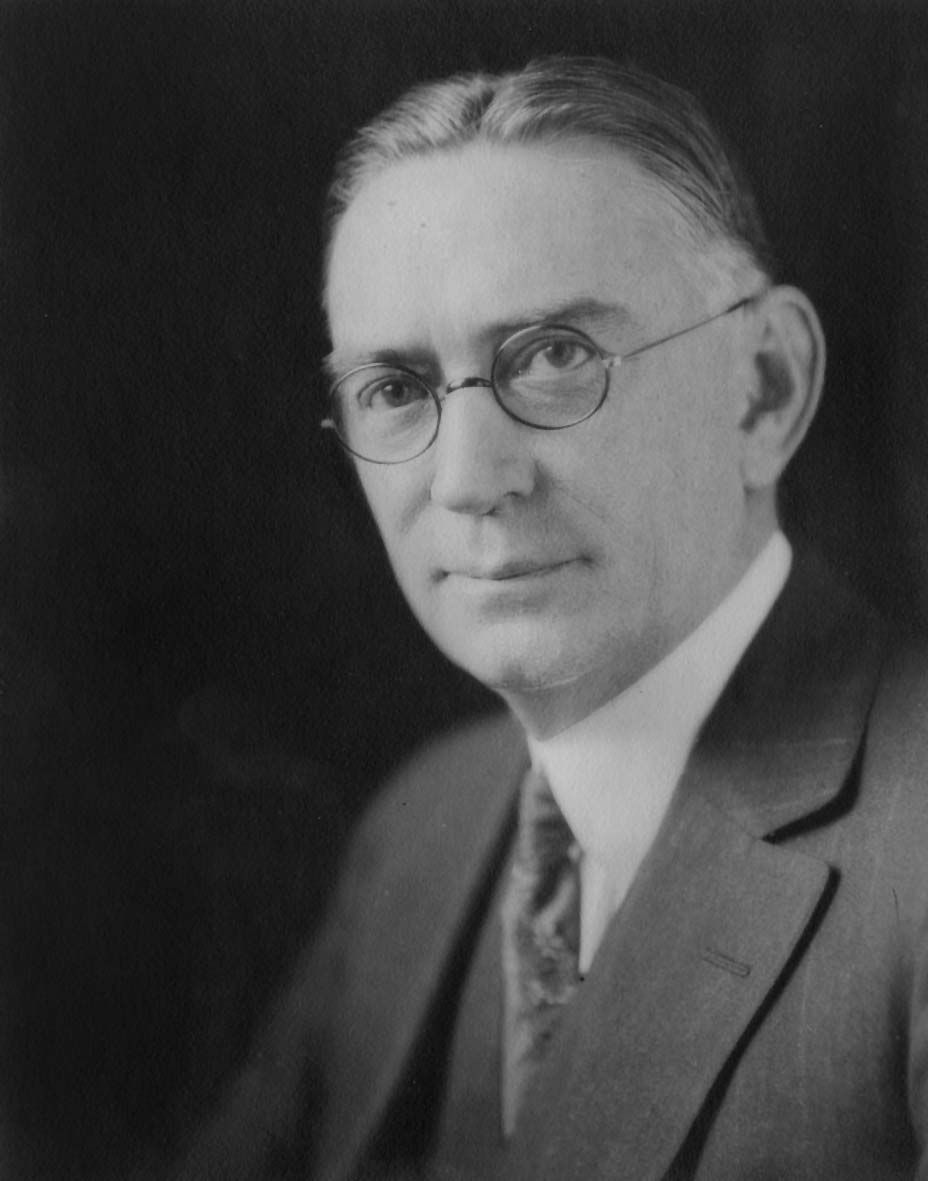 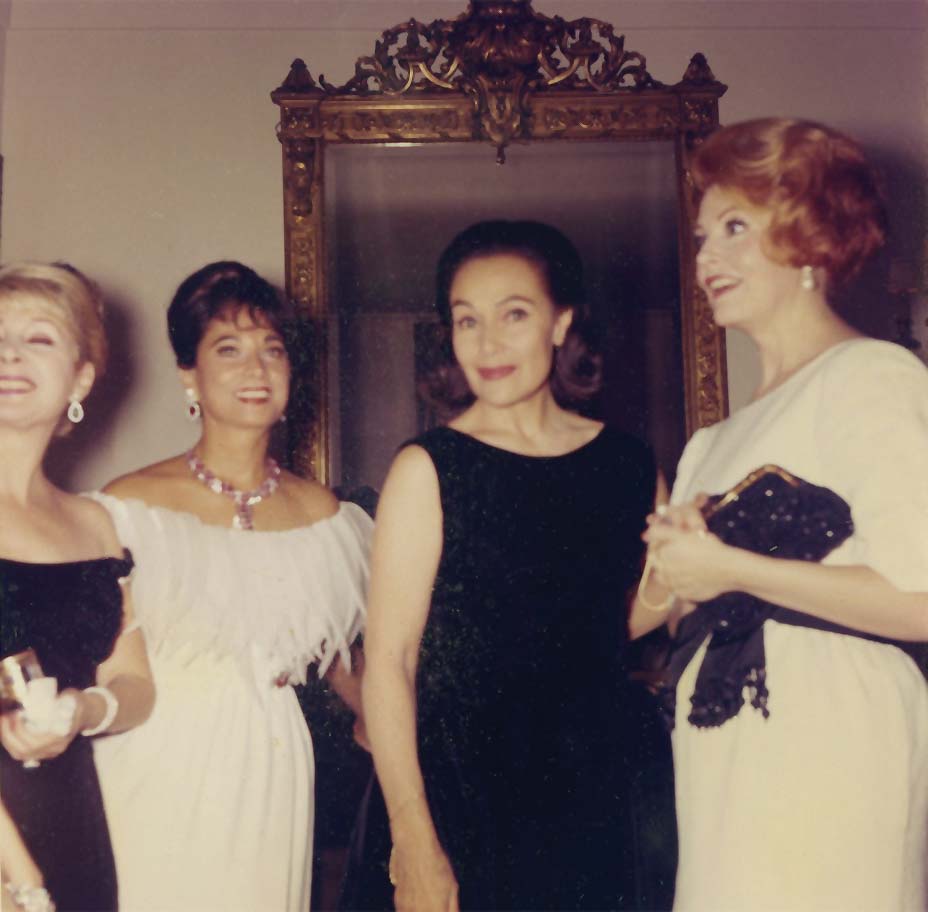 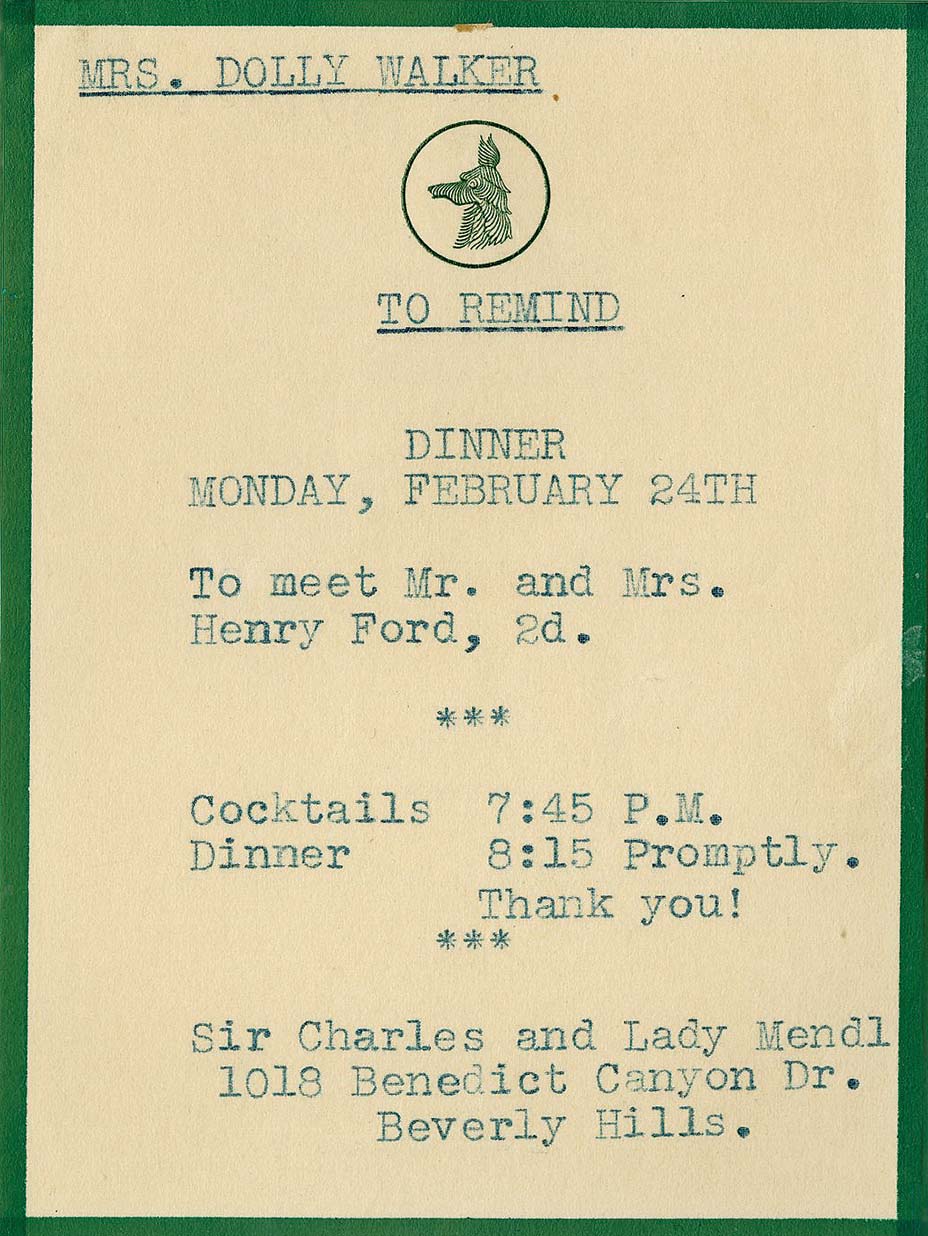 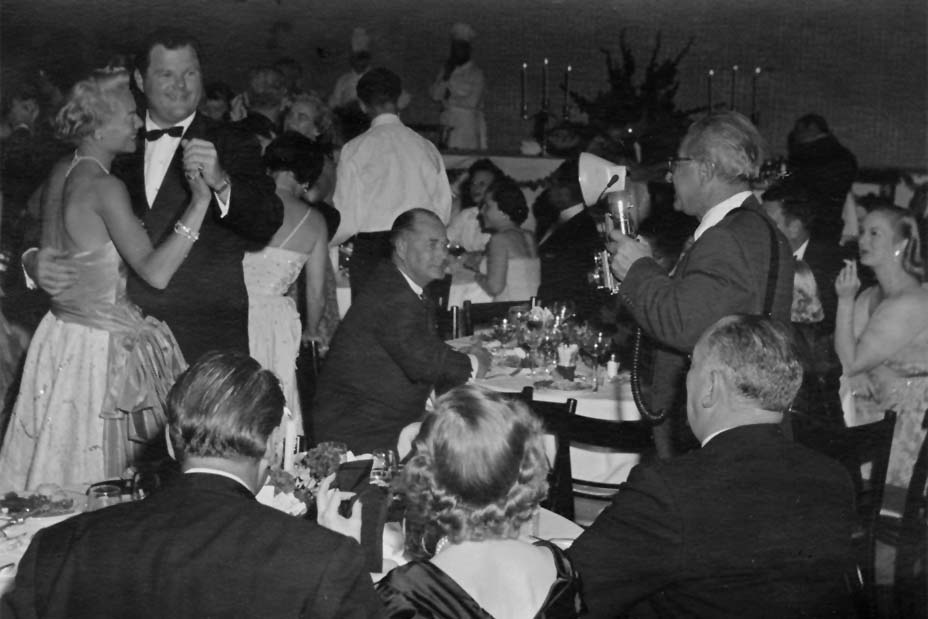 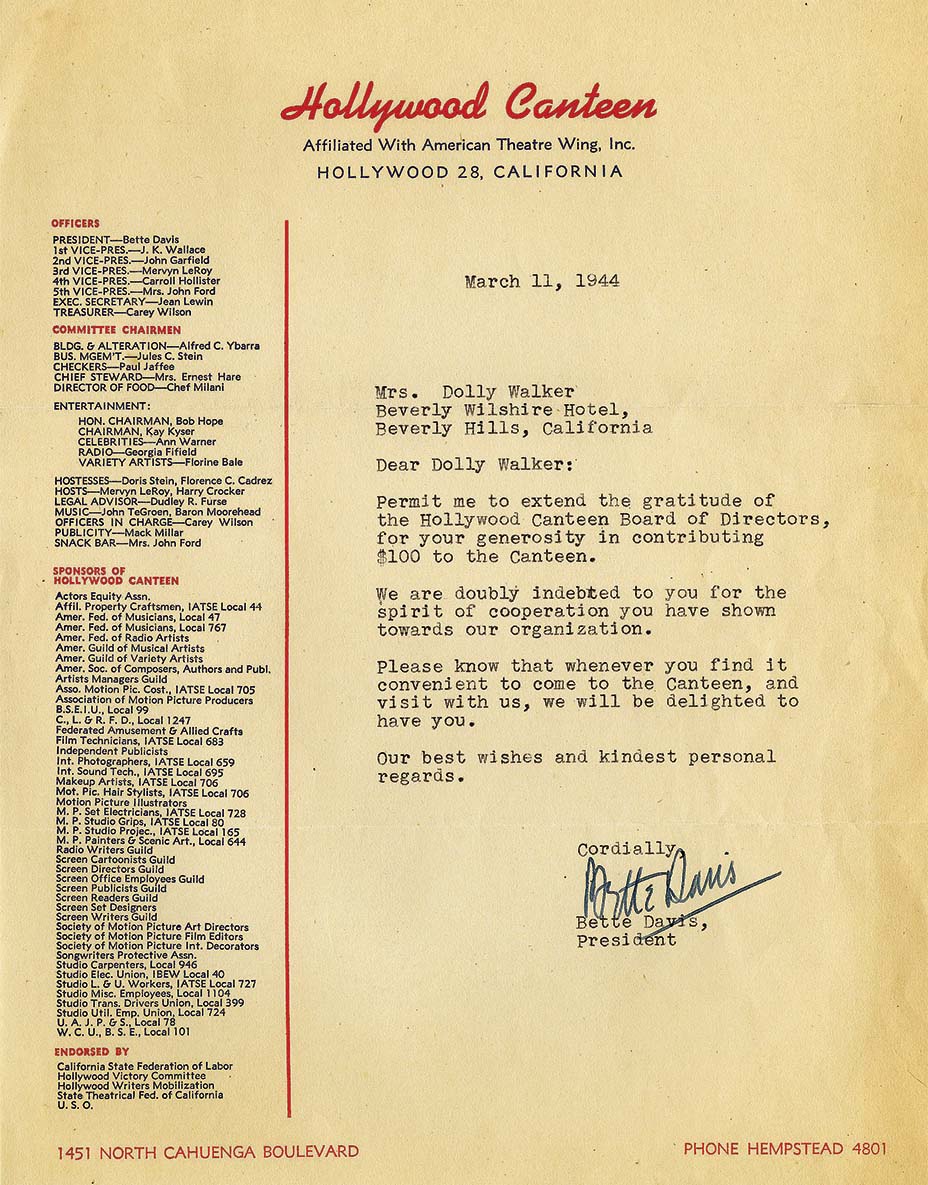