Lili Taylor considers queuing up at the Film Forum to be a quintessential ritual of New York living. “I love waiting in line, I love the popcorn, I love the whole thing,” says the actress. “You’re crossing a threshold into a special experience that you’re sharing with people who also care about what they’re going to see.”

The beloved nonprofit art house that has introduced city audiences to films from Paris Is Burning to Amour — located since ?1990 on West Houston Street — reopens Aug. 1 after a three-month, $5 million renovation that retains some indie grit while modernizing the cinema. Audience members will discover comfortable new seats, new carpeting and sound systems, a pair of oversized digital screens in the lobby — one will provide information about films currently exhibiting, while the other will show silent shorts produced exclusively for Film Forum — and a fourth screen, creating a quartet of theaters that now range from 96 to 152 seats.

Ticket prices, meanwhile, have not changed: $9 for Film Forum members and $15 for nonmembers (memberships start at $75 per year, or $50 per year for senior citizens, students or persons with disabilities).

Space for the fourth screen was created by changing an entrance to one existing theater and eliminating a nonessential loading dock in the rear of the building. “We started talking about adding a screen a few years ago,” explains Mike Maggiore, who with Film Forum director Karen Cooper oversees programming of premieres like Iranian drama No Date, No Signature, which bows on reopening day. “There were a number of films that have done well for ?us,” Maggiore continues (2011 doc Bill Cunningham New York, about the late New York Times photographer, grossed $63,000 during its first week), “and we couldn’t hold on to them because we had made other commitments.” Upcoming releases include the doc John McEnroe: In the Realm of Perfection, opening Aug. 22. 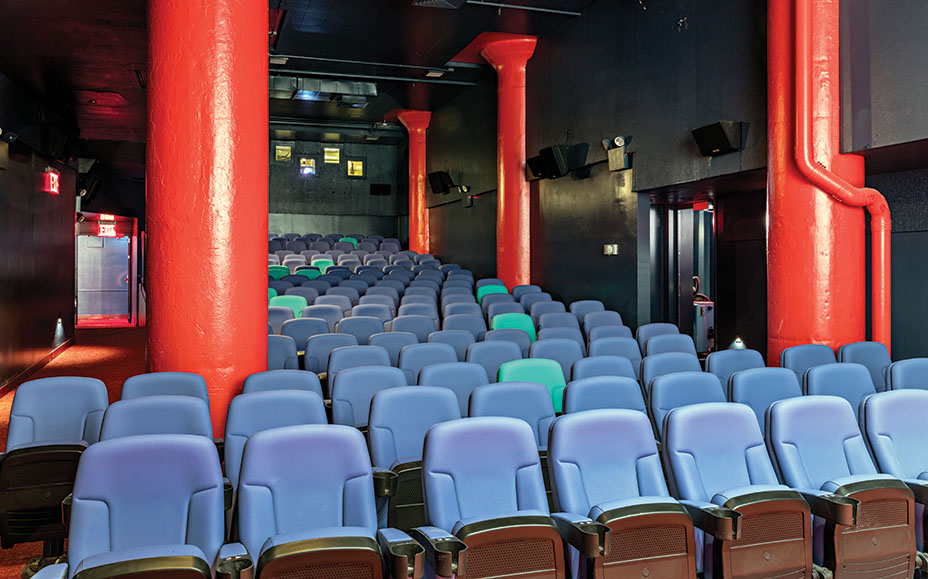 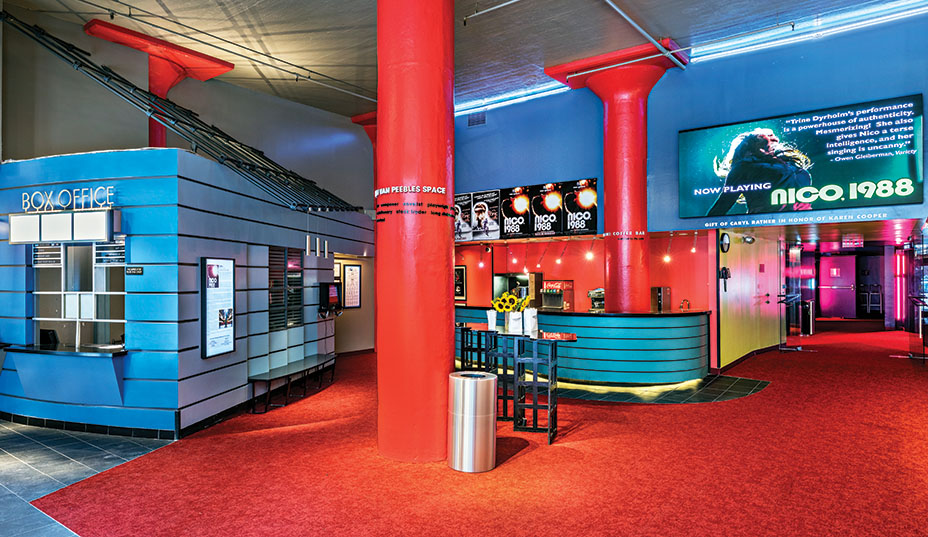 Funds for the renovation came from roughly 900 donors (foundations, businesses and individuals), says Cooper, who has served as Film Forum’s director since 1972. The new fourth theater is named in honor of the largest donation, $1 million from the Thompson Family Foundation, also known in New York for its 2015 gift of $65 million to the Park Avenue Armory. Actors and filmmakers lent their time and talents to fundraising: Michelle Williams ?and artist Cindy Sherman hosted dinners that raised more than $125,000, and the night before the renovation began, Ethan Hawke hosted a screening and Q&A for his latest, First Reformed. Board member Famke Janssen, who appeared ?in a fundraising video, says she fell in love with the venue when she arrived in New York from ?Amsterdam 25 years ago and saw Terrence Malick’s ?Badlands (1973) there. “I remember crying when ?I first saw the film projected on the big screen.”

Bruce Goldstein, Film Forum’s director of repertory programming, loves hearing such comments; he’s been overseeing the schedule of classic films since 1987 and also produces the now-iconic calendar that members find in their mailboxes each month. “It’s the hardest thing I do,” he says of the oversize, intricately detailed brochure. Film Forum’s repertory schedule will reopen with the first U.S. retrospective of acclaimed French writer-director Jacques Becker and a third-annual summer double-feature program, which kicks off Aug. 24 and includes back-to-back pairings like Goldfinger and A Hard Day’s Night, both released in 1964, on Sept. 9. Goldstein also is expanding the venue’s Classics for Kids: Previously offered on Sunday mornings, the program now will include Saturdays as well and will debut with Walt Disney’s Pinocchio on Sept. 8. 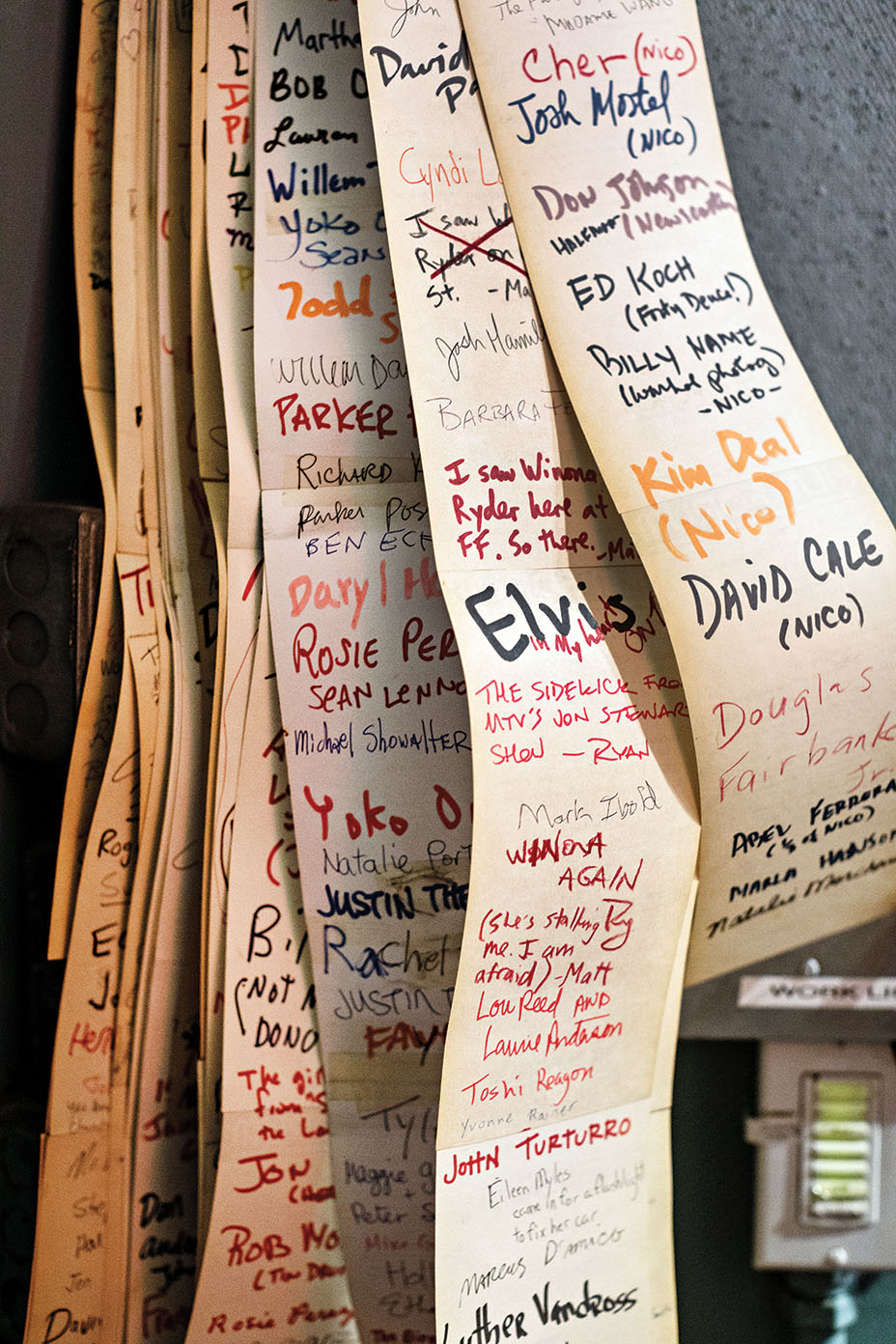 Art house theaters in New York have been shuttering in recent years — Landmark Sunshine Cinema on the Lower East Side and Lincoln Plaza Cinema on the Upper West both closed in January — victims not only of rising real estate values in the city, but also of Netflix, Hulu and other streaming services’ pull on audiences (Film Forum requires a 90-day exclusive for first-run films before they appear on streamers). But landlord GFP Real Estate has extended the cinema’s lease through 2035 “at terms that are very reasonable, because they recognize that we can’t be a city made up of nail salons and ATM machines,” Cooper says, adding that a 2016 survey of audience members revealed a desire for better sight lines and cushier seating, but a resistance to too much change. “Whatever you do,” many wrote, “don’t change the popcorn.”