Have you suffered weight loss or weight gain after seeing images of babies being ripped away from their mothers? Is the fact that a Russian dictator is now controlling U.S. policy through a grotesque orange puppet affecting your sleep? Do the expressions “fake news” and “witch hunt” induce feelings of nausea? Well, you may be suffering from what the scientists at Fox News (the same scientists who doubt climate change and evolution) call Trump Derangement Syndrome, but what I call I.B.S., Idiotic Bully Syndrome. Let’s face it, for many of us, the legitimization of white supremacists can be somewhat stressful. I’m not ashamed to admit that when I hear people say that the answer to my country’s gun violence problem is more guns, I will often break out in hives. Fortunately, I’ve discovered 10 drug-free ways to alleviate this anxiety. I hope they work for you.

1. Engage with social media trolls but only to correct their grammar.

There is truly nothing more satisfying than responding to a comment like “Your an idiot!” with the succinct reply “You’re.” (This also works for “There,” “Their” and “They’re.”)

Whether you’re drawing simple pencil sketches of a bloated naked Trump engaging in humiliating sex play with Putin or flying a large Baby Trump in a diaper blimp over London, nothing soothes the soul like artistic expression.

3. It’s hard to look at Trump’s face and not see a scary Orwellian bipedal hog.

I’ve found I can make him less terrifying and evoke a more lovable Babe-type creature if I wait until he concludes one of his incoherent rants and then gently say to my television, “That’ll do, pig.”

4. Visit one of our nation’s pristine national parks.

Preferably before the drilling starts.

I recommend a wonderful production touring all over the country starring Stormy Daniels.

6. Treat yourself to a delicious Trump Steak.

Oh, wait. That went out of business. No matter. Book yourself a seat on Trump Airlines and fly to … oh, right, that failed miserably. Anyway, why not visit historic Atlantic City and try your luck at the Taj Ma — bankrupt? How stupid do you have to be to lose money owning a casino?!

Leave a positive and coded review for The Red Hen. Like this: 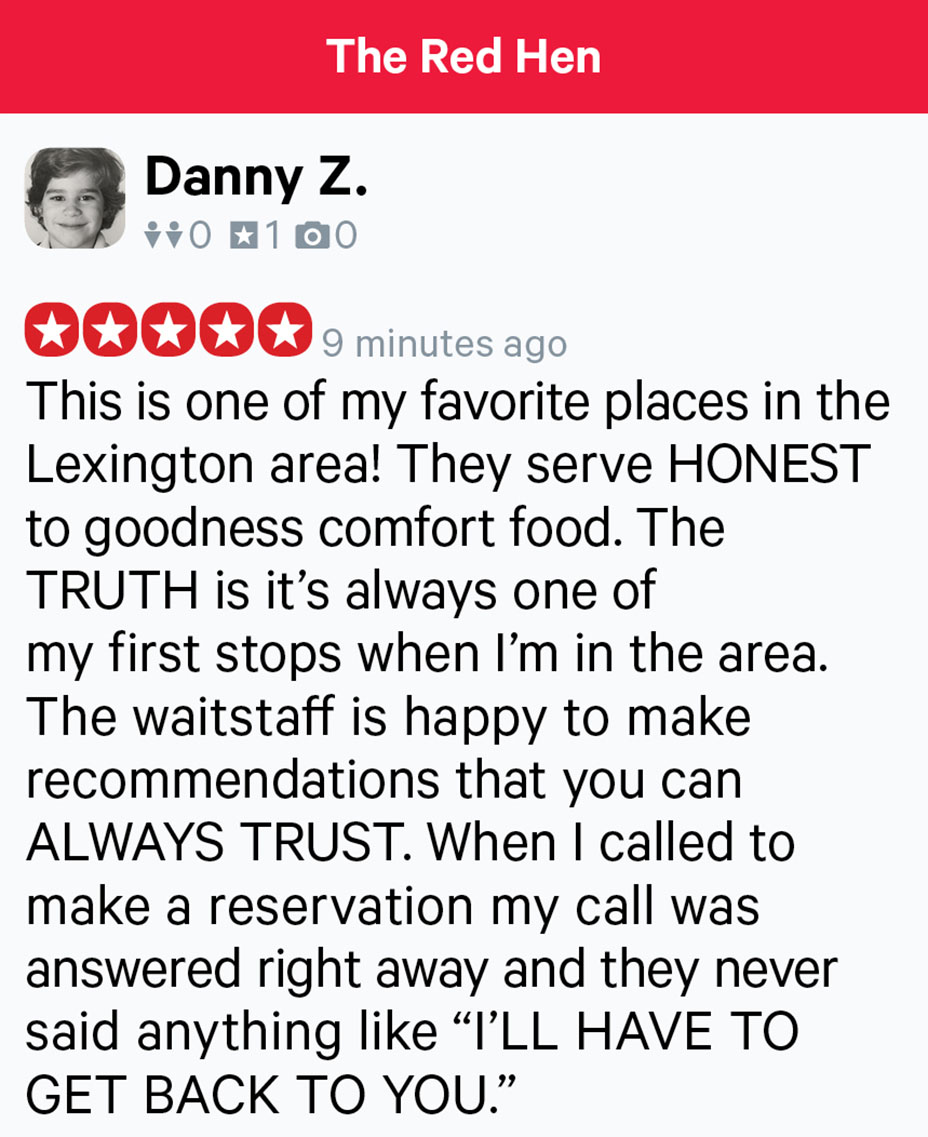 9. Engage @realDonaldTrump in a Twitter war, effortlessly swatting away his feeble attacks and using his hypocrisy and toddler vitriol against him to great comic effect.

This is easier said than done. Fortunately, in 2013, I did it for you. I’ll release a chronicle of our months-long exchange this September in my book, He Started It. (All profits will go to RAICES, Planned Parenthood and the World Wildlife Fund.)

Nothing changes if you don’t. I mean, seriously, WTF? This national disaster was more than predictable and yet too many of us didn’t vote even though the destruction of the country as we know it is on the line! C’mon! … Sorry, I got emotional. I need to watch a kitten video.