From the moment early man left the plains of the Serengeti, he dreamt of some magical future where he could share pictures of his breakfast with strangers all across the known world.

How fortunate we are to be living in a time when this magic has become reality: the age of social media. This technology has created what can best be described as utopian bliss. There’s just so much to love, but for me it’s all about the lively exchange of ideas with people whose beliefs differ from my own. Trolls. The word has taken on negative connotations, but it’s actually an acronym for Terse Respondents Opining with Limited Language Skills. And contrary to popular wisdom, I always recommend feeding the TROLLS.

“But Danny,” you ask, “with the hectic pace of modern life, who has the time?” Great question, imaginary reader! It can be arduous, which is why I’ve provided you with the following letter that you should feel free to cut, paste and personalize to suit all your TROLL-feeding needs.

Thank you so much for the feedback! I know you have many choices when picking people to follow on social media, so I want to make this experience as enjoyable as possible. Also, I wasn’t aware that you knew my mother, but I will happily relay to her your words of affection. She’s from a different generation, so you might want to come on a little less strongly.

I will consider your suggestion to “stick to ____” (writing, acting, accounting, etc.), but do you have a list of occupations where it’s acceptable to express a political opinion? I don’t know what career you are thriving at, as the only thing you’ve written in your profile is “I drink liberal tears.” Perhaps one has to be a tear drinker to weigh in on the issues of the day? Let me know.

Part of what makes this country great is that we can all believe in different things. I admire heroism, hard work, intellectual curiosity — and you feel your values are well represented by a man who admits to walking in on teenage beauty contestants and is controlled by a hostile power and mourned 9/11 by bragging that he had the biggest building in Manhattan and mocked a POW for being captured and ripped children from their mothers’ arms at the border and denies the deaths of thousands of Americans killed in Puerto Rico and has been accused by more than 20 women of sexual assault and has spent more time and money on vacation than any president in history and believes that white supremacists are “very fine people!”

Our worldviews are different. I try to look at issues from as many angles as possible, and for you, things are more black-and-white. Mostly white. While I will no longer respond to you on social media, you’re always welcome to write me. I’ll be spending the next year down in Florida under the assumed name “Daniel Jonathan Turnbull,” and you can reach me at: 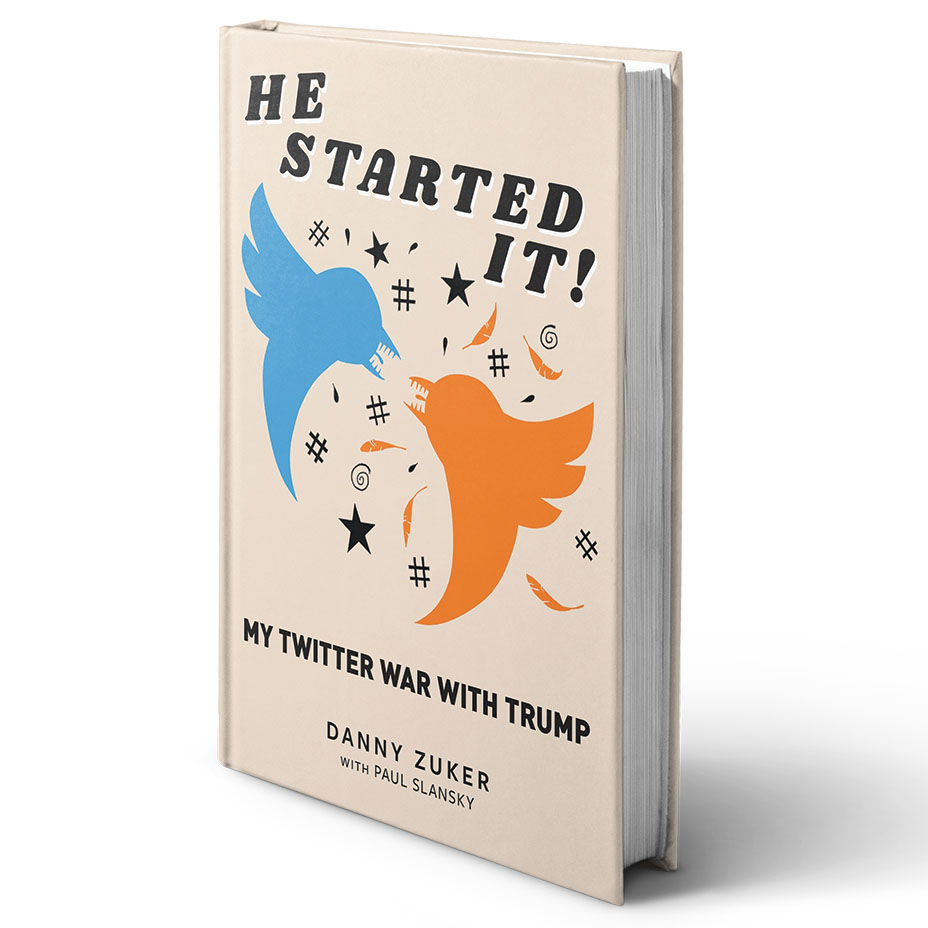 Danny Zuker is an Emmy-winning executive producer/writer on Modern Family and author of the new book He Started It!: My Twitter War With Trump.