Arnold Schwarzenegger stood on the lawn outside the Lodge at Pebble Beach golf course, but he wasn’t the star of this junket. Parked on the 18th hole for an event called the Concourse d’Elegance (tickets $325), the final event of Monterey Car Week (Aug. 11– 20), were some seriously ultra-luxe autos just appearing in showrooms, like a McLaren 720S (starting at $288,845) and a Rolls-Royce Black Badge Dawn convertible ($385,000), as well as concept-only vehicles, including the adorable electric-powered Volkswagen ID, a modern homage to the classic ‘60s microbus.

Earlier in the week, at the Inn of the Spanish Bay, Michael Strahan was also shown up — by a set of Bugattis (a new Veyron and vintage 1990s EB 110) rolling through the valet stand. In fact, the only celebrity swarmed during this annual car-fest held at the mansions, wineries and hotels of Monterey and Carmel was Jay Leno, Hollywood’s go-to kibitzer for everything automotive. And even he didn’t get as many looks as the 1929 Mercedes-Benz S Barker Tourer owned by telecommunications magnate Bruce R. McCaw, which took home the event’s “best in show.”

While the week also includes auctions where the sale of a $15 million early ‘60s Ferrari barely raises an eyebrow, sometimes the cars themselves — like the movies at Sundance — can seem secondary to the parties. “It’s an opportunity for people to spend time with others who don’t get bored talking about a single subject for days on end,” says CAA’s Hans Schiff. “Spouses and other friends who aren’t crazy about cars don’t understand.”

There were very British lunches with Scotch Eggs and Pimms Cups at the Aston Martin popup, where they showed off their new collaborations with Italian design house Zagato (four different beautiful models starting at $800,000). But it’s the concepts that really pull the crowds away from the caviar and champagne. At Friday’s Quail, A Motorsports Gathering ($650), Infiniti delighted the crowd with the retro-futuristic Prototype 9. The Mercedes-Maybach event — at a home off 17-Mile Drive so new, the street wasn’t on the map — featured an electric-powered Vision Mercedes-Maybach 6 Cabriolet, a super-long concept car with sweeping lines reminiscent of a 1940s boat. And Genesis, which was spun off as its own luxury division by Hyundai, showed off the hydrogen fuel cell-powered Genesis GV80 SUV, which foreshadows a production version that could debut in 2019. 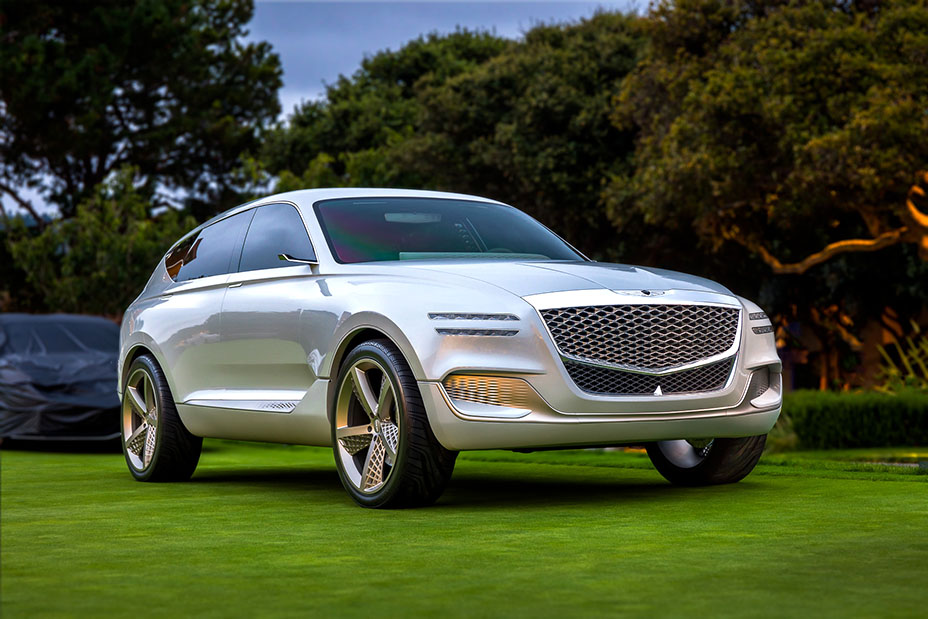 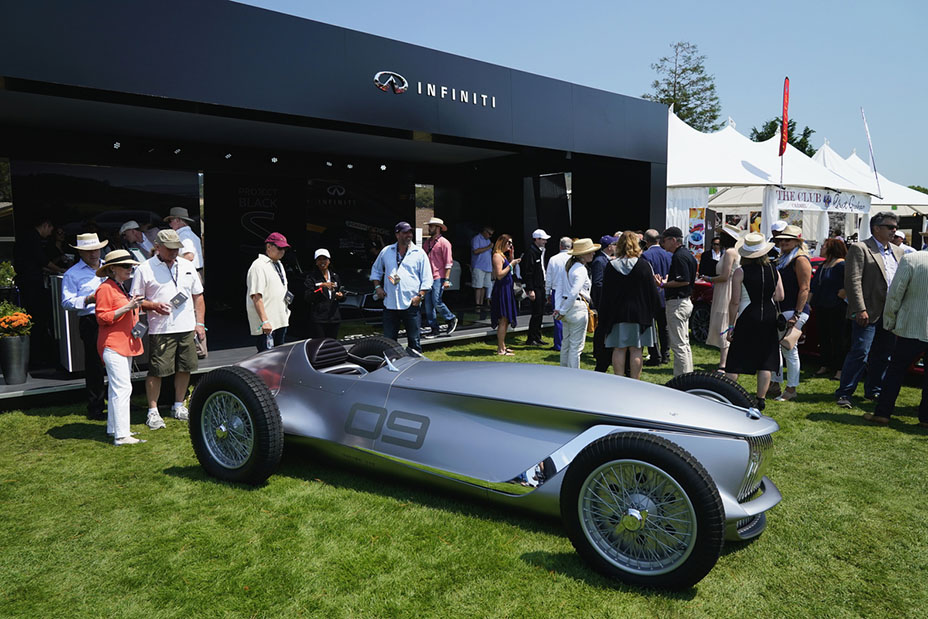 Producer Vin Di Bona (Americas Funniest Home Videos), owner of a 1957 Mercedes-Benz 300 SC Coupe that came in third in the Postwar Grand Touring competition, compares the experience of seeing his car drive up the ramp for the prize to another milestone. “I have been very fortunate in my life to have a star on the Walk of Fame,” he says, “this was almost the same feeling — time slowed down while I was in the moment.”