The 28-year-old Santa Monica native has been meaning to do this for awhile, but it wasn’t until a break in her crazy schedule finishing up the third season of Mr. Robot — on which she plays Darlene, outlaw hacker and sister to Rami Malek’s Elliot — that she finally found the time. Recently she completed directing a short film as a proof of concept for a feature and is planning on shooting a teaser for a pilot for a cable series. In between all of that, there’s Noun.

“I was thinking about my pieces together and its people, places and things, which are nouns,” she tells The Hollywood Reporter, standing amid 19 paintings in the back room at the Melrose boutique. “Every painting is a noun, so each painting is labeled with a different part of speech for me to dictate.”

The neon orange-and-yellow piece that dominates the main wall is labeled Because, done when she was 17 after a breakup when her boyfriend cheated on her. “I was very obviously upset and angry and went up to my studio and was like, ‘Arrrgh!'”

Also included are portraits, though not of anyone Chaikin knows. She usually paints from photos that catch her eye and eschews any personal connection to her subjects. “Part of what’s interesting about painting someone is you have to capture them in that painting, their essence and their eyes and all those things,” she explains. “I like the ability to let the painting create its own essence and attitude.”

The most recent piece, G’ma, a bifurcated butterfly painted in oil, was still drying after final touches. Painted for her deceased grandmother, who loved butterflies, it occupies a special place in the collection. “When I was younger I used to paint much more color, not as detailed, broader things,” says the self-taught artist. “As I’ve gotten older and in life, I’ve started to gravitate and painting things that are more detailed and intricate and spending time on it.”

Chaikin’s exhibit is on view through May 20. 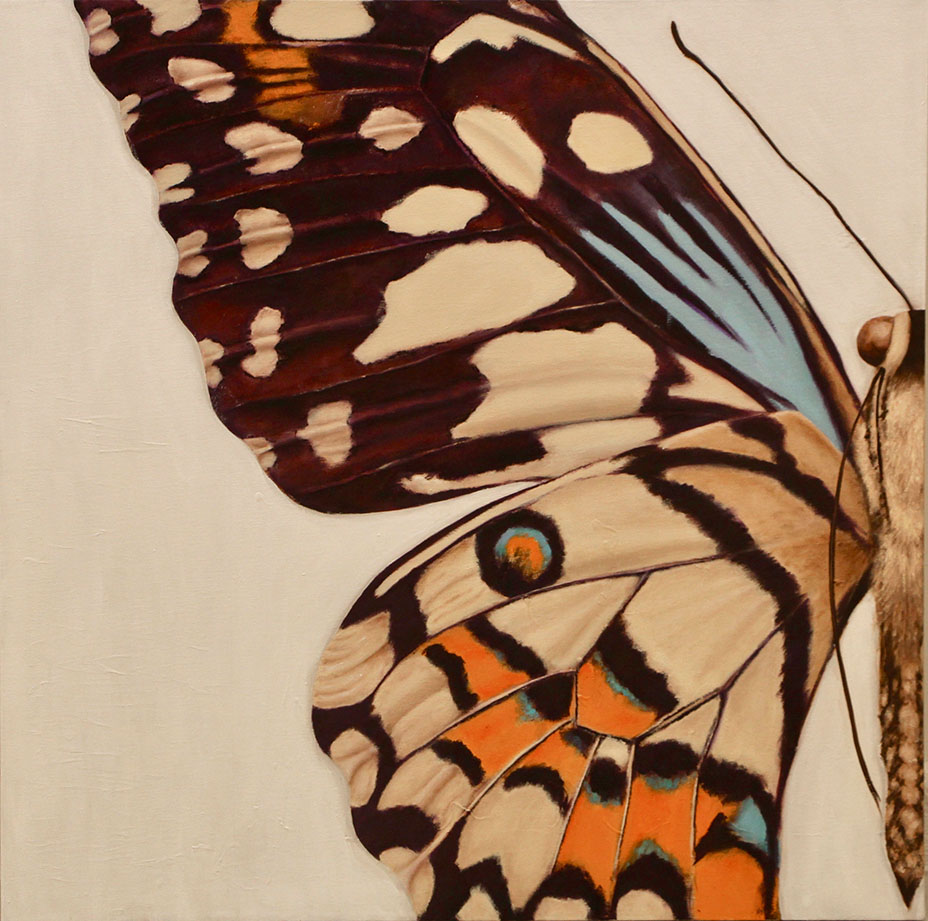 The daughter of a cardiologist and a physiotherapist, Chaikin attended the prestigious Archer School for Girls on the West Side. She got a break playing Blaze, foil to Miley Cyrus in the 2010 Nicholas Sparks adaptation The Last Song. After starring as bad girl Dalia Royce on Suburgatory, she landed Mr. Robot in 2015.

Around the same time, while a guest judge on Project Runway, Chaikin met fellow guest judge Rebecca Minkoff, who, once she saw some of the actor’s artwork, offered her gallery space to exhibit her work.

Noun‘s paintings are not only part of the landscape of her life, gracing the walls of her home, but often have sentimental meaning — besides the one inspired by an ex-boyfriend and another by her deceased grandmother, a large-scale skull painting for current boyfriend Ryan Bunnell is displayed. Some, like Paradise and Loss, a pair of eyes on a white textured background, are painted over previous works, in this case an image of an octopus, giving them a rough, impasto texture.

“It’s cool seeing them all in one room lined up together as opposed to sporadically throughout the house,” she says, stepping back, admiring her work with a mix of emotions. “They’re all for sale, but I’m scared that at the time someone’s going to want to buy and I’ll say, ‘No, that’s not for sale.'” 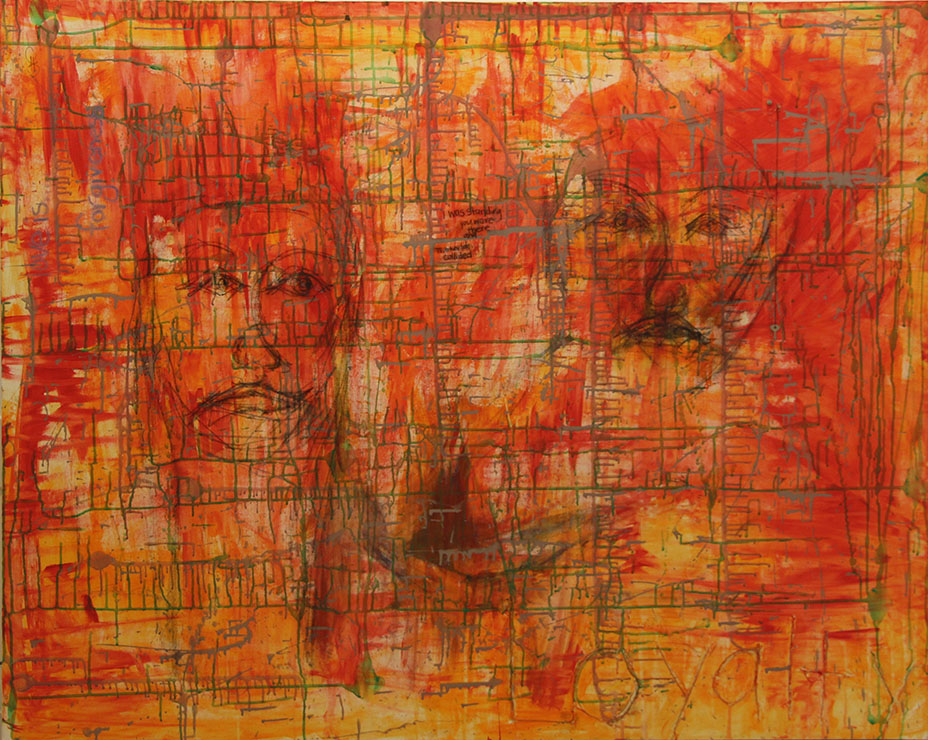 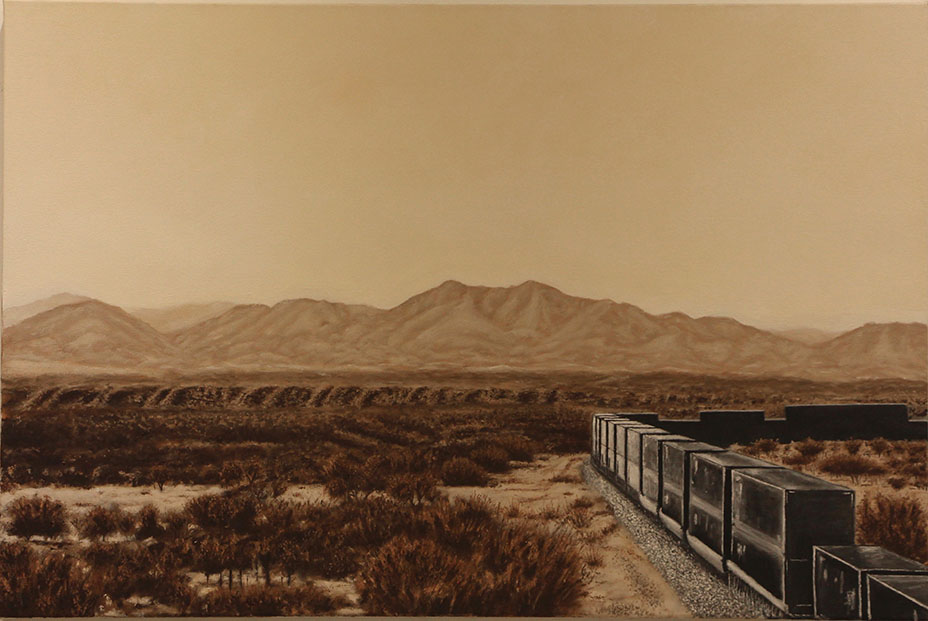