With Los Angeles’ recent explosive growth (dining renaissance, major expansion at LAX, Hollywood filming here again), it’s crystal clear the City of Angels is experiencing a significant tourism boom (for those who like to crunch numbers, tourism steadily increased from 45.6 million in 2015 to 47.3 million in 2016, courtesy of Discover Los Angeles). The hotel landscape is radically expanding, and almost a dozen hotels will open in 2017. While new hotels have been buzzing as essential staycation spots — Waldorf Astoria Beverly Hills and Dream Hollywood — these five recently debuted or soon-to-open hotels will quickly become perennial favorites for the film industry. 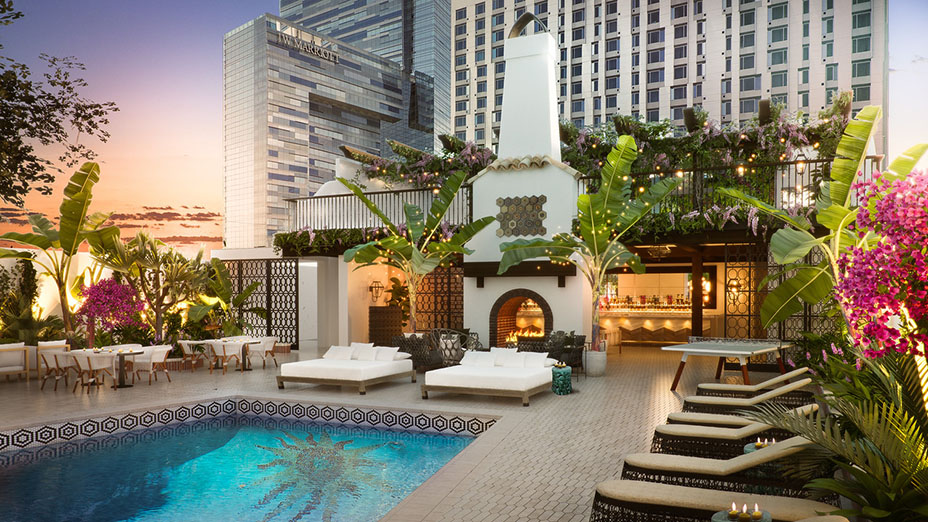 Adding to DTLA’s development boom (42 projects of at least 50,000 square feet since 2010), Hotel Figueroa is finally pushing forward for a reopen this summer with a multimillion-dollar investment (initial commencement began November 2015). Renovated to its former glory, the hotel’s well-preserved original Spanish Colonial design is visually commanding for the building dating back to 1926 (originally a women’s YMCA). A member of The Leading Hotels of the World, the 268-room hotel (with 68 suites) will offer two dining venues helmed by James Beard Award nominated Casey Lane and four bars, including Bar Alta, a 28-seat, reservation and hotel-guest only bartender’s table with cocktails designed by Dushan Zaric (from NYC’s Employees Only). Guests can expect an innovative, science-based sleep program and an outdoor, ground-level pool surrounded by cactus, eucalyptus and fig trees in a self-contained oasis. A secret room on the top floor has hosted under-the-radar parties for celebrities like Lady Gaga and Prince. Rooms from $309. 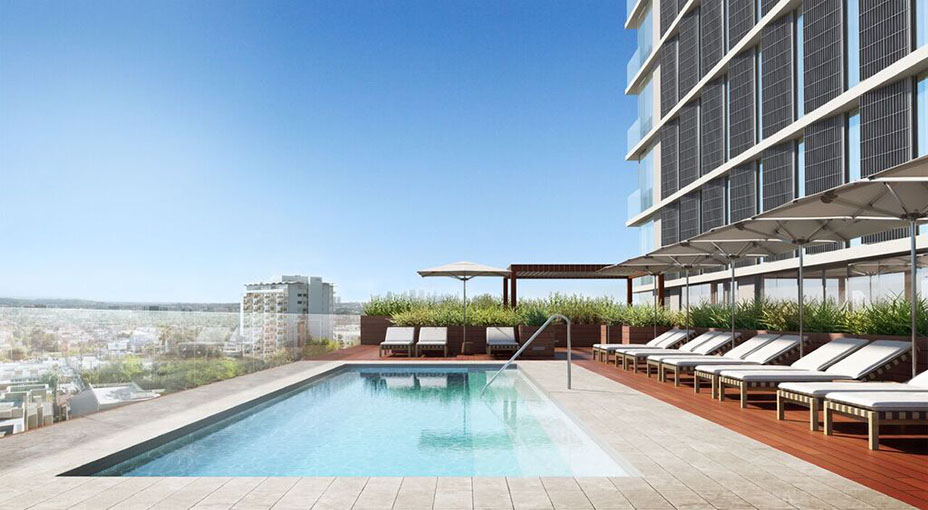 The James is West Hollywood’s first hotel to be built ground-up in 30 years, and it’s The Denihan Hospitality Group’s first West Coast property. Right on the corner of Sunset and La Cienega, The James West Hollywood will have 286 rooms (split between two towers with a penthouse in each tower designed by L.A. native Lawson Fenning) in a new residence/gallery/shopping mixed-use complex, with higher floors flaunting panoramic views of the Hollywood Hills and L.A. basin. There will be two notable restaurants: Fi’lia (by James Beard Award winning chef Michael Schwartz, who helms Cavatina at Sunset Marquis Hotel) and Farmspoke (a farm-to-table spot by Top Chef fan-favorite Chris Crary). Additionally, guests can expect a buzzing rooftop bar, 10,000 square feet of meeting space and commissioned art like Janet Echelman’s large-scale Dream Catcher flanked by the towers. The hotel is slated to open end of May. Rooms from $399. 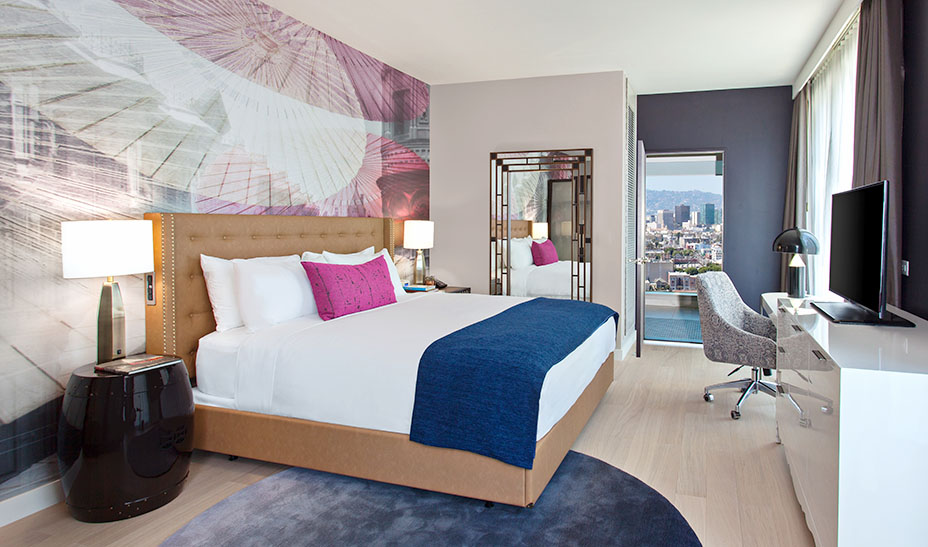 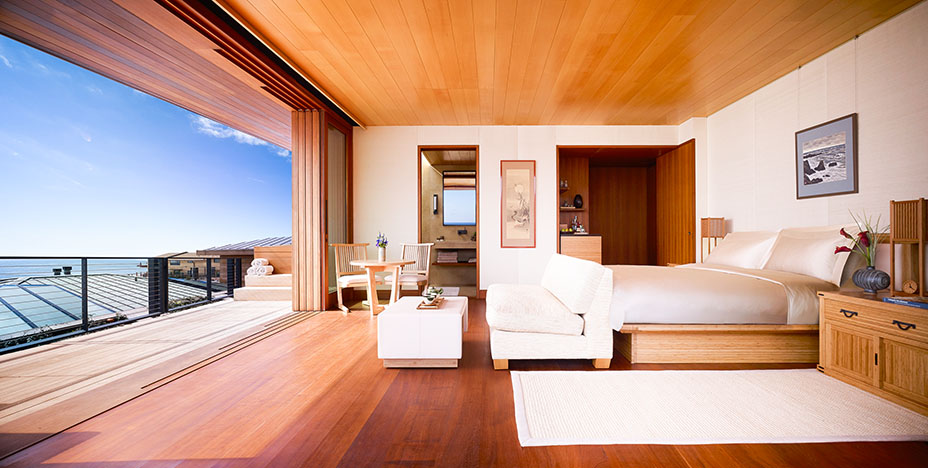 Opening April 28, Nobu Ryokan Malibu, next to celebrity-magnet Nobu Malibu, is the first in Nobu Hospitality’s Ryokan Collection, and it’s a joint venture among Larry Ellison, Robert De Niro, Chef Nobu Matsuhisa and former Hollywood producer Meir Teper. Perched above the famed Carbon Beach along the PCH and transformed from a 1950s beach motel, the modern, luxe hideaway features Zen-like design inspired by traditional Japanese inns (“ryokan”) that effortlessly blend with the California coastline. The beachfront property will be intimate with only 16 rooms over two stories, all of which provide hand-crafted teak soaking tubs under skylights, outdoor fireplaces with panoramic views and in-room dining with a selection of Nobu’s signature dishes. In addition to an ocean-facing courtyard, outdoor infinity pool, access to Carbon Beach and access to Malibu Racquet Club, guests receive preferential reservations when booking at Nobu Malibu. Rooms average $2,000 a night with a two-night minimum stay.