When Jason Hall’s wife first explained the concept behind Workout Los Angeles — parents and ?kids working out together — the Oscar-nominated American Sniper screenwriter wasn’t impressed. “I was like, ‘I don’t think so, babe.’ ” But after the first class he took with 8-year-old son Sheriff, the former collegiate wrestler was hooked.

“It’s challenging to get your kids to engage in things that are going to be beneficial to them other than swimming in a pool,” says Hall. “WOLA’s found a way to make it exciting for the kids, to engage them and connect them to their bodies in a way that playing around in the yard isn’t going to do.”

'Downton Abbey: A New Era' Cast Weigh In on Likely New Direction With Mary at the Helm

The idea came to Hancock Park native Juda, a former financial trader and longtime group fitness devotee. ?But when he went looking for a place where his children could exercise too, he was dumbfounded. “We looked at all 50 states and couldn’t find a designated place for kids to ?do group fitness,” he says. After a bit more research on kids’ soaring technology usage and obesity rates, he pitched the idea to Chung, who also was working in finance. “He looked at me and said, ‘We’re quitting our jobs and doing this,’ ” Chung recalls.

The 3,000-square-foot gym has kids and adults workout rooms, each arrayed with TRX straps and weights. Music piped throughout is heavy on ’90s hip-hop, evidently an effective form of intergenerational glue. Classes for kids (based on age) and ?for adults — and joint classes on Sunday — are $28 for drop-ins; bundles start at ?$162 and run up to $600. “It’s such a great place to go to keep kids healthy and active, particularly since we are all battling the ubiquitousness of technology,” says actress Sara Gilbert, who has one complaint: “I have no excuses left in regards to staying fit!” 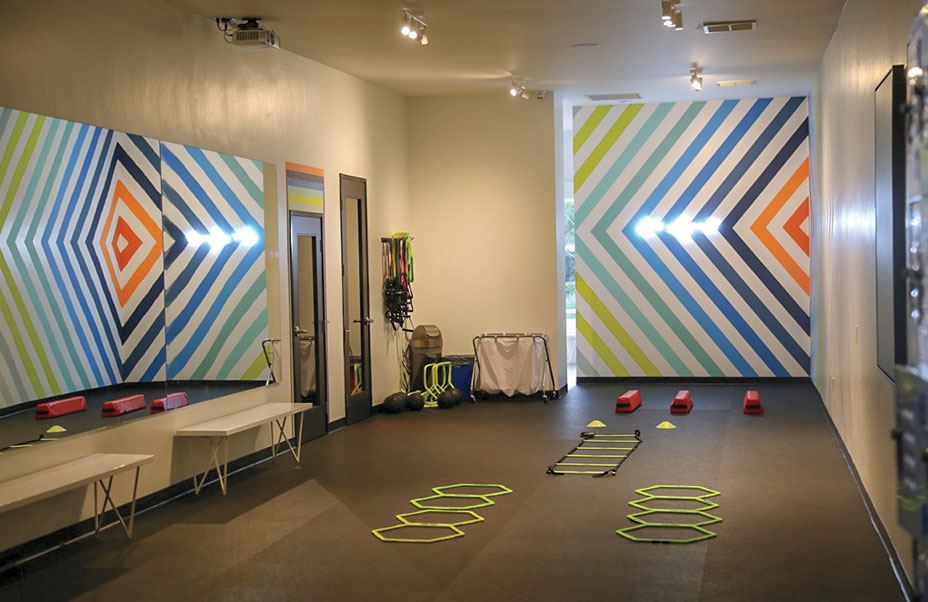 This story first appeared in the Aug. 8 issue of The Hollywood Reporter magazine. To receive the magazine, click here to subscribe.