A special virtual edition of the annual “Night Before” extravaganza raised nearly $2 million for the Motion Picture & Television Fund on Saturday night with help from Gary Oldman, Andra Day, Renée Zellweger and many more.

One of the key events of Oscar weekend, the “Night Before” party — an exclusive, invitation-only affair that typically draws a list of Hollywood who’s-who as well as past Oscar winners and current nominees — is typically held the night before the Academy Awards ceremony.

This year, organizers decided to go virtual due to the pandemic, tapping Wayne Brady to serve as host (and perform). The night also featured other performances and comedic moments, including appearances by current Oscar nominees Day and Oldman, as well as D-Nice, The E. Family featuring Pete Escovedo, Sheila E., Juan Escovedo and Peter Michael Escovedo, Macy Gray and Jeff Ross.

“What an incredible way for us to kick off our year of celebrating MPTF’s 100th anniversary,” said MPTF CEO Bob Beitcher. “A night with wonderful food and spectacular entertainment led by the incomparable Wayne Brady and once again the amazing philanthropic support of our industry.”

The money raised will be used to support those in the industry who benefit from MPTF’s charitable programs and services. Since the pandemic began, MPTF says, it has tripled the number of community members it serves, assisting with financial relief, help with managing basic living expenses and health insurance and issues around social isolation and loneliness, stress, and anxiety; it also has made more than 15,000 social work and care calls.

At Sunday’s Oscars, MPTF will be honored as the recipient of the Jean Hersholt Humanitarian Award. This will mark the first time an organization will be recognized with this award, after the Academy’s board of governors voted to amend the rules. 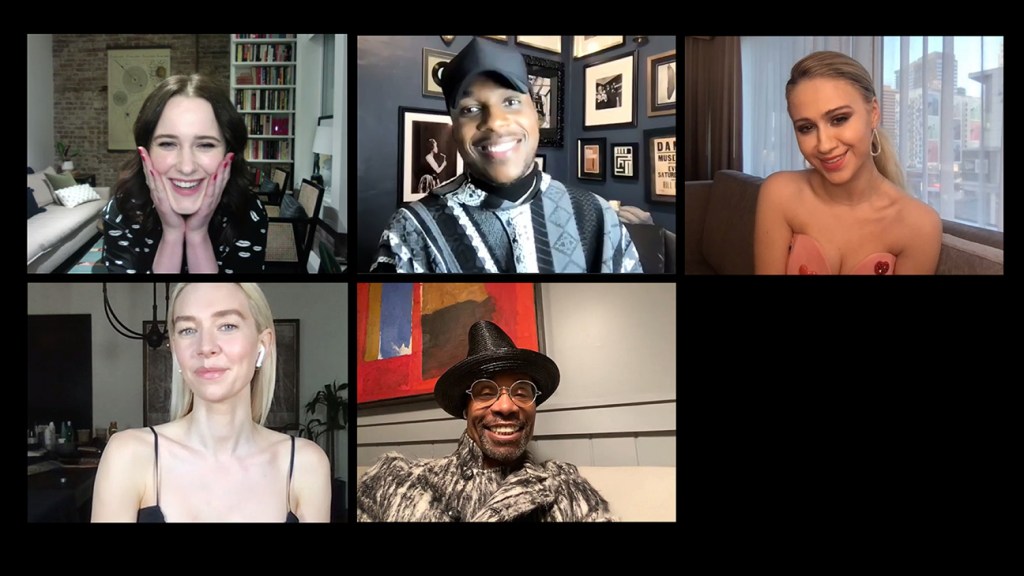