The days leading up to June 12 are never easy ones for Jill Shively — not since 1994, when a late-night salad-bar run near her Brentwood apartment resulted in a near-collision that would change her life. According to Shively, she was speeding east in her Volkswagen Beetle on San Vincente Boulevard, trying to get to the Westward Ho market (now a Whole Foods) before its 11 p.m. closing time, when a Ford Bronco, with its lights off, came barreling through a red light at the corner of Bundy Drive. She slammed on the brakes and swerved into the next lane to avoid hitting it. The Bronco banked onto a grassy median.

“Everything happened so fast,” says Shively, now 56, speaking from her home in Woodland Hills on the eve of the 23rd anniversary of the incident that changed her life. “First I felt fear, then anger. I mean, the self-entitlement! Why was this person driving like this? They had to be drunk.” She locked eyes with the driver — a handsome African-American man whom she “knew was a football player right away — the name Marcus Allen popped in my head. The guy began yelling at the car in the westbound lane. That’s when I realized it was O.J. Simpson, because I had just seen him in a movie — Naked Gun 33?.”

In that encounter, which lasted no more than a minute, Shively was on her way from complete anonymity — a single mother with a then-5-year-old daughter working at an office-supplies manufacturer in Brea, California — to becoming a potential star witness in the most sensational murder trial of the 20th century. Hers was a key account that had the potential to place Simpson just blocks away from ex-wife Nicole Brown Simpson’s Brentwood condominium around the time that she and friend Ron Goldman were brutally murdered. 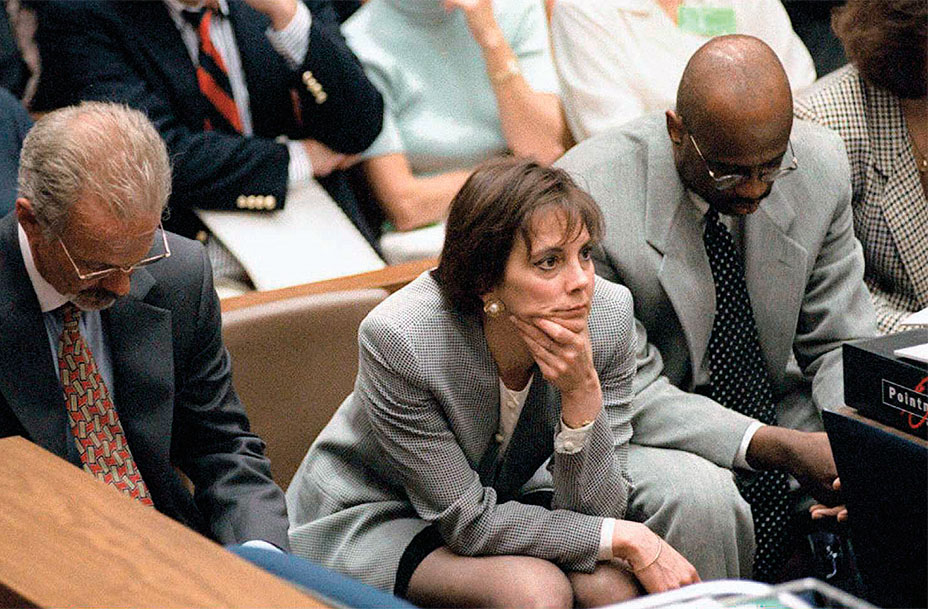 But Shively never testified at the trial. In a chapter re-created in 2016’s Emmy-winning FX miniseries The People v. O. J. Simpson: American Crime Story, she agreed to a paid interview with Hard Copy, which led to a tense showdown with the case’s lead prosecutor, Marcia Clark.

“Marcia freaked out at me and said I blew her case,” recalls Shively, clearly on edge weeks before Simpson’s next parole hearing. “She said, ‘I was counting on you for my timeline, and you blew it.’ ” The two lead investigators, Tom Lange (now retired) and Phil Vannatter (who died in 2012), were present, as was Gil Garcetti, the former L.A. district attorney (whose son, Eric, is now L.A.’s mayor). As Shively describes it, all three pushed back against Clark: “Vannatter and Lange said, ‘[The interview] doesn’t mean she didn’t see him.’ And Garcetti was arguing on my behalf. But Marcia said, ‘I don’t need her. I have enough evidence.’ “

In a recent Facebook rant, Shively calls her interaction with Clark “the worst experience in [her] life,” and bemoans Sarah Paulson’s Emmy-winning turn as the prosecutor. “[Clark] was terrible and then received an award!”

When reached by THR, Clark declined to comment on Shively’s assertions. But in her 1997 book, Without a Doubt, the former prosecutor recalls that Shively first struck her “like a real gem. She was dressed neatly and conservatively for her testimony. She was articulate. She was confident. In fact, Scott Gordon, one my fellow DAs, knew her because their children went to the same school.”

The Hard Copy fiasco unfolded about a week after Shively’s first appearance before a grand jury, by all accounts a successful day of testimony for the prosecution. A producer cold-called Shively at home and assured her that other witnesses — like Simpson house guest Kato Kaelin and Jose Camacho, who sold Simpson a 15-inch knife (later determined not to have been the murder weapon) — were “doing these interviews and taking payment.” Within minutes of Shively agreeing to the interview (“I thought I would make some extra money and go on a vacation,” she says), a van was at her home to transport her to the studio. The interview aired that evening. 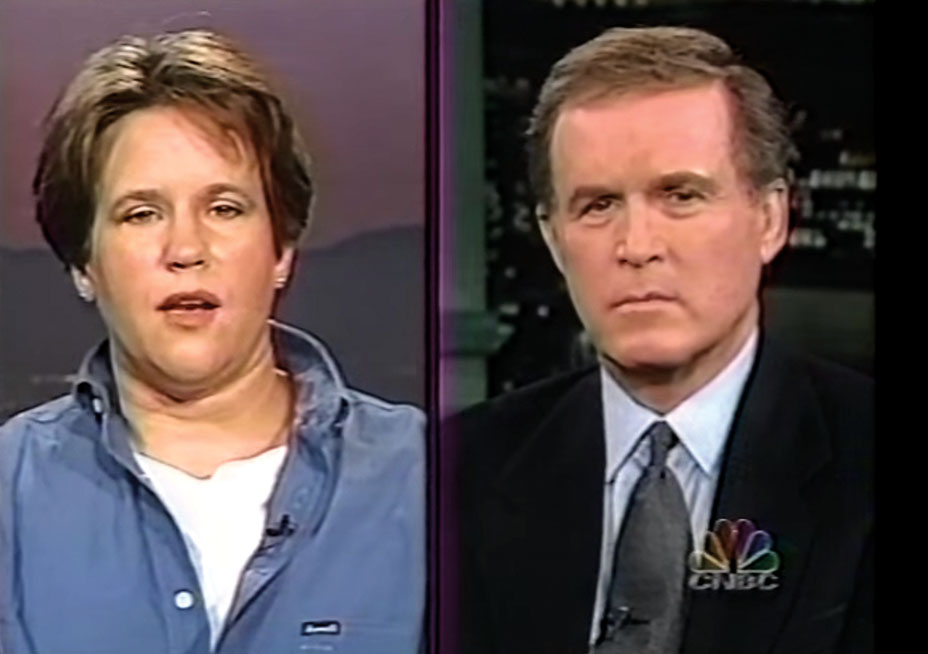 “The next morning,” Clark wrote in her book, “I’d barely stepped out of the elevator on the 18th floor when reporters began asking me whether I’d seen the tabloid TV show Hard Copy the night before. … The news sent me reeling. But things got worse. On my desk was a fax from a television actor named Brian Patrick Clarke. He was claiming to have lost money to Shively and considered her a consummate liar.”

According to Clark, the actor claimed Shively had presented him with a screenplay she said she had written, and that a “production company was about to buy it for $250,000 and wanted Clarke to star in it.” He alleged that Shively had talked him into lending her $6,000. The actor later learned that the script “wasn’t Shively’s,” writes Clark. “It was the screenplay for a film in preproduction titled My Life, which starred Michael Keaton and Nicole Kidman.”

Clark continues: “We’d been duped. We had no choice but to cut Shively loose.” Clark characterizes Shively’s Simpson story as “an outright lie.”

Shively’s version is very different. She claims Clarke was a softball buddy of Simpson’s who didn’t want to see his pal go to prison. “He made up things to discredit me,” she says. She does acknowledge a legal dispute with Clarke, whom she’d met while visiting some friends on the former MGM lot, over credit-card debt. “I had friends on the show Dallas, and he was on Eight Is Enough,” she says now. “We settled out of court and can’t talk about it.”

Jeffrey Toobin, the New Yorker legal reporter who wrote the book on which the FX series was based, spent extensive time with Shively during his reporting and says he’s still undecided about whether she’s telling the truth. “If her testimony was true, it would have been devastating to Simpson,” says Toobin. “From a litigation point of view, the fact that she took money from a tabloid is problematic. That doesn’t mean her story was false by any means.” 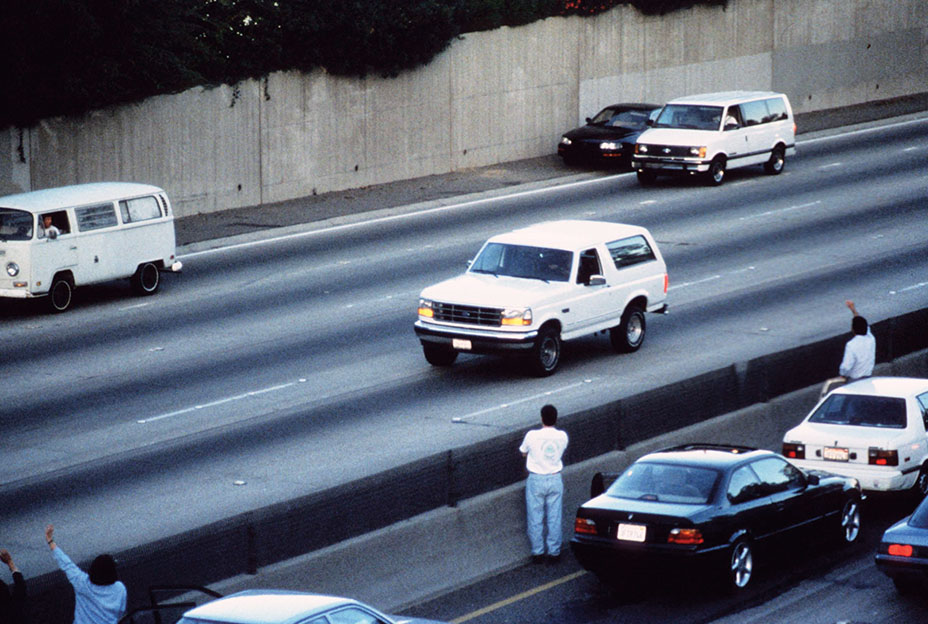 Shively says she still vividly remembers the phone call ordering her down to the DA’s office, where a livid Clark was waiting for her, demanding to know what she “was going to do about it. I said I wouldn’t take the money — I hadn’t been paid yet — but she didn’t care. I really felt like I blew it. Maybe I could have helped.”

While Shively now thinks that Simpson is guilty, she wasn’t convinced of it in 1994. In her memory, that didn’t sit well with Clark, who made an intimidating first impression. “I got to the DA’s office, and I hear Marcia yelling at someone,” recalls Shively. “I was thinking, ‘Oh, my God. That’s the person I have to talk to?’ Then we met, and she immediately let it be known that ‘this was her case’ and ‘what was my story?’ “

Shively says she recounted the experience for Clark, including initially thinking it was Marcus Allen behind the wheel. She claims that Clark warned her never to mention Allen’s name because “that would create doubt” in front of the grand jury. Then she asked Shively if she thought O.J. was guilty. “I said, ‘I don’t know.’ She asked, ‘Well, what do you think happened?’ I said, ‘He could have gone there, saw what happened and was trying to get out of there. And maybe that’s why he was in a hurry to leave.’ Marcia said, ‘Don’t say that.’ I was like, ‘Then why did you ask me?’ ” Shively was beginning to feel “like I wasn’t protected, like I was the enemy.”

Meanwhile, Shively’s personal life was unraveling. TV cameras began showing up at her home and work. “I felt betrayed,” she says. “There was no safe zone. I lost my job. I remember putting my daughter to bed, and a guy was looking through her window with a camera. It was horrible.” The trial rapidly became politicized, dividing the city along racial lines. “I would get people coming up to me saying I was ‘part of the white conspiracy.’ I’d get phone calls, people camping out outside my door. We hid out at some friends’ houses for a while.” 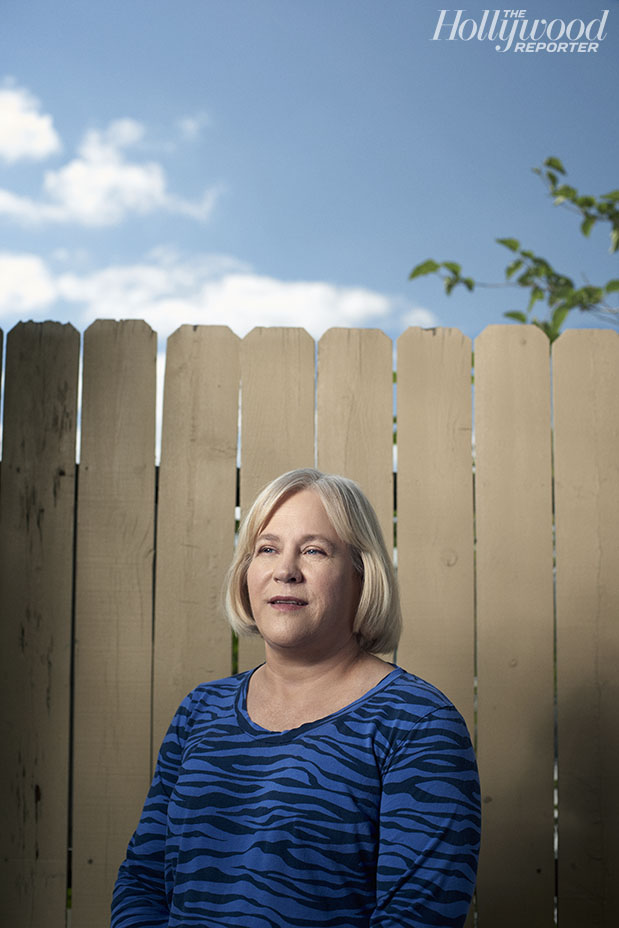 Two years ago, Shively moved to Woodland Hills. But the one-two punch last year of Ryan Murphy’s hit dramatization and the Oscar-winning documentary O.J.: Made in America reignited interest in the case and thrust major and minor figures alike back into the spotlight. What Shively saw of the FX series left her cold. “I did not act like that at all,” she says of her depiction. “And factual things were wrong — like O.J.’s headlights were on. I would have seen him a lot sooner if his lights had been on. And I wasn’t going to get froyo — I was going to Westward Ho.”

Shively has stayed in contact with other members of the “O.J. case club,” as she calls it, including Tanya Brown, Nicole’s youngest sister (introduced to her by Jim Moret, a CNN reporter during the trial who is now with Inside Edition). The pair occasionally touch base to discuss “our lives, what happened during the case, all the emotions we went through, my guilt. We basically talk about how this case has tainted our lives. Our goal is to not allow it to taint us anymore.”

She also reached out a year ago to Clark’s co-counsel, Christopher Darden, who joined the prosecution after Shively was out of the picture. Shively tracked him down on Facebook — her niece and his son were friends — and expressed her guilt about the case. Darden reassured Shively that “he doesn’t hold anything against me. He told me to take care of myself and to let go of this whole thing.”

That’s easier said than done. News that Simpson could be back on the streets as soon as October makes this year’s anniversary particularly tense. Shively still remembers the night when a newly freed Simpson showed up at the same Brentwood Cheesecake Factory where she was dining — and threw a fit when he was turned away at the door. “My daughter is 28 now,” she says. “Every year on the day of their murders she’s on edge a little bit, because she knows I’m on edge a little bit. The thought of him being paroled is scary, because you never know what will make him flip out again.”

Twenty-three years later, however, it’s not Simpson but Clark who casts the longest shadow. “I may have made a mistake, but I didn’t kill the case,” says Shively. “I realize now that all that stuff Marcia did to me was just horrible. They idolize her so much. I just don’t understand.”

HOW O.J. COULD SOON WALK FREE

Now 69, O.J. Simpson has served nine years at the medium-security Lovelock Correctional Center for a 2007 armed memorabilia heist. The infamous NFL star’s second appearance before a Nevada Board of Parole is slated for July, with the date to be finalized by mid-June. At his first parole hearing in 2013 — seen in the opening shots of the Oscar-winning doc O.J.: Made in America — Simpson, who works as a gym custodian and mentors inmates, described himself as a model prisoner. Parole on some of his counts was granted at that hearing, but Simpson still had four mandatory years remaining. In the interim, Hollywood’s Simpson-heavy 2016 spurred a renewed appetite for all things Juice. “We’ve had close to 50 different requests for media access to this hearing,” says Nevada hearings examiner David Smith, who has made arrangements for pool cameras to be present. A decision could come that same day — and if parole is granted, Simpson would likely be cleared to return to society in October.