Though her personal life has already been subject to intense press attention given her roles in 1978’s Grease and 1980’s Xanadu, her successful music career and philanthropic efforts, the 70-year-old star shows no sign of coyness in revealing more about her life in the autobiography: Throughout, Newton-John details personal accounts from her early years, rise to fame and stories that offer her fans — or as she likes to call them, her “admirers” — the opportunity to learn more about who she is. Apart from chronicling her journey to stardom, Newton-John addresses a myriad of rumors and inquiries that she wants to explain in her own words, including whether she and her Grease co-star John Travolta ever dated, her fears over releasing “Physical,” suing Universal Music Group for Grease royalties and even the mysterious disappearance of her former lover Patrick McDermott.

But don’t expect Newton-John’s memoir to be a juicy tell-all: Instead, the actress/singer says she wants to convey a “positive story,” even as she writes about difficult moments such as the passing of her loved ones and chronicling her battles with cancer. “I wanted to share things that people didn’t know about,” she tells The Hollywood Reporter.

Newton-John was first diagnosed with breast cancer in 1992, was secretly diagnosed again in 2013 and most recently in 2017. The third recurrence has metastasized to her back, ultimately causing a fracture that left her on bed rest for her 70th birthday. To alleviate the pain, Newton-John is relying on both medications prescribed by her doctor and holistic treatments including medical cannabis. As she currently faces her third round of breast cancer, she assures that she’s “doing well.”

In an interview with THR, Newton-John was in good spirits about her anticipated memoir hitting bookshelves, and spoke about what inspired her to write her story for the first time, her cancer battle and determination to spread positivity.

Don’t Stop Believin’ marks your first memoir. Why was now the right time to tell your story?

I heard that they were going to do a TV movie about me in Australia [Hopelessly Devoted to You] and I wasn’t thrilled about it. I didn’t really want to get involved, but I didn’t know what they were going to say. So I thought, well, maybe I better write my own version. This is a good opportunity to write my version in case they write things that are totally false. That’s what got me going. The movie came out and it wasn’t that bad and the lovely girl [Delta Goodrem] who’s a dear friend of mine played me and she did a lovely job, even though I hadn’t watched it. I was happy she was doing it. Meanwhile, I wrote the book by the time they made it and the movie came out, which coincided with the release of my book. It all kind of worked out in Australia. But it wasn’t like I woke up one day going, “Oh I better write a book.” That’s what instigated it and it turned out to be a good thing.

When writing the book, was there something you couldn’t wait to address or anything you were hesitant to put in the book and why?

The things I was hesitant about, I left out. Things I knew people knew about and wanted answers [to], I addressed them just as much as I wanted to. That’s the beauty of writing your own book. I knew I didn’t want to write a gossip book or a kiss-and-tell book. I have lots of stories and that’s in a book under my bed. I’m kidding! I’m kidding! I just wanted it to be a positive story of my life. I feel so blessed to have such an incredible life and an amazing career and I just wanted to tell stories and tell things about me that people may not know.

In the book, you celebrate beautiful moments in your life, but you also chronicle some painful and personal details such as having a few miscarriages, the passing of loved ones and even the disappearance of Patrick McDermott. Why was it important for you to share these stories?

The Patrick story has been talked about so much that I wanted to put it to bed, really. The miscarriages are part of my life and so many women have gone through that experience so I just wanted to share that because it happens to many many women and I’m not any different…. My sister’s passing was so dramatic but so beautiful. I just wanted to share that with people because it was so special. She would’ve wanted that. She wouldn’t have minded that. I know that about her…. It was a beautiful moving experience for me and very personal and I wanted to share things that people didn’t know about.

You also detail your journey with your third round of cancer. How are you doing?

You’ve said that having cancer changed your life by helping you prioritize things. Can you elaborate on how your perspective or strategy changed during this round of cancer when compared to the other times?

It’s probably always been a similar journey, but this time being laid up in a hospital for a month, in my own hospital, which was an incredible gift, and then not being able to do anything — I’m walking on my own now but I’m still not strong enough to do a lot of things — it all makes you really grateful just being able to walk. We take so much for granted in our life and I know that there are a lot of people that live with these issues and have their whole life, but I’ve never experienced not being able to walk unassisted or pick things up when I wanted to or hit a tennis ball or get a horse and ride. I couldn’t do these things so it could be awakening for gratitude and compassion for others even though I’ve always been a compassionate person, I believe. 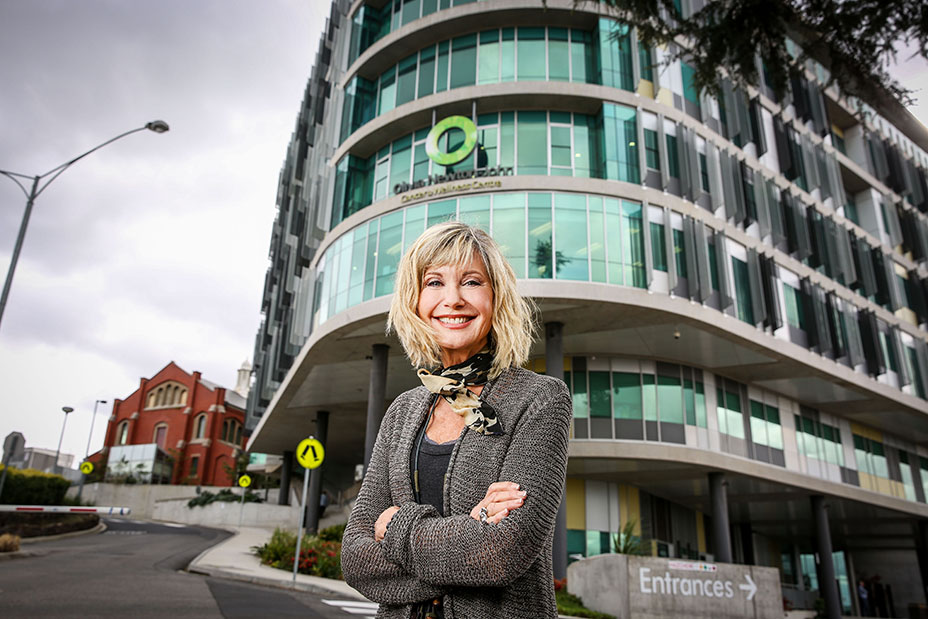 You heavily reiterate the importance of having positive mental health, but it can be common for people battling any illness to feel fear and sadness. What would be your best advice for someone going through the same thing and struggling to be as strong and optimistic?

I’ll reiterate that I do have my moments, of course. I’m fearful sometimes and I’m sad and I go through moments like that. I’m human and you have to allow yourself to go through it. You can’t go around it. The only way to get to the other side is you have to go through the feelings. I go through my moments but I will pray or meditate or do something in nature that brings me peace. I remind myself that it’s all a gift and that’s really all you can do because we don’t know when our time’s up no matter if you’re sick or you’re not.

Well, I have done both and I’m doing both now, using the best of what is offered to you for what you’re going through. The first time I had breast cancer, I used conventional medicine…[like] chemotherapy, but I also did a lot of herbs and meditation and acupuncture and all the things I was able to introduce into my hospital, which was part of my emphasis in creating the wellness and cancer center in Australia. When I had it again, I did a lot of natural therapy and it wasn’t really until this time when I was using Western medicine along with natural therapy. So using the best of both worlds is a gift again. 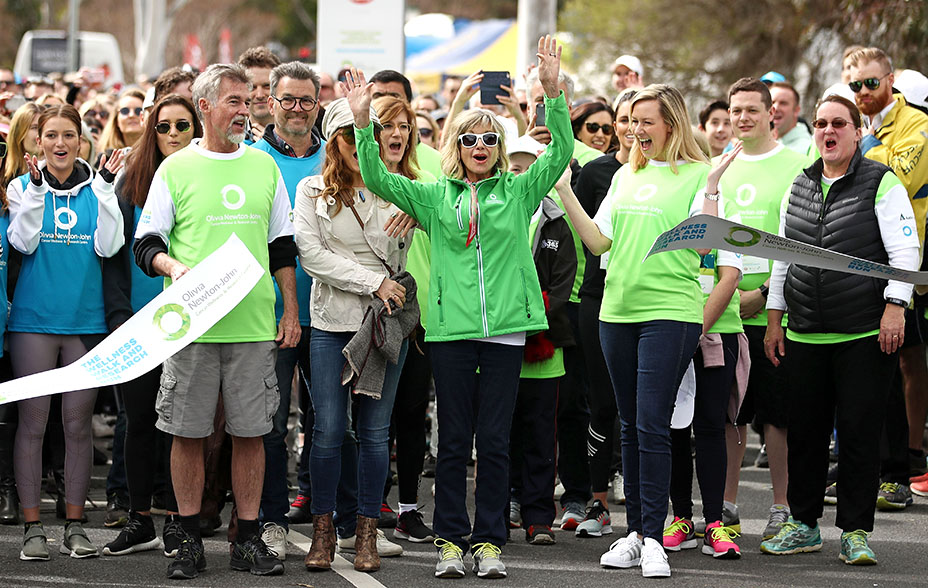 You credit your husband, who’s a natural health entrepreneur, with helping alleviate your pain by implementing medical cannabis. Were you hesitant to explore that method of treatment?

Initially a little bit, but he’s so knowledgeable about plants and the plant kingdom. He grows it for me and makes it for me and explains everything to me. When I started using it, I got such benefits, especially with pain. I was in terrible pain in Australia when I got this fracture. He had made some for me and it’s made such a difference in my world that I needed less help with painkillers because the cannabis was doing it for me. I’m very grateful for it and I really do think it should be available for everyone. No one dies from cannabis. You die from opioids.

In your book, you emphasize the importance of women’s empowerment and detail moments and situations where you exemplify that. What is your response to this current climate amid the #MeToo movement and Time’s Up era?

I think that it’s wonderful that women are standing up for themselves and equal pay and equal work and being treated respectfully. That’s just manners. That’s how you expect gentlemen and men to behave. I think women have to bring up their sons that way. We have to be very conscious of how we raise our children to be respectful and be aware. I think it’s going to strike a great balance and is a wonderful change.

What would you ultimately hope that people take away from your memoir?

I just hope that it entertains them and brings a smile and positivity to their lives and they learn a little bit about me that they didn’t know hopefully. I just hope they enjoy the read. That’s the point. 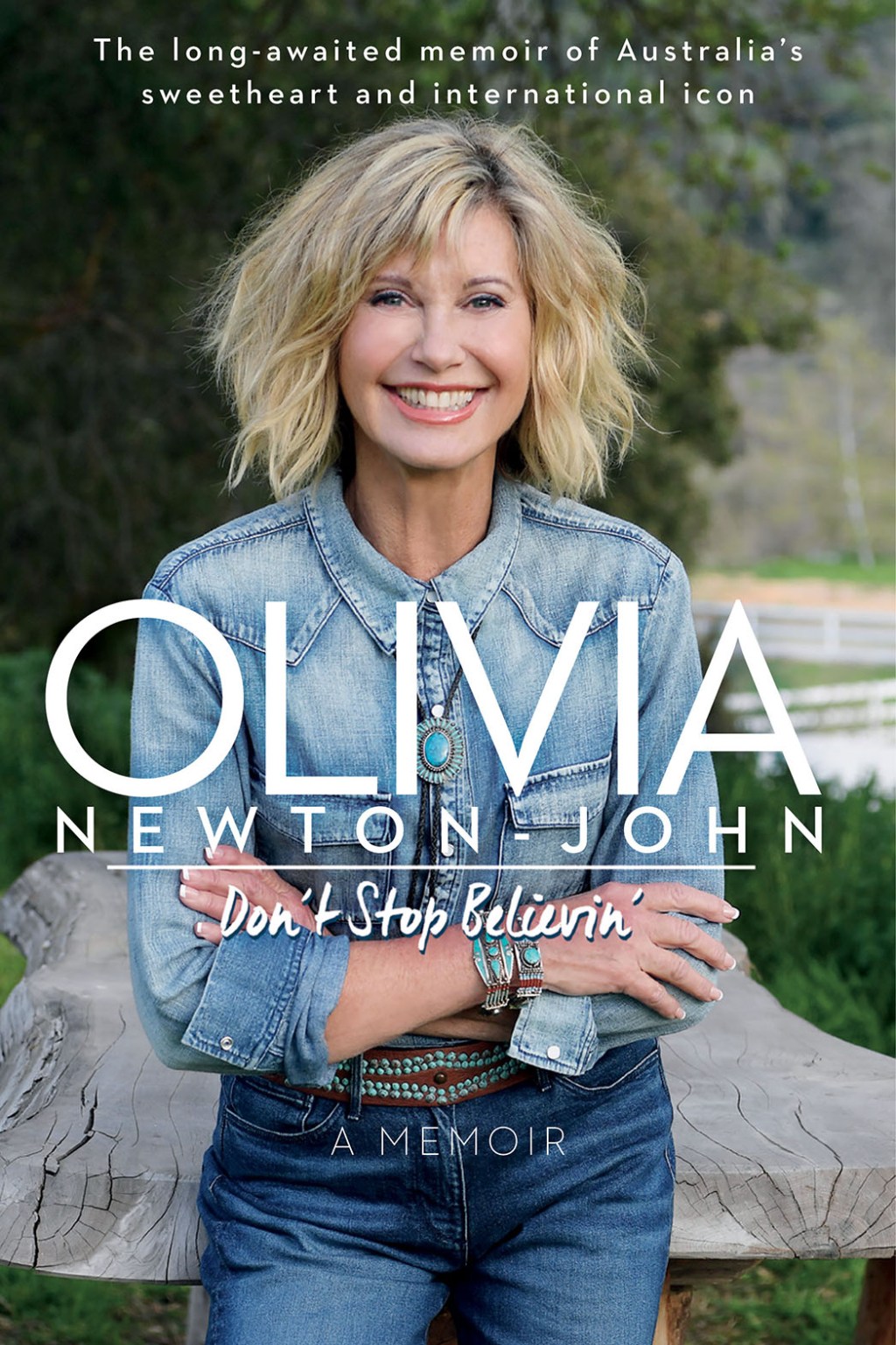 Amber Tamblyn Talks White Feminism, #MeToo and Time's Up: "Like Awards Season, But for Our Rage"