Susan Traherne, the unstable protagonist of David Hare’s Plenty, straining against a numbing life of polite prosperity in post-World War II Britain, is often compared to the self-destructive heroine of Ibsen’s Hedda Gabler. Both women are tricky characters, selfish neurotics requiring an audience to fill in psychological blanks they refuse to articulate, even as corrosive suffocation, intransigence and rage push them over the edge.

Neither director David Leveaux nor Rachel Weisz in the lead role satisfyingly meets the challenges of this structurally complex drama in the Public Theater’s torpid revival. The jagged shards of a broken life that Hare presents, ranging non-chronologically from radiant optimism through embittered defeat, never come together into a coherent portrait of lost idealism. The precise reasons why the production packs so little charge are hard to define, but a dated text and a disconnect between director and material loom large among them.

Written during the early part of Margaret Thatcher’s long Conservative leadership, Plenty was a sharp rebuke of an empire fallen into passionless dystopia, ruled by ever-multiplying bureaucrats fighting over little pieces of power. But Hare was also astute in pointing out the failings of postwar idealists, incapable of the compromises that might have kept their struggle alive. In both aspects, the play should resonate in a disillusioned America, in which diminished faith in the political system has become one of the rare areas of common ground across societal lines. There can be few countries in the world right now where the traditional national mythology of strength, affluence and opportunity is more at odds with the impoverished reality for many — financial, spiritual or moral. But Leveaux’s production summons neither contemporary trans-Atlantic parallels nor a period-specific sense of time and place.

Mike Britton’s set design interprets the sterility of postwar England rather too literally with an austere apartment of deadening charcoal-gray walls. And while David Weiner’s lighting is more descriptive, pushing into the dark corners of Susan’s mind and casting hypnotic shadows, the conceptually fussy scene changes do little to find fluidity in a drama so disjointedly episodic in structure.

What Plenty needs most in order to work is a blazing central performance, capable of exploring the subtle cracks as persuasively as the hysterical outbursts. The drama’s reputation rests largely on the imprint left on the role of Susan by its most notable interpreters. The brilliant Canadian stage performer Kate Nelligan originated the part in London in 1978 and then reprised it four years later in New York to great acclaim in a production directed by the playwright (also at the Public, and subsequently on Broadway). Meryl Streep played Susan in the 1985 film version, and Cate Blanchett in a 1999 London revival. 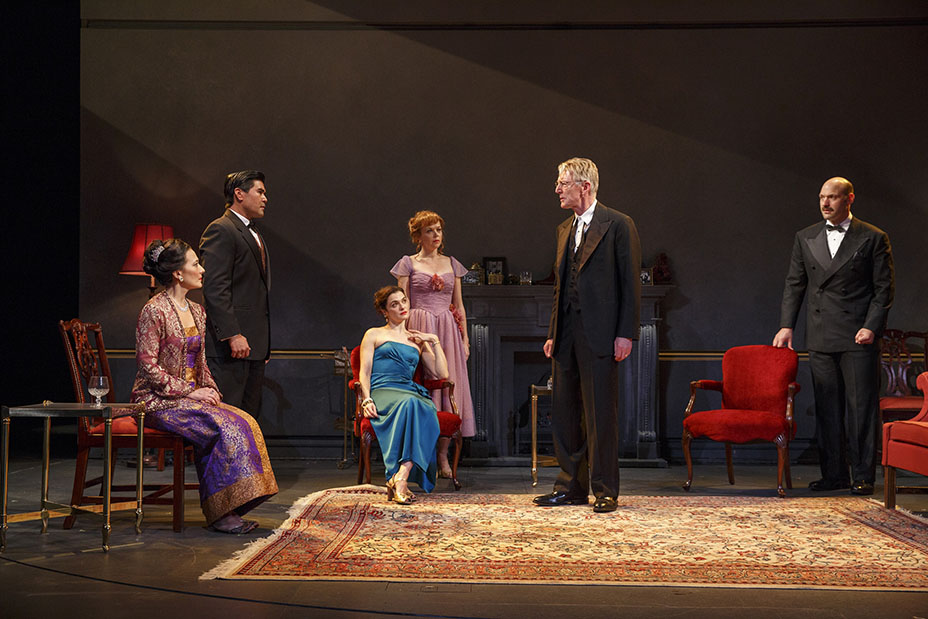 On paper, Weisz is an exciting addition to that list. She proved an incandescent stage presence in Mike Nichols’ 2013 Broadway revival of Harold Pinter’s Betrayal, her grasp of brittle intelligence and bone-deep unhappiness in that production suggesting she would be an excellent fit for Hare’s Ibsen-esque drama. But Weisz gives an oddly stilted performance here, wan and distant in the scenes of relative composure and artificial in the explosive rants. Without access to Susan’s thoughts and feelings — enigmatic and wildly erratic though they may be — this opaque character study remains a dull blur.

It’s also confusing. The play is a puzzle to be assembled from fragments of Susan’s life, spanning her time behind enemy lines as a courier working with the French Resistance during World War II through her years as the bored wife of British Foreign Services diplomat Brock (Corey Stoll), her dissatisfaction eating away at her mental health. At various points in between, she wafts about on the fringes of bohemian London life, working stultifying jobs in shipping and then advertising, and trying for 18 months to have a child with Mick (LeRoy McClain), a working-class man she barely knows. She maintains that she doesn’t want some “sad, decorous marriage,” but drifts into exactly that with Brock.

Stoll does what he can to make this patient, caring man interesting, but without a more incisive overall handle on the drama, the role becomes thankless. The performance generates electricity only in a late scene in which Brock loses his temper, making an angry last-ditch attempt to help the unraveling Susan by pointing out her refusal to face life, and the pain it causes everybody close to her. Also, it’s a minor quibble, but casting someone as physically toned as Stoll in a role described in the script as “middle-aged, running to fat” is disconcerting, especially when the play opens with him draped naked across the floor like a Bernini sculpture.

The fact that Susan has never felt as fully alive as she did around age 19 (who does?), when she was fighting the good fight in France, is for her an inescapable reality. In most of the play’s scenes she works hard to keep that needling awareness under control, carefully constructing a façade of rationality that occasionally crumbles. The problem is that while there are moments when Weisz effectively conveys the contradictory whirl of emotions, more often we see the actor working hard, not Susan.

The play’s big central showpiece is a 1956 Knightsbridge dinner party in the midst of the Suez Canal Crisis and its colossal humiliation for Britain. Arriving late to the evening is Brock’s mortified former boss Leonard Darwin, an old-school Foreign Office vet played with starchy irritability and suitably weary aplomb by Byron Jennings. Also present is a fawning Burmese diplomat (Pun Bandhu) and his gracious wife (Ann Sanders), as well as Susan’s artsy friend and confidante Alice (Emily Bergl), who explains away Susan’s shrill attacks against both the British government and her husband as her “psychiatric cabaret.” But here as well, Leveaux’s failure to shape the surrounding pieces into a compelling context flattens what should be a scene of excruciating social embarrassment.

Fortunately, the caustic wit of Hare’s dialogue often proves quite resilient, particularly in the second act, which sparks to life with more regularity than the first. But the closing scenes, in which everything should come together, have minimal impact. The first is a 1962 assignation in a seedy Blackpool hotel between a drugged out Susan and her former Resistance colleague, Codename Lazar (Ken Barnett), after she has bailed on her marriage and left Brock all but homeless. The scene then jumps to a rural French hillside in 1944, immediately following the Liberation of Paris. As Susan gazes out, predicting days and days like this, the audience’s insight into the emptiness that lies beyond her vision of a heroic utopia should be shattering. In this production, however, Plenty ends with not much of anything.