One wouldn’t think that a Porsche in the Star Wars universe makes sense, as it would be tough to get a tune-up off-world. But a new collaboration between Porsche and Lucasfilm, for the new film Star Wars: The Rise of Skywalker, is actually the second time the two companies have worked together on the design of a spacecraft.

Torra Doza’s “Blue Ace” spaceship, which featured in the 2018 animated series Star Wars: Resistance, was based off of Porsche’s late-’60s 917 race car, right down to the classic blue and orange Gulf livery paint scheme. “For Resistance, that show based on racing ships and for every one of the characters we loosely based their racing fighters off of certain types of racing cars. Torra’s ship was based off of that exact 917,” said Amy Beth Christenson, art director at Industrial Light & Magic (ILM).

This time around, for the release of Rise of Skywalker, the two companies have come together to create the Tri-Wing S-91x Pegasus Starfighter, a craft whose design leans towards the future. The Tri-Wing was developed over a period of six weeks as a collaboration between the Porsche design studio in Weissach, Germany, and ILM’s design studio in San Francisco. The design brief was simple: Blend the design of the X-Wing, Y-Wing and U-Wing fighters with that of the new Porsche Taycan. The result was shown alongside the Taycan as a finely detailed, five-foot-long model at the Rise of Skywalker premiere Monday night in Hollywood. 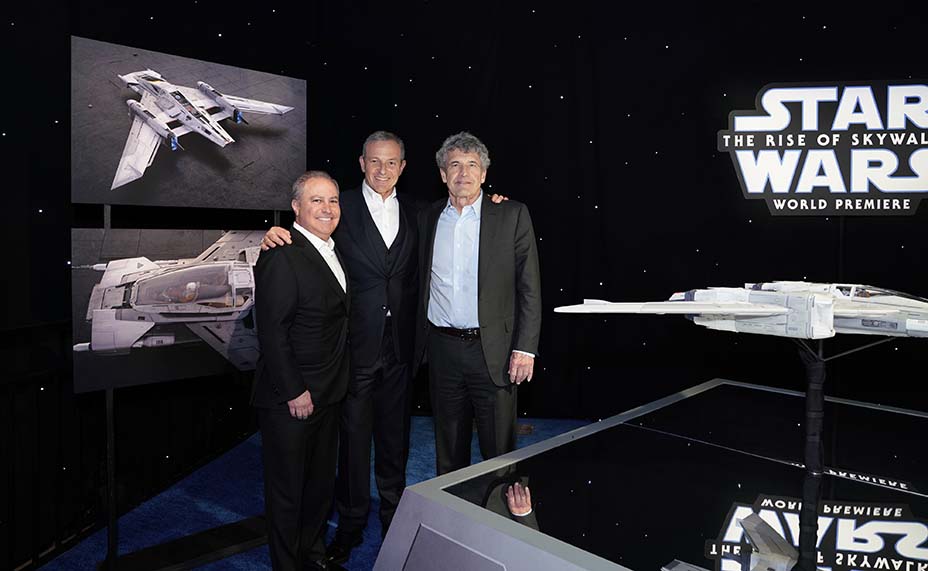 “We have to give the ship a personality, so we say it’s a good guys ship, so it can’t be completely black, like Darth Vader’s ship — we wanted it to be more friendly. We didn’t want to make it a Porsche car with wings,” said Lucasfilm vp and executive creative director Doug Chiang on the red carpet at the premiere. “We talked about the idea of it being like a sports car spaceship, and what does that mean? It means that the shapes have to be very streamlined and you need a big engine to convey power.” Due to time constraints, though, the Tri-Wing didn’t make the film’s final cut. “It will live on in future projects,” said Chiang.

There is a lot of Porsche in the design language in the Tri-Wing: a front fascia reminiscent of the car’s air curtains and the eight headlights on the Taycan; a rear louvered grid and light bar inspired by the current 911; and, in a callback to the flat-12 engine of the 917’s engine bay, the same circular-shaped cooling wheel is reminiscent of where the droid sits, which is a wonderful Easter egg for both Star Wars and Porsche race car fans, of which there is a lot of overlap.

The teams also applied a Teutonic design criteria to the interior of the Tri-Wing, meaning the design follows a principle characteristic of the Porsche brand — that all the elements have a clear function and purely visual features have largely been dispensed with. So the instruments in the cockpit are aligned with the driver’s axis and there is a low-slung seating position, which Porsche says is reminiscent of their million-dollar Porsche 918 Spyder supercar. 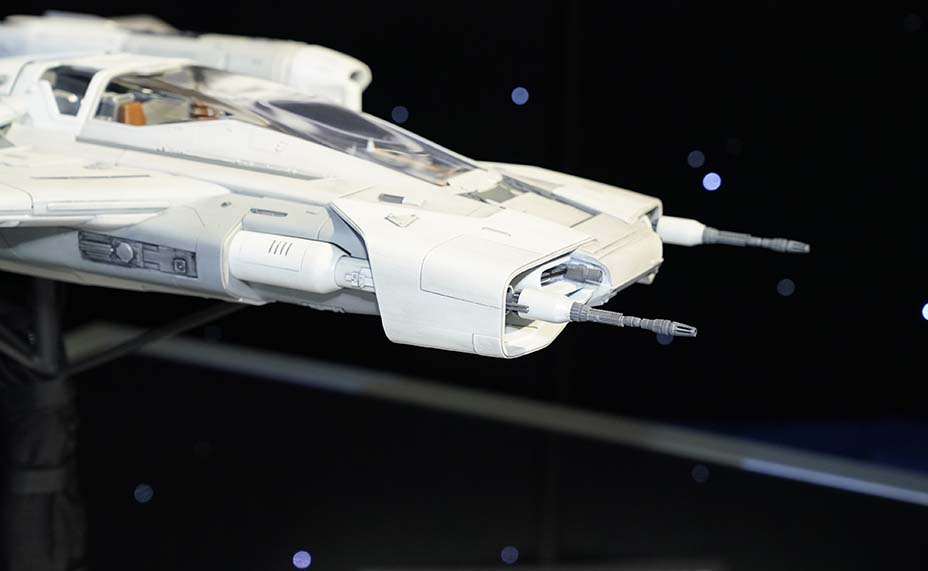 “While the product tonight only goes back two months, the relationship between Porsche and Lucasfilm and Star Wars goes back three years. It took us this long to find something authentic to work on together.” said Klaus Zellmer, president and CEO of Porsche Cars North America, which debuted the Taycan’s 4S variant at the L.A. Auto Show earlier this month. (It will hit dealership floors soon.)

“We don’t think it will be an immediate sales tool,” added Zellmer on the red carpet at the premiere. “For us, the bigger exercise is building the brand. Brands tell stories, and with Porsche and Star Wars, it’s two rather successful brands telling their stories around a passion for design.”