Mark Geragos may be a big personality, but he doesn’t believe in wearing an attention-getting watch to court. “I don’t think a heavy-duty, blinged-out watch is appropriate for a lawyer to wear for jury trials, especially if you are asking jurors for more money in a civil case. Jurors notice everything, down to whether your shoes are shined,” says the high-profile attorney, whose clients have included everyone from Whitewater defendant Susan McDougal, politician Gary Condit and convicted murderer Scott Peterson to Winona Ryder and Michael Jackson.

Geragos recommends the same strategy to defendants, like long-time client Chris Brown, who has a penchant for diamond-covered timepieces. “There have been certain occasions where I’ve told him to lose the watch,” he says of one piece in particular, Brown’s 2014 Richard Mille homage to Crouching Tiger, Hidden Dragon, which has animal figures hand-carved in gold. “For any client involved in a criminal trial, I’ve told them, ‘Don’t bother wearing a watch, [because] I don’t know whether you are coming out the door with me or not.'”

Outside the courthouse, it’s another story. Geragos, 59, is a veteran watch collector who picked up his love of timepieces from his late father, Paul, a former prosecutor with the Los Angeles District Attorney’s office. “When I was still in high school, my father came home one day and told my mom that the public defender was wearing a gold Rolex. He couldn’t get his arms around that. And for his next birthday, she bought him a gold President [Rolex].” Geragos‘ dad, who died in November at 89, later went into private practice, forming Geragos & Geragos with his son in 1983. “My father was always into pocket watches, too. He’d wear three-piece suits and have all the accoutrements.” 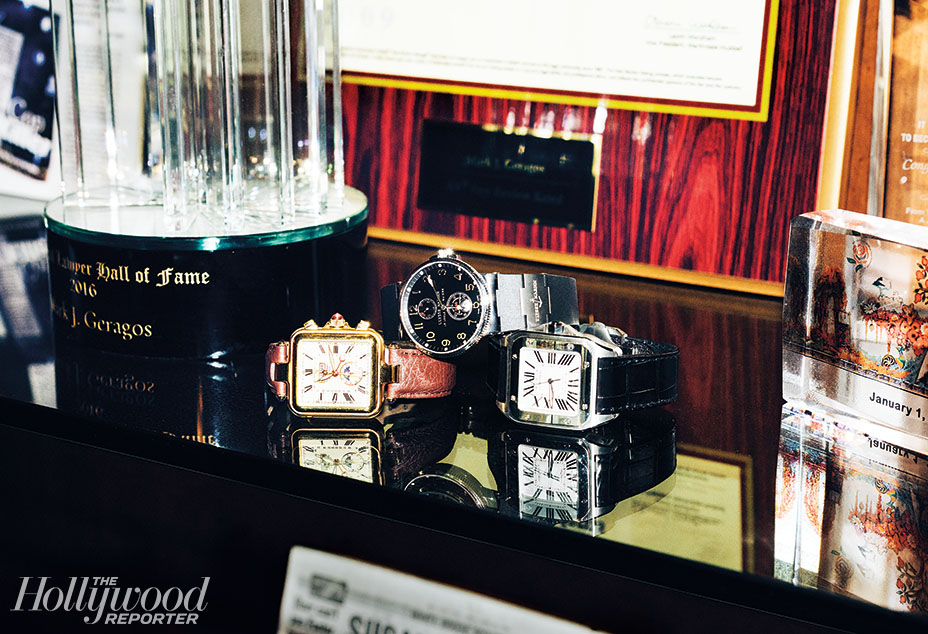 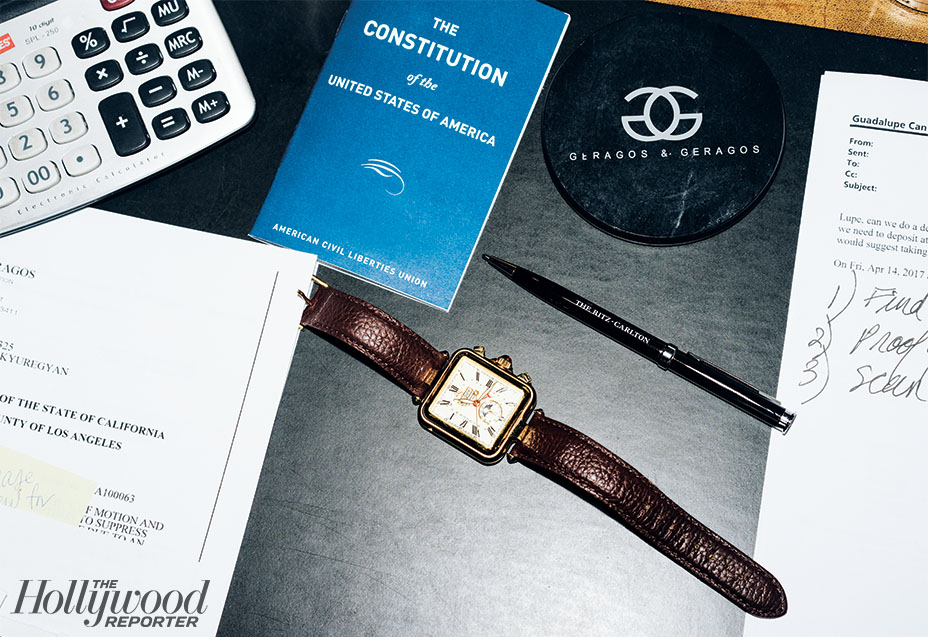 Geragos remembers his first watch well. “It was a Longines circa late 1940s that my father gave me, that his stepfather had given him when he graduated from high school. And my son took it when he graduated from high school. It’s into its fourth generation,” he says. When Geragos graduated from college in 1979, his father gave him an Audemars Piguet Royal Oak. When he married his wife, Paulette, in 1988, his new father-in-law presented him with a Rolex President with an onyx face. (“There was a time in the ‘80s when if you were a criminal defense lawyer and you didn’t have a gold Rolex, you were nowhere,” says Geragos.) He’s continuing the watch-giving tradition. Last year, he purchased a Rolex with a diamond bezel for his daughter, Teny Rose Geragos, to celebrate her law school graduation. His own splashiest watch is a gold Audemars Piguet Royal Oak with a complement of diamonds that he keeps in a safe and wears for special occasions. “It’s kind of a power watch,” he says.

The attorney — who makes appearances on CNN as a legal analyst, co-hosts a podcast called Reasonable Doubt with Adam Carolla and exec produced the ABC drama Notorious — appreciates watches because “to some degree, it’s art and it’s sculpture. Clearly it’s something no one needs, but what you are appreciating is design that’s timeless.” 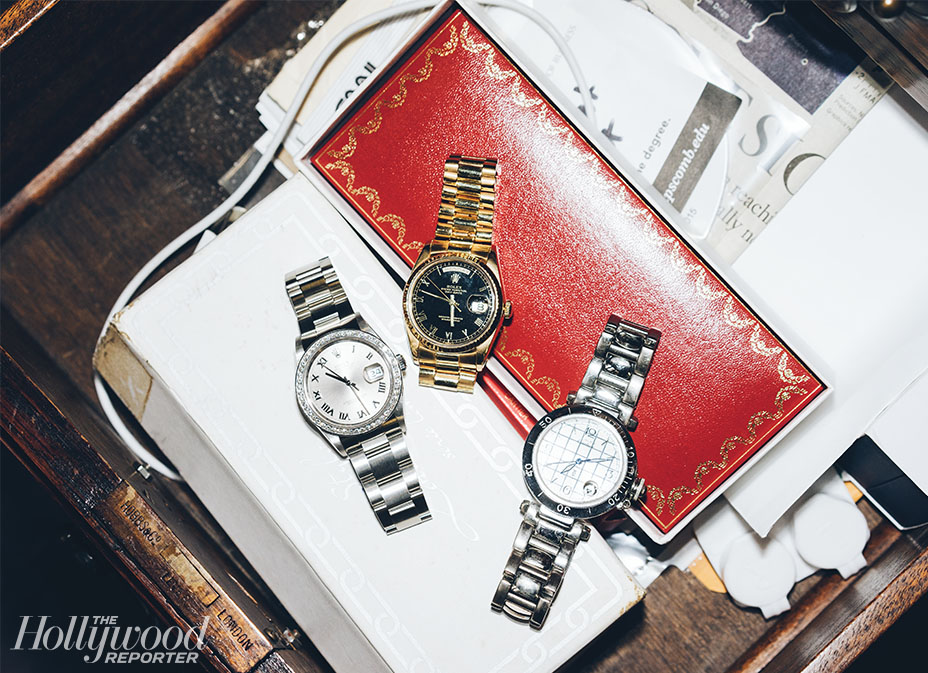 With fellow lawyer Brian Kabateck, Geragos also owns and runs the Engine Co. 28 restaurant (with locations at LAX and downtown) and the V Palm Springs hotel, which opened last year. Geragos is sole hotelier of the Capri Southampton on Long Island and the Casa Tropicana in San Clemente, California. He’s also working on a number of civil rights cases involving police misconduct and “at any given point protecting Chris Brown,” he says.

Putting a defendant in the best possible light is a talent that perhaps helped Geragos make one of his best watch discoveries to date: “I was at a swap meet years ago and saw a beat-to-crap Rolex and paid $300. I spent a fortune having it redone, and it turned out it was a stainless from 1961. It’s worth something. I keep that in the safe, too.”

9 Power Lawyer Timepieces for Every Occasion