Havana, Cuba, has long held a unique allure for the curious jet set, boosted by the fact it was technically off-limits to Americans for decades. We always want what we can’t have, right? Of course, plenty of loopholes meant Beyonce and Jay Z legally celebrated their fifth anniversary there in 2013, and a slew of other stars (including Vin Diesel from Fast and Furious, which filmed there earlier this year) have followed suit.

But with the official opening-up of the previously shut-off country, it’s become even hotter. Karl Lagerfeld’s decision to hold the Cruise 2016/2017 Chanel show on Havana’s Paseo del Prado solidified the destination’s status in the fashion community (even if the show did come under scrutiny from some). Tilda Swinton and Gisele Bundchen were a couple of the A-listers in attendance for the monumental occasion.

Experiencing Cuba in person is an exercise in extremes: opulent architecture that has crumbled over decades of disrepair, gorgeous candy-colored ‘50s convertibles cared for better than the women (a popular joke!) and creative and flavorful meals served by friendly staff who subsist on rationed food.

But with the trade embargo being lifted, there’s a glimmer of change in the air. And there are locals doing a lot with very little — some of the most inspired jewelry and decor is made with recycled materials and even repurposed “trash,” tying into the green movement pervading the fashion world. Pret-a-Reporter contributor Kathryn Romeyn shares her experiences at three Cuban hot spots: Havana, Trinidad and Vinales. 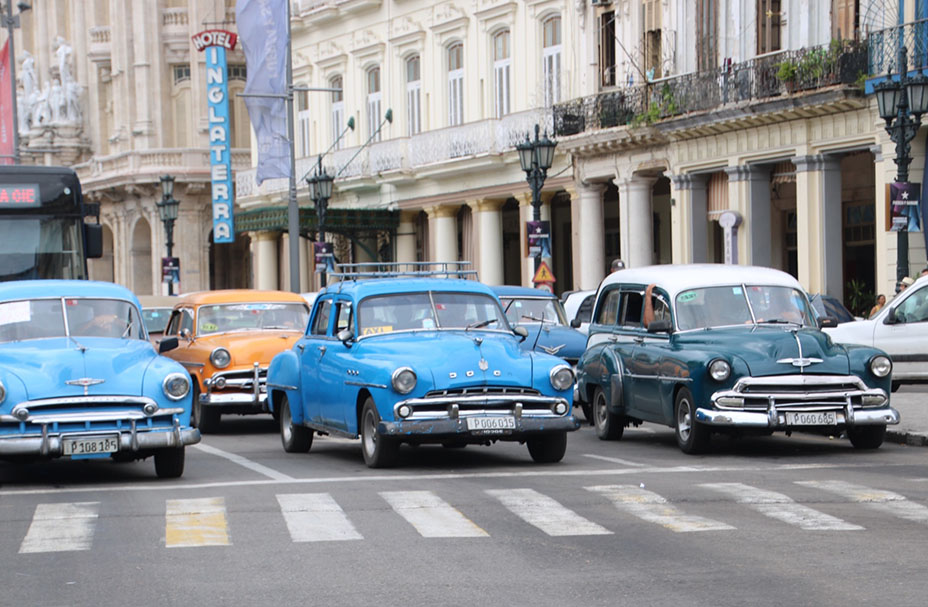 Even as someone who typically doesn’t think much about cars I was fascinated and seduced by seeing all the immaculate vintage Chevrolets, Fords and Buicks on the road. 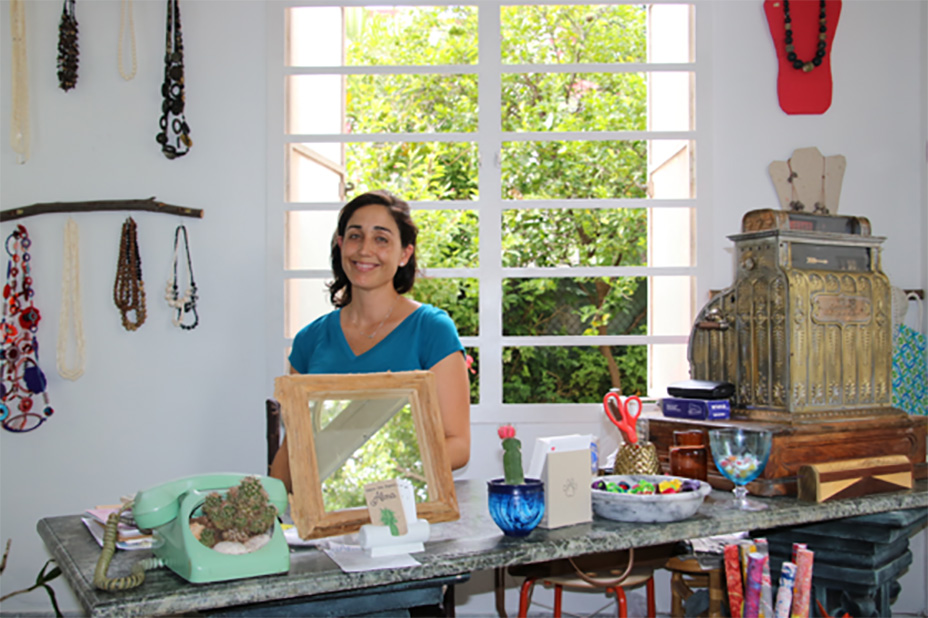 Alma Cuba is a beautiful little gem of a boutique in the historically upscale Miramar neighborhood. Owner Alexandra Oppmann, who’s Cuban and Panamanian, has an incredible eye for curating locally made crafts, home goods and jewelry, almost all of which repurpose interesting materials (watch parts, beer can tabs). It’s a must-shop — you can’t find pieces of this quality or ingenuity in the government-run shops and markets. 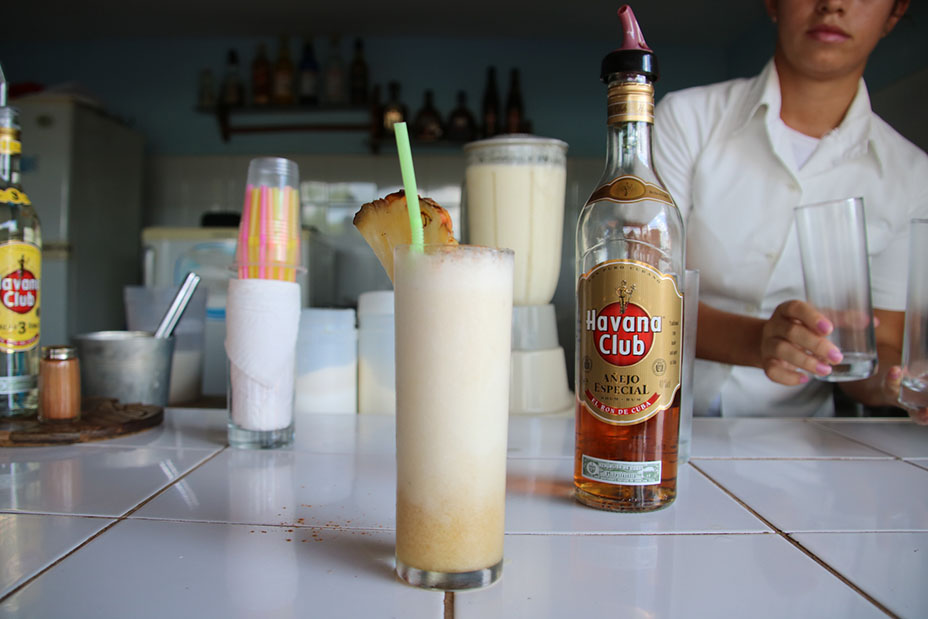 On our long drive to Trinidad we stopped at a roadside rest stop for one of the best pina coladas I’ve ever had. It was all of two bucks American, and you get to add your own rum! 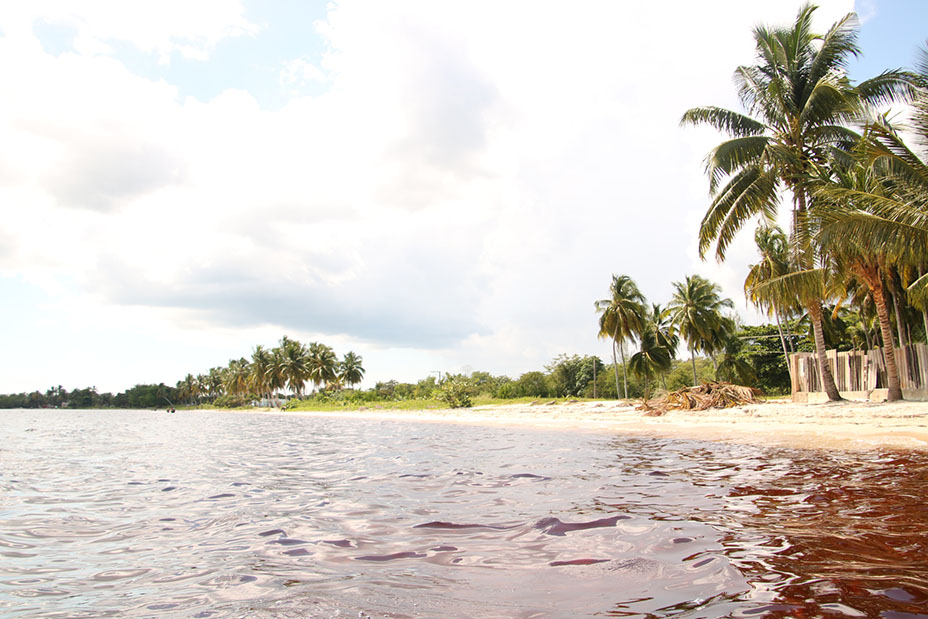 The Bay of Pigs — where the failed military invasion of Cuba went down in 1961 — was on the way to Trinidad. This beautiful sandy beach was lovely for a little sunbathing and swimming in its deep red water, which is essentially dyed by the area’s mangrove trees. 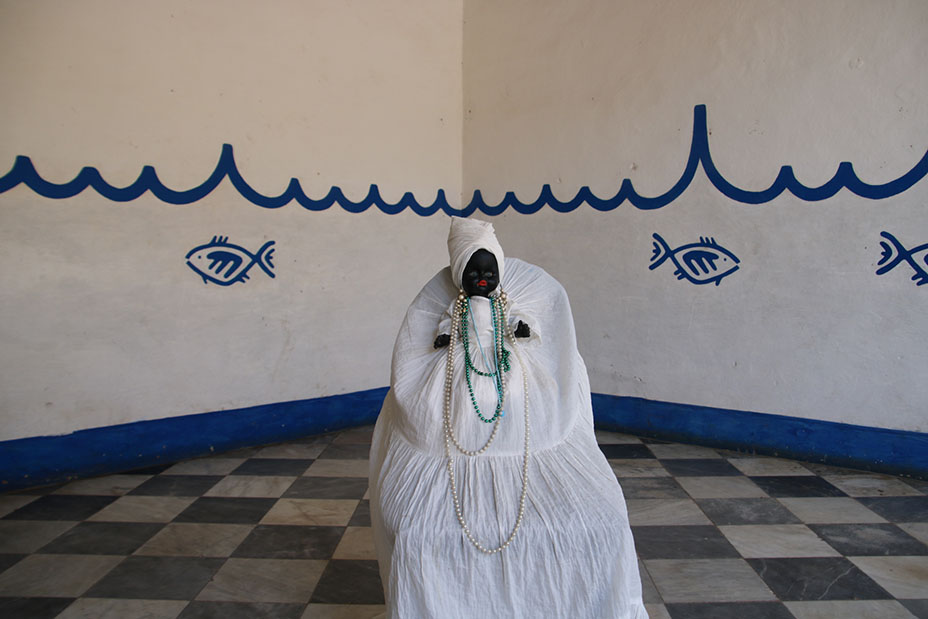 For those who practice Santeria, there’s a dress code of all white, all the time, and temples dedicated to goddesses represented by dolls dressed in elaborate costumes. 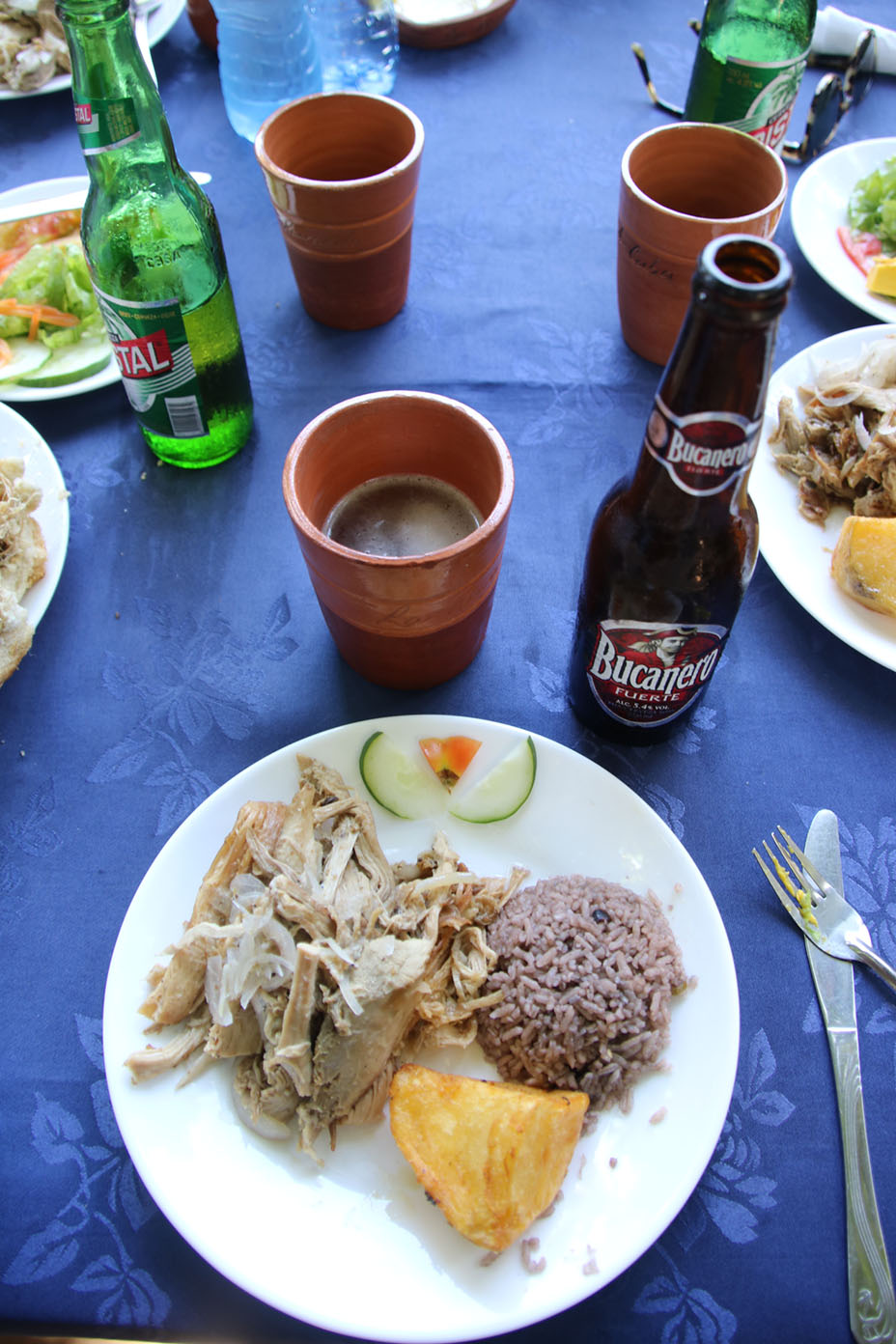 A casual lunch in Trinidad consisted of a Cuban classic: tender roasted pork with Moros y Cristianos (the name for rice and beans, which translates to Moors and Christians) and local beers, Cristal and Bucanero. 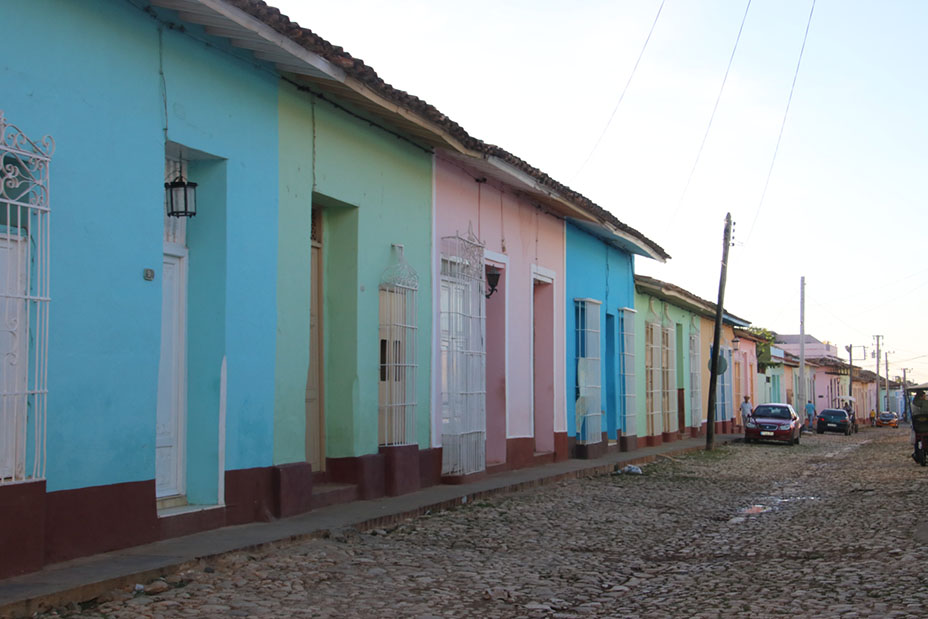 The streets of Trinidad — and Havana to some degree — are like a living rainbow. You may have to connect two live wires to make a lightbulb turn on in a house, but like those famous American classic cars, the facades are diligently maintained. 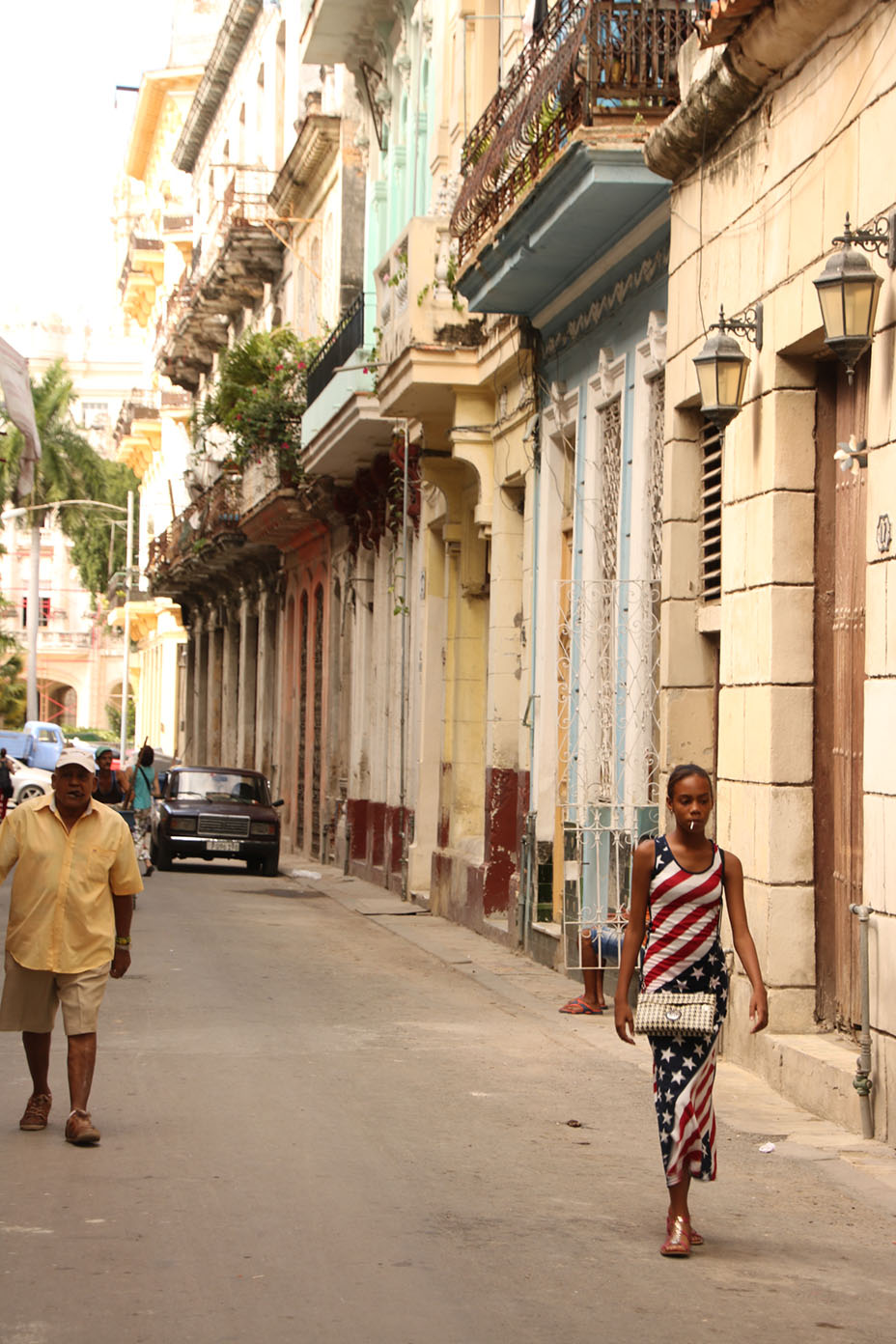 It may be surprising, but Cubans absolutely love Americans — and anything American. You won’t go a few hours without seeing a local in American flag garb, whether it’s an Old Navy Fourth of July tee that somehow wound up on the island or a full-length dress like this young woman wears in Havana. 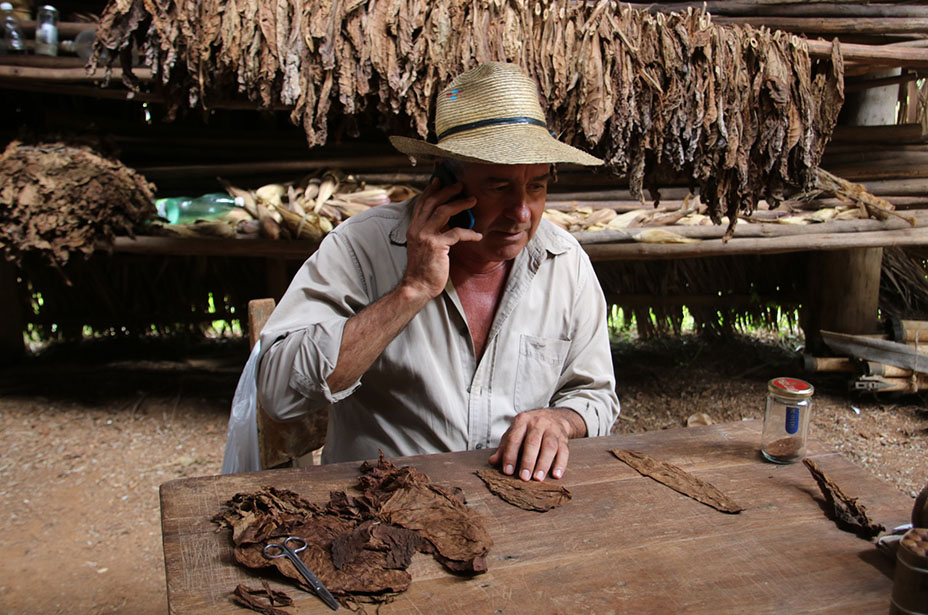 After riding horses through a farm in lush Vinales, we had a lesson in cigar-rolling from this expert, who had to stop his instruction briefly to take a call. It turns out Cubans are just as tied to their cell phones as we are! 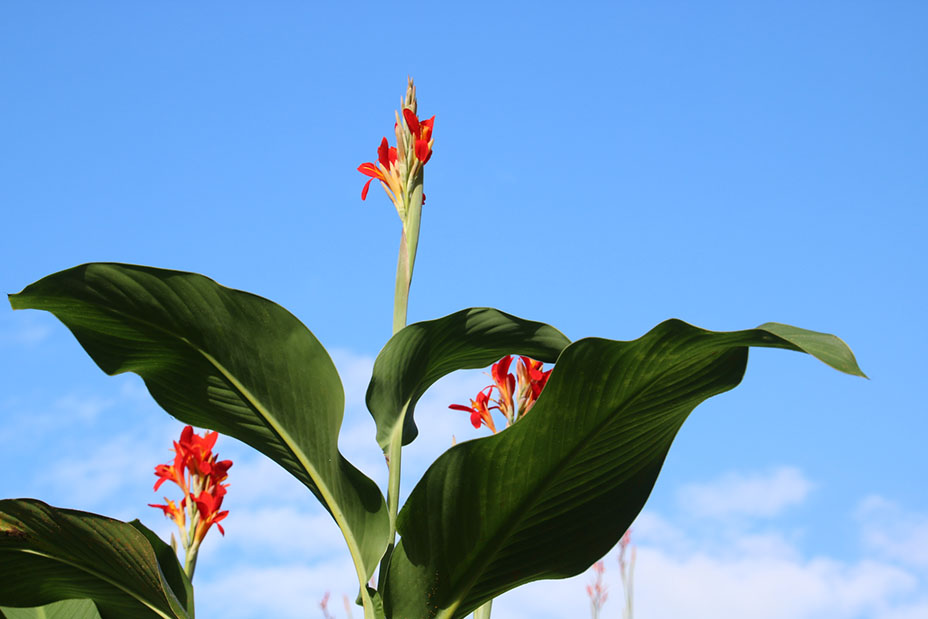 I was surprised at how vibrantly green and colorful Cuba was, not just via paint but also vegetation and flowers. On a visit to an organic farm in Vinales I was in awe of this elegant flowering plant. 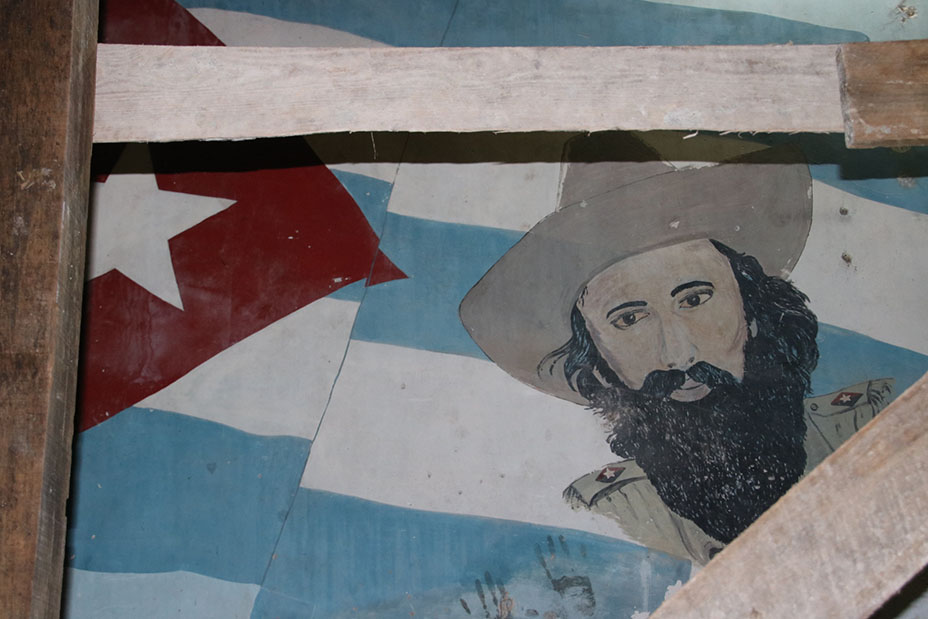 The amount of propaganda everywhere — and total lack of advertising for anything else — is striking in Cuba. Revolutionary artwork greets guests in the dilapidated but grand downstairs entrance to the iconic restaurant La Guardia (where Usher was married last year), which sits several levels above the street and serves the hands-down best food in Havana. 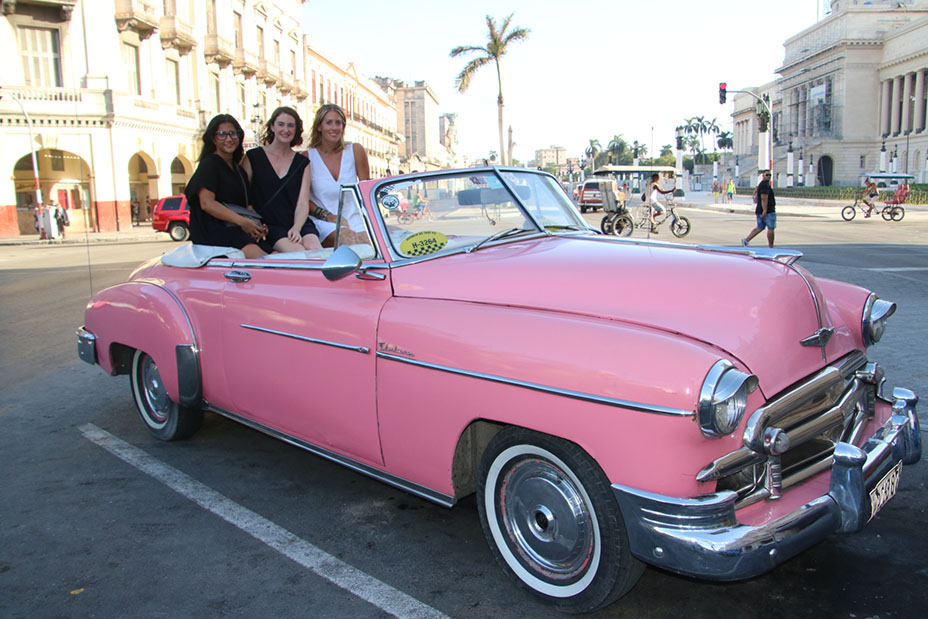 It may seem cheesy, but if Karl Lagerfeld did it, who cares? A ride in a classic convertible is a must when in Havana. Our driver was so friendly he took us to his favorite place for a mojito at the end of our tour.