I have this reoccurring thought about how I would pitch the movie version of the year 2020.

I imagine that in my well-rehearsed presentation, the Amy Cooper/Central Park section is where the room of all-white executives I’m pitching politely put down their pens and stop taking notes.

“So let me get this straight, Will. The entire world is on edge after months of lockdown during a global pandemic, which … (looks down to check notes) disproportionately affects Black people. After Ahmaud Arbery and Breonna Taylor become the latest names on the Black tragedies list, some random white woman named Karen …”

I interrupt, “Actually, her name is Amy, but she is a Karen …”

“Umm, OK. So this random woman who has no relevance to the story of 2020 before this point … (checks notes again) weaponizes her white privilege? But doesn’t she know she’s being filmed?“

“Well, the way white privilege works …” I start to say. “… And all this happens before the George Floyd murder video is circulated worldwide?“

“And that brings us to the end of act one!“

“Where are we on the Girls Trip 2 ideas?“

Unbelievable, horrific, inconceivable … all words my white friends and colleagues have used when speaking to me about the George Floyd video.

It’s very different with my Black friends. There’s this kind of unspoken constant discomfort that Black people live with. Like having a dull headache that’s always there, but you go on about your life, so when it flares up into a skull-crushing migraine, “surprised” isn’t an appropriate word.

There’s this generational weariness that weighs on Black people. Someone used the analogy that if you punch even the most docile person in the face long enough, eventually they’re going to say enough is enough. But that’s not really apropos here. The more accurate analogy is if you punch someone in the face for a lifetime and they die, then you repeatedly punch their kids in the face and they die. What we’re watching now are descendants hundreds of years later saying, “Enough, damn it!“

That lifelong, worn-down feeling manifests itself in strange ways. The constant mental pressure of feeling the need to overachieve, justify your value, justify your purpose (hell, your existence) has a vertigo-like effect. I find myself having robust internal debates:

Do you push back on all the microaggressions?

Umm, yeah, otherwise the offenders won’t even know they’re doing it. You’ve got to call this stuff out!

Umm, no, who has the energy for doing that all day? Besides, I need that energy to keep overachieving at the highest levels.

Do I urgently raise my voice in my professional capacity to ensure my perspective — whether popular or not — is represented in rooms where I’m the only Black person?

Obviously! That’s why I’m in those rooms. If I’m not doing that, then what am I there for?

Well, wait a minute, aren’t I there to be successful by Hollywood’s economic standards so that I can empower, enrich and open the door to many more Will Packers?

Of course, one can do both, and I pride myself on doing just that, but the point is … it’s exhausting.

Speaking of exhausting, as I typed this parts of my home city of Atlanta were burning … again. An unarmed black man, Rayshard Brooks, was killed by a police officer. The mayor fired the officer. The police chief resigned. Fed up and tired, protestors flooded the streets. Weary, fatigued police officers were called in to quell disorder. The cumulative effect of decades of racial conflict and angst is wearing on us all.

Still, there is reason to believe that this moment may be a real catalyst for change. I have actually had some promising high-level conversations with folks in this town who are showing interest in enacting real change. Mind you, the chasm between the sincere desire to foster change and true substantive progress can be infinite, and that work is what will ultimately define this moment.

Hollywood has mastered the art of self-congratulation. We want our successful parallel parking adventure on Ventura splashed across THR. This isn’t a moment for that. When you are so far behind in almost every area of real advancement as it relates to one specific race of historically disenfranchised people, you don’t get a victory speech. Leave that for your kids’ kids … maybe.

I recently put out a social media call to action for hate crime legislation in Georgia. Oh Georgia, that wonderful giver of tax credits. That amazing filming location that makes first class on Delta’s LAX to ATL route routinely look like the Soho House elevator while at the same time making Hollywood very uncomfortable because, well, Georgia.

It’s easy for my West Coast friends to forget sometimes that Atlanta is a city that happens to be inextricably linked to a whole lot of smaller towns and counties that surround it, you know … the state. Many of these areas are where Confederate flags and anti-women’s rights sentiments fly in church parking lots.

I fully plan on calling on my Hollywood comrades to help in the fight to finally put a hate crime law on the books in the state. Exhibit 1 for this pressing need are Ahmaud Arbery’s murderers, who spewed a racial epithet over his dead body just a few hours from where T’Challa and the rest of the Avengers were filmed saving the world.

In spite of it all, I remain hopeful and optimistic for the future. I think here is a genuine desire to make this moment about more than the moment. I may not see true systemic equality in my lifetime, but I’ve already seen changes and momentum that I wouldn’t have predicted six months ago.

Future generations have a chance to do something truly dynamic and world-altering with the foundation being laid today. The elections in November will speak volumes about where we want to go as a collective nation.

I remain sanguine about the possibilities. If only those execs would’ve let me finish pitching, I think they would’ve loved the Hollywood-style, third-act comeback. 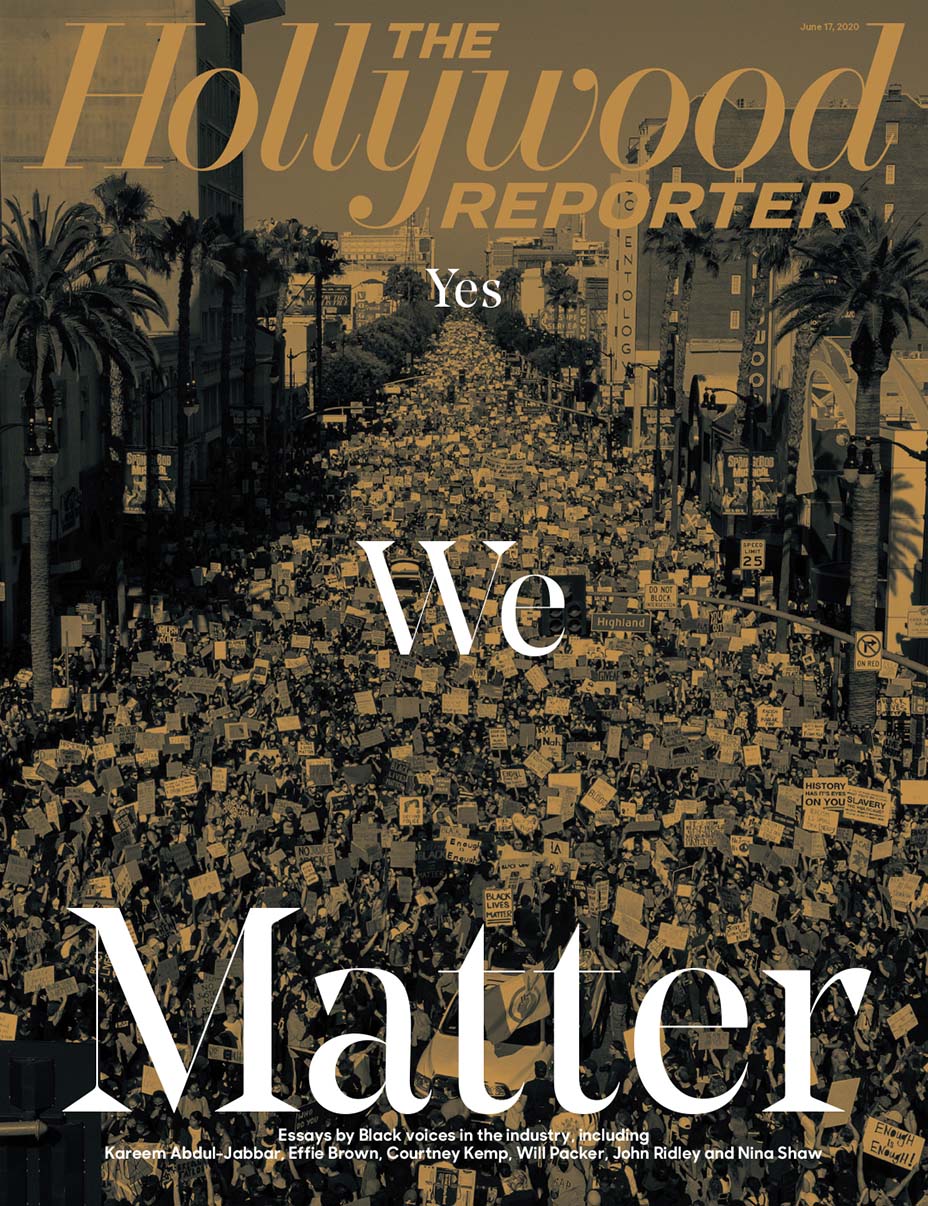