Though producer Richie Jackson has built a successful career in theater, film and television — having produced commercial hits such as Broadway’s Harvey Fierstein’s Torch Song and Showtime’s Nurse Jackie — fatherhood was always his biggest dream.

His wish came true at the turn of the millennium when he welcomed his first-born son, Jackson, whom he shares with his ex, actor B.D. Wong, and co-parents with husband Jordan Roth. (Richie Jackson and Roth also share toddler son Levi together.) But an added bonus came around three years ago when 15-year-old Jackson revealed to his parents that he, like them, was gay.

“I was thrilled. It was my other greatest wish. I hoped he was gay,” Richie Jackson told The Hollywood Reporter and other media outlets Thursday during an intimate lunch at William Morris Endeavor’s New York offices, celebrating his upcoming memoir, Gay Like Me: A Father Writes to His Son. “But as he was telling us, he kept saying, ‘It’s no big deal, it’s no big deal. Daddy, my generation thinks being gay is not a big deal.’ And I thought, ‘Oh no, being gay is a really big deal.'”

Part of the reason Jackson decided to write Gay Like Me — what he described as a “love letter” to his eldest son — is because he wanted to draw parallels between the political and cultural turmoil LGBTQ people faced decades ago and the struggles they currently face as bigotry is on the rise again in Trump’s America. “As I was thinking of all the things I would tell him, Donald Trump was elected president [in 2016] and all of a sudden, he was going to Washington with Betsy Devos and Jeff Sessions and Mike Pence, all of whom are more of an imminent threat to my son than ISIS or North Korea,” Jackson said. 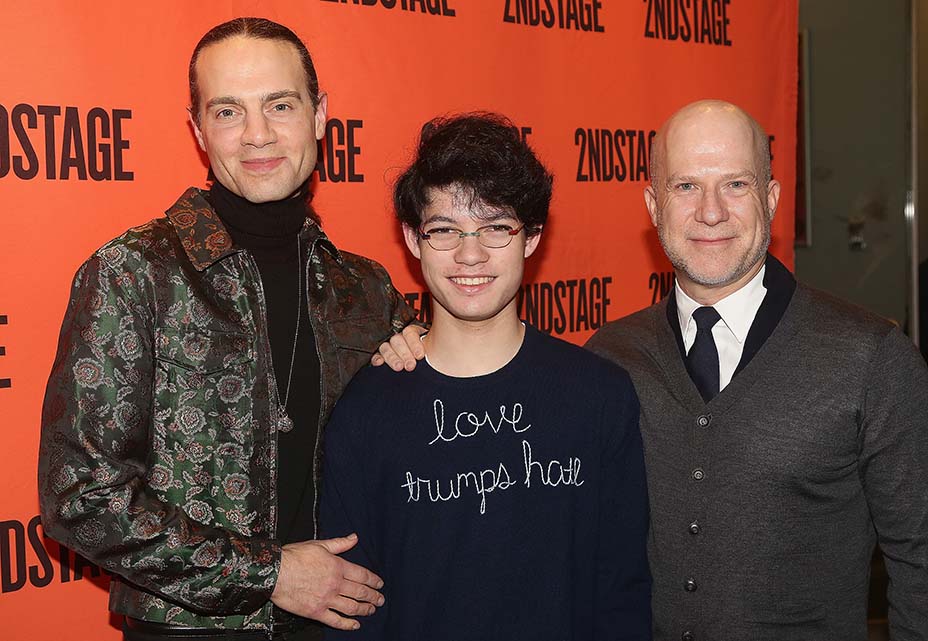 As he explained at Thursday’s event, Jackson came out in 1983 when President Ronald Raegan’s administration was dangerously silent about the AIDS epidemic and was reluctant to admit the severity of its impact on the LGBTQ community. Now, in 2019, the Trump administration has championed bills that encourage discrimination against LGBTQ people by declining service or basic needs such as medical care under the guise of “religious freedom.” The community has faced other strikes from the Trump administration, including a signed ban for trans people to serve in the military and a 2018 threat to define gender legally as a biological, immutable condition determined by genitalia at birth.

“All of these things are lined up against my son now,” Jackson said of the numerous rollbacks. “There are 100 anti-LGBTQ bills in state legislatures. There are 41 anti-LGBTQ hate groups in America, several in [New York] state. It’s going to be harder for him as a gay man than it was for me, coming out in 1983. The rainbows and the hashtag #LoveIsLove are just a veneer. And I needed for him to understand what is really going on.”

Aside from providing a road map for his now-18-year-old son, Jackson said he wrote Gay Like Me to help not only LGBTQ kids and their parents, but also anyone who is coming to terms with accepting a “special” part of themselves.

“I sent a galley of the book to a friend of mine — a woman who lives in North Carolina, who’s straight, married with two children who are not gay — and I asked her to be an early reader. And she said, ‘Why are you asking me to read this? What’s in it for me?'” Jackson recounted. “And I said, ‘All of us have something special about ourselves that we love, that we just want someone to say it’s OK to accept into our lives.’ Gay Like Me is that permission slip to take that which you love and make it central, invest in it, rely on it, have faith in it. That’s what I did with my gayness and everything good has come from it.”

As for his son’s official feedback, Jackson is still waiting on it. “I hope he can read it one day,” the newly minted author said with a laugh. “My son started NYU just as I had finished the book. He has to read Socrates, so I got pushed to the side — which I guess is understandable.”

Gay Like Me: A Father Writes to His Son, from HarperCollins, is available everywhere Jan. 28, 2020.