Continue to The Hollywood Reporter SKIP AD
You will be redirected back to your article in seconds
Skip to main content
August 10, 2017 7:00am

When he was pitching his Pacific Palisades Village project in 2014, developer Rick Caruso pledged that this one would be different from its forebears, Los Angeles’ The Grove and Glendale’s Americana — more community gathering spot than tourist draw. Now, with its grand opening a year away, Caruso has revealed its first restaurant to THR — an outpost of Hollywood favorite Madeo (Leslie Moonves and Matt Damon are regulars at the Beverly Boulevard original), which has committed to 4,000 square feet for a spinoff called FdeiM by Madeo (a nod to the Italian city, Forte dei Marme, from which the eatery’s founding Vietina family hail). “The plan has always been to find best-in-class retailers and restaurateurs and do something unique,” says Caruso. “We have a whole bunch of retailers that would love to be in the project, that want their typical-sized format and their typical store, and we tell them, ‘We love you, but that is not what this is about.’ ”

Caruso also recruited the paleo-centric bakers behind Sweet Laurel Bakery, staking out their first-ever retail spot (500 square feet), Santa Barbara-based McConnell’s Ice Cream (800 square feet) and Vintage Grocers (11,000 square feet). “This whole project violates every old rule of real estate,” he says of his vision for the Village, which does not include brand-name retailers hogging up massive spaces. 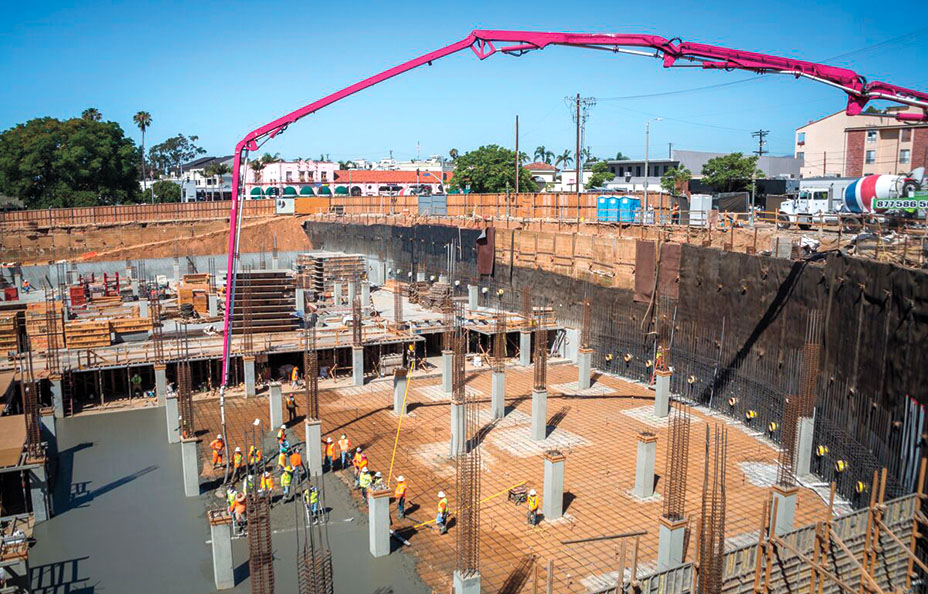 Caruso’s investment in communities extends to his philanthropic efforts: Operation Progress provides assistance to students in Watts, and Caruso Scholars has provided tuition assistance and mentorship to 70 low-income academic stars. The developer tells the story of one girl from Operation Progress who studied after curfew in a janitor’s closet while living in a homeless shelter. “These are just remarkable kids,” he says. “By talking about it, more light gets put on these projects so more people can lean in.”

Since the 116,000-square-foot Village, on Swarthmore Avenue bordering Sunset, broke ground in June 2016, the median home value in the Palisades — where Reese Witherspoon, Steven Spielberg and Ali Larter reside — has climbed 7.3 percent to $2.7 million, according to Zillow. Properties in the neighborhood adjacent to the project, known as the Alphabet Streets — which have traditionally traded well below tonier areas like the Huntington and El Medio Bluffs — have skyrocketed, says Partners Trust’s Laura Brau. “Before, you could get an older home for $1.7 million. Now it is about $2.5 million,” she says. “Being able to walk to town has become this huge bonus.” 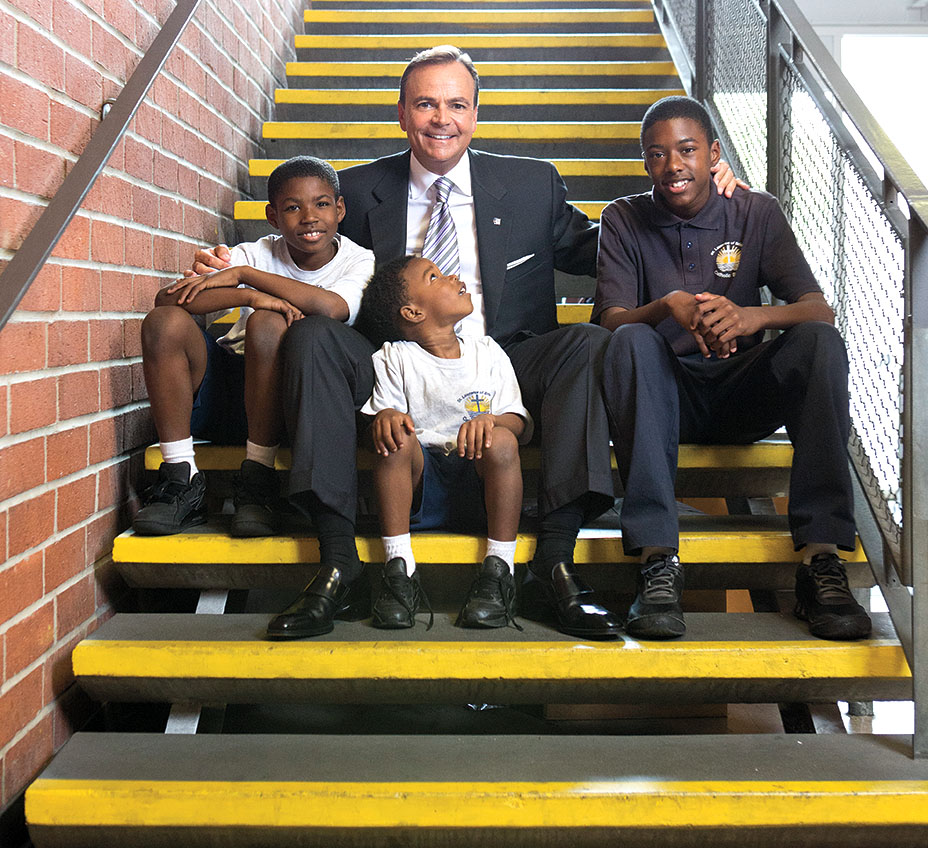 In June, Caruso announced that Cinepolis would operate the revived Bay Theater, which will have five screens with 40 to 60 luxury seats per screening room. It’s a key anchor for the project, says Caruso, which has not been without its skeptics. “The fact that we got permission to build this project in one of the wealthiest communities in the U.S., which would typically be anti-development, part of it — no doubt — is our track record,” he notes. “But another big part of it was: I want my downtown back.”

HOT LOTS IN THE PALISADES 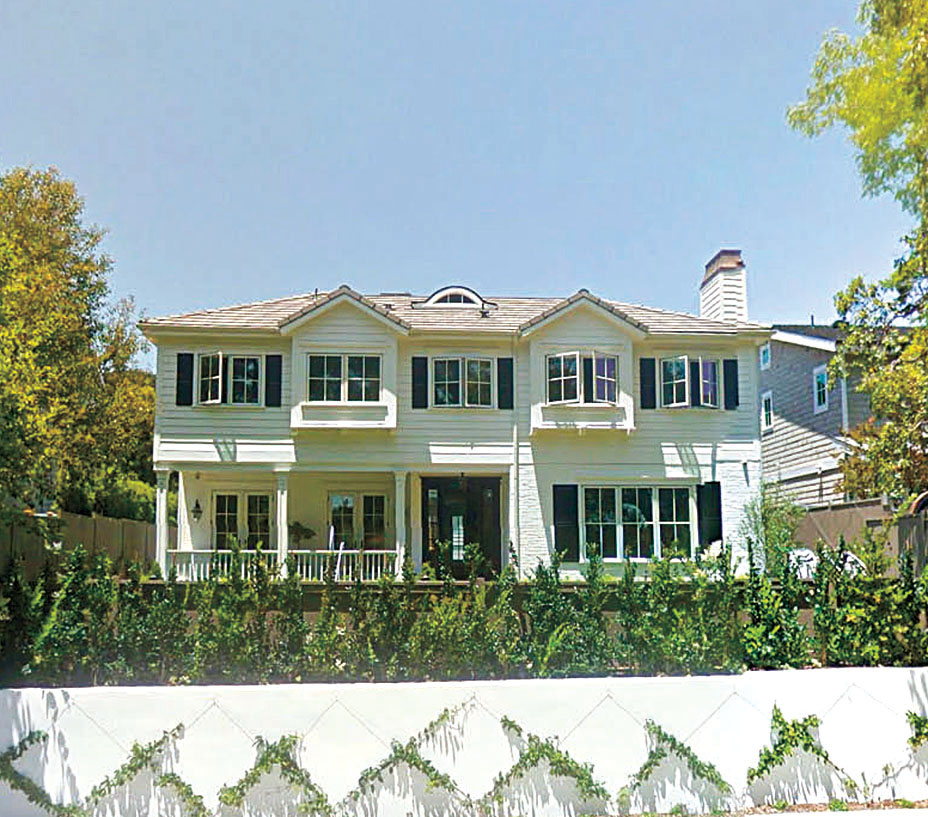 In June, actress Poppy Montgomery handed off her 7,800-square-foot, five-bedroom traditional to a peer: Grimm star Bree Turner and her husband. Montgomgery bought the newly built house, designed by architect Ken Ungar, two years ago for $4.899 million; it features custom woodwork, a wine cellar, an outdoor fireplace and a large, sloping lawn — but no pool.