In their images, Spike Lee was an aspiring director waiting in line for New York Knicks’ season tickets. Rita Moreno was an Oscar, Tony and Emmy winner struggling to find work as a woman over 50. Dr. David D. Ho, an acclaimed AIDS researcher, was a doctor seeing the first cases of a deadly virus that had yet to acquire a name. Dancer and choreographer Bill T. Jones was a “show-off” and the “only black in kid” in his dance class. Former Secretary of State Madeleine Albright was a refugee.

Lee, Moreno, Ho, Jones and Albright were each honored Sunday night at a gala at the Smithsonian National Portrait Gallery in Washington. Organizers said the second biennial event brought in more than $1 million for the museum’s endowment for exhibitions.

The museum, which celebrates its 50th anniversary next year, picked the five luminaries — whose portraits reside in the National Portrait Gallery collection and have an eye on disciplinary and demographic diversity — to be recognized for their accomplishments.

The honorees were selected from among living portrait subjects who have made an impact on the nation’s history and culture and whose images the institution acquired relatively recently. But the portraits themselves are older, photographs taken between 1984 to 2005. They caused their subjects to reflect on their careers since that time.

“If a portrait is good, and there are lot good portraits here, you time-travel with every one of them,” said Jones, whose career includes Tony Awards for Spring Awakening in 2007 and Fela! “It is a photograph into a time, into my time,” he said of his 1985 portrait, which captures him striking a pose with one hand upraised, barefoot and shirtless.

Albright received her award from Robert Redford, who said he’d known her since working with her on environmental issues in the 1970s. “She’s proved herself to be a unique specimen of what an American can be and do, particularly as a woman,” he said.

“One of the many things in life I never thought would happen was to have Robert Redford say he was a friend of mine, because I believe I have been in love with him forever,” Albright revealed. 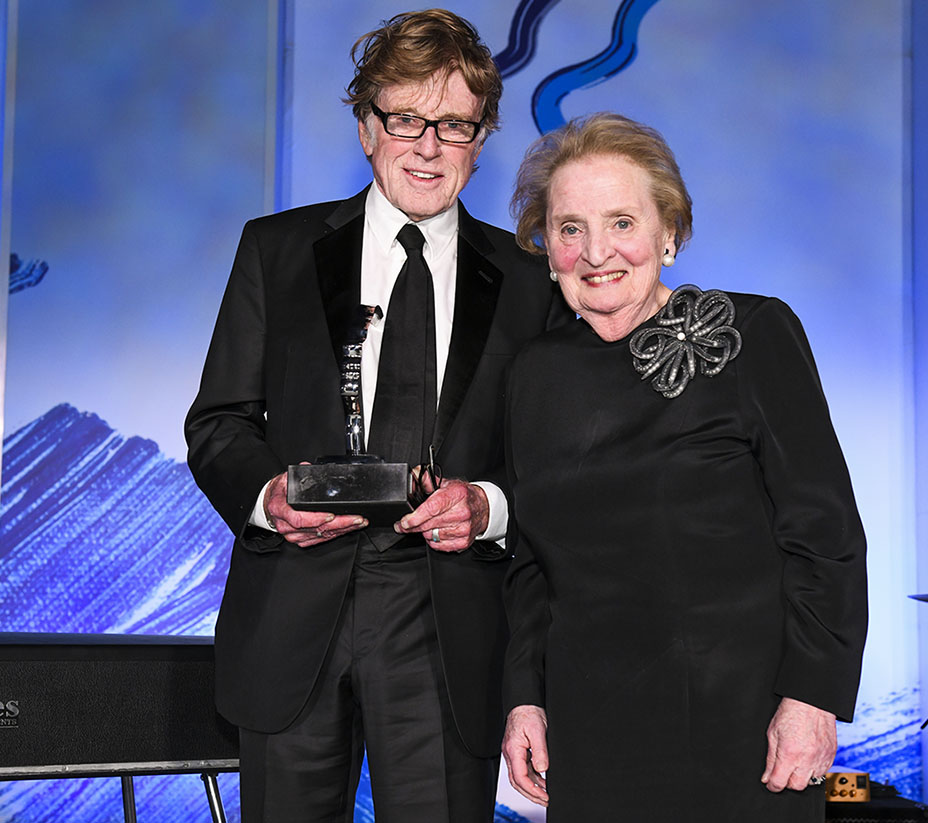 Albright came to the U.S. in 1948, at 11 years old, as a refugee from Czechoslovakia. Most of all she wanted, she said, “to fit in and be a regular American.” As secretary of state, Albright attended naturalization ceremonies for new citizens. She said she once overheard an immigrant say he could not believe the secretary of state showed up to give a certificate to a refugee. “Can you believe a refugee is secretary of state?” Albright responded.

Moreno choked up as she told attendees that her mother, Rosa María Marcono, a seamstress in Puerto Rico, “never heard the word ‘Smithsonian,’” but “would have been so, so proud.” Earlier in the day, the actress attended a Puerto Rican Unity rally in Washington, organized by Lin-Manuel Miranda, demanding disaster aid for the hurricane-ravaged island. Moreno said she accepted the Portrait Gallery honor “on behalf of my people.”

Moreno’s portrait, a 1984 photograph, caught her as she was “thinking that I was gonna quit show business,” she recalled. “I was 53. I’d already won all the major awards and I could not get a job. And I decided that I was not going to let them get me down, so I put together a cabaret act.”

Moreno said her decision paid off: “Look where I am now.” 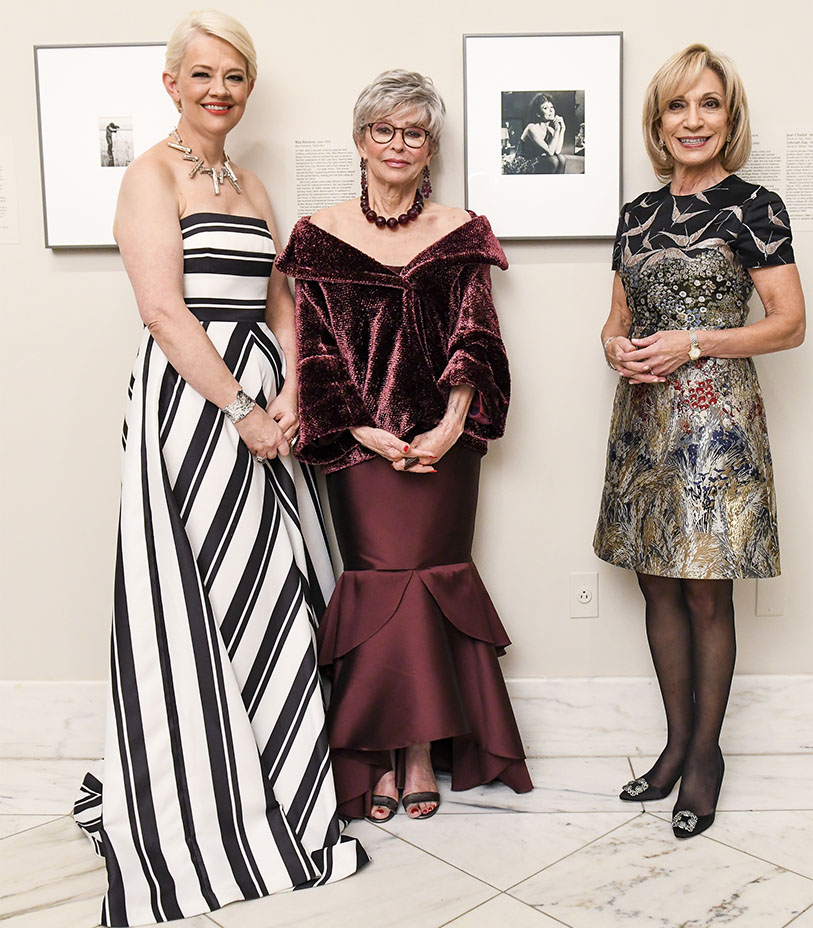 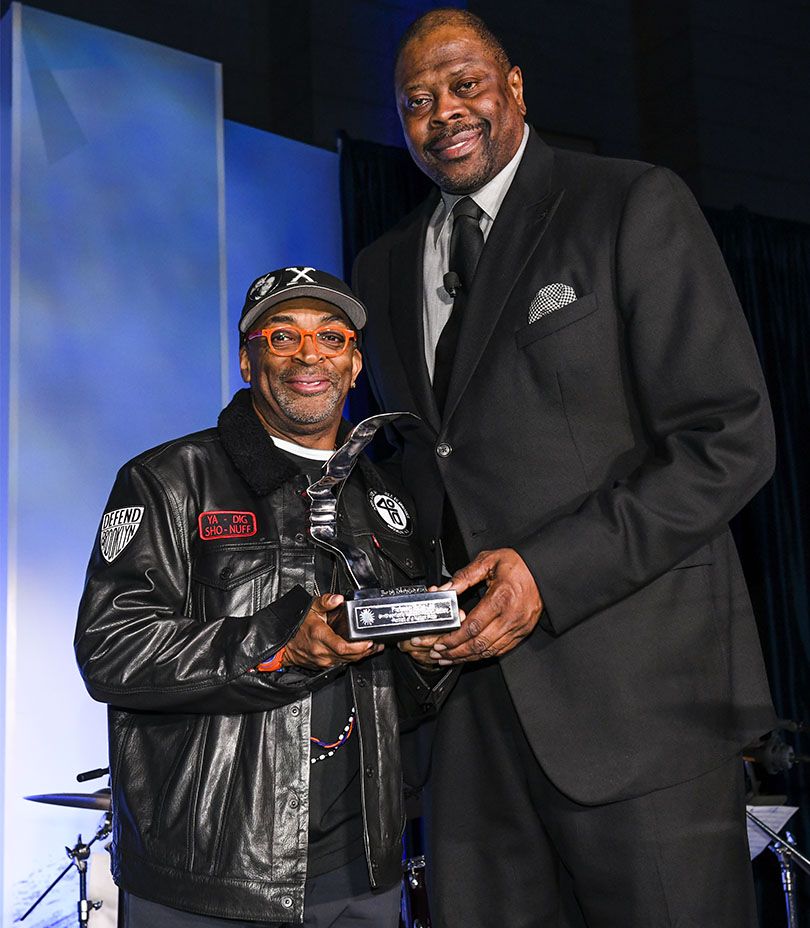