Continue to The Hollywood Reporter SKIP AD
You will be redirected back to your article in seconds
Skip to main content
May 16, 2018 5:28pm

Robert De Niro will be honored at the Carousel of Hope Ball’s 40th anniversary gala on Oct. 6 at the Beverly Hilton in Beverly Hills.

The biennial event, hosted by Barbara Davis, benefits the Barbara Davis Center for Diabetes, created after her daughter, Dana Davis, was diagnosed at age 7.

De Niro, a “longtime supporter,” will receive the Brass Ring Award for his philanthropy. Past recipients for the honor, which symbolizes finding the cure for childhood diabetes, include Hillary Clinton, Frank Sinatra, Stevie Wonder, Whitney Houston and Halle Berry.

Reese Witherspoon Recalls Parking Denzel Washington's Porsche While Interning on Movie Set as a Teen: "I Stripped All the Gears"

Davis said that she met De Niro at his Tribeca Film Festival in 2017 when her friend Clive Davis’ documentary was screened. “I met him, and I thought he was wonderful,” she says. De Niro is also connected to Barbara Davis through her son, a producer of Joy (2015), in which the actor starred alongside Jennifer Lawrence.

In March, De Niro also showed his support for the Fulfillment Fund, which helps underrepresented children attend college, by speaking at a benefit dinner.

The Carousel of Hope Ball began in Denver in 1978, hosted by Davis and her late husband Marvin Davis, the former owner of 20th Century Fox. Over the 32 galas, they’ve welcomed stars like George Clooney, Neil Diamond, Jennifer Hudson, Jane Fonda and Oprah Winfrey, while Beyonce, Sting and Paul McCartney have also performed at the events.

Davis describes her gratitude for the team that helps organize the ball: “We’ve had the same people truly since we’ve started. Jay Leno has been our emcee since day one. And I love him, he’s wonderful.” With help from David Foster, the musical director, and music chairmen Clive Davis and Quincy Jones, “I really make it very twinkly, very exciting” with performers, adds Davis. “And I try very hard not to have a boring moment.”

The black-tie galas have together raised more than $100 million for the Children’s Diabetes Foundation and clinical research at the Barbara Davis Center for Diabetes.

Davis will host a kickoff cocktail party with Bruce Bozzi Jr. for donors Monday at The Palm. 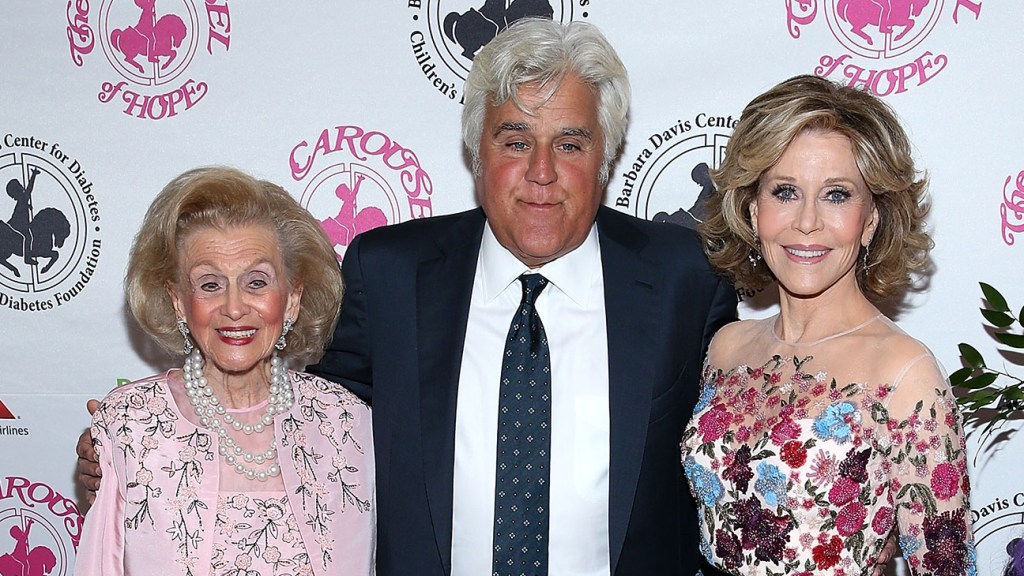