The Fulfillment Fund focused on its founders Tuesday when the education/mentoring organization honored Cherna and Dr. Gary Gitnick at the Dolby Ballroom in Los Angeles’ Hollywood & Highland complex.

“What we’re doing tonight is celebrating 40 years of helping young people in Los Angeles,” said Anne Sweeney, the former head of the Disney-ABC Television Group. “The one thing that can change the trajectory of a person’s life is education and the Gitnicks created an organization that can launch students into college. The Fund is really about propelling people into their dreams.”

The evening began with a reception where Dr. Gitnick said if he had a dream of his own it would be “to have more funds and more Fulfillment Funds operating in communities all over the world. I think our digital learning program is especially well-suited to helping people from everywhere from the inner city to rural areas.”

The dinner kicked off with remarks from co-hosts Sherri Saum and Teri Polo of Freeform TV, who focused on the 20,000 students who have passed through the Fund’s mentoring program. Throughout the evening, multiple speakers mentioned the Fund’s impressive success numbers: that 97 percent of students in the program plan to attend college, as opposed to 60 percent nationwide; that 83 percent of participating students come from families where their parents didn’t attend college; and that 75 percent of Fund students who enter college leave with a degree. 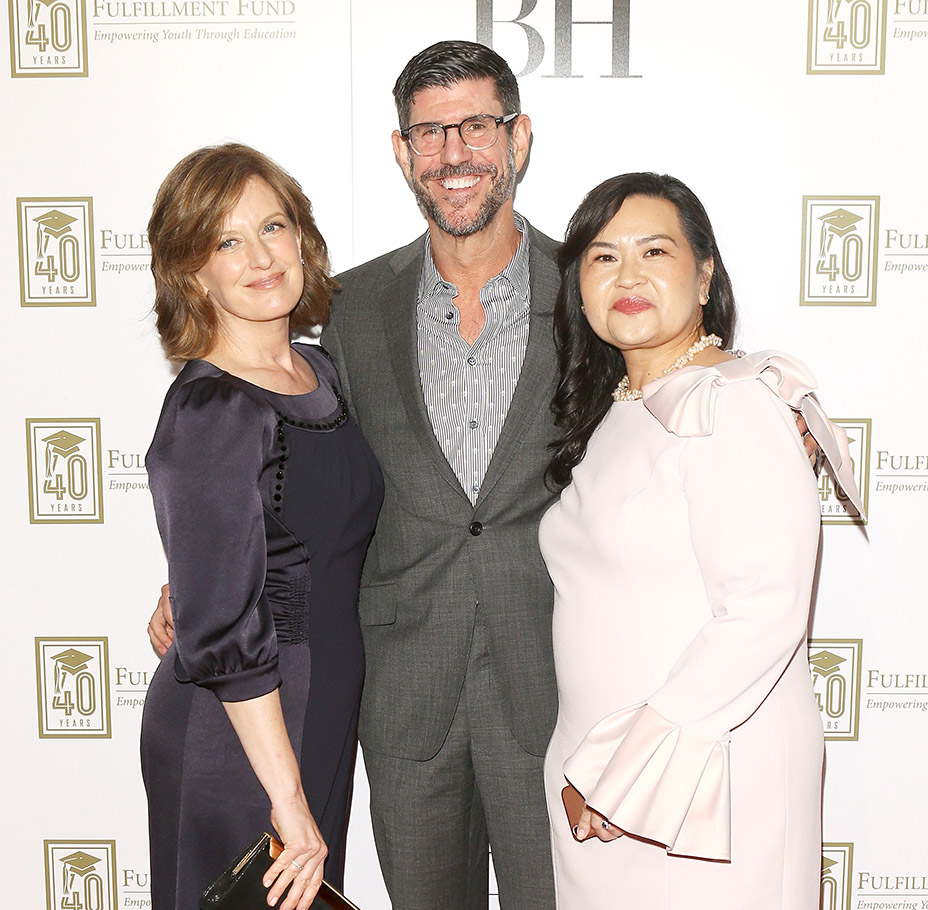 Following remarks by Sweeney and Dr. Eric Esrailian, composer Charles Fox both sang and discussed the making of his hit “Killing Me Softly With His Song” and then introduced Rita Wilson, who did an exceptionally strong two-song set, followed by Stephen Bishop, who soloed on his hit “On and On.”

Other speakers included Fund CEO Maria Booth, Fox 11 News anchor Christine Devine and Fund alumni, but they were eclipsed by Bradley Cooper, who introduced main speaker Robert De Niro. He began by praising the Gitnicks’ accomplishments, including staying married for 53 years, and noted that the doctor had been his personal physician for 20 years before launching into a fiery attack on President Donald Trump that woke up the crowd.

“A college education is important, but education without humanity is ignorance,” said De Niro. “Look at our president. He made it through the University of Pennsylvania, so he was exposed to a quality education, but he’s still an idiot. And he lacks any sense of humanity or compassion.”

The evening ended with remarks from Cherna and Dr. Gitnick, who noted that it was guest Sidney Poitier “who opened Hollywood to us” and reiterated that it is “through education that people can lift themselves out of poverty.”

In total, the event raised around $1.3 million.