The SAG-AFTRA L.A. and N.Y. offices have been deemed safe by police officers following another phone threat and evacuation, the second in three days.

“We received a telephone threat targeting our Los Angeles and New York national offices,” a SAG-AFTRA spokesperson said on Tuesday. “We notified law enforcement and evacuated the buildings. The police department investigated and has determined that the threat is not sufficiently credible and we returned to our offices.”

A call came in to the Los Angeles Police Department around 10:30 a.m. on Thursday regarding a phone threat, which has not yet been deemed credible. No bomb squad was called, but as of 10:40 a.m., three LAPD squad cars were at the scene. By 11 a.m., a helicopter was hovering above the building. An employee later came out with a megaphone, shouting, “May I have your attention please? The building is under temporary evacuation.”

By 11:21 a.m., employees were informed via email that it was safe to return to work.

The NYPD arrived at the New York office to search out of an “abundance of precaution” following the threat, a police officer on duty said.

On Wilshire Blvd. in L.A. during the evacuation, employees were waiting outside the building and across the street for an all-clear; some were taking meetings in neighboring office buildings and coffee shops. That morning they received an email stating that the union had received another threat made against one of its offices and that they should take their belongings and evacuate calmly. An anonymous source said that the evacuation was “more organized” than the first on Tuesday.

The Warner Bros. lot, which the Burbank police also searched on Tuesday following a report of a phone threat, did not receive a call on Thursday. 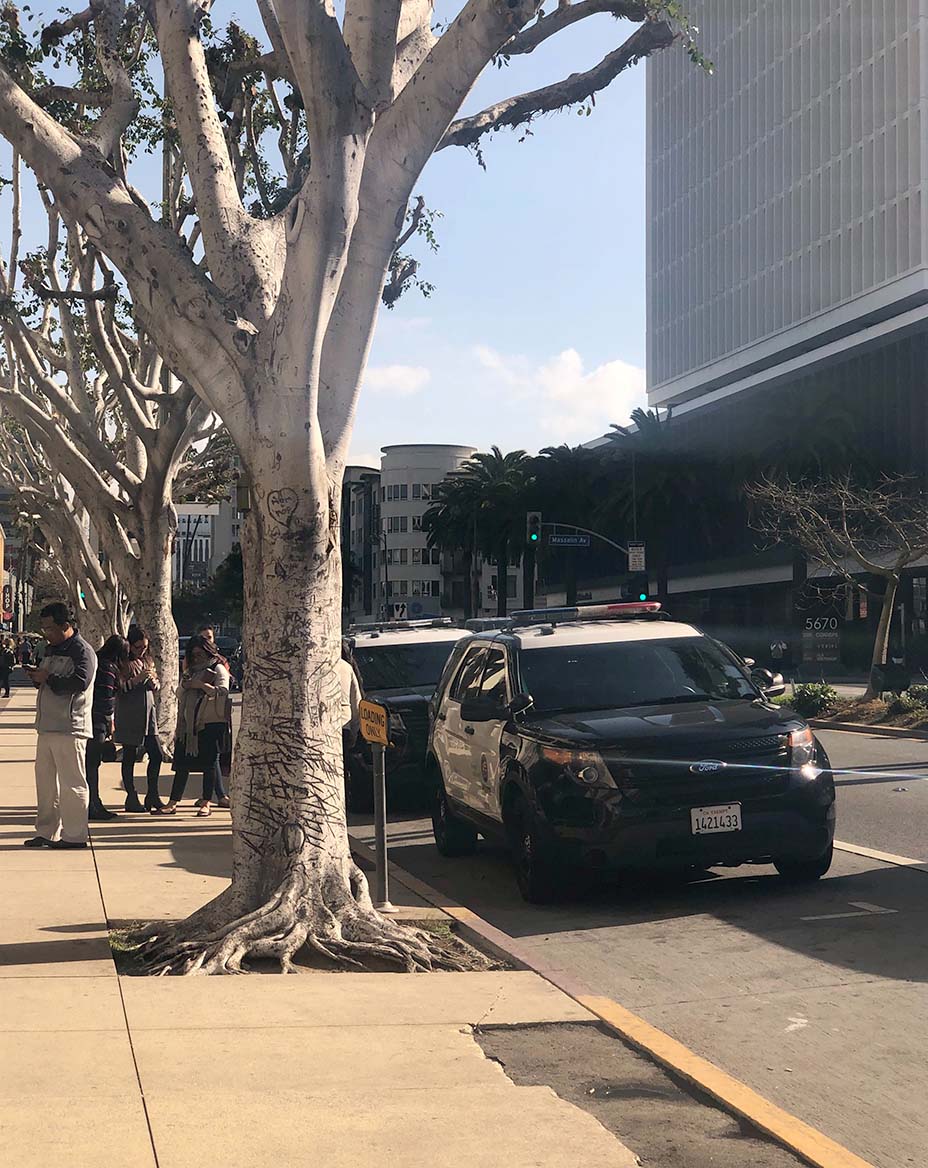