When Josh Loeb opened Mexican restaurant Tallula’s last year at the base of Santa Monica Canyon, the restaurateur already was familiar with the space — as a kid growing up in Rustic Canyon, he ordered takeout from the previous establishment, Marix Tex Mex Cafe, hundreds of times. So when he and his pastry chef wife, Zoe Nathan, took over, they barely touched a thing.

“The idea was never to do a total redesign but just to revitalize it with really great ingredients. It was very much a nostalgic thing for me to do,” says Loeb, 43, whose light touch seems to be baked in the local DNA of one of L.A.’s most desirable ZIP codes.

Along the 2-mile stretch that runs from Pacific Coast Highway to San Vicente, noticeable changes are underway in the historically sleepy and bohemian canyon, which boasts a rich and layered history. In addition to Tallula’s, the Golden Bull, the stalwart chophouse with its iconic bright red sign on Channel Road, is under new ownership, and a new supper club with rumored star backing is in the works. Dozens of new residential construction starts dot the winding and narrow streets that fan out across the hillsides. 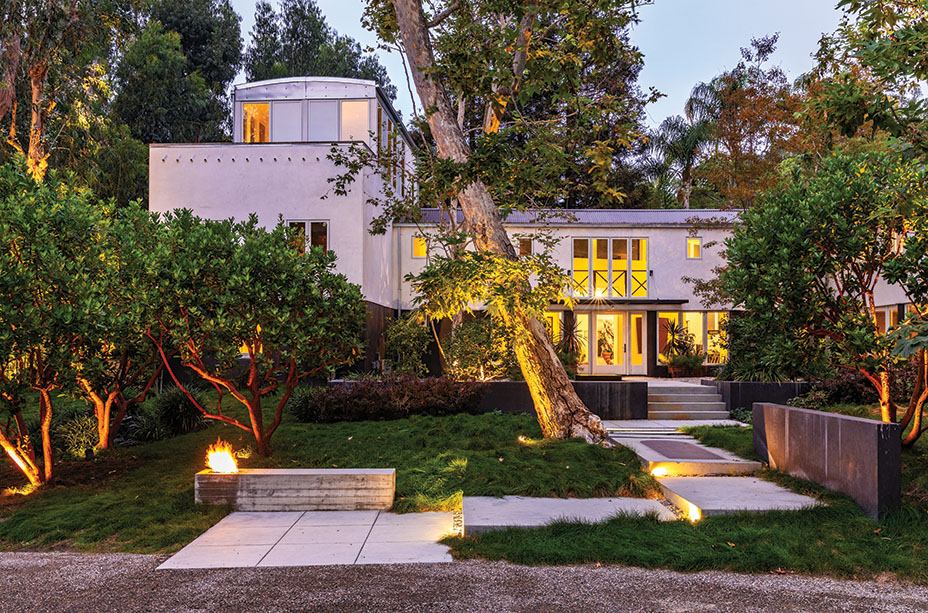 But please, say longtime residents, don’t call it a “resurgence.”

“People who live in the canyon pride themselves on its history. No one wants to change it,” says The Agency’s Cindy Ambuehl, who has sold dozens of homes in the area and has been a resident of the canyon for 12 years. “People value what the canyon offers and want to maintain and restore it but not change it.” It’s a familiar impulse — seeking timelessness — and not uncommon to many historic L.A. enclaves. But in Santa Monica and neighboring Rustic Canyon, the low-key, art-colony spirit remains strongly on display despite soaring real estate prices.

The area has a mix of modern, rustic and Spanish Colonial Revival homes, many of which were designed by some of Los Angeles’ most renowned architects — including Ray Kappe and Case Study architect Thornton Abell. Ambuehl holds the $18.5 million listing for 600 East Rustic Road, known as the Whitney Residence. The property contains several structures, including the 7,200-square-foot main house, designed by Frank Gehry in 1978 and built in 1981. Homes range from about $2.5 million for a smaller cottage or bungalow and can exceed $20 million at the highest end. The median sales price for homes in the canyon in September was $3.6 million, up sharply from $2.4 million in September 2017.

It was in the 1940s that the area first attracted the entertainment industry, specifically a group of European emigres that included Bertolt Brecht, Thomas Mann and Greta Garbo, who were drawn into the orbit of film director Berthold Viertel and his screenwriter wife, Salka. The couple’s home became a West Coast version of New York City’s famed intellectual roundtable known as the Algonquin Club. 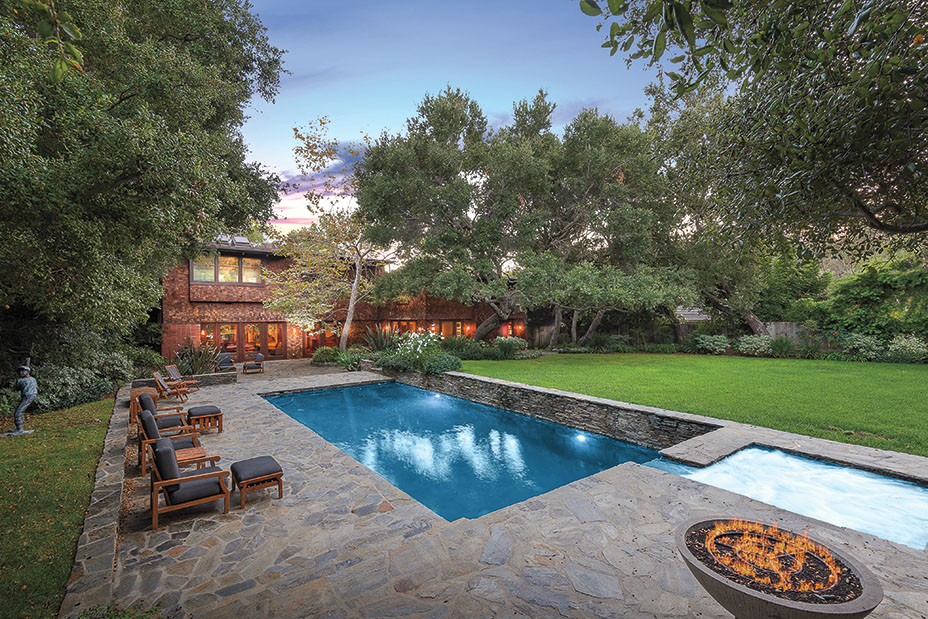 One regular attendee at those soirees was British writer Christopher Isherwood, whose ghost looms large over the canyon. It was Isherwood’s onetime home on East Rustic Road — currently listed for $1.9 million — that would serve as the setting for his 1964 novel, A Single Man, which was adapted into Tom Ford’s award-winning 2009 film. Isherwood also penned several dispatches about Santa Monica Canyon — notably a 1952 article titled “California Story” for Harper’s Bazaar — that would cement the area’s artistic bona fides and establish it as a hotbed of gay activism and activity, much of which centered on the nautically themed S.S. Friendship bar. S.S. Friendship shuttered in 2005, but the jutting bow of a vessel that marked its entrance is now the portal to Shorebar, which opened in 2012 and draws a younger, flashier crowd. State Beach just across PCH remains a popular spot for gay beachgoers. 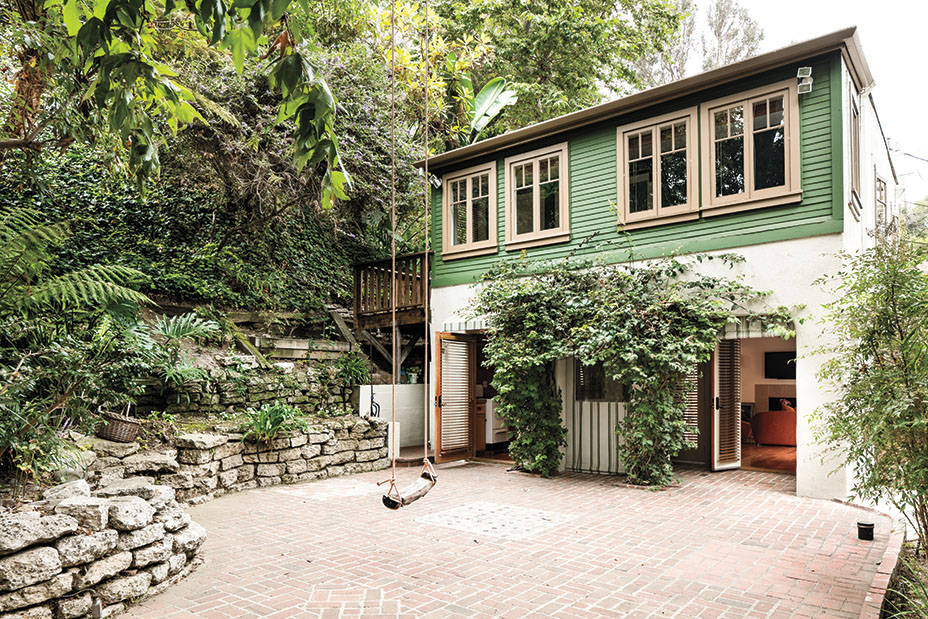 Hollywood, meanwhile, has never lost its fascination with Santa Monica Canyon, and it’s not uncommon to see such industry residents as Don Cheadle, Ted Danson and Vice Media’s Shane Smith participating in local events like the Fourth of July softball game.

“It hasn’t changed much in spirit,” says Loeb, who still lives in the area with his wife and two kids and oversees a growing stable of top-tier restaurants on the Westside that include Huckleberry, Cassia and Rustic Canyon. “Generationally it’s gotten more industry-heavy than it was back when I was growing up, but the families that live here are all cool. It’s consciously understated — a less flashy place, which is a good thing.” 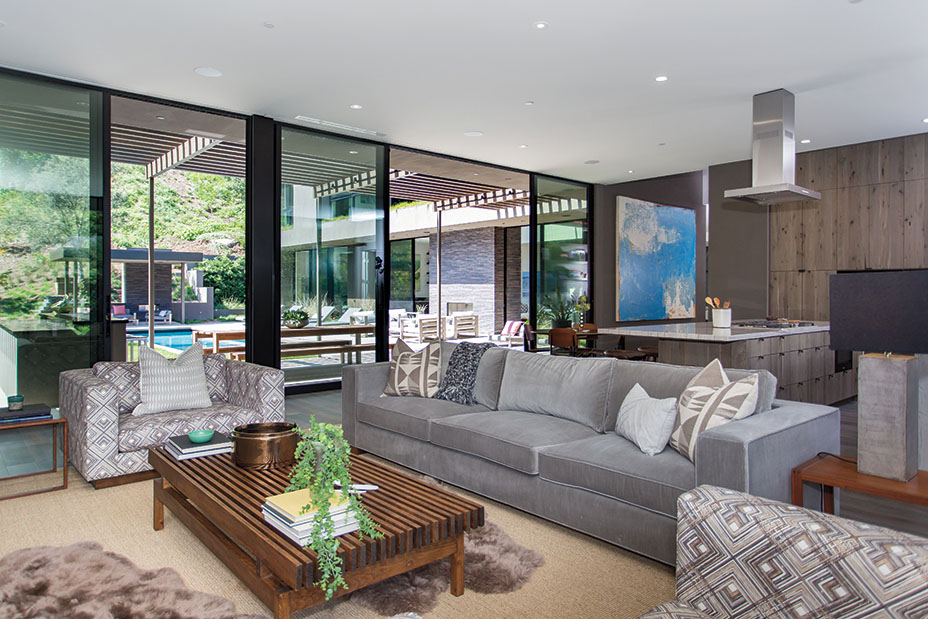 Part of what keeps large-scale development like Rick Caruso’s nearby Palisades Village from happening down in Santa Monica Canyon is the proximity to the ocean, which complicates necessary permitting. Also, PCH and its ceaseless traffic add another layer of logistical headaches for any would-be developer.

That hasn’t stopped the H.wood Group, the nightlife and restaurant impresarios behind Shorebar, from taking over the former Sam’s on the Beach next door. Reports describe the project, Mason, as a high-end restaurant with a fully licensed bar that will operate as a semiprivate supper club. Several real estate sources and canyon residents report rumors that Jay-Z and Beyonce are quietly involved, but an H.wood spokesperson says they are not investors. A high-end supper club frequented by hip-hop royalty. What would Isherwood say? 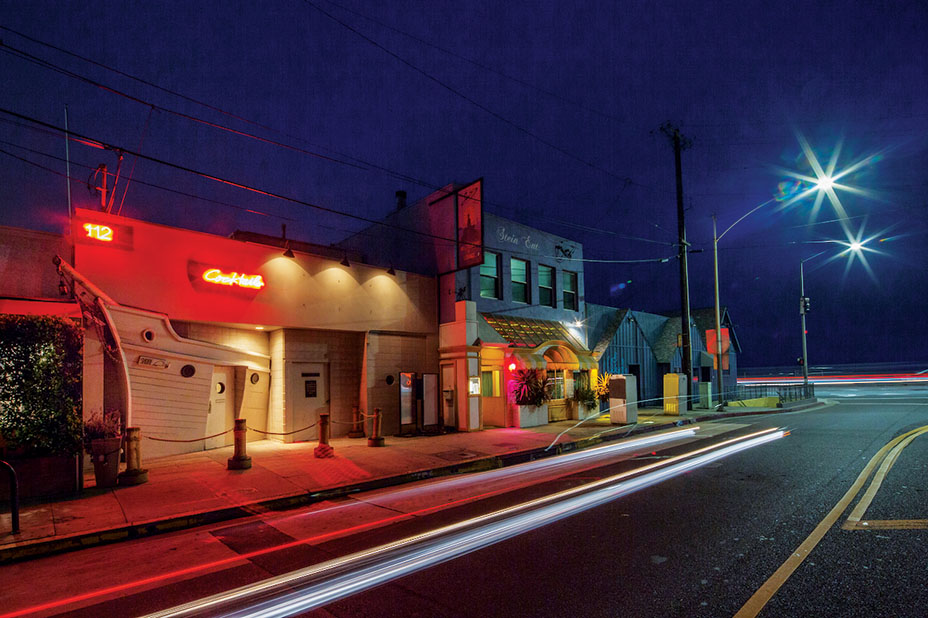 GOOD IN MY HOOD: Melissa Rivers

“For those days when you feel really bad about yourself but not so bad that you Google yourself, go watch the people running the Santa Monica stairs. It will create just enough selfloathing that you won’t eat dessert.”

“I love both Giorgio Baldi and Caffe Delfini. You’ll never get a bad meal at either, but if you’re from out of town, go to Delfini and get a window table so you can look at all the celebrities who are going to Giorgio’s!”

“Since I moved to the area 20 years ago, we’ve had every major family event at this Chinese place. If you want your iced tea in a big glass with ice, ask for it ‘Peter style,’ named after hilarious radio personality Peter Tilden.”