Ask Second Home Hollywood co-founders Rohan Silva and Sam Aldenton what the mission of their new co-working campus in Hollywood is and they explain it using the other. Is it like Soho House? (“We have no dress code and we’re open to the public.”) San Vicente Bungalows? (“Our members don’t have to put a sticker on their phone.”) And they’re no fans of omnivorous behemoths like WeWork, now bowing its new L.A. space.

So when Second Home’s third campus — and first in the U.S. — opens late this summer in East Hollywood, how will it fit into Los Angeles’ blooming collaborative workspace and private-club ecosystem? Creatively.

“We’re interested in incredible design and color but also curating a community. But what’s different is that we’re all about diversity because diversity makes creativity stronger,” says Silva, 38, a onetime adviser to former U.K. Prime Minister David Cameron. “We’re not curating for cool or for good looks. So if you’re a filmmaker, you might be working next to a refugee charity. Or if you’re a tech company, you might be working next to a global corporation. That’s the breadth of what we’re going for.”

Think of Second Home as a mashup of all the office-space disrupters that have emerged in the past decade — but with a lot more greenery and no velvet ropes. It’s part incubator, part co-working space and part social hub where members will be able to record a podcast or hold an “all-hands” meeting right after a morning meditation or yoga class. 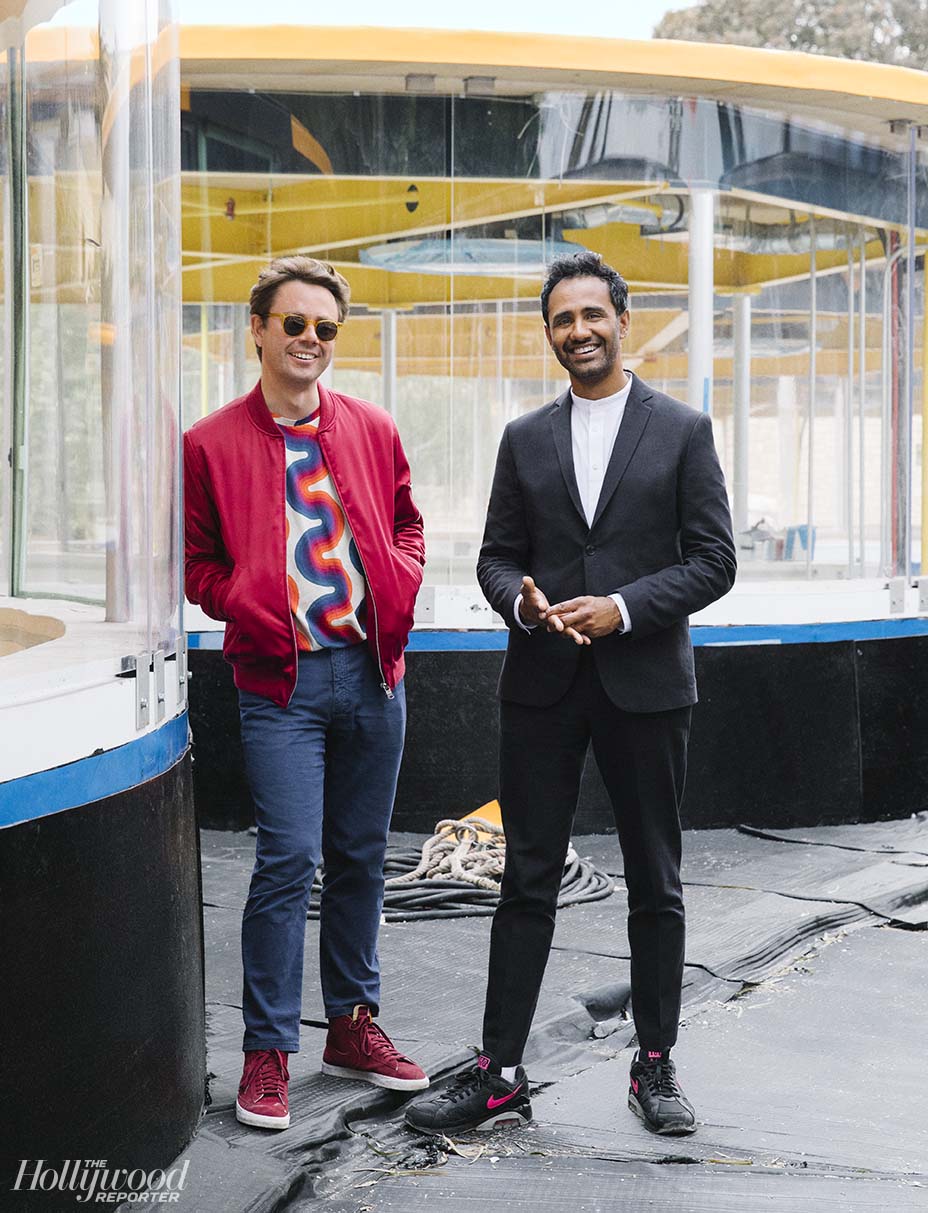 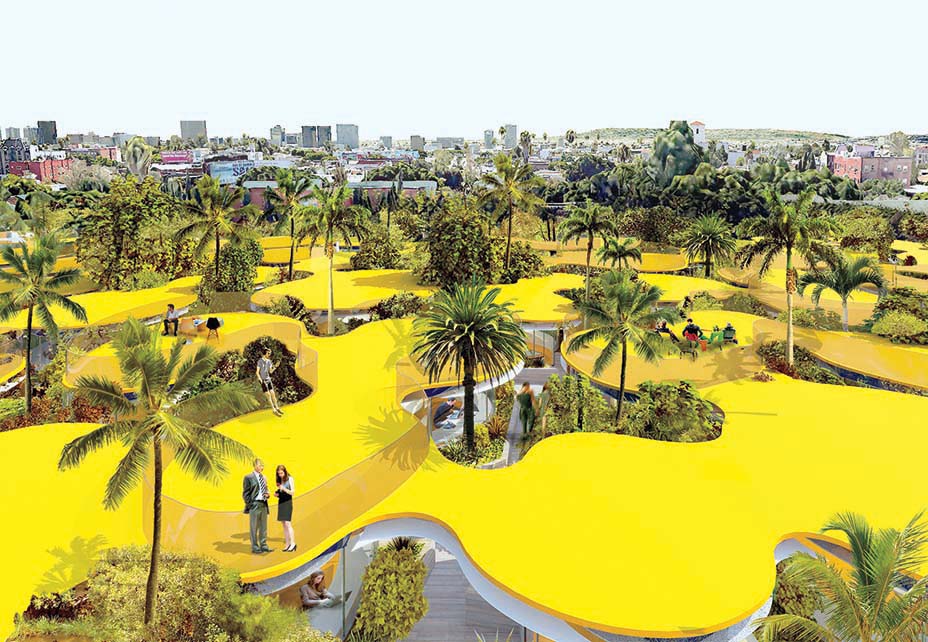 On a recent hard-hat tour of the 2-acre grounds, Silva and Aldenton bang on about creativity and at times sound like they may have read one too many Malcolm Gladwell books. Discussing the ideal conditions for breakthrough ideas, they ping from Isaac Newton to Charles Darwin to Dave Eggers and ultimately land on the role of nature and how 99 percent of evolution occurred outdoors (thus the addition of 6,500 trees and plants on their site).

“Diversity isn’t just a box to tick,” says Aldenton, 35, a serial entrepreneur who has worked in the nonprofit space. “It’s where the breakthroughs come; when different worlds come together.”

The business model is simple. Companies and individuals pay monthly fees starting at $250 that provide access to the collaborative workspaces. Companies can pay more per employee — $675 a person and up — for access to upgraded private studio space they select (the campus can accommodate up to 1,500 people).

Second Home also will offer free use of the space to some nonprofits. The mix of members is based on a 20/80 policy: 20 percent are mostly blue-chip firms; 80 percent are a mix of people and startups that reflect the spirt of the city. Three “community concierges” will promote member interaction. Production company All3Media America has committed to a satellite office. Stephen Lambert, the prolific unscripted producer (Undercover Boss) whose Studio Lambert is owned by All3Media, calls Second Home London a hit. “People loved the serendipitous meetings with people from other businesses and the culture of work, think and play,” he says. 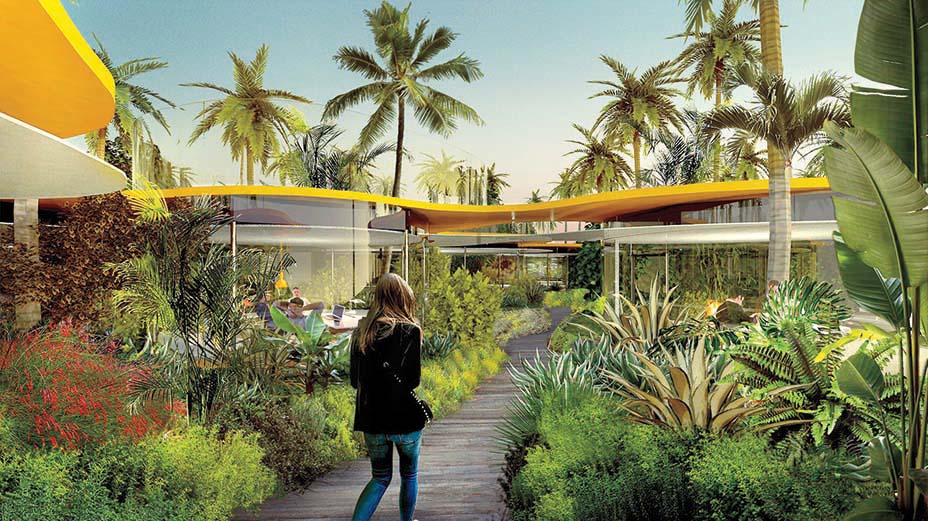 Like Second Home sites in London (which opened in 2014) and Lisbon (2016), the Hollywood campus was designed by Madrid-based SelgasCano, known for integrating nature and employing a mix of materials — acrylics, fabric membrane, laminated timber and colored tubing — for a playful, retro-digital aesthetic.

Starting in 2018, SelgasCano set about restoring a two-story structure by Paul Williams, creating a corner bookstore, 37 workspaces, a recording studio, a restaurant by Croft Alley’s Phuong Tran and an auditorium large enough for 200. In the surrounding gardens are another 60 studios covered by rounded and walkable roof decks.

As part of Second Home’s launch, the company is partnering with the Natural History Museum of L.A. County to bring London’s Serpentine Pavilion, also designed by SelgasCano, to the La Brea Tar Pits. The installation will be open to the public starting June 28, hosting events focused on art, design, science and nature through summer.

When Silva and Aldenton were scouting U.S. cities, one investor pushed the idea of San Francisco. But the local economy was too tech-focused. “L.A. is one of the most fertile domains in the world,” says Silva. “This is a city having very honest conversations about diversity and gentrification. We want to contribute to those conversations.” 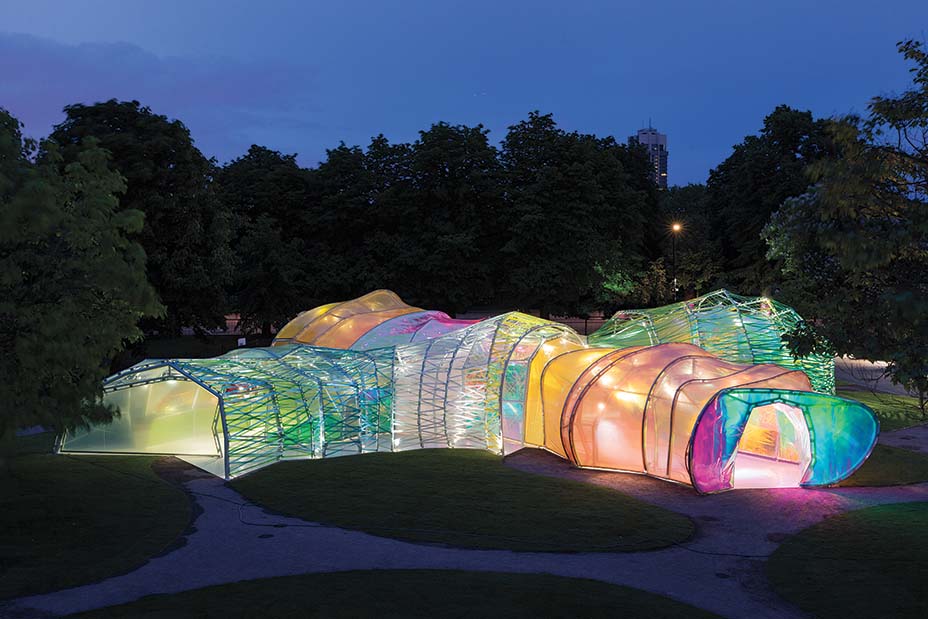