The text message flashed across the screen on Dec. 28: “Happy new year. This is my new number. How are you? I have been in treatment. Finally got back Wednesday. Big hug, Silvio.” It was from Silvio Horta, the creator of the Emmy-nominated Ugly Betty, who’d just completed experimental therapy to address the severe depression that had crept over his life. Horta spent the last few days of 2019 reaching out to the people he trusted most — his WME agent, Paul Haas; his former assistant, Brian Tanen; and, in this case, Eduardo Roman, a Cuban-born hairdresser and close friend.

Roman had not heard from Horta since the fall, when Horta sold his multimillion-dollar home above the Sunset Strip and moved in with his mother, Ana, a Cuban emigre living in Miami. After years of despairing conversations, Horta’s text message sounded promising. But 10 days later, the writer checked himself in to a Holiday Inn Express in a nondescript stretch of South Miami and took his own life with a gun. He was 45.

“He was so full of excitement and dreams,” recalls Roman, who let Horta crash on his couch when he first arrived in L.A. back in 1995, having connected through a mutual friend from Miami. “Super young, super innocent, super sweet.” Boyishly handsome with deep-set eyes and an inviting grin, Horta graduated from NYU film school and was spraying perfume at a Manhattan department store when he decided to take a chance on Hollywood. He had written one spec screenplay — a “dark comedy set at the Gap,” was how he described it — and it was good enough to land him a few meetings. Not long after, he sold a pitch for a horror comedy called Urban Legend. “It was one of those things that never happens,” he told LAist in 2004. “They greenlit the movie almost immediately, shot it and I was at the premiere less than two years after moving here.” The 1998 film, which starred a young Jared Leto and Joshua Jackson, grossed $75 million worldwide on a $14 million budget.

“He came busting onto the scene like a bright, shining star,” says Haas, who repped Horta for his entire career. “The first five scripts he wrote as TV pilots went straight to series.” By 27, he was a showrunner on The Chronicle, a SciFi series about a supermarket tabloid whose stories about UFOs and bat boys turned out to be true. “There was something so amiable and fun about the way that he wrote,” says Javier Grillo-Marxuach, a writer on the show. Chronicle was followed by Jake 2.0, revolving around an IT guy who gets infected with nanobots and develops superpowers. It ran one season on the now-defunct UPN. It wasn’t until 2006, when ABC greenlit Ugly Betty, a campy feel-good dramedy inspired by a Colombian telenovela, that his career really took off. The show struck a chord right from its first episode, which drew 16 million viewers. “It was way ahead of its time in terms of representation,” notes Tanen. Among other storylines, “it showed a young, gay kid living his life even before he knew he was gay, it had a Latinx family at the heart of the show, and it featured a trans character, Alexis, in the premiere.” It also launched America Ferrera, who won Golden Globe and Emmy awards in 2007 for her work on the series. And it turned Horta, then 33, into a writer-producer TV star. 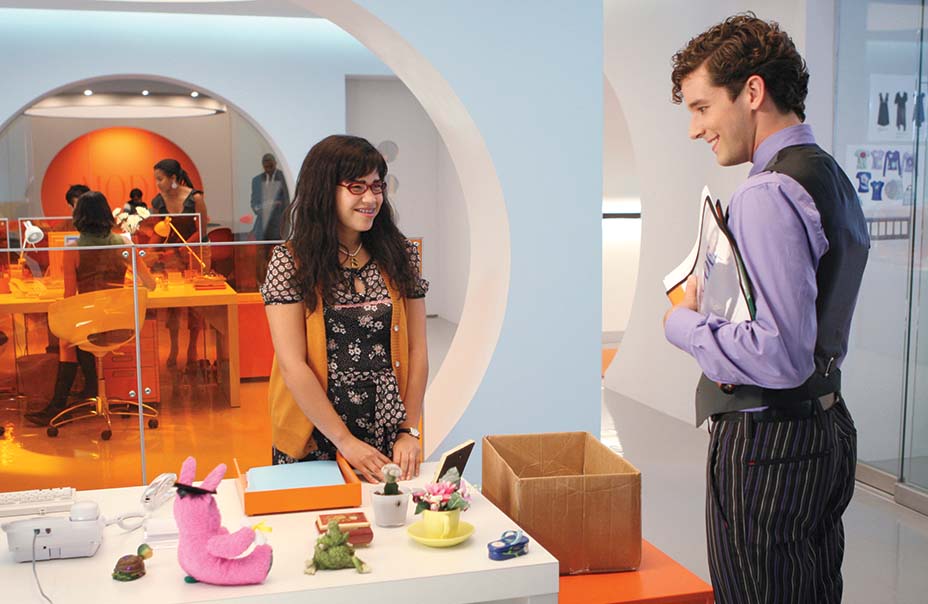 “He loved the spotlight,” says a close collaborator. “He loved the attention that the show got him, and he loved the awards and the ceremonies.” One of Horta’s first splurges was a home for his mother in Miami. Then he bought one for himself — a four-bedroom 1920s Spanish Colonial above the Sunset Strip that he paid $2.4 million for in 2007. There he hosted weekend parties attended by beautiful men looking to rub shoulders with Hollywood power players.

“He had it all,” says Roman. “Then things got out of control.”

We may never know who gave Horta his first taste of crystal meth, or when it occurred. According to several people with knowledge of the situation, the drug entered the picture toward the end of Ugly Betty‘s four-season run, after production had relocated to New York and ratings fell. (“We’ve mutually come to the difficult decision to make this Ugly Betty‘s final season,” Horta and then-ABC Entertainment president Steve McPherson said in a joint statement announcing its cancellation in 2010.)

What is known is that what started as a recreational dalliance — a drug that turned Horta’s sex drive up to 11 while quieting a nagging insecurity — quickly turned into a devastating addiction. When the high wore off, he was left with crushing hangovers followed by long spells of depression and semi-regular panic attacks, according to Roman. Horta self-medicated by using again — a deadly cycle. He was soon beset by paranoid delusions of being followed or that people were accessing his home when he wasn’t there. Concerned, Roman took him to an addiction group meeting in West Hollywood. “He couldn’t get out of the car,” he recalls. “That’s how bad his anxiety was.”

Horta overcame his fear and attended meetings regularly. He was embraced by a group of sober friends. It seemed like recovery was within reach, but he relapsed repeatedly. His creativity and drive began to suffer — and so did his dependability. Horta expressed deep shame to friends about having let people down, noting in particular the time he missed a high-stakes network meeting in New York, having lost track of time while on a dayslong binge. What was meant to be his big comeback — a tale of magical realism called The Curse of the Fuentes Women — was passed on by NBC in 2015. (“It was a tragedy that it never went to series,” says Grillo-Marxuach. “I was moved to tears by it.”) The stumble sent Horta into another tailspin. “L.A. was bad for him,” says Roman. “I’ve seen this a lot, especially in the gay community. When you are pretty and successful and you can offer a home to party in, they flock to you. But when you are facing hard times, facing the darkness, they walk away.” 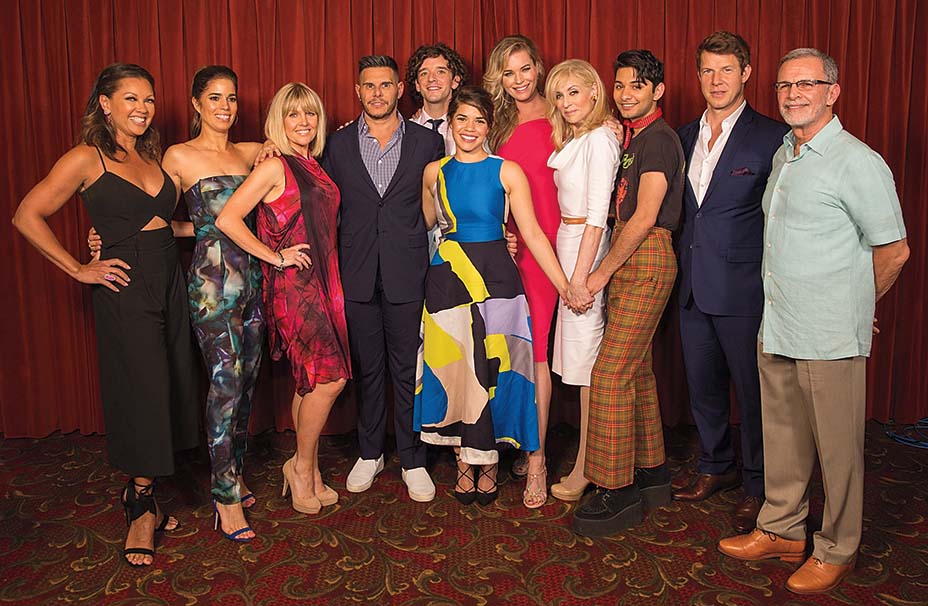 In 2016, Horta quietly put his house up for sale. A trade report about the listing described the Ugly Betty creator as having “only a couple of not particularly impressive showbiz credits since.” Says Roman: “They were pretty much making him look like a loser. That was killing him. It was crushing him that that was out there.”

Horta finally kicked his meth habit three years ago. But the darkness never lifted. Concerned, his mother relocated to L.A. a year ago to be closer to her son. After the house sale several months ago — it went for less than $4 million, which Horta felt was a loss because the house had gone through multiple renovations and the price included all the furniture — they moved back to the modest Miami home he purchased for her with his Ugly Betty earnings. His sister, Hilda, to whom he was very close and who served as the inspiration for the character Hilda Suarez on Ugly Betty, moved in with them. Together, they were going to beat this.

By then, Horta’s professional commitments had dried up. The only paid writing he’d done in recent years was some uncredited work on Starz’s upcoming strip-club drama P-Valley. He’d delivered the last of his scripts to Warner Bros. Television, where he once had a rich development deal, and no new glimmers were on the horizon. Still, those who knew Horta and believed in his talent never gave up hope. Haas suggested Horta pour his suffering into a project about addiction. He encouraged him to write his dream project about the 1980 Mariel boatlift, when Fidel Castro allowed 125,000 Cubans to emigrate to Miami, many mental patients and criminals among them. But nothing came to fruition.

“When you’re successful, there’s an expectation that you’re happy and on top of the world,” says his former assistant Tanen, who credits Horta with giving him his first break and who this year became a showrunner in his own right with ABC’s Grand Hotel. “But what people don’t talk a lot about,” he continues, “is how incredibly difficult and stressful this business can be. I’m so deeply, deeply sad and heartbroken that Silvio felt he needed to end his life.”