Some of the most gorgeous female-forward musical storytelling seen on a New York stage in some time can be experienced in the premiere of The Secret Life of Bees. Which is not surprising, given the pedigree of talent involved. Adapted from novelist Sue Monk Kidd’s 2001 best-seller about sisters, daughters and mothers biological, surrogate and Divine, the show features a book by two-time Pulitzer winner Lynn Nottage, a warm, expansively melodic score by Duncan Sheik, descriptive lyrics by Broadway veteran Susan Birkenhead and sensitive direction by Sam Gold, working on his first original musical since Fun Home.

The Atlantic Theater Company, where Sheik’s Spring Awakening got its off-Broadway start, has put together a superbly cast production. The first-rate ensemble, dominated by women of color and including such mighty talents as LaChanze, Eisa Davis and Saycon Sengbloh, sings the score with transporting spirit.

To say that this richly expressive dramatic piece is a workshop or two away from realizing its full potential should not be misread as a dismissal. There’s a tremendously appealing show full of promise here, far more captivating and subtle than the syrupy 2008 screen adaptation. But while the first act rarely stumbles, Act 2 is less satisfying, as multiple narrative strands come into play, with not all the character arcs reaching the emotional peaks they seem to demand. 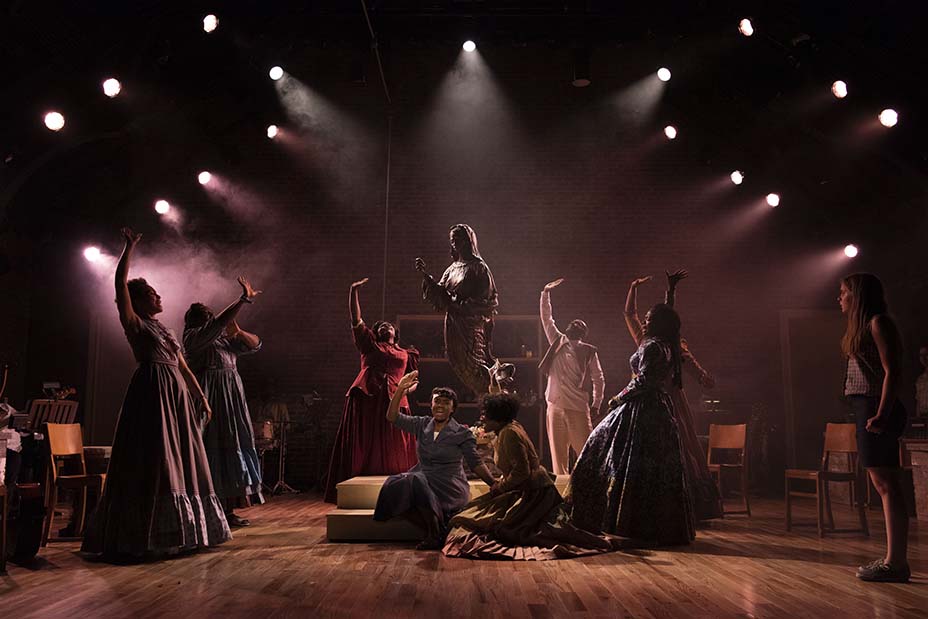 It’s commendable that Gold and Nottage have kept a tight rein on the melodrama in a story that at times threatens to tip over into sentimental cliché, but the creative team needs to fortify the structure and trust the depth of feeling inherent in the material. Kidd’s novel deals with such issues as child abuse, racial violence and depression, and while the production doesn’t hold back on those dark themes or their frank depiction, Nottage’s book could use more fleshing out in the later action.

Gold opens in presentational style, with the ensemble entering and standing in formation as they sing “River of Melting Sun,” an ode to summer skies whose words also evoke honey, the precious gift of nature referred to here as “the ambrosia of the Gods.” Only gradually do the black and white performers separate along racial lines. The story is set in South Carolina in 1964, as President Lyndon B. Johnson has signed the Civil Rights Bill into law, though activists testing their new rights clash against the resistance of white racists reluctant to let go of the old ways.

The central character is 14-year-old Lily Owens (Elizabeth Teeter), who blames herself for the death of her mother, for reasons revealed late in the show. Her bitterly angry father, T-Ray (Manoel Felciano), a peach farmer, seems to share that feeling, showing no affection for the girl. Even the mildest attempt to assert herself against his strict rule earns her the punishment of being forced to kneel for hours in grits, the raw flesh on her knees indicating that this happens often. 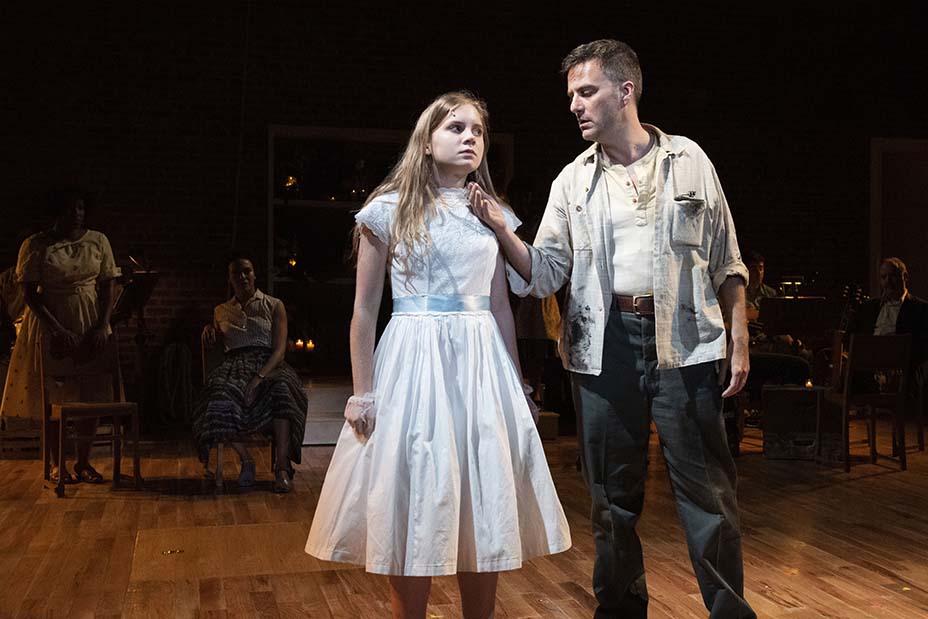 Lily’s only friend is their African-American housekeeper Rosaleen (Sengbloh), who sings with a big voice, full of pride and joyous freedom, of her eagerness to participate in a Fourth of July voters’ rally at a local black church in “Sign My Name,” the musical’s first showstopper. But a run-in with a pair of rednecks leaves her with a head injury and a criminal complaint against her, indicative of the warped justice of the time and place.

Galvanized by T-Ray’s violence and her fears for Rosaleen, Lily breaks her out of hospital and persuades the housekeeper to travel with her to a town called Tiburon, S.C. That destination is printed on a honey jar label depicting a Black Madonna, one of the few clues Lily has about her mother’s whereabouts between the time she left them and her death.

In Tiburon, they are taken in by August Boatwright (LaChanze), an expert county-wide beekeeper who lives with her sisters June (Davis) and May (Anastacia McCleskey). May is the most fragile of the three, irrevocably damaged by the death of her twin sister, April. June is a brittle history teacher, forever disdaining the persistent marriage proposals of kindly school principal Neil (Nathaniel Stampley), and even less inclined to take in another white girl in need of shelter. Her hostility to Lily, and August’s instinctive recognition of the girl, foreshadow revelations to come. 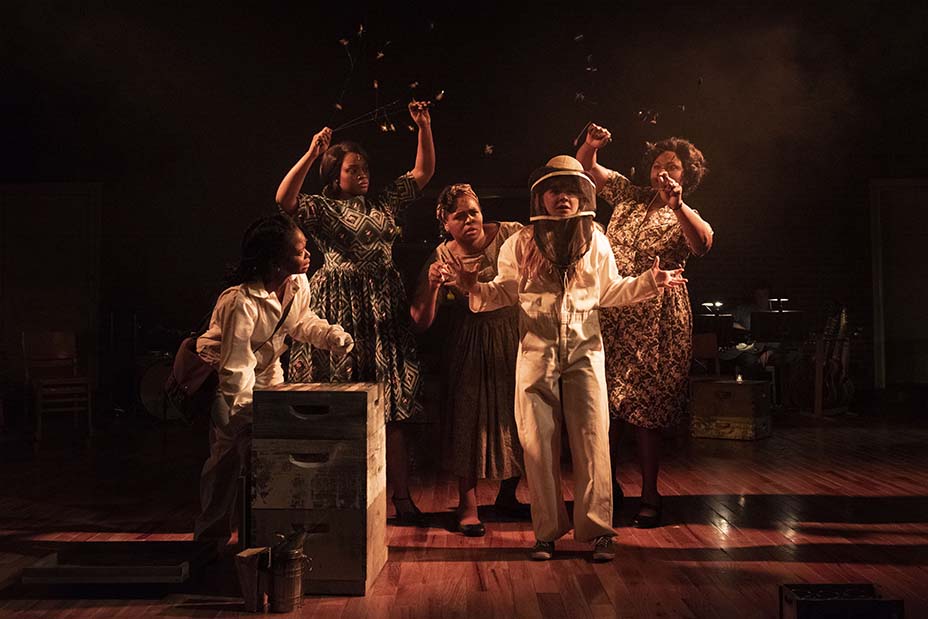 An air of magic and spirituality envelops the story with the appearance of the Boatwright sisters, the heartbeat of a community of black women known as the Daughters of Mary, who gather to pray to the life-size Black Madonna statue in the front parlor — the image on the honey label. That religious ritual is witnessed first in the stirring gospel song “Tek a Hol a My Soul,” and at the close of Act 1 in “Our Lady of Chains,” another powerful ensemble hymn about casting off the shackles of slavery.

There’s mystery also in the natural world around the Boatwrights, evoked by August as she helps Lily overcome her fear of bees and assist with the hive boxes, teaching her that “Every living creature responds to love.” LaChanze’s uplifting delivery of the title song is accompanied by simple, beautiful stagecraft as the cast move around them holding tiny bee puppets dancing on wires.

Nottage coaxes affecting drama from the healing impact on Lily of being in a nurturing environment, and also from the changes in Rosaleen as she adapts to the unfamiliar reality of educated black countrywomen who own their own large house and run a successful business. It’s to the show’s credit, too, that despite Lily’s vulnerability, she is not let off the hook for her white entitlement, which Rosaleen spells out in the fiery corrective of “All About You.” 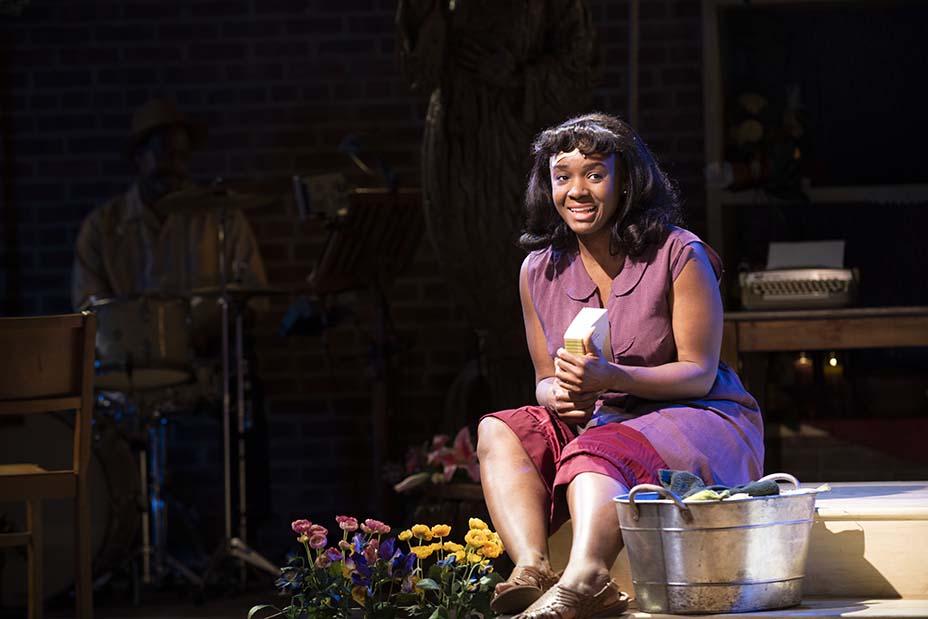 One part of the story that needs work is the friendship that blossoms dangerously into tentative romance between Lily and Zachary (Brett Gray), the black teenager who works in August’s bee house to help pay his way through college. Stage newcomer Gray (from Netflix’s On My Block) is a terrific performer with a strong voice and an instantly likeable manner, but he’s stuck with a clumsily integrated, bouncy up-tempo song about his beloved convertible, “Fifty-Five Fairlane,” which feels tonally out-of-sync with the rest of the score and superfluous to the story.

There’s nothing else quite as jarring as that number, but the second-act songs are uneven, occasionally adopting discordant sounds that don’t quite fit the scene. One example is “Marry Me,” Neil’s earnest final plea to change stubborn June’s mind, incongruously coupled with light cocktail-jazzy orchestration. It’s also a questionable choice to hand so much of the musical’s emotional climax over to secondary characters.

Still, while there are issues with plotlines too abruptly resolved, or others left too long on hold, like the threat of T-Ray, the story remains fully engaging and the characters vividly drawn. There’s so much here that’s evocative and touching that it’s tempting just to overlook the show’s flaws, especially when the performers power up into a roof-raising number like “Hold This House Together,” accompanied only by percussive handclaps and stomps. But the sense of a show that’s on its way to becoming something quite special makes you hope the creative team continues working on it. 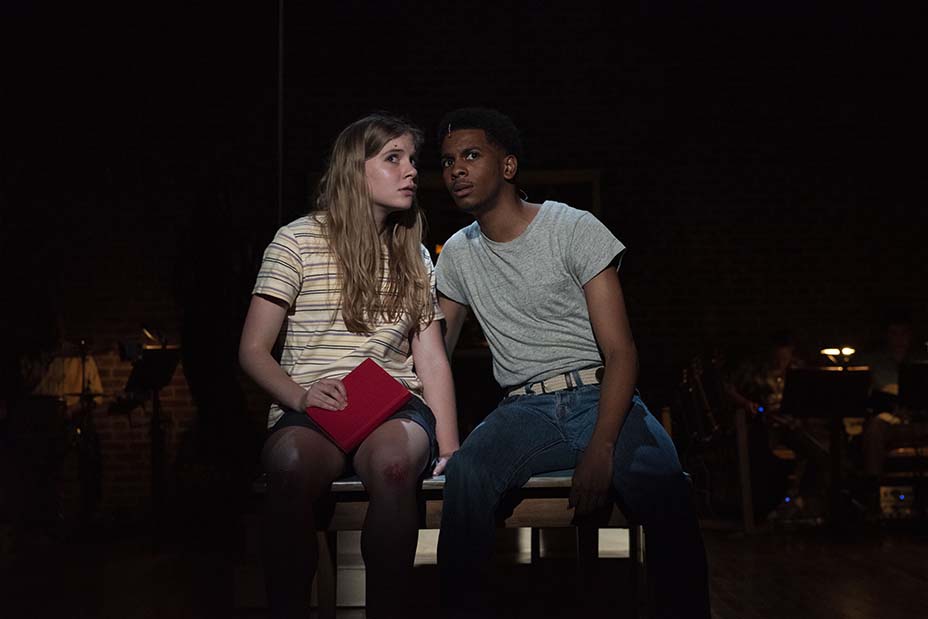 The production already is in lovely shape. With the nine musicians arranged around the playing space, the themes of community and fellowship so present in the story carry through to the way in which it’s staged. Characters occasionally pick up instruments (June on cello, T-Ray on fiddle) to join in on Sheik’s pleasingly varied score, incorporating elements of folk, roots rock, R&B, blues, gospel and traditional African.

Gold is known mainly as a director of plays, but in his Tony-winning work on Fun Home, he showed his skill at locating the emotional pulse in both book scenes and songs. There’s an unfussy directness to his approach here that pays off especially with the anchoring presence of August, given innate fortitude, compassion and an intelligence she’s eager to share in a wonderful performance by LaChanze.

The spare but effective set by Mimi Lien is primarily hive boxes and a few pieces of furniture moved around by the cast on a wooden floor. Jane Cox’s lighting is enhanced by the glow of candles placed around the stage and auditorium, and beehive smokers are cleverly used to thicken the atmosphere. The principal set piece is the carved statue of Our Lady of Chains, which looks like the wooden figurehead of a slave ship. Whatever your beliefs, watching the Daughters cleanse the religious icon as they pray for the safety of a character at risk of serious harm is intensely moving.