The group, which today includes producer Avi Lerner and Trimark (later Lionsgate) early board member Mark Amin, started after film and TV producer Clark Peterson, producer Pierre David and director Richard Brandes took a trip to Napa in the mid-1990s. The tastings are held at rotating members’ homes, as well as restaurants and art galleries. The host picks the theme — from California reds to Latin American wines — and includes notes on the wines, regions and varietals. “Even though we go months between get-togethers, we know each other so well that we pick up right where we left off,” Brandes says of Team Wino, which meets a few times a year. “The events include great food and wine, of course, but also lots of camaraderie, war stories and even a little business.”

Started in 1996 by the late Suzanne Patmore Gibbs (“We are all so heartbroken by the loss of her this year,” says Peterson, a member of two clubs along with his wife, Rukeyser), the group meets for dinners in members’ homes. “We were all in our late 20s to early 30s, and worked our way up in Hollywood together,” Peterson adds of The Wine Group’s early days. “Once founded, the only way into our group was to date or marry your way in.” The group started with one married couple, and “since then, there have been at least eight marriages, a couple of divorces and countless children,” says Peterson. Each meeting is centered on one varietal, and everyone brings a bottle for a blind tasting; the winner with the most popular offering gets their name engraved on a trophy. This crowd of sippers favors funny notes over snooty descriptors, like “grandmother’s attic,” “dirty sweat socks” and “durian fruit.” Screenwriter John Orloff, who came up with the tally system, has kept score until recently. “It started out every couple of months, and with marriages and kids, we have gotten together less often,” says Peterson. “We even vacation together. The group has been more about friends than it’s been about wine.” 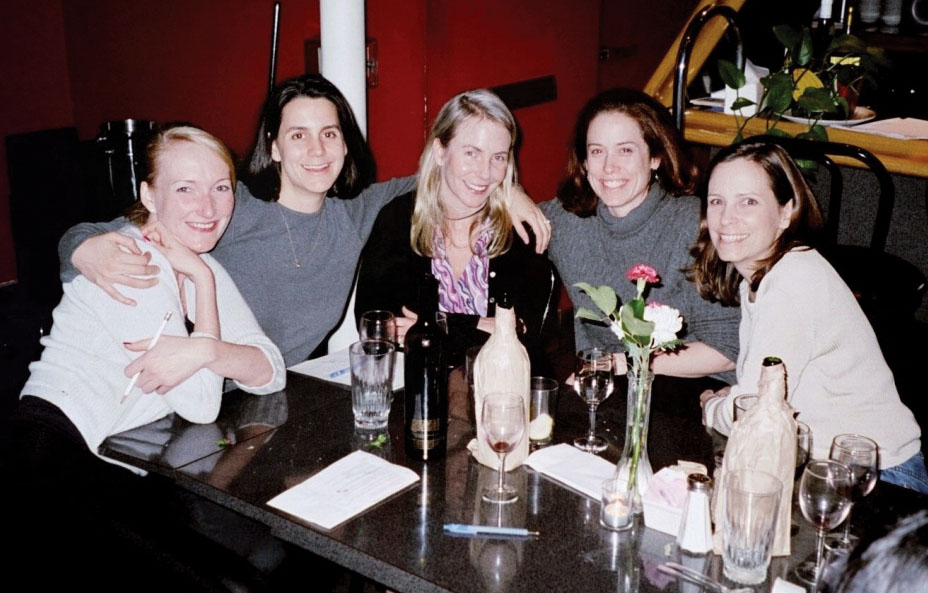 ROYAL ORDER OF THE PURPLE PALATE

Producers Conrad Green and Jefery Levy are among this select (and secretive) group of executives. Formed in the 1960s, the club still meets the first Tuesday of every month, usually at one of the best restaurants in town, among them Melisse, Spago and Nerano. They’re serious collectors who bring top selections from their own cellars, such as a 1958 Mascarello Barolo. The themes can be capricious, such as “9” — with all the wines from vintages that end in 9 (1929, 1949, 1979, etc.). It’s up to the members to identify the blind offerings in each flight. Levy keeps track on his Acme Food & Wine blog. “One time, one of the members identified every single wine in every flight of the entire night,” he says. “It turned out he paid off someone in the kitchen to give him a cheat sheet in the men’s room.”