It turns out that Sidney Poitier — the Oscar-winning actor and cultural symbol synonymous with dignity and rectitude — not only has a great sense of humor, but also a flair for colorful language. “He’s one of the most eloquent curse-word users,” says godson Mike Jordan admiringly on the afternoon Poitier and his extended family — his wife, his ex-wife, 27 of his children, grandchildren, great-grandchildren and godchildren and a few close friends — gathered for his 90th birthday at his favorite Beverly Hills eatery, Spago. Adds grandson Etienne Gouraige, “He knows how to make a room explode.”

Events of the Week: 'Sidney,' 'Amsterdam' and More

Born on a tomato farm in the Bahamas, Poitier ended up in New York by way of Miami and in 1964 became the first black winner of the best actor Oscar (for Lilies of the Field). He supported the dreams of other family members to pursue careers in the arts; after a trip with Poitier to Walt Disney Animation Studios, Gouraige made the decision to study at the Savannah College of Art and Design (along with his sister Gabrielle). Says Joanna, Poitier’s wife of more than 40 years, “He is the most wonderful, generous, kind, honest man with the most integrity that I’ve ever known in my life.” 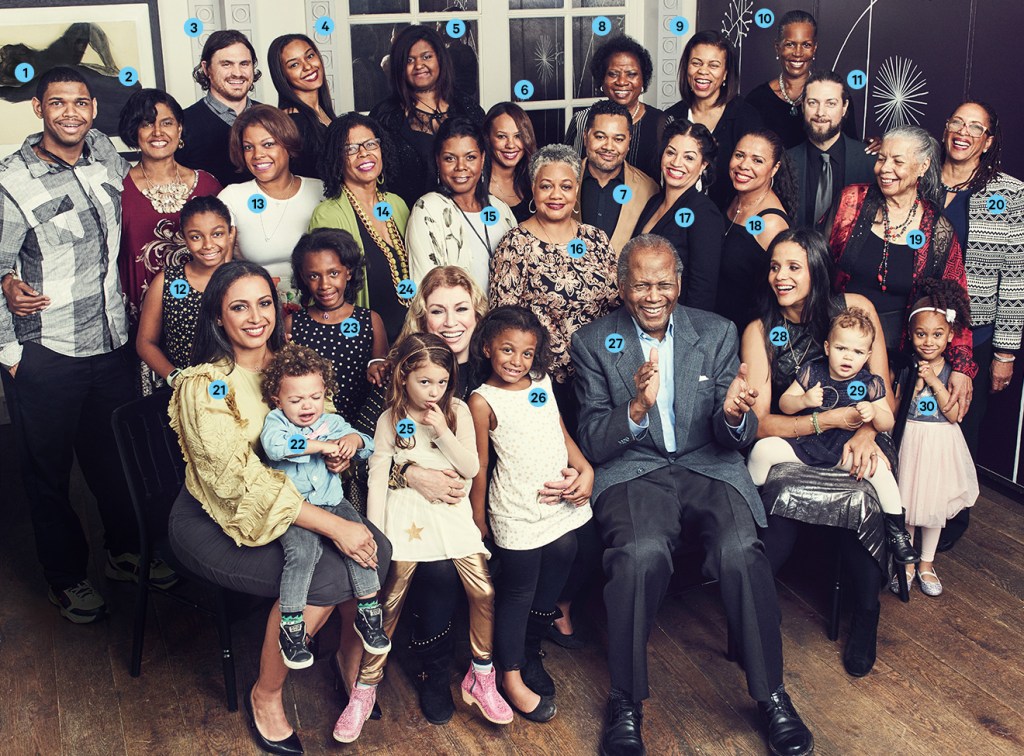