In August, Summer McKeen quietly logged off social media. The 20-year-old lifestyle vlogger had been growing in popularity thanks in part to her starring role in the unscripted Snapchat series Endless Summer, a Laguna Beach for the Gen Z set, and she’d gained more than 1 million followers on Instagram in the past year. But with fame had come increased scrutiny and a growing chorus of criticism, and McKeen needed a break.

It wasn’t a long hiatus — she began posting regularly just a couple of weeks later — but for an influencer whose career lives and dies by her activity on platforms like YouTube and Instagram, it still was a weighty decision. Without new posts, her metrics, statistics including likes, comments and followers, would surely fall. Still, McKeen decided she needed to prioritize personal well-being.

“People started viewing YouTubers as characters in their favorite show rather than real people,” says McKeen. “That made it so the amount of criticism really increased.” After her break, “all of the criticism and random rumors got a lot smaller to me,” she says, adding, “My numbers went down, but it was worth it.”

As the business of influencing enters its second decade, breaks like McKeen’s are becoming common, and creators are talking more openly about the stresses and anxieties of their jobs. In the past two years, online personalities including Lilly Singh, PewDiePie and Elle Mills announced plans to take hiatuses from social media, many of them citing their struggles with burnout as a result of their vlogging schedules. “I came home one day and I remember lying on my kitchen floor and just crying,” Singh told The Hollywood Reporter over the summer. “I turned into such a machine. I was feeling that I was completely losing what it means to be human.” Meanwhile, Instagrammers including model Olivia Culpo have been more vocal about how their perfectly curated feeds mask their internal struggles. 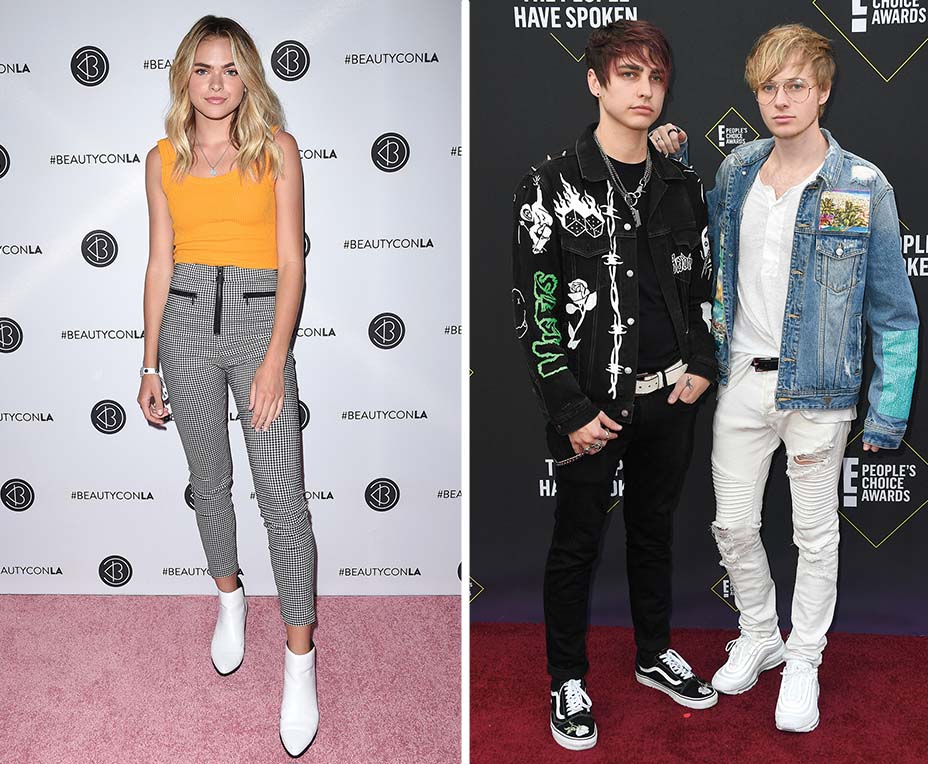 Emily Schuman, who runs the lifestyle blog Cupcakes and Cashmere and has 520,000 Instagram followers, says she was reluctant at first to share about her lifelong struggle with anxiety because, she says, “I felt like it was something that would somehow make me seem flawed.” But the experience has been rewarding, deepening her relationship with her audience. “It’s been one of the best surprises, truly, to be able to connect about mental health and help destigmatize talking about it and going to therapy.”

Many of the stressors that influencers deal with are not unique to them. Actors and musicians also face scrutiny over their images and can be targets of online harassment. But because digital-first talent is exposing his or her real life on a daily basis, the pressure is often greater, says Raina Penchansky, CEO of management agency Digital Brand Architects, which works with many influencers including Schuman. “There is way less room for mistakes when your entire brand is rooted on yourself,” she explains. “Everybody makes mistakes, but they’re making their mistakes so publicly.”

Sometimes the criticism is warranted. McKeen, who has been posting to YouTube since she was 14, faced a backlash in the spring after she released a curated collection of Nudestix makeup that some complained wasn’t skin-tone inclusive. The response, she says, “absolutely was valid.” Still, she acknowledges that a deluge of negative comments “can feel like an attack.”

Many creators become internet famous so quickly — and at such a young age — that they don’t have the resources to deal with the challenges that come with their newfound careers. “It can feel like a huge, drastic change,” says Kati Morton, a YouTube creator and therapist who speaks regularly about mental health. She says many creators can feel unsafe after bouts of viral fame, which can help exacerbate anxiety and stress.

Smith often works with talent to help them approach their careers more like a traditional business, such as planning vacations, while Morton advises creators to take at least one full day off a week and avoid overanalyzing metrics.

After Alisha Marie took two months off YouTube in 2018 to deal with burnout, she hired two full-time assistants and a part-time editor to help her manage her workload. She also started a new routine of going to the gym. Two years later, Marie says she’s in a good place balancing her career and personal life. “I always really prided myself in the fact that I edit every single thing, I do this all myself. I wanted to prove to people that I’m good at this,” she says. “After that shift, I was like, ‘OK, I clearly can’t do this all myself. I need help.'” Even with the added support, she says she’s always working to achieve balance, “It is still a daily struggle.”

As creators focus on their mental wellbeing, it’s putting pressure on the social media platforms to take more responsibility. Instagram, for instance, in July introduced new tools to combat bullying and is testing hiding like counts from public view. YouTube, too, introduced stronger anti-harassment policies.

Meanwhile, some creators are taking measures into their own hands. Sam Golbach and Colby Brock, both 23, struggled with anxiety when they were Kansas high schoolers and turned to social media as a way to build confidence. “It got to a point where I would have to have these digestion pills,” says Brock about the time before he and Golbach became friends and devoted themselves to Vine. “It was horrible. I would usually cry at the thought of talking in front of people.”

Now popular YouTubers with nearly 4 million subscribers to their videos about hunting ghosts, the duo launched website Meta Life in November, which offers tutorials on dealing with common mental health issues. Suicide prevention nonprofit The Jed Foundation/Love Is Louder is a partner. “I knew that if I could overcome [my struggles] after meeting Sam, I had to spread that to as many people as possible,” says Brock, with Golbach adding, “We’re trying to make working on yourself cool and relatable.”