Hollywood’s fastest-rising executives and actors gathered Wednesday for The Hollywood Reporter’s annual Next Gen party at Nightingale Plaza in Los Angeles. Next Gen Talent honorees Suki Waterhouse, Alexandra Shipp, Tye Sheridan and Glen Powell turned out for the bash, which celebrated this year’s class of up-and-comers.

But the mood was bittersweet as the town was still taking in Tuesday night’s surprising presidential election results. “It was a bright spot in an otherwise murky day,” said Verve agent and Next Gen honoree Melissa Solomon, whose father, Tennis Channel CEO Ken Solomon, previously made the list. (The two took selfies together at the party.) “It’s fun to share that with him and be there with him,” she added. Keeping it in the family, Amazon’s Morgan Wandell (a Next Gen alum) came out to support his cousin, FX’s Kevin Wandell, who is one of the 2016 honorees.

Disney’s Samantha Rosenberg, another Next Gen-er, agreed with Solomon that the honor was a positive moment on what could have been an otherwise dismal day. “It was a nice way for people to be proud — especially of women,” she said, adding about the large portraits of the honorees decorating the room that her mom is “ready to hang the photo up on the wall next to my bat mitzvah photo.” (STX’s Sheroum Kim also joked: “I will say I’ve never had my face on a wall at a club before.”) 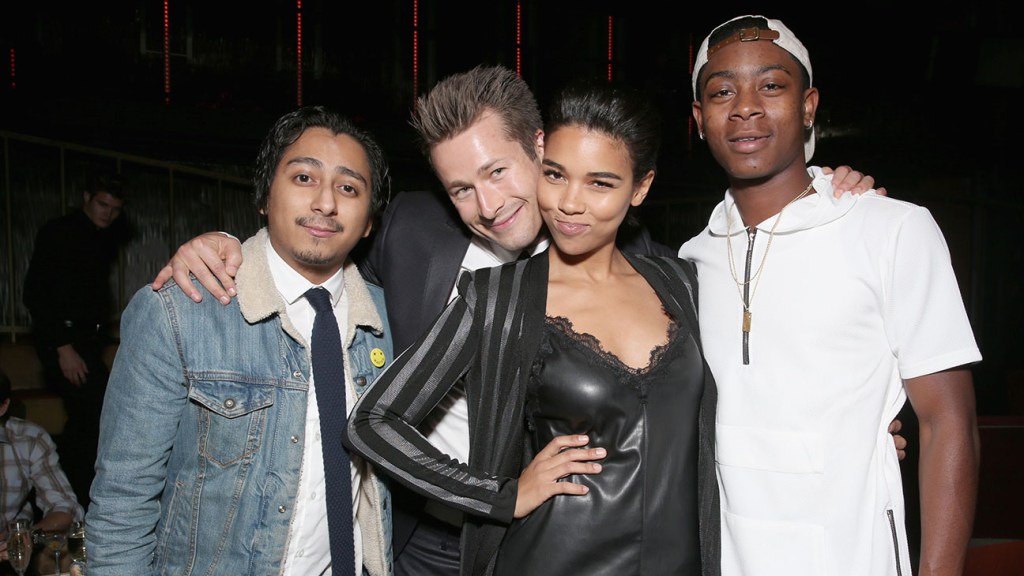 During the evening, sponsored by American Airlines and Audi at SBE’s hottest new nightclub and featuring tray-passed hors d’ourves (think: mini sliders and truffle fries), the honorees and their supporters partied the night away while the underlying tone remained political.

“I felt like I was explaining to most of my colleagues why I was getting congratulated and that it wasn’t for Donald Trump winning,” joked Netflix’s Collin Creighton.

When Sony drama exec Max Aronson sent the THR issue out to his family, he received a note back from his aunt saying, “This is a difficult day, but seeing you on this list put a smile on my face.” Similarly, Paradigm’s Nick Lopiccolo FedEx-ed his parents copies of the issue to Philadelphia earlier in the morning, brightening up their otherwise somber day.

Next Gen talent honoree Waterhouse, for her part, wore a Roberto Cavalli pantsuit to the event in honor of Hillary Clinton. “This is for her,” she said of the embroidered turquois getup. The model-turned-actress, who has four upcoming projects, talk to THR about the transition to film. “It’s a lot more responsibility and a lot more hard work,” she said. 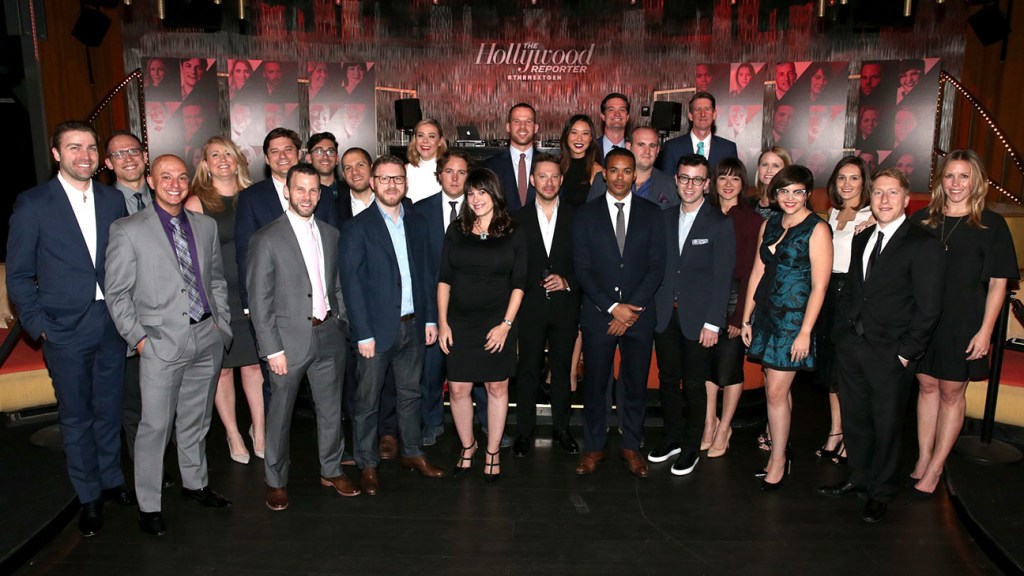 “It felt nice in the moment to have something to celebrate today,” said Mosaic’s Emily Rose, whose client, X-Men: Apocalypse actor Sheridan also was in attendance. Among other talent present at the party: RJ Cyler, Lakeith Stanfield, Maika Monroe, Alexandra Shipp and Nick Robinson.

The crowd of millennials Snapchatted the night away while honorees such as Stanfield and Tony Revolori grooved to beats by in-house DJ Myles Hendrik.

“The fact is that The Hollywood Reporter is no longer just an industry thing — it’s worldwide,” said Powell of making the list. “Anyone who has had to work their way up in this town, being on this list is the result of a lot of work and a lot of luck.”

Inside Hollywood Reporter's Next Gen Bash Celebrating the Class of 2016