The process server had hounded the publicly celebrated, privately troubled Japanese chef at his eponymous Beverly Hills sushi sanctum three times in four days, then badgered him from the lobby of his high-rise downtown Los Angeles condo building twice more. Now, on Nov. 9, 2016, she was demanding that the mustachioed security guard at the front desk buzz the omakase master so she could burden him with yet another business-related lawsuit. He refused to see her. Undeterred, she sub-served the security guard as the chef’s legal representative, handing him the court documents.

This time Hiroyuki Urasawa was accused of shorting an employee on wages and break time, and there was mention of an alleged assault via chopsticks. A few weeks earlier he’d gotten word that he was being sued by his sous chef, alleging he had threatened to kill his underling.

"Murder, Mayhem and Torture" Off the Sunset Strip: The Tragic Story of the Budding Director and His Dead Girlfriend

A Decomposing Body, 10 Duped Girlfriends and the Saga of the 'Alien' Con Man in Hollywood's Backyard

All of this likely would come as a surprise to Urasawa’s loyal high-net-worth patrons, from industry execs to Tom Cruise. They rhapsodize over his knife work, sourcing and creativity and know the chef, 49, as a friendly presence in his by-reservation-only restaurant Urasawa, on the second floor of the Two Rodeo luxury complex — home to Jimmy Choo, Lanvin and Audemars Piguet. The restaurant is an intimate and austere dinner spot with eight seats and no interest in publicity; Pulitzer Prize-winning food critic Jonathan Gold has effused that diners would “find no better evocation of Japan in America.” 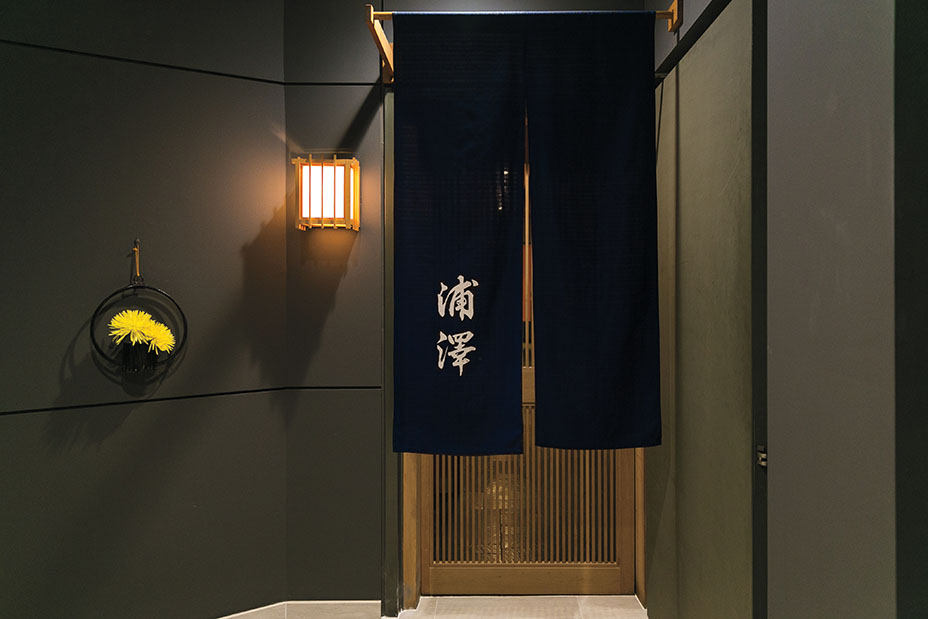 Yet the restaurant has been mired in legal troubles and was thought to have abruptly closed. Back in 2012, the office of the State Labor Commissioner launched an investigation into Urasawa’s employment practices. According to court filings, that inquiry found staff members weren’t paid state-mandated daily or weekly overtime wages, violations that often go unreported in restaurant kitchens, particularly among recently immigrated employees who have little recourse to complain. When asked about suspected meal and rest period violations, Urasawa — who offered that he allowed his underlings 10 minutes to eat and himself ate only once per day — is quoted in court documents telling a labor investigator that “employees don’t take breaks; it’s Japanese style.” He eventually was assessed $67,785 in penalties.

Then, on Aug. 29, 2016, his prep cook Emil Yi, who worked 75 hours a week at minimum wage, sued him over similar issues, additionally alleging verbal abuse and harmful contact, including “smacks on the back, slaps on the side of the arm and being stabbed by chopsticks on his side” in an incident involving a dispute over a lobster, according to court documents. (Yi’s attorneys wouldn’t discuss the ongoing litigation.) The next month, Tom Nonaka, Urasawa’s sous chef of five years, filed a more explosive claim.

Nonaka, who didn’t return a request for comment, not only raised the wage, meal and rest period grievances in the initial filing for his suit, but also alleged he’d been “coerced” into surrendering $14,623.50 to finance the litigation and/or settlement of his boss’ state fines. (Nonaka claims he was working 12 hours a day and netted, after tips, $30,000 a year.) Nonaka contends in court documents that his former boss enlisted him to negotiate with the Labor Commissioner, and when it didn’t work out in Urasawa’s favor, the chef was “threatening to kill” Nonaka unless he bore the allotted responsibility. 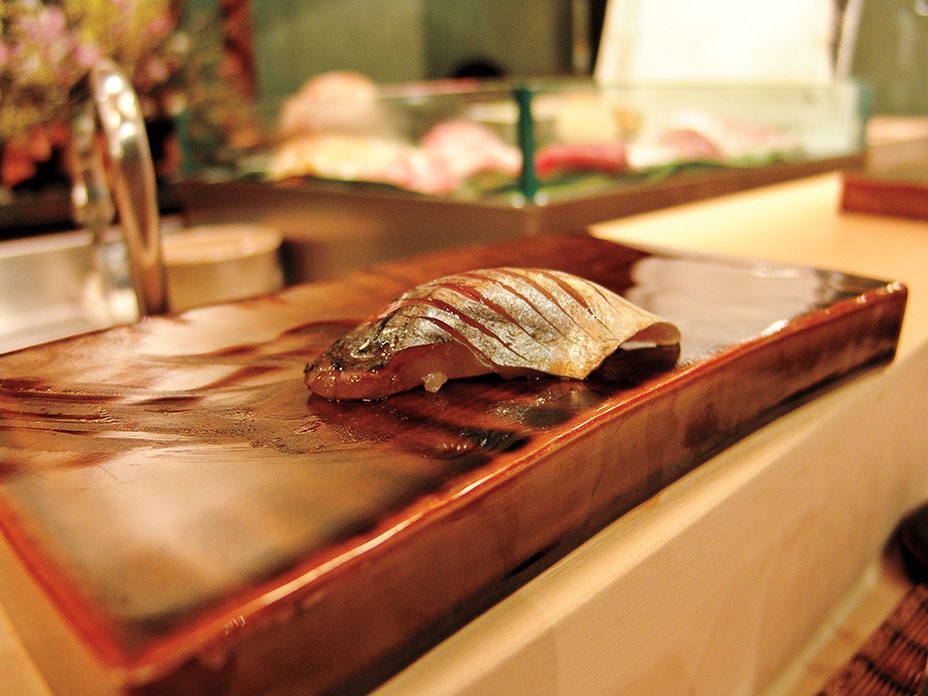 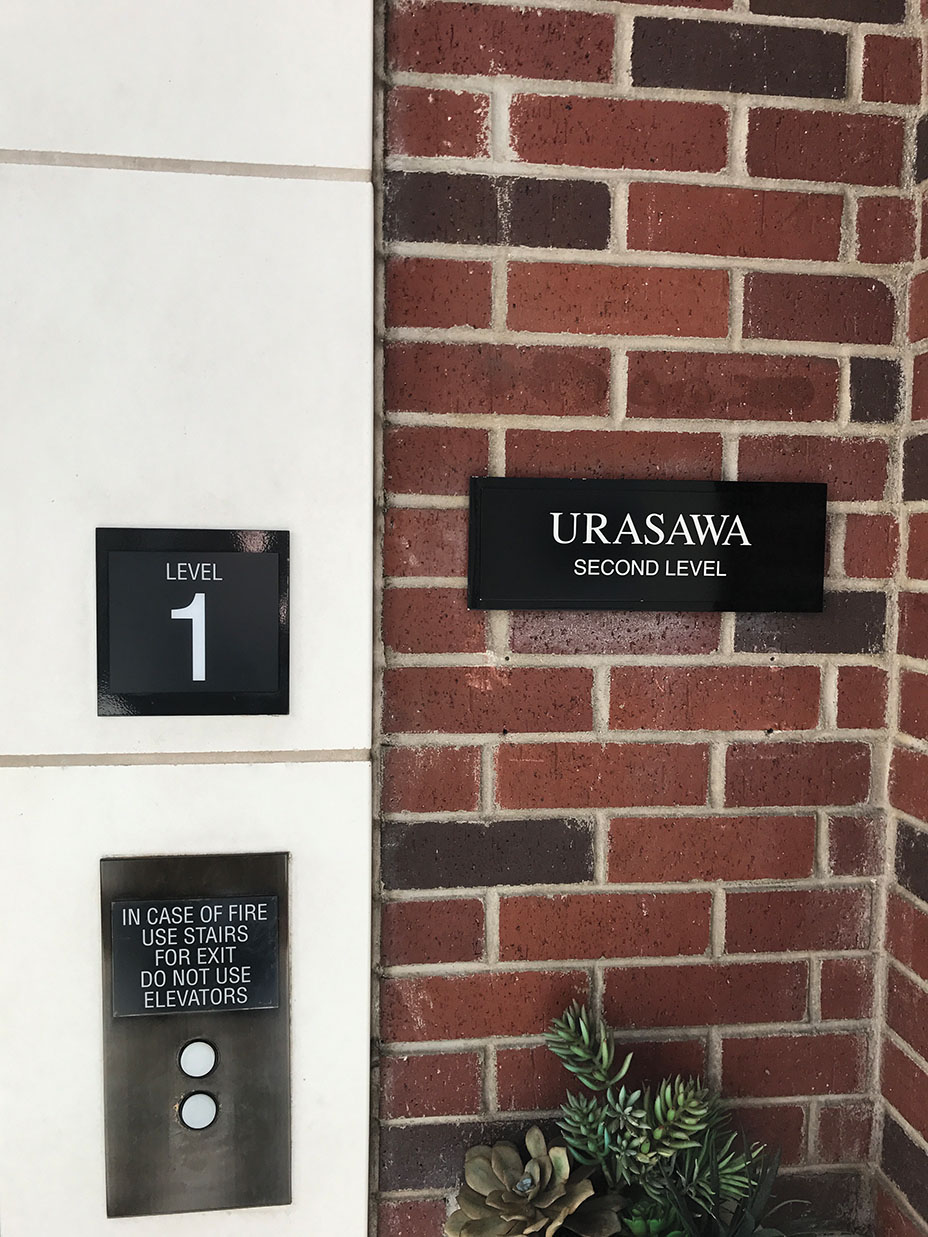 The chef’s personal life has brought a lawsuit, too: Urasawa was sued in September 2015 by his downstairs neighbor at the 37-story tower at 1100 Wilshire Blvd. On two occasions five months apart, after nights of drinking — the 130-pound Urasawa has admitted to ingesting up to five beers in an evening (it was customary for his clients to buy him bottles during dinner service) — he passed out as his bathtub overflowed, causing extensive water damage in the unit below. On the first occasion, a team of firefighters, fearing him dead, broke down his door in an attempt to revive him. The case with his neighbor eventually was settled out of court. 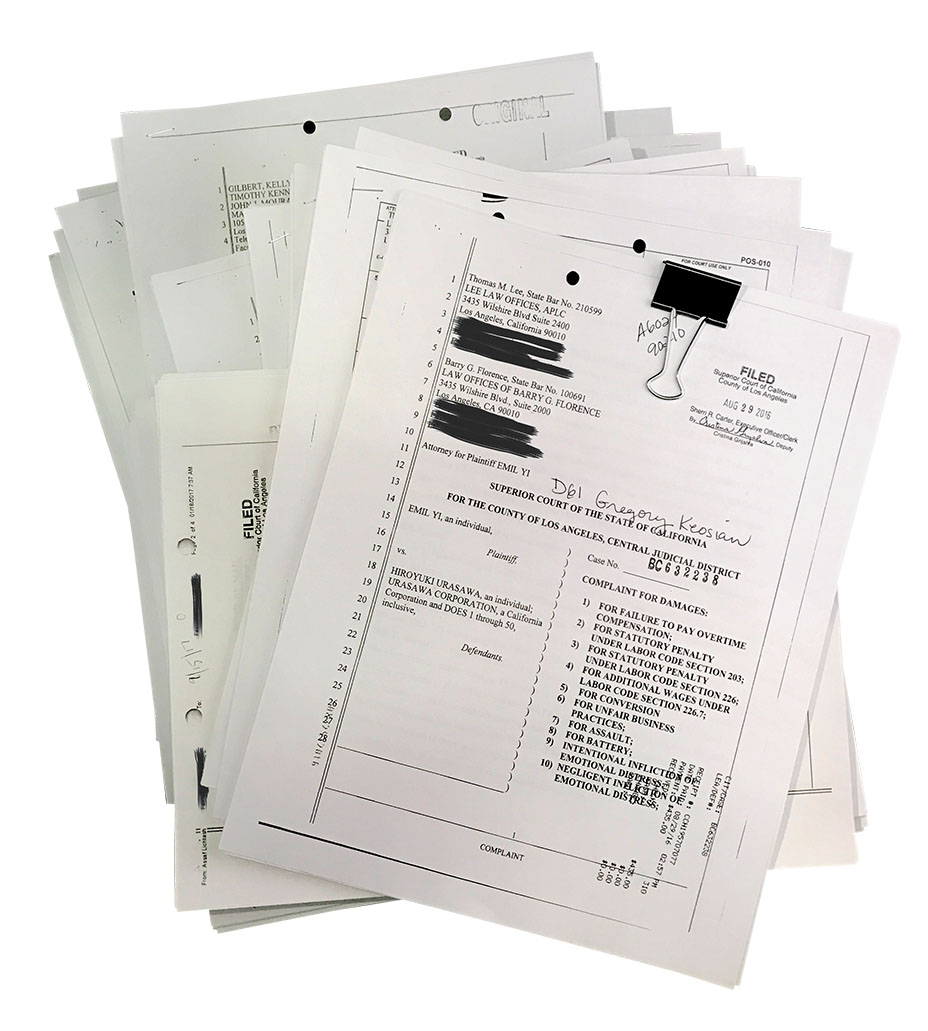 There was talk that the restaurant had closed. The upper echelon of the L.A. food scene, from top local chefs to sushi world players, only could resort to tongue-wagging. The dining website Eater even speculated in a headline that Urasawa “might be gone for good.” Numerous phone calls and emails to Urasawa, the restaurant and various representatives were not returned.

Adding to the confusion was word that Urasawa was selling his condo downtown. According to a guard at his building, he moved out of his 31st-floor unit — with bamboo flooring, a custom bathtub and a 132-bottle wine chiller — in early February. It had been put on the market in September for $1.25 million, and sold for $1.08 million in January.

Yet, despite all the legal chaos and the rumors that he might have fled L.A., it turns out that Urasawa is back in business — or, as restaurant manager Yutaka Homma says, never shut down. (A representative at Two Rodeo’s property management firm confirmed that Urasawa closed for a “short period.”) Few restaurants could survive amid widespread speculation that they were closed, but Urasawa, with its devoted and rarefied clientele, is one of them. 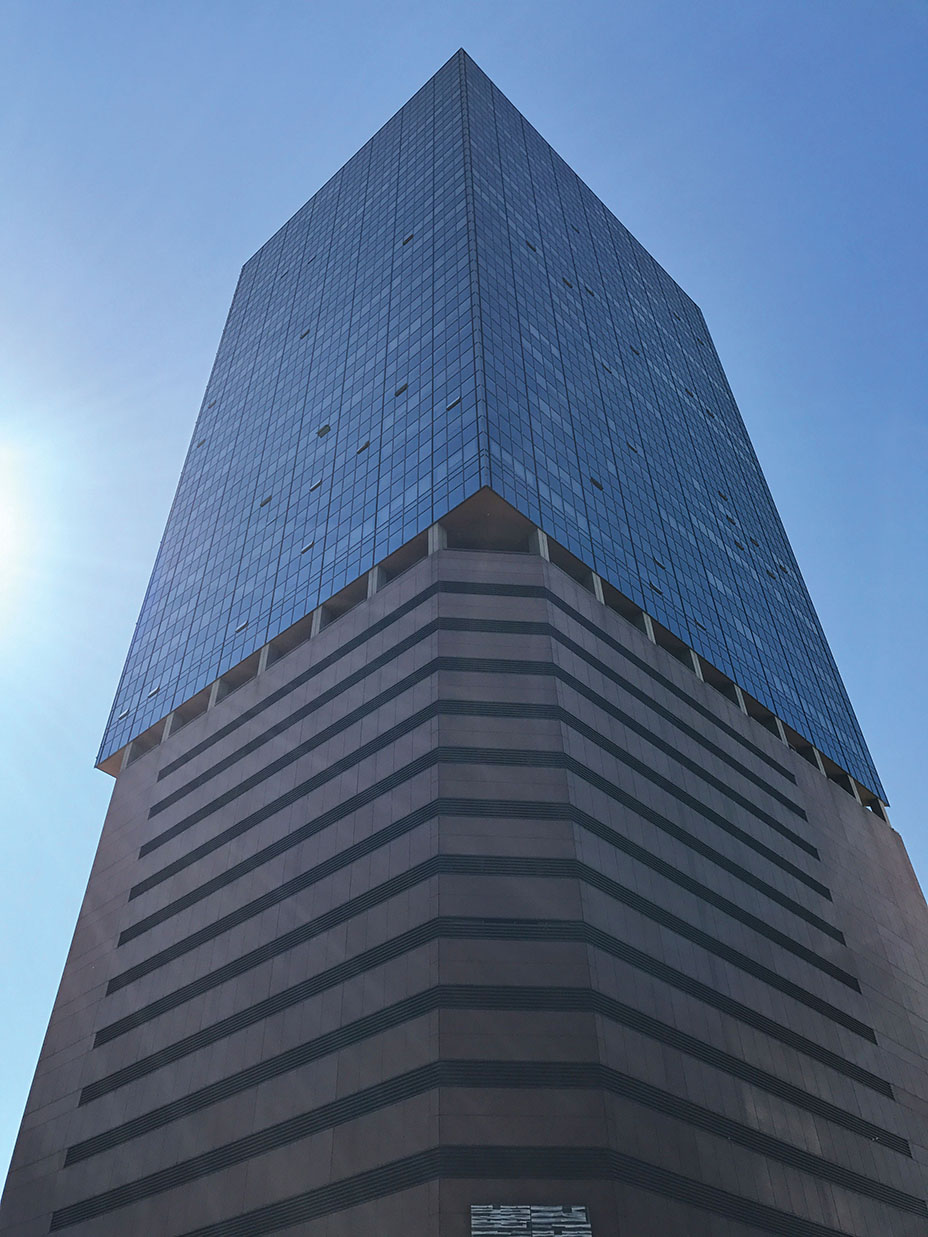 Urasawa’s warmth contrasts with the notably brusquer character of Masa Takayama, his longtime mentor at the same address — when it was Ginza Sushi-Ko — until Takayama left in 2004 to open Masa, the country’s priciest sushi spot, at Manhattan’s Time Warner Center. Still, Urasawa makes sure guests know who’s the master, making it clear that they should consume their dishes within 10 seconds of receiving them lest they experience suboptimal temperature or texture — and that he is the only one to be trusted with the correct application of wasabi and soy sauce to their fish. (Not everyone appreciates his artistry: Janet Jackson reportedly once left when she learned she couldn’t order a spider roll.)

An adherent of the traditional kaiseki style of cuisine found in Kyoto (he doesn’t go for the loose California-fusion sacrilege of Nobu Matsuhisa), in which intricate and esoteric dishes are presented in a rigorous sequence, the chef serves dozens of courses — sea urchin and beluga caviar with gold flakes, live Shimayagi clams, fugu (puffer fish) with the highly poisonous parts carefully removed — atop a light maple wood counter, sanded daily. 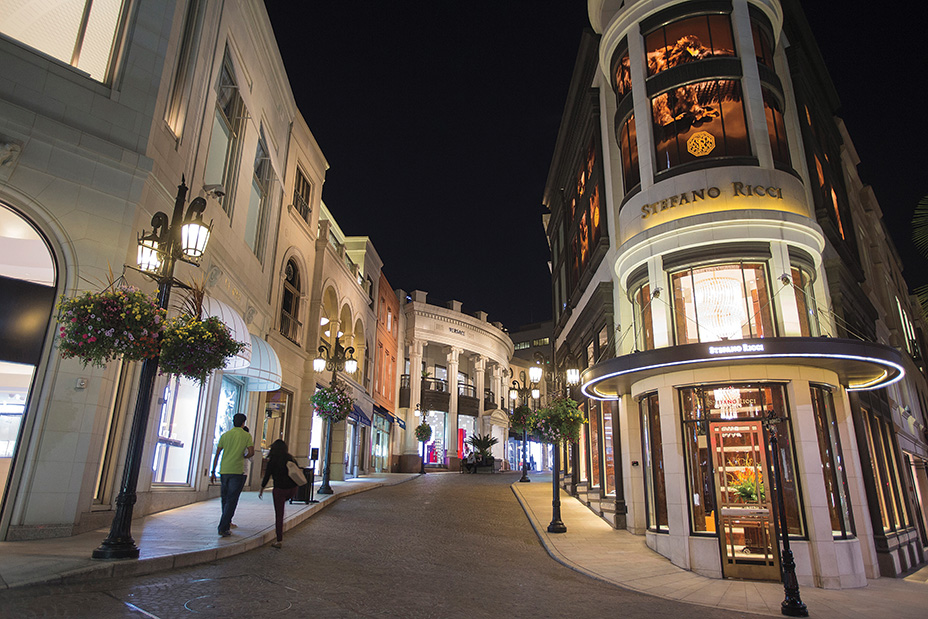 That counter is where Urasawa was standing in the early evening of Feb. 24, when this reporter arrived unannounced in a final attempt to obtain a comment about the status of the enigmatic restaurant and the chef’s courthouse woes. He stood behind the bar, knife in hand. Homma intercepted at the doorway. Customers would be arriving soon, he explained, and besides, the matter was so complicated.

The chef looked up as his manager went on, theorizing on the challenges of the language barrier. Urasawa interrupted, commanding: “Don’t bother! Please leave!”