London’s Donmar Warehouse pops up its black top hat and slinks into some slightly snagged fishnets for a new production of Sweet Charity, the 1966 American musical originally made famous by director-choreographer Bob Fosse and star Gwen Verdon. This latest London revival, the swan-song production of departing Donmar artistic director Josie Rourke, is smartly timed to pick up some publicity updraft from the FX limited series Fosse/Verdon, which many British theater geeks will be aware of, even if it’s yet to air in the U.K.

But while Rourke’s staging and the Fosse-esque choreography by Wayne McGregor are neatly tailored to the intimate thrust stage at the Donmar, audiences will have to find charity in their hearts for some components of the package, such as star Anne-Marie Duff’s gawky, underpowered dancing in the title role. Her winded, flubbed moves on press night during what’s traditionally the title character’s big showstopper number, “If My Friends Could See Me Now,” were only somewhat compensated for by her endearing, chirpy acting and a fine singing voice.

Meanwhile, Robert Jones’ design, heavily inspired by Andy Warhol’s Factory period — all silvered sofas, Brillo pad boxes and faux celebrity-face prints — is way overdone and not quite the right iconography for the material, a 1960s for Dummies styling choice. At least a visit from West End superstar Adrian Lester (one of a rotating series of guest stars) to sing “Rhythm of Life” as psychedelic jazz minister Big Daddy added some spangled electricity to the show’s second half. 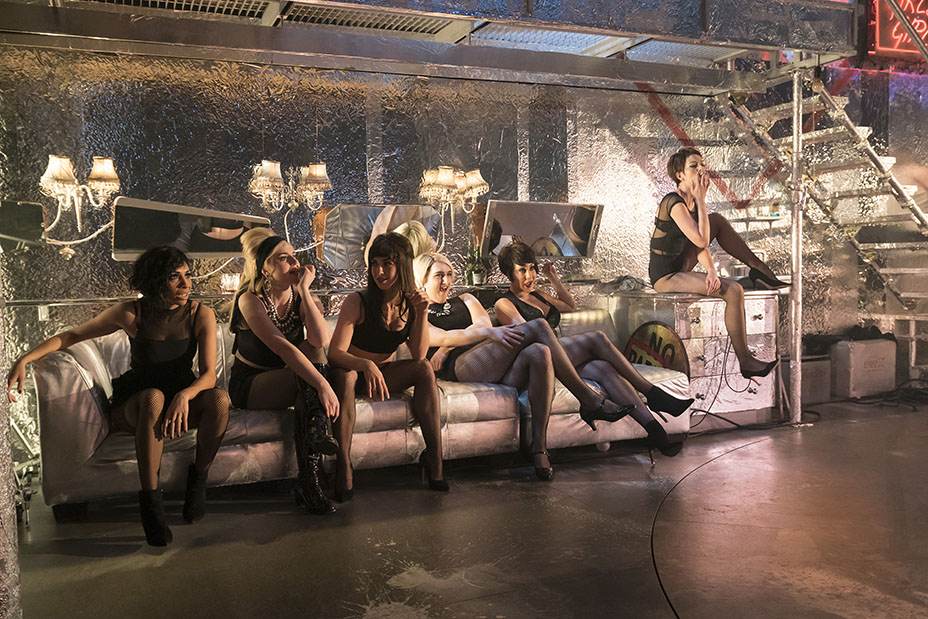 Nevertheless, Simon’s book makes it plain that our heroine, who like her friends is paid to let men effectively “grope her to music,” to paraphrase a famous line, is no virgin. The musical having been made in the 1960s, this is a source of some shame for her although it’s to the show’s credit that it makes the inability of her love interest Oscar (Arthur Darvill) to cope with Charity’s lack of “purity” a thing he recognizes as his own neurotic problem, not hers.

Even so, in this day and #MeToo age, audience members might be forgiven for expecting that this latest production would put at least some post-feminist, or even just feminist, spin on these tricky parts of the show. But no, Rourke plays the material with a fairly straight bat, honoring the text’s rueful acknowledgement that men can be shitty that way, and girls just gotta be hopeful and keep on going. Not exactly empowering stuff, but at least it’s true to the musical’s roots. 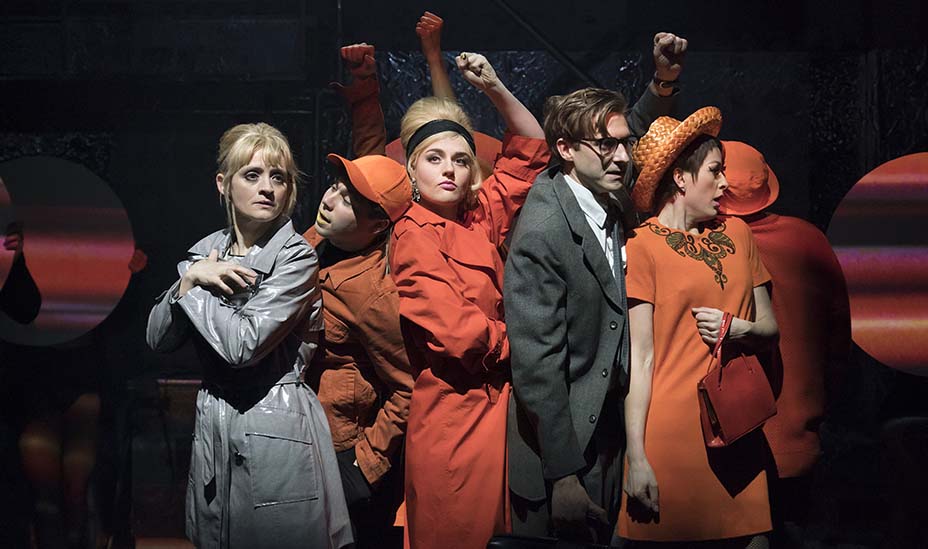 Given that straight bat, Duff keeps her Charity on message, making her a fizzy, quippy, but not especially complicated sweetheart, perhaps just a little past her prime now and ready to hang up the number issued by the Fandango Ballroom. With her dolorous eyes and their swollen lower lids, Duff has the fragile quality of a broken Madonna in Mary Magdalene drag. Her disappointment in the last scenes is heartbreaking, but nevertheless she feels just a smidge miscast given the character is often described as a sex-bomb uber-beauty.

Gender- and body-blind cast is arguably this production’s biggest break with the show’s history. (Racially, the casting even back in the ’60s was laudably diverse.) The pleasingly varied faces and figures of the ensemble represent a strong suit here, with room for both leggy, chorine-style triple-threats such as Lizzy Connolly and Debbie Kurup, playing Charity’s best buds Nickie and Helene, respectively, as well as trans actor Jo Eaton-Kent as Frenchy and zaftig Charlotte Jaconelli as Rosie. (The latter has a proper belter of a voice, which sadly only gets a few solos to show its range.)

Given the stripped-back stage, the crew has to help out by pretending to be trees for the Central Park scene or holding fluorescent-painted props made to look like mini Coney Island attractions, in lurid shades under black light. Their discipline at holding poses and executing complex choreography provides further evidence of Rourke’s skill with dance-based productions. The seats in the circle at the Donmar offer the best view of McGregor’s symmetrical, geometric arrangements of bodies, at times bringing to mind not so much the let-it-all-hang-out energy of the 1960s, but the mechanical, futurist vibe of Busby Berkeley musicals from the ’30s. Maybe it’s time for a revival of Gold Diggers of 1933?