“I can’t stop making images,” said cinematographer Benoit Delhomme, whose work behind the lens on 35 films over more than 20 years seems to have only fed his desire to create more. “I’m the kind of man who likes to make images every day of my life,” he adds with a laugh.

To feed that hunger, Delhomme — who garnered acclaim for director James Marsh’s 2014 film The Theory of Everything — began picking up a paintbrush whenever he found himself between films. Now, for the first time, the acclaimed lensman and self-taught painter is exhibiting his work, in a solo exhibition in New York City. His inspiration? Hollywood, natch.

Through May 6, the ups and downs of life on set are on view in an exhibition of more than 20 figurative paintings at Daniel Cooney Fine Art in Manhattan’s West Chelsea. 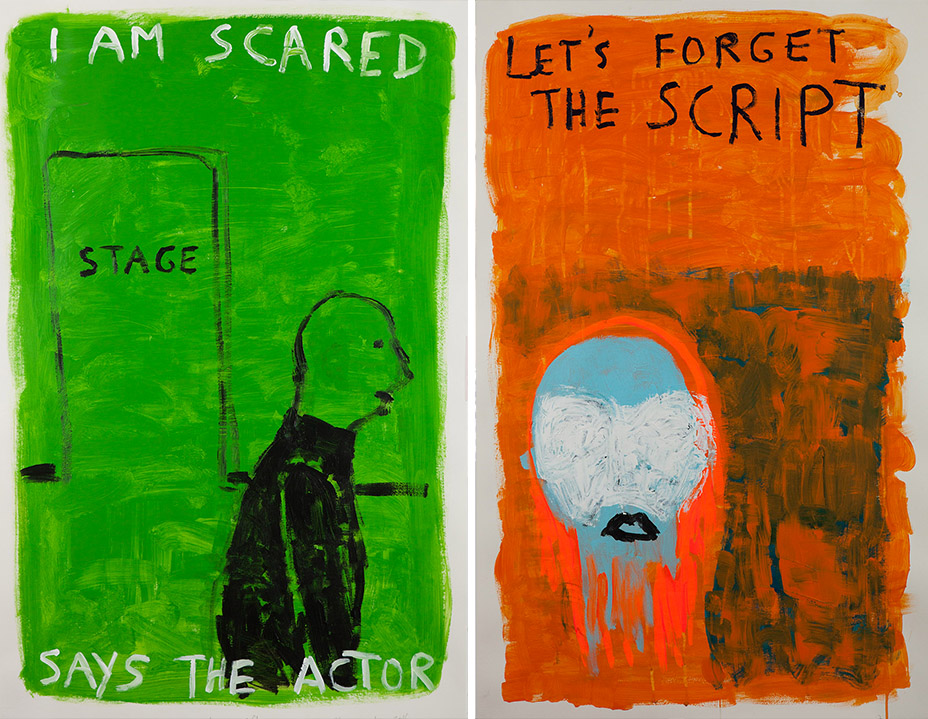 Several of Delhomme’s Hollywood pals who know a thing or two about the life and language of film sets attended the March 16 opening, including the writer-producer-director hybrids Tony Gilroy and Ira Sachs, as well as producer Diana Alvarez, who worked with Delhomme, a Moby look-alike whose brimmed topper is something of a trademark, on last year’s Matthew McConaughey civil war drama Free State of Jones.

Gesturing to one of the series that depict actors in various moments of self-doubt and self-talk, Delhomme said, “Tony told me, ‘I’ve been living with this! Helen Mirren would love this!’”

The paintings on view, all acrylic on paper, combine colorful yet primitively flat figures captioned, in most cases, with snippets of film set chatter by and among actors, directors and camera crews. Some are phrases Delhomme actually overheard, others are words he imagines people muttering to themselves, or saying in their head: “This movie is going to change your life”; “I will never again act in a horror movie”; “She will never read your script.”

“A lot of these images are inspired by my life on film sets, but also my dreams and fears of being on a film set,” he says, adding that fear of failure is huge for nearly everyone working in and around Hollywood.

Delhomme motioned toward another work (“I will not say that word”) and mentioned the set of the 2015 film Shanghai, where actor John Cusack fought to keep up with and help shape a script that was being rewritten minute to minute.

Do some of the works depicting actors verge on reproach? Delhomme shook his head in denial: “This is an homage to them,” he said. In his introduction to the modest catalog the gallery produced for his exhibition, he writes, “I am fascinated by what actors go through to play a character, how scared they get and how lonely they seem.”

One work at least taps into the emotions of the one person who’s supposed to have — or pretend to have — it all under control. Delhomme has painted “SORRY BUT I CAN’T WATCH THIS ANY MORE THIS IS DRIVING ME MAD” above a portrait of someone covering their eyes with their hands. Below, the Delhomme has written in pencil, “a famous director at work.”

Inside the Week's Hottest Events With Katy Perry, Mel Brooks and Barbra Streisand

Of course, Delhomme has seen that fear up close, working with directors around the world. That list includes Anthony Minghella (2006’s Breaking and Entering), Al Pacino (2013’s Salome); and Anton Corbijn (2014’s A Most Wanted Man). Delhomme has also shot videos and commercials for the likes of Nike, Armani, Cartier, Dior, Chanel and Tom Ford, including one featuring Lady Gaga, which became a viral sensation.

While he loves the collaboration of filmmaking, “You have to deal with so many egos in film,” he said with a sigh. “After working with 100 people a day for three months,” he relishes the feeling of working on his own, coming back to a painting that is his alone to envision and realize.

He says he never intended to exhibit his paintings, though he did begin posting them several years ago on Instagram, where a mutual friend he shares with gallerist Cooney saw the artworks and thought to make an introduction.

Delhomme hopes to find a gallery in Los Angeles for an exhibition later this year of large-scale works on canvas. 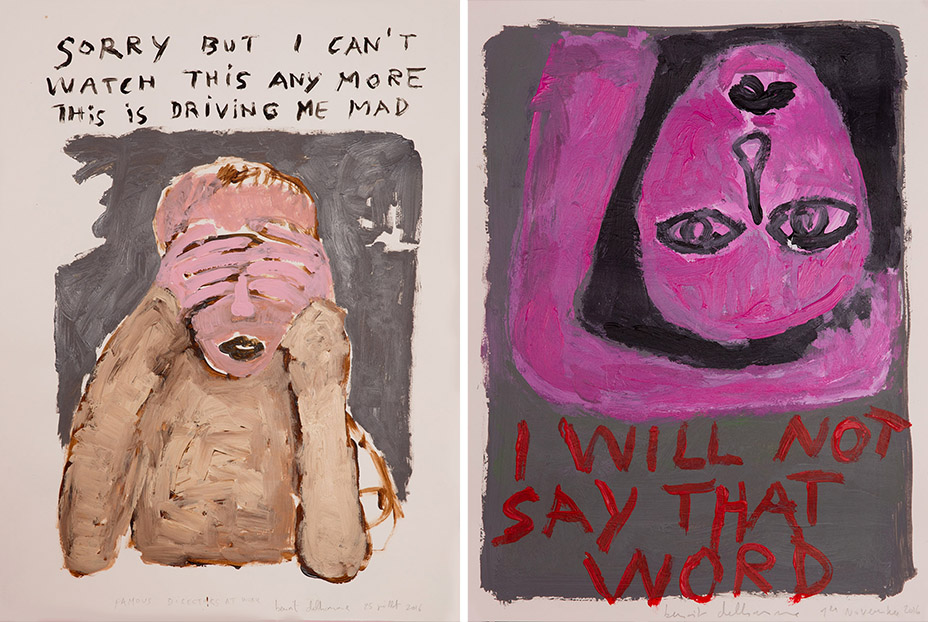