Tim Burton spent a lot of time in Las Vegas as a kid. Growing up in Burbank, California, he frequently visited the desert paradise with his parents, and it would later be heavily referenced in his work. “Every element of grand Las Vegas is part of his memory: the Dunes, the Landmark of course, the Aladdin, the Sands,” says Jenny He, Burton’s curator, who for 10 years has spearheaded his museum exhibitions, which have toured the world and drawn millions of people hungry for a glimpse into the frightmaster auteur’s creative process.

Nods to Vegas echo through Burton’s 1996 film Mars Attacks!, which sees aliens attacking the Strip and displays prominently the great casino signs of yore — the Stardust, Landmark and La Concha. The film is credited with bringing worldwide attention to the Neon Museum, which preserves the city’s rich visual history by collecting, studying and exhibiting iconic signs from shuttered or remodeled casinos and hotels, stores, restaurants and other businesses.

In the greatest possible example of art imitating life and life returning the favor, Burton, 61, focuses his lens on the desert again with Lost Vegas, an exhibition at the Neon Museum from Oct. 15 through Feb. 15. “This is the first time in almost a decade that he will stage an exhibition of his original fine art in the United States. It’s an opportunity for Tim to present work that we’ve really never presented before,” says He, adding that Lost Vegas is “primarily a sculptural and digital installation.”

“Filming the demolition of the Landmark Hotel for Mars Attacks! was one of the most powerful moments of my life,” Burton writes in his artist statement, which also recalls his childhood trips to a city that for him is “larger than life, colorful, shocking, charming and strange; a place where everyday rules seem not to apply.” 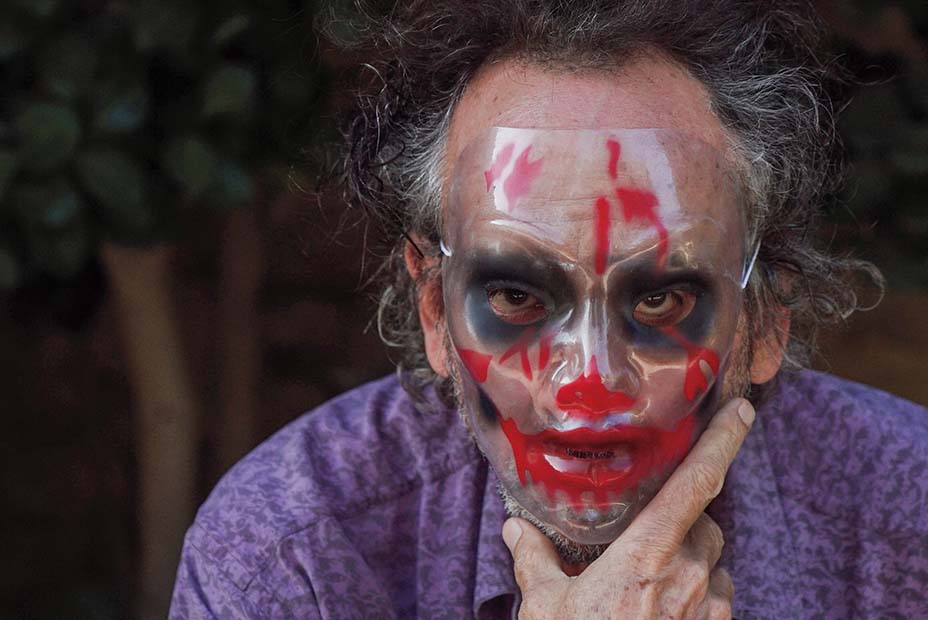 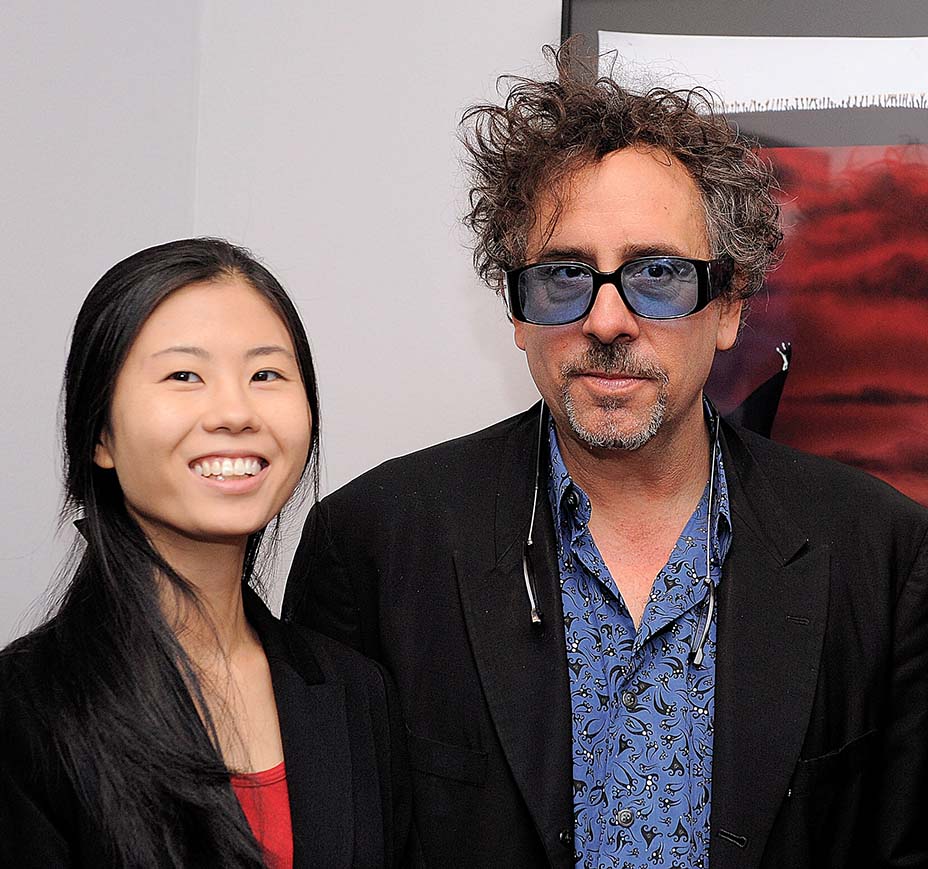 Large-scale sculptures will be staged throughout the museum and at the City of Las Vegas’ Boneyard Park. “The exhibition in Las Vegas will very much in the tone of being mesmerizing and spectacular,” says He. “About 80 percent of what visitors will see was created specifically for this. Ninety percent have never been shown before.”

Among the largest works will be a 40-by-20-foot grid displaying a collage of neon created by Burton and a 40-foot sign tower, the exhibition’s centerpiece. “The seahorses [in the grid] symbolize the memory of Tim looking at seahorses that were in the pool at the Dunes,” says He.

In 1997 Burton published the book The Melancholy Death of Oyster Boy and Other Stories, featuring a character named Stainboy — later the subject of The World of Stainboy, a 2000 series of six animated short films. This little superhero will come alive throughout the exhibit and in Brilliant!, a 3D-mapped light show that brings the museum’s unilluminated signs to life.

“Tim will be doing the finale of Brilliant!, producing a new segment with creator Craig Winslow,” He says. “It features the song ‘The Man’ by The Killers, for whom he has directed two music videos.”

And The Killers, Las Vegas’ hometown band, will be there Oct. 12 when Burton receives the Glow Award at the museum’s Boneyard Ball, to be held at Encore at Wynn Las Vegas. “To say we’re flattered that Mr. Burton has chosen our museum for this exhibition would be an understatement,” says Rob McCoy, president and CEO of the Neon Museum. “But when you think about it, Tim is one of the few artists who can match the great imagination of Las Vegas.” Notes Burton, “Unusual, magical and bizarre things were always possible here, and I hope that this show will revive a bit of that.” 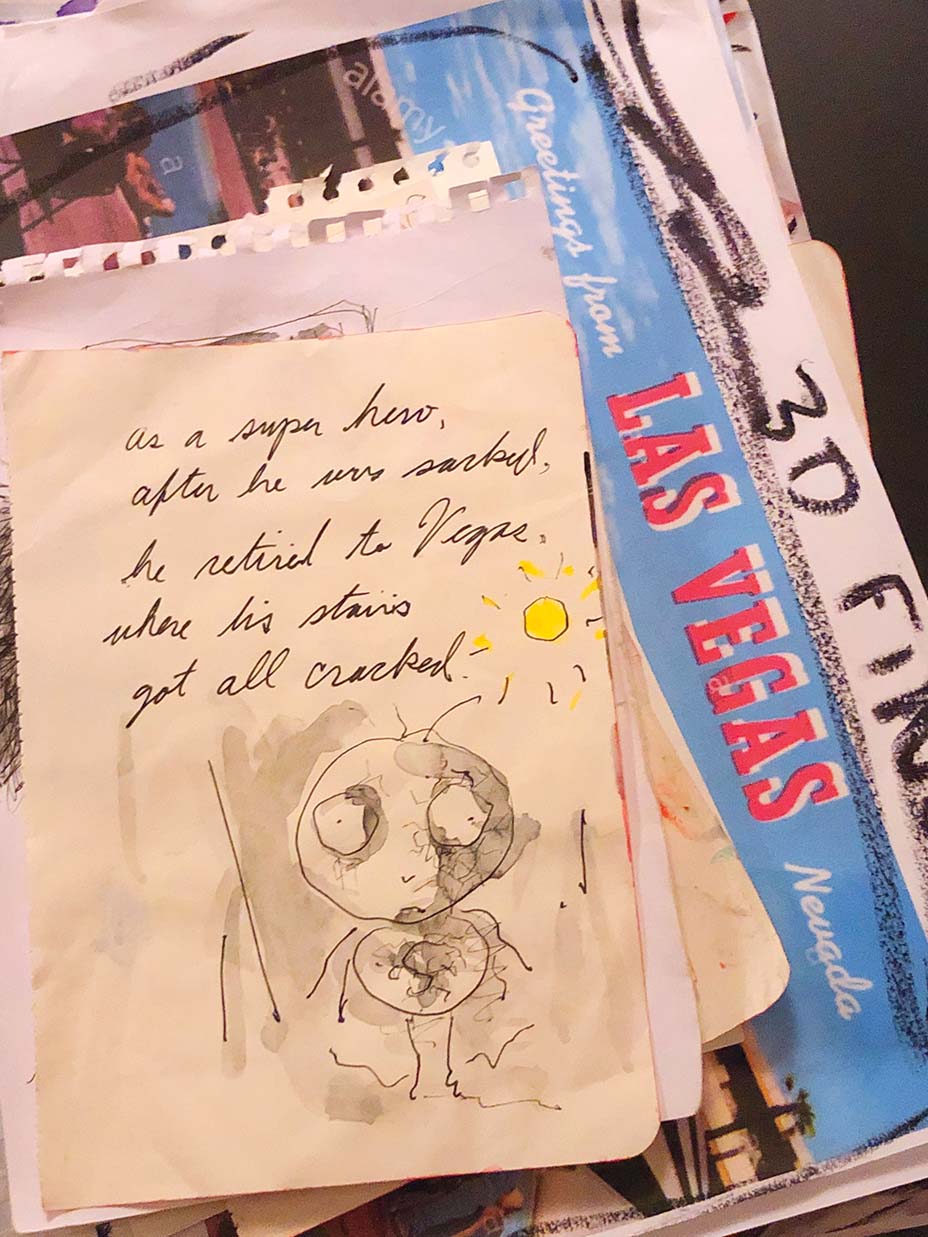 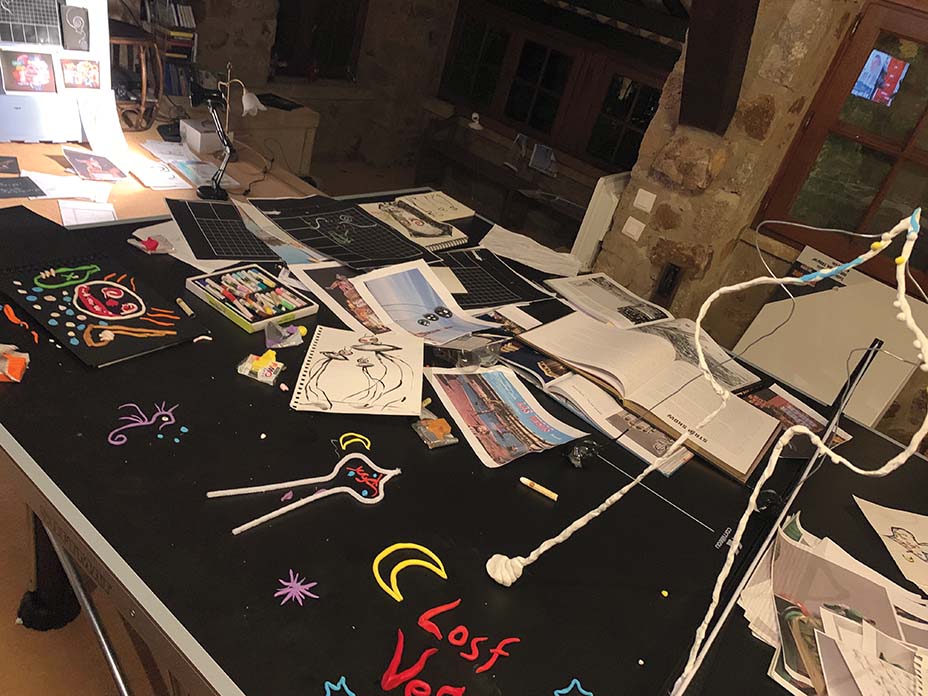 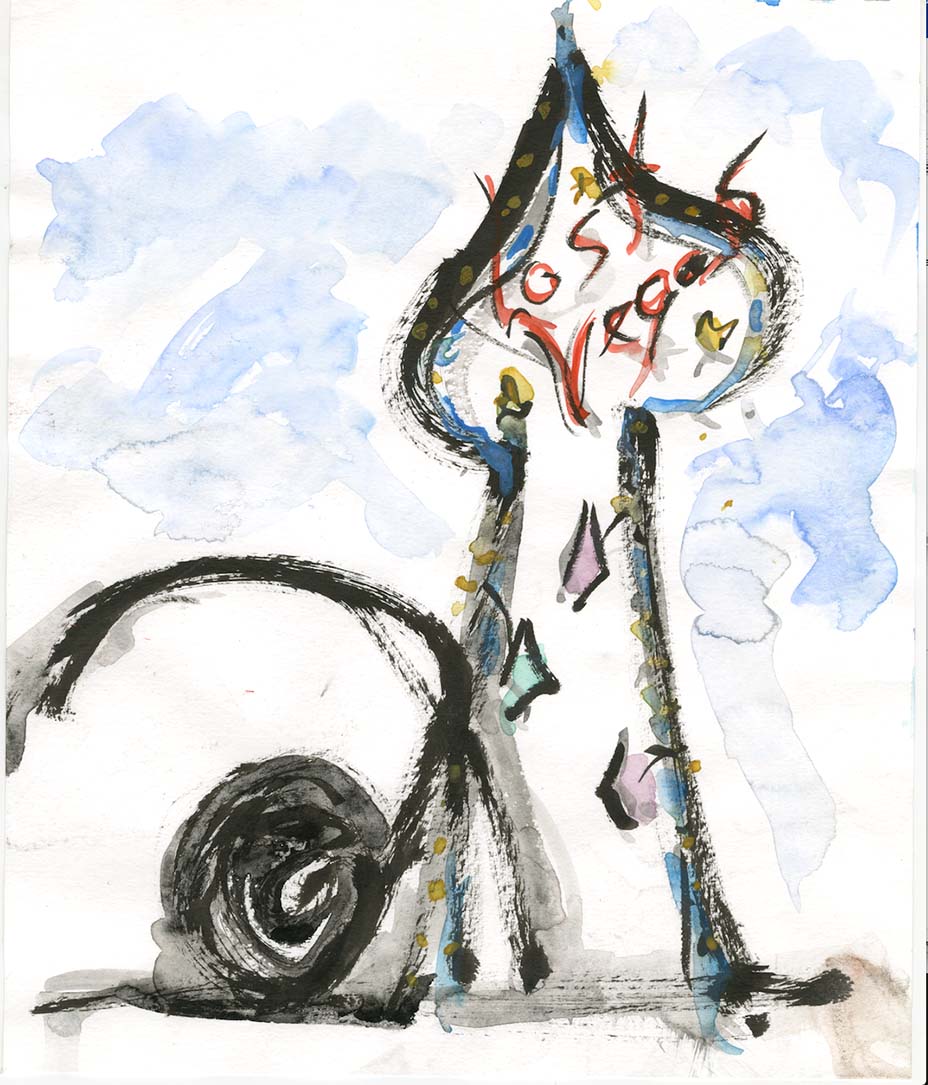 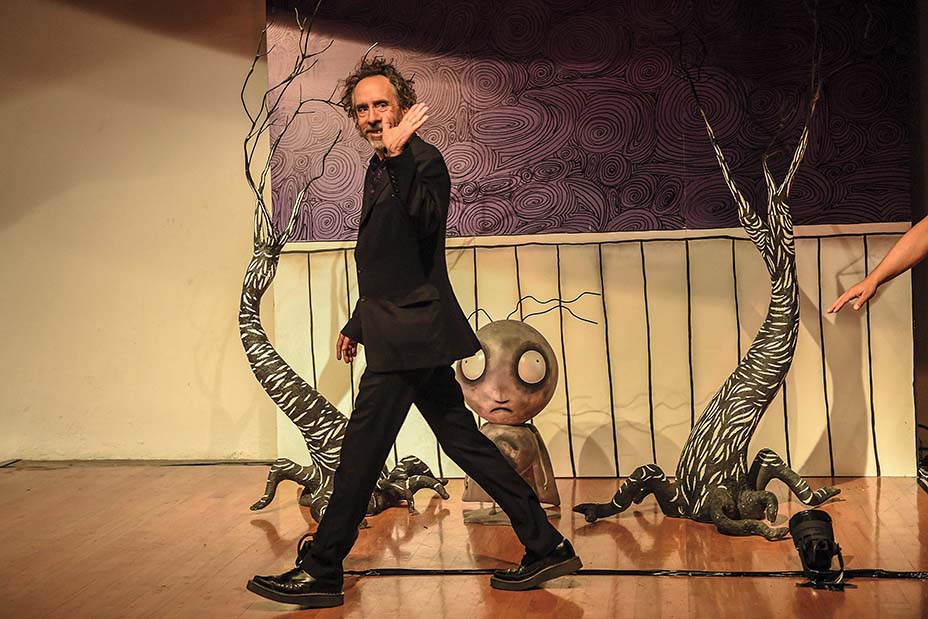 A version of this story first appeared in the Oct. 9 issue of The Hollywood Reporter magazine. To receive the magazine, click here to subscribe.