With nine Tony nominations, a tuneful score from Oscar-winning songwriters Benj Pasek and Justin Paul (La La Land), and mobs of kids outside the theater hoping for a glimpse of rising star Ben Platt, the Broadway musical Dear Evan Hansen would seem to have all it needs for a long run.

And then some. This pop parable about an isolated teen (Platt, in a career-making role) features a stellar cast of supporting performers, chief among them Rachel Bay Jones, whose winsome turn as Evan’s struggling single mother Heidi Hansen has also won critical acclaim, a Lucille Lortel Award last weekend for the show’s earlier off-Broadway run, and now a Tony nomination for best featured actress in a musical.

Reviews have been effusive in their praise for her performance. The Hollywood Reporter‘s chief theater critic, David Rooney, wrote, “The show’s secret weapon, matching Platt all the way, is the wonderful Jones as Evan’s frayed but loving mother.” And the musical has looked like a bona fide hit right out of the gate, playing to capacity houses and regularly pulling in more than $1 million a week since its December opening, with a hefty cumulative gross of $27.5 million to date.

But getting to Radio City Music Hall, where the Tony Awards will be presented June 11, has been something of a challenge — to put it mildly — for Jones, whose zigzagging and, at times exhausting, 30-year march to a first nomination alone is probably worth a special award for endurance.

Though it’s now commonplace for Jones to receive praise from heavy-hitters such as Carol Burnett, Sting, Julia Roberts, Betty Buckley, Tina Fey, Morgan Freeman and countless other famous post-performance backstage visitors, the youthful 47-year-old is still in the savoring stages of what feels like a surreal turnaround in her life. She’s still unaccustomed to hanging out with superstars.

“I keep trying to remember that it’s excitement, not high anxiety,” she tells The Hollywood Reporter.

We are meeting after a recent Sunday afternoon performance, in the Music Box Theatre’s “blue room” — a tranquil reception area overlooking the madness on 45th Street, where fans are lined up 10 deep or more for autographs and selfies with the cast. Back upstairs, a radiant Jessica Lange and her teen and preteen granddaughters stand beside us, patiently waiting to see the performers.

“I come home at night and I say, ‘Wow this is happening right now,'” Jones confesses.

“This” was a quest that began in 1987 when she dropped out of Spanish River High School in Boca Raton, Florida, to perform in a local play. Two years later at age 19, she was off to New York and within no time had landed her first Broadway role, understudying the lead in Meet Me in St. Louis. With the voice of a pure folk singer and an unaffected manner, Jones’ future seemed bright. 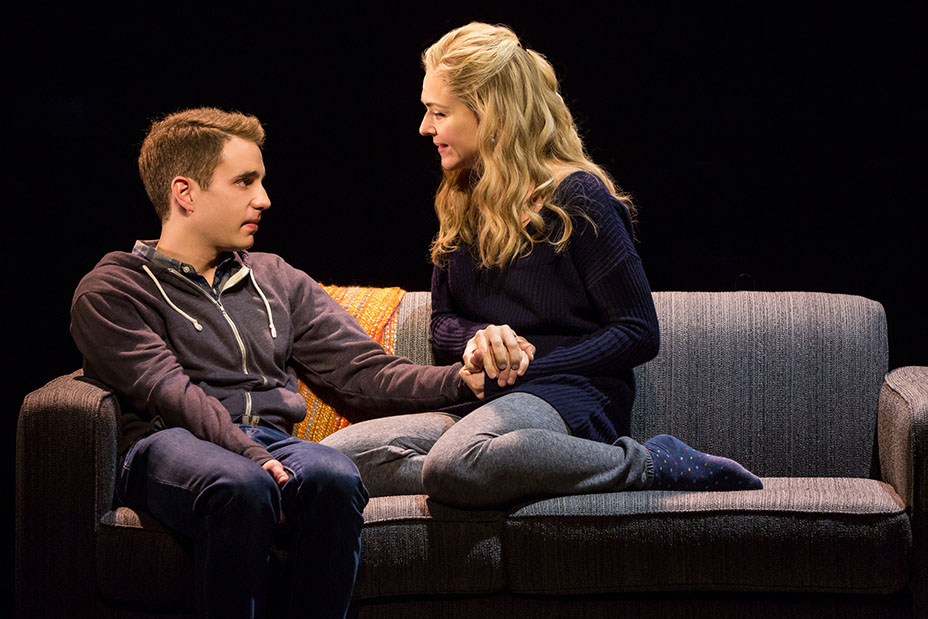 Yet after that first gig, she would not set foot on a Broadway stage for 20 years. So what exactly happened to her promising career? And just where did she go for those two decades?

“However long it was, it was marked by continued half-hearted attempts to come back to the city, and bouncing around to other places,” she says. “It was as if I wasn’t ready for this.”

After touring in Grand Hotel in the early ‘90s, Jones returned to New York but found the city not quite as welcoming as it had been earlier on. She sought solace at the Flat Rock Playhouse in North Carolina. She moved to Asheville and worked as a singer. She tried New York again but soon left, thus beginning a cycle — fueled by stage fright and insecurity — that would repeat for years and include stints in Texas, Hawaii, South Florida, and on tour both nationally and abroad, encountering such challenges as learning Rent in German and Evita in Spanish. Plus countless further tentative new starts in New York.

By the early 2000s — drained and re-evaluating her priorities in a post 9/11 world — Jones began contemplating family life. She settled with her boyfriend in Maui where her parents were then living. A daughter arrived, but restlessness soon set in.

After one last detour to Florida, she packed up for New York again — single and now with a 2-year-old.

“It was a big struggle,” she says of the four-year slog before finally landing steady work in the ensemble of the 2009 Tony-winning revival of Hair just before her 40th birthday. A plum part in the 2013 revival of Pippin won critical plaudits, and soon after she was invited to participate in a table read for Evan Hansen.

“You know right away when something has worth,” she says, explaining her loyalty to the musical through its gestation at Arena Stage in Washington, D.C., and then off-Broadway at Second Stage in 2016. The show, about the repercussions of an unwitting lie retold on social media, resonates, she says, because “there’s this great need inside all of us to be seen, heard and forgiven.”

After banishing most of her fears, accomplished by focusing on her work rather than herself, Jones isn’t dwelling on what some may see as lost years.

“There’s no way I could be doing the kind of work I’m doing right now if I hadn’t lived the way I did for the last 30 years,” she says. “I really believe we’re always getting ready. Everyone’s go-time is different.”

Dear Evan Hansen is playing in an open-ended run at the Music Box Theatre, New York