When Lauren Ambrose took on the role of Eliza Doolittle in My Fair Lady, she gave her British co-star Harry Hadden-Paton “carte blanche” to correct her English accent.

“That was humbling,” Ambrose says. Though Hadden-Paton adds, “We didn’t have much to do, but it was fun.”

The pair first met at Hadden-Paton’s audition, before collaborating in a workshop for the show in December and then starting Broadway rehearsals in February for the revival of the 1956 Lerner and Loewe classic, based on George Bernard Shaw’s Pygmalion.

Ambrose, 40, is best known for playing Claire Fisher for five seasons on Six Feet Under; she has been on Broadway in shows like Awake and Sing!, also directed by My Fair Lady‘s Bartlett Sher, but this revival marks her professional musical debut. Hadden-Paton, 37, has performed on London’s West End, and is best known stateside for playing Bertie Pelham on Downton Abbey and Martin Charteris on The Crown.

Both leads earned Tony Award nominations for their performances in the sumptuous Lincoln Center Theater production of My Fair Lady, which landed 10 noms in total, including for best musical revival, best director for Sher and spots in the featured-actor categories for Diana Rigg and Norbert Leo Butz.

During the run-up to the June 10 Tonys ceremony, The Hollywood Reporter caught up with Ambrose and Hadden-Paton to talk about wrestling with a musical classic and why the show plays differently in 2018.

This is the first professional musical for both of you. What were some of the biggest challenges?

Ambrose: I feel like my character is onstage almost the whole time, and then we get two breaks and during the breaks…. When we first ran it, I was like, “There’s no way I can do that. We have to change this.” Eventually my muscles and my breathing mechanism decided to cooperate and have kind of gotten used to it. It’s definitely a workout every night. It feels like a marathon.

Hadden-Paton: For me, it was the songs. How do you leap from the realism of dialogue to the sort of heightened artificialness of a song? How do you do that and keep it truthful and real? And tone is tricky with some for my songs — how to pitch it with a modern audience was difficult.

With the tone of your songs, do you mean because you’re doing this musical in 2018 during the #MeToo and Time’s Up movements? Does that force you to look at the material in a different way?

Hadden-Paton: Some of my lines, which have always grated, are even more painful to deliver at the moment. We haven’t really altered the text, it’s just the way in which it’s received. It’s why revivals are so useful for society as a whole. They hold up a mirror to the world outside and make the audience leave questioning our behavior, and maybe how far society has come or not come since the last time they saw the show. 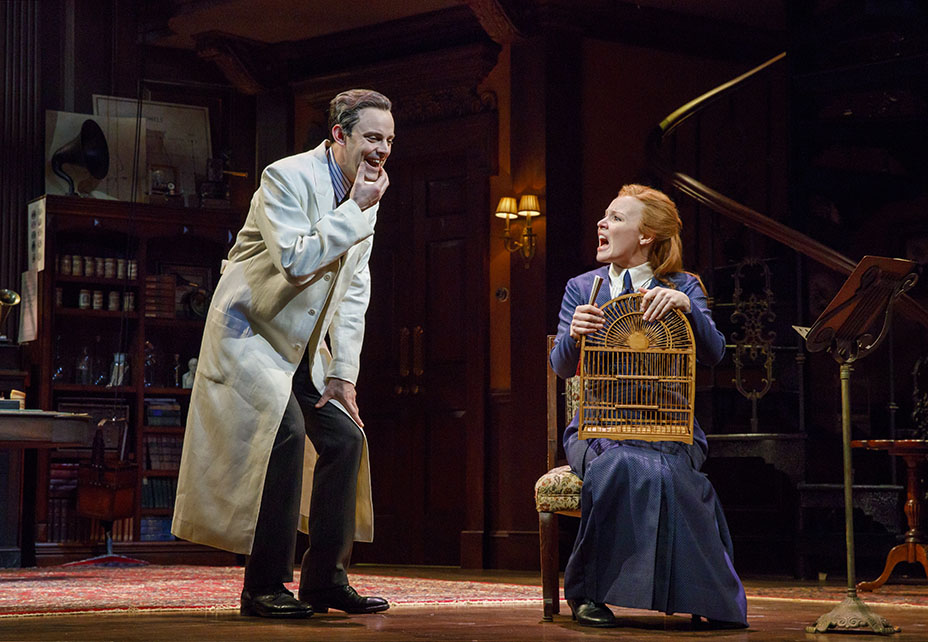 Ambrose: I know they decided to do this musical before all of the shifts and waking up that has happened in our culture of late, but I can’t imagine doing this musical in any other moment because it would be painful. I think about all the women who have played this character before, and I feel for them, that they weren’t in a moment of wakefulness. Some of those lines, we hear them today and we can kind of hear them as painful. Every once in a while, I hear somebody cackling, and I go, “Well I wonder what’s going on with that person.”

Have you made any updates at all to the text for this production?

Ambrose: We really haven’t changed much. People say, “Oh it seems like Eliza’s really brought forward more than other times.” Maybe it has to do with the fact that we’re all a little more woke. We even tried to put more of the Pygmalion text in, but the thing is so long that whatever we ended up putting in ended up coming out for the most part anyway.

Harry, you mentioned that Rex Harrison, who played Higgins in the original Broadway production as well as the film, wasn’t interested in going on a journey. Can you talk about why you think it’s important?

Hadden-Paton: It’s all there in the writing. The first song is, “Let a woman in your life and your serenity is through.” And it ends with, “I shall never let a woman in my life,” which is just setting up the problem for him that he will absolutely let a woman in his life. It’s the perfect setup for someone who is going to change. And he does. She makes him question everything he’s ever believed…. He’s searching for answers to why he’s feeling like this, how has she made him feel like this, how must he behave in the future, can he exist without her in his life. So for him as well as the audience there are lots of questions being asked at the end and I’m not going to resolve them all. I think it’s so satisfying to take someone through a change like that. It’s why we do it really. So I don’t know why Rex was scared of it. 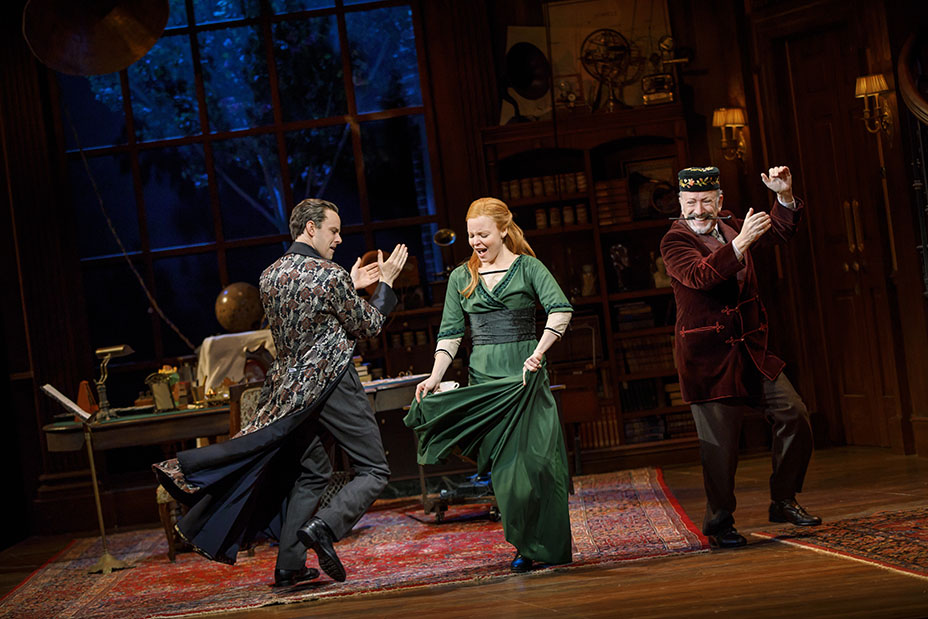 The musical ends with the line, “Where the devil are my slippers?” which many see as problematic. Without giving too much away, can you talk about how you’ve reconceived the ending for this production?

Ambrose: I felt nervous about it. I was like, “OK, I got the part” and I literally called Bart, and I was like, “What are we doing about the ending?” Harry thought that was really silly. He kind of hears the whole thing differently than maybe American audiences do.

Hadden-Paton: There’s a literal reading of it, which worries a lot of people. For me, I never read it as an order or literally, that he’s asking a question. It’s nothing to do with that. She is the one that sets it up. She says, “I washed my face and hands before I come, I did,” which is a reference to one of her first lines in the first scene where they meet. He responds by saying another line from their past, which caused them all sorts of havoc. It’s a reference to their past and to everything they’ve been through together, and an acknowledgement of how far they’ve come and how things have changed.

Ambrose: But there have definitely been productions even with just her staying where it’s essentially him saying, “Where the devil are my slippers,” meaning, “I’m not going to go much farther than you’ve seen me go. This is our relationship, and it’s not going to evolve.” So, to me, it’s still a tricky line, and I know it was something that needed to be looked at. Shaw wrote these incredibly strong female characters, including Eliza Doolittle. If you read Pygmalion, she marches out the door to her father’s wedding and says, “I don’t know how you’re going to survive without me.” So our goal is really to have them be equals and also honor George Bernard Shaw’s intentions.