The moment has met Kwame Onwuachi, a Bronx-bred culinary sensation who’s emerged as one of the food world’s most essential voices. His kitchen-confidential memoir, Notes From a Young Black Chef, which tells of racism in American fine dining, is being adapted into a feature starring LaKeith Stanfield and begins shooting this summer. Onwuachi, 31, is prepping his own mini-role in the project: “Four lines is going to be a lot to remember,” he says.

Starting April 1, the former Top Chef contestant — he competed on season 13 in 2015-16 — will return to the show, but this time as a judge in its pandemic-era Portland season, months after host Padma Lakshmi acknowledged the franchise’s inclusion issues. “America is diverse, and it should be reflected in the panel,” says Onwuachi, who’s also nurturing a nascent production company called Broken Whip.

“Whether it’s his Nigerian grandmother’s oxtail recipe or his aunt’s Creole treatment of the classic étouffée dish, Kwame takes all of his life experiences and pours them into his meals,” says Dave Chappelle, who was a regular at the chef’s acclaimed Washington, D.C., restaurant Kith/Kin, known for its exploration of African diaspora cuisine. In 2019, Chappelle invited Onwuachi to cook the menu at the comedian’s Mark Twain Prize dinner at the Kennedy Center. In the same year, Onwuachi received the culinary industry’s key honor: the James Beard Rising Chef of the Year Award.

However, Onwuachi is now a chef without a restaurant. In July, with the nation reeling from historic racial injustice protests, Onwuachi — whose training included stops at Michelin citadels like Per Se and Eleven Madison Park in New York — departed Kith/Kin. Citing his desire to possess financial equity in his next restaurant project, he noted that “something that profits off of Black and brown dollars should be Black-owned.”

Since the onset of the pandemic, Onwuachi has volunteered in the Bronx with José Andrés’ World Central Kitchen and has immersed himself in food policy activism through his work with the Plate of the Union campaign, whose goals include ending federal subsidies to major agricultural polluters and protecting anti-hunger efforts like the Supplemental Nutrition Assistance Program (SNAP). In his memoir, Onwuachi recalls that, while he was growing up, his mother made just enough money to be ineligible for SNAP. 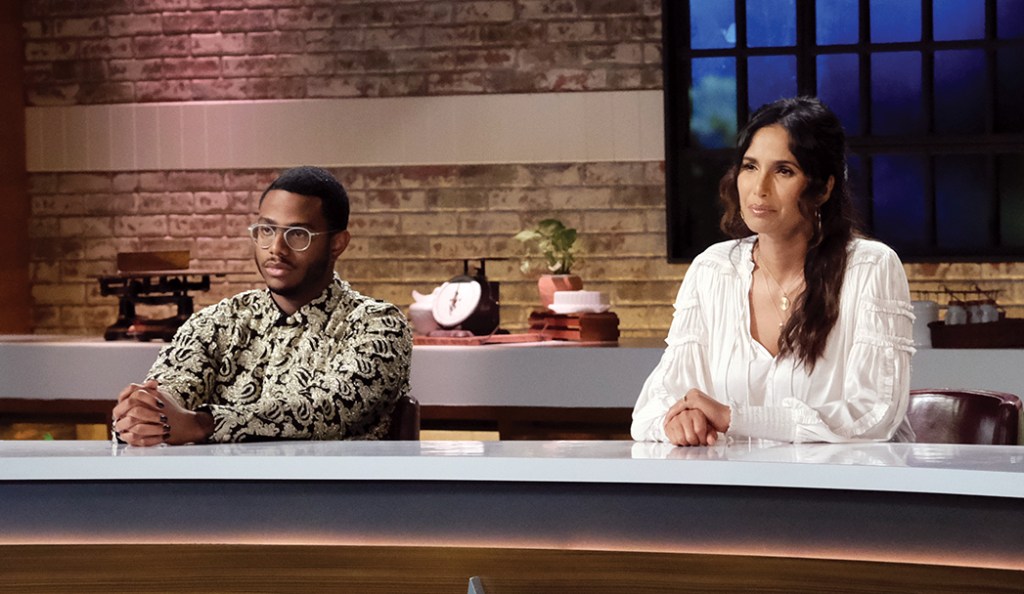 He’s also active with the Independent Restaurant Coalition, which successfully lobbied for billions in COVID-19 relief funds as part of the America Rescue Plan, and is blunt about the root causes of the vast inequities in the restaurant sector. In particular, Onwuachi speaks of the racist origins and economic consequences of the post-Civil War emergence of the practice of tipping — a view shared by scholars and activists. “This is an industry that’s based on slavery,” he says. He also believes there should be tax breaks for restaurants “just for operating. We are first responders [when it comes to feeding neighborhoods], often mom-and-pops, and frequently cornerstones of our community — especially in food-desert areas, where there’s little or no access to fresh ingredients.”

As for the dish he suggests America look next to fall in love with, the new national tastemaker points to fufu, a favorite West African comfort food: “It’s a yam, boiled and then pounded into this malleable texture, then broken off and dipped into a stew, which varies from melon-seed to okra to chili-based.”

He calls Harlem restaurateur and PBS’ No Passport Required host Marcus Samuelsson an inspiration. “I knew that if I could see him, I could become him, and that’s where, for me, representation matters,” says Onwuachi, who tells THR that his focus in the coming years will be on “affording opportunities to other people,” whether through Broken Whip or his new position as executive producer at Food & Wine. “That’s the most important thing once you get a platform: to then build it so other people can jump up with you.”