Royal speculation went wild across social media on Thursday morning after it was revealed that Queen Elizabeth had called an emergency meeting at Buckingham Palace.

Unfortunately for The Sun newspaper, part of Rupert Murdoch’s News Corps, one of the most widely discussed rumors — one later announced as false — found its way into a published article.

Hi @TheSun. Not sure that’s supposed to have been published… pic.twitter.com/bBJHuA0iWl

“Prince Philip dead at 95, how did the Duke of Edinburgh die, etc etc” roared the unfinished headline, seemingly written in preparation for any breaking news and published at 8 a.m. U.K. time, reportedly when an official announcement was going to be made.

While there was no 8 a.m. statement from Buckingham Palace regarding the meeting, a spokesperson did reveal to the U.K. press that there was “no cause for concern” regarding the health of either Prince Philip or Queen Elizabeth.

The Sun article was hastily updated to offer a rather un-newsy and awkward fact-based story about Prince Philip — “What was the Duke of Edinburgh’s military rank and when did he marry Queen Elizabeth?” — which was itself eventually deleted but not before media observers had snaffled a couple of screen grabs.

It wasn’t only The Sun that had falsely declared the Duke of Edinburgh’s death, with French media also announcing the incorrect news. 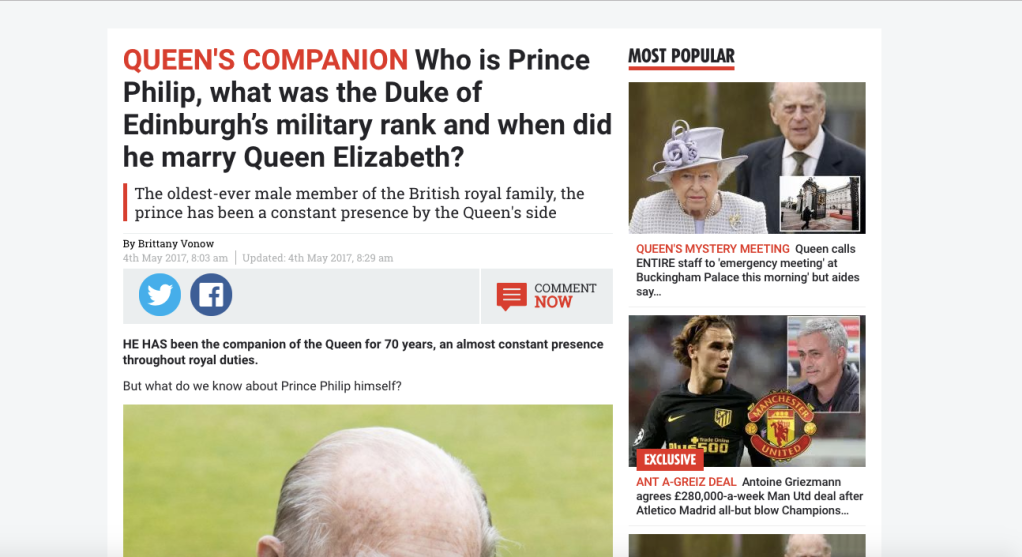