Rapper, actor and activist Common, Universal Pictures president of production Peter Cramer and Rosetta and Balthazar Getty were saluted on Saturday night during the Chrysalis Butterfly Ball at the Mandeville Canyon estate of Hayward Kaiser and Susan Harris for Chrysalis, which equips homeless and low-income residents in Los Angeles with the resources to apply for and maintain a job.

“I played Halle Berry’s son when I was 10 years old, and Halle autographed a picture of me,” said host Jussie Smollett (Empire), who recalled working with the actress on the 1993 miniseries Queen. “She was wearing an orange outfit and she autographed a picture and she said, ‘Jussie, if you were a little bit older, you’d be all mine.’ So appreciate you.”

When Berry took the stage, she recalled that her mother was a VA hospital nurse, which exposed her to seeing how many veteran heroes end up homeless. The actress then proceeded to honor Cramer, saying that the first time she met him she thought “he was kind of cute” and joked that he’s worked with a number of great people except her.

“I’m cheap these days. I really am,” Berry said to Cramer as laughs erupted from the audience. “I have my own trailer, so you don’t have to pay for that. I do my own hair and makeup. I did it tonight. I’m good at it. I do my own stunts. I sent you a video of that, didn’t I? I showed you how I can do my own stunts. I don’t eat much at lunch. I’m always on a diet. And the truth is I’m free. I’m not busy right now, so if you’re thinking about maybe hiring somebody for a new something…”

She then credited Cramer for caring about inclusion in the industry.

“You care so much about people of color and like with Jordan Peele (Get Out), you give us an opportunity to tell our stories with dignity and pride,” said Berry. “And for that you have my utmost respect. And even though I am a woman of color and you have not hired me, yet you will.”

Cramer accepted his award from Berry and exclaimed it was an “In your face!” to his elementary classmates “who made fun of me when Becky turned down my invitation at the sixth grade dance.” Taking a political turn, the exec mentioned homelessness as being one of the many social issues affecting Los Angeles that has an “appalling lack of government support for services in need.”

“I believe we live in what can be the greatest time in human history,” said Cramer. “I believe our country is still the greatest in the world, in spite of some recent evidence to the contrary — quite a lot of evidence … I also believe in the quote that the true measure of any society can be found in the way it treats its most vulnerable members. Our city can’t just be a city of dreams for some of us. Everyone who is struggling should have a chance for a better tomorrow.”

Patricia Arquette honored designer Rosetta Getty and her husband, artist and DJ Balthazar Getty, recalling memories of them growing up together since they were children. She highlighted the Gettys’ selflessness when it comes to giving back, particularly with Chrysalis and their work in Haiti together (the Gettys’ helped Arquette launch GiveLove in 2010 as a response to the earthquake there). 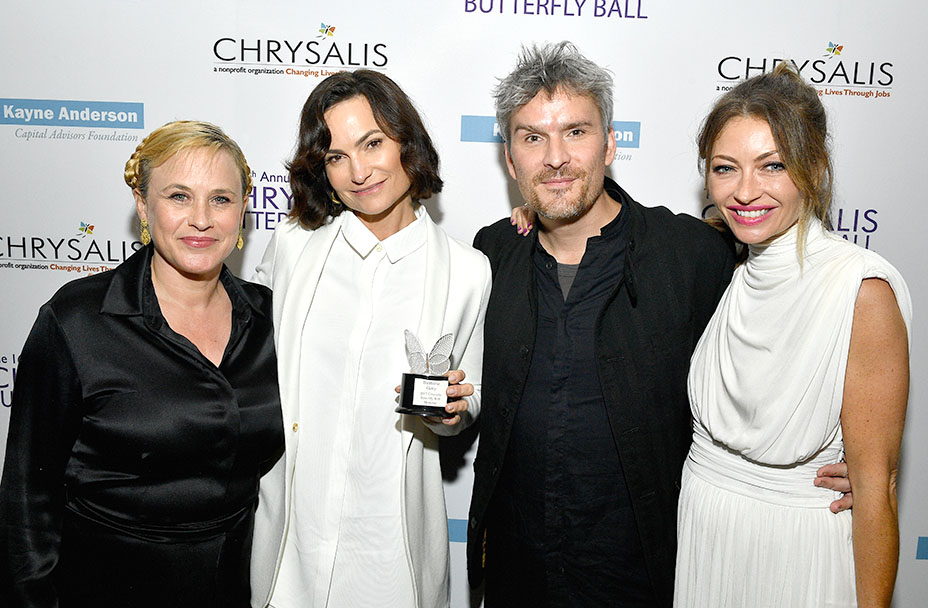 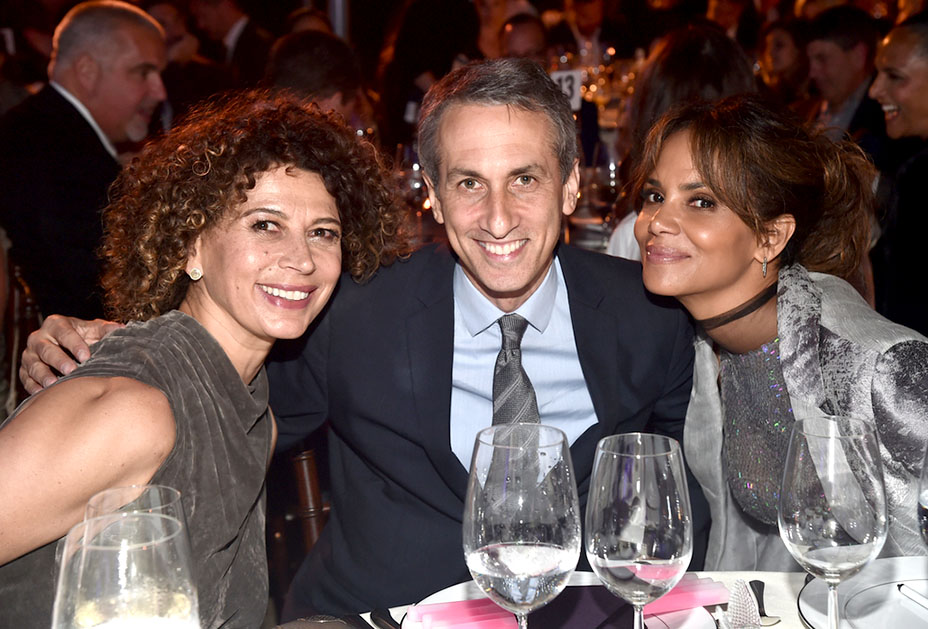 Zendaya took to the stage to praise Common, who told guests that in today’s times “changing the world is not all in us doing big speeches and not only having fundraisers,” but in our actions every day.

“Change starts with how we treat each other, how we look at each other, how we accept each other and the differences that we have for one another,” he said as the audience applauded. “We see people that are homeless, just a simple act of kindness when we see each other or even if we don’t understand each other yet. Just having the compassion to want to listen to one another … treating people who are serving us well because we’re out here serve more than anything. That’s what I learned from this Selma experience, and that’s what I see what Chrysalis is doing. They are serving the people in need.”

He closed out the night with a performance where he serenaded Berry onstage with a freestyle.

Who me? Oh..I ain’t do too much last night. Just freestyled to @halleberry at the #butterflyball what you do last night?

The evening raised $1.6 million, which went towards Chrysalis’ goal of 4,600 jobs by 2021 to support the homeless (which, according to the org, is now at a 23 percent increase of 58,000 people) and residents like Raymond Davis, who, after leaving prison, sought the help of the organization. It helped him send his first email, apply for and receive a job and learn how to tie a tie to wear during the fundraiser, where he accepted the John Dillon Award onstage. “If it wasn’t for second chances. I’d probably still be in prison,” he said. 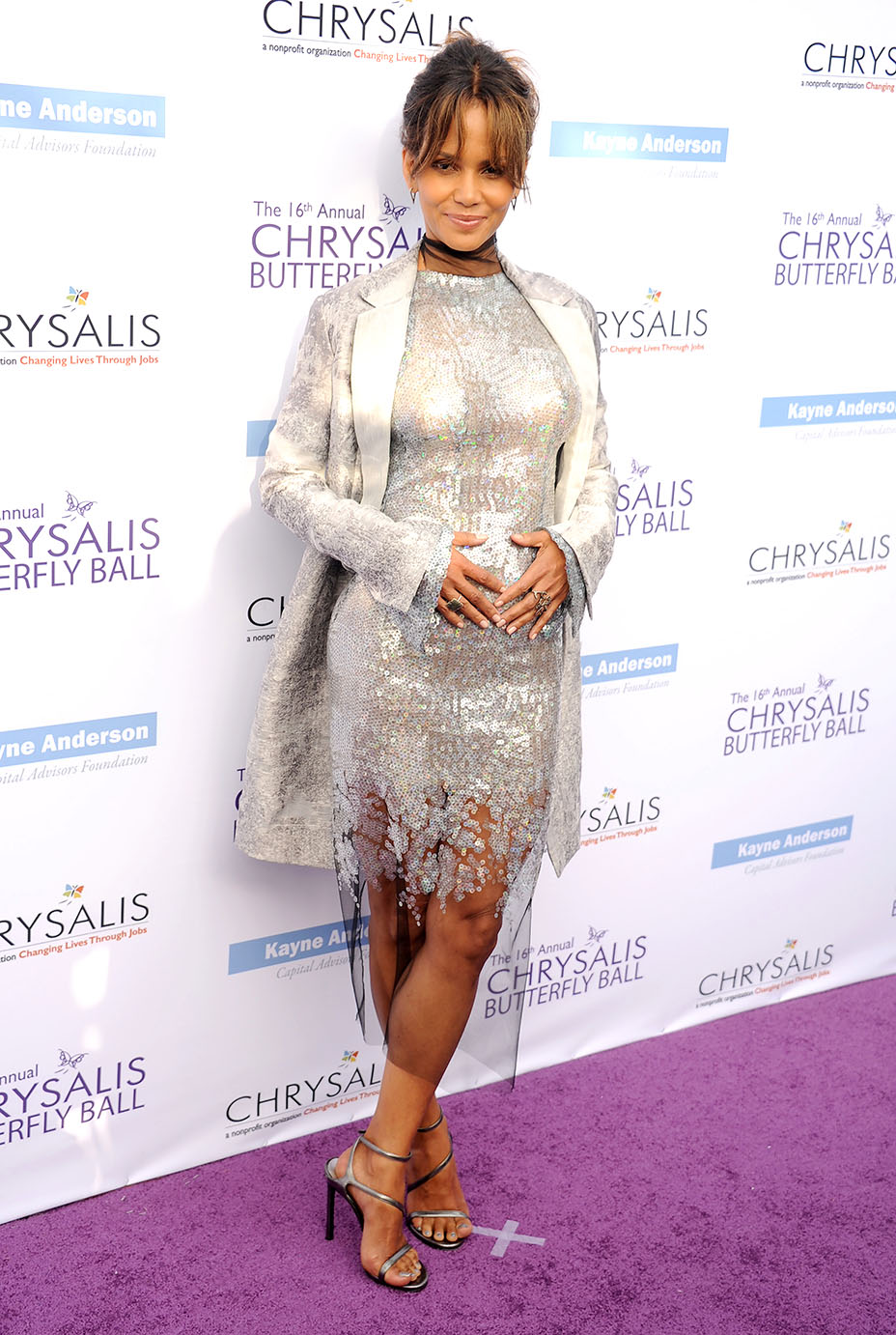