Warren Boyd isn’t the only big name in the Los Angeles sober-living world facing allegations. Chris Bathum, 55, sits in a county jail after pleading not guilty to multiple counts of insurance fraud, money laundering, grand theft and sexual assault. Bathum, who was arrested in November, headed up a company called Community Recovery Los Angeles, a chain of more than 20 sober-living houses and addiction-treatment facilities.

Bathum’s alleged crimes include fraudulent insurance claims topping $176 million, $44 million of which was paid out before insurers began to suspect fraud, according to the L.A. District Attorney’s office. Nancy Kincaid, a spokesperson for the California Department of Insurance (which participated in the sting operation that led to his arrest) tells THR that her office has seen multiple complaints from insurers about suspected fraud involving other operators. Observers worry that widespread insurance fraud could trigger an industry blowback, with patients who are dependent on their insurance for care being denied.

The drama surrounding Bathum and Boyd has exposed a sordid side of a multibillion-dollar industry that has seen massive expansion in the past decade. Because of a thicket of legal precedents, zoning laws and competing jurisdictions, efforts to regulate the industry have been scant, but that soon might change.

The explosive growth arguably began in 2008, when new medical requirements and standards were introduced for opioid addiction (pressuring insurers to cover those costs). Then came the 2010 enactment of the Affordable Care Act, which dramatically expanded the pool of applicants whose addiction recovery-related costs was covered by insurance. Against this backdrop, the opioid epidemic ravaged large swaths of the country. 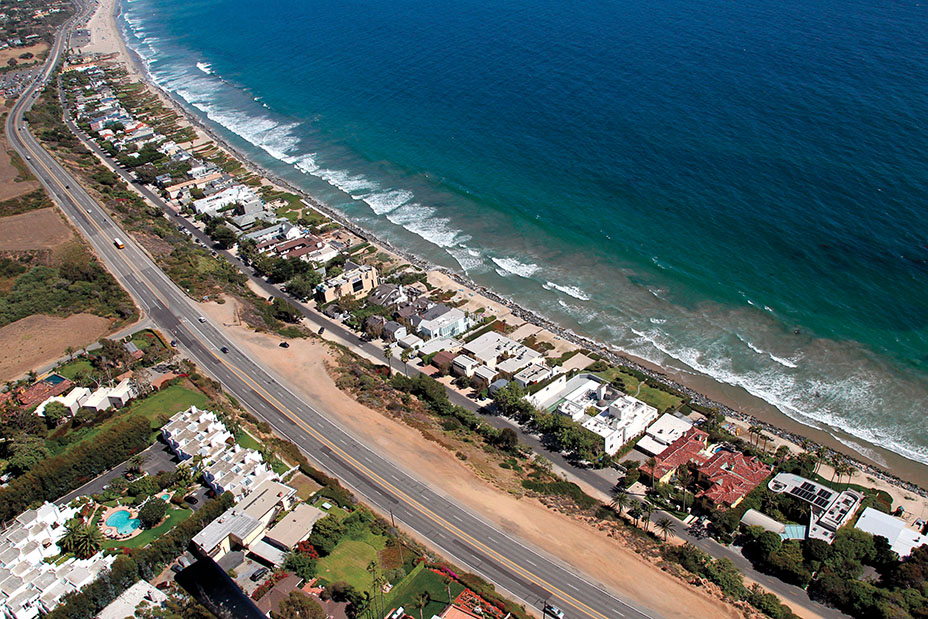 Many of those have sought help at facilities in places like Malibu and Orange County that offer robust services with an idyllic climate. “The real problem is there are people taking advantage of this situation,” says Lou LaMont, the mayor of Malibu, which has emerged as ground zero in the fight against the proliferation of sober-living homes and addiction treatment facilities. “It is so wide open. It is like the Wild West.” After mounting a monthslong investigation, LaMont still has no idea how many sober-living homes are operating in his community.

Southern California long has served as the unofficial capital of the recovery industry, with hundreds of sober-living homes operating in residential neighborhoods. According to the Los Angeles Economic Development Corp., which tracks private sector employment in many industries, the number of jobs in the mental health and alcohol/substance-abuse industry at residences in the county rose 33 percent from 2010 to 2015.

Such places as Malibu, Pacific Palisades and Santa Monica are home to dozens of sober-living homes, if not more. It’s impossible to determine the precise number and location of the homes because the state does not require a license to operate one. More than two dozen pieces of state legislation aimed at providing some oversight have failed mainly on account of the Fair Housing Act, a federal statute that prohibits housing discrimination on the basis of a disability. (Most operators of sober-living homes are tethered to addiction treatment facilities that have licenses allowing them to provide clinical services like counseling and the administration of medication — and let them seek medical reimbursements from private insurers or Medicare.)

Now, nothing can stop anyone from converting a single-family house into a sober-living home. For many property owners, the option is financially compelling. There are no price controls on sober living; fees can range from modest — several hundred dollars a month for a slot in a bunk bed — to downright gilded. In the upper echelon, a room can cost upward of $10,000 a month.

For local realtors, the proliferation of sober-living homes poses an ethical quandary. One prominent broker who has multiple seven-figure listings on L.A.’s Westside says that when listing a home that is adjacent to a sober-living home, the industry norm is to avoid volunteering that information so as not to run afoul of the Fair Housing Act. “Talk about a catch-22,” says the agent, who asked that his name be withheld. “The first thing your buyer is going to do is call you the next day after buying and ask, ‘Why they hell didn’t you tell me that?’ ” To get around this, he says, brokers only can prod prospective buyers to pose questions about neighbors.

The Heroin-Addict Actress, The Interventionist and a Grieving Mother's Court Fight: "She Didn't Want to Die"

Proponents of the industry say they are being unfairly stigmatized and that bad actors are the ones grabbing the headlines. “I have been involved with hundreds of sober-living homes, and the stories of those houses are boring because they operate without any problems,” says Jeff Christensen, executive director of the Sober Living Network, which promotes quality standards for sober-living homes in L.A. “They are helping people move from addicts to functioning members of society.”

Still, a bipartisan group of federal legislators has taken action. In July, Sens. Elizabeth Warren (D-Mass.), Orrin Hatch (R-Utah) and Marco Rubio (R-Fla.) requested that the Government Accountability Office, the federal government’s investigative branch, open an official inquiry into abuses surrounding the sober-living home industry. Seventeen U.S. representatives followed suit with their own letter to the GAO, and Darrell Issa (R-Calif.) introduced a bill Nov. 20 that would empower states and cities to require sober homes to be licensed and registered by adjusting the Fair Housing Act.

“We are trying to empower the community to make reasonable decisions for the benefit of the addict and for the surrounding community while preserving the intent of the Americans With Disabilities Act and the Fair Housing Act,” says Issa, who insists his legislation only would curb the overconcentration of sober-living homes in distinct areas.

That concentration has put one home for sale in Meadows Court, a small gated community in Malibu tucked above Pacific Coast Highway, in a tough position. At least five homes that surround 6415 Meadows Court, currently listed for $5.5 million, have been converted to addiction treatment facilities that are part of Passages, an addiction treatment center that’s headquartered there. The neighborhood is at the center of an ongoing legal dispute between the city and state agency that issues the licenses for the treatment facilities. According to several brokers based in Malibu, the home is having a hard time finding a buyer and has sat on the market for nearly nine months. Christensen chalks up the current criticism of sober-living homes to NIMBY-ism and considers it an unfair persecution of a vulnerable class of people. “The reason you can’t license these homes is because there is nothing licensable about them,” he says. “You can’t regulate a group of people choosing to live together sober. It would be the same if you demanded a license if a group of Mormons decided to live together.”