Inside a bookstore on Venice Blvd. whose picture windows feature both a cardboard cutout of Bela Lugosi and a portrait of English dictionary founder Samuel Johnson, a young man wearing a beanie and a Herschel backpack is canvassing rows of bookshelves, searching intently for a title by H.P. Lovecraft. After wavering in the science fiction section for a few minutes, 79-year-old store manager David Ben-Veniste informs the browser the store no longer has any Lovecraft in stock. He might try Clark Ashton Smith, whom Lovecraft admired. Wiggling out from behind the register, Ben-Veniste pulls a choice title off the shelf — a paperback collection of Smith’s stories. “Don’t let anyone borrow this, because if you do, you won’t get it back,” he warns.

Ben-Veniste, the current manager of the Sam: Johnson’s Bookshop, an L.A. literary mainstay for over 30 years, won’t be directing readers to Smith, or André Gide, or historians of China — all recommendations he made that day — for much longer. The building’s owner, who is not affiliated with Sam: Johnson’s, has sold the store to a new owner that has already put a deposit on the building and will not preserve the bookshop. Sam: Johnson’s, which had been struggling to pay the location’s $4,000 per month rent and adequately pay its staff (the store also relies heavily on volunteers), has been speaking with collectors to purchase its inventory.

As a result, Sam: Johnson’s has become the latest of several long-standing independent-bookstore casualties in the Los Angeles area in the last two years, a list that includes Samuel French (March 2019), Circus of Books (February 2019) and Caravan Book Store (February 2018). (Samuel French and Caravan Book Store shuttered their brick-and-mortar locations but still operate online.) Recent upstarts have also shuttered in that period, including Once Upon a Storybook (April 2018) and the Twenty Stories Bookmobile, which left L.A. traffic for Providence, Rhode Island, in 2018. To be sure, several L.A.-area bookstores — including North Hollywood’s over 30-year-old Iliad Bookshop, Santa Monica’s 21-year-old Angel City Books & Records and Venice’s over 40-year-old Small World Books, among others — have survived decades in the city and amassed loyal customer bases. But in a city as sprawling as L.A., the loss of an independent bookstore changes the texture of its neighborhood and often requires a good deal more travel for its former customers to reach another.

It’s conventional to blame the internet, and more specifically, Amazon, for the loss of longtime booksellers; indeed, in the same two-year period as these local businesses have perished in L.A., Amazon has opened three physical locations in the Los Angeles area. But interviews with bookstore owners suggest that multiple factors, including proprietors retiring, older models of bookstore aging out and businesses no longer staying within a family, are also at play in the turnover of L.A.’s literary spaces.

Leonard Bernstein of downtown’s Caravan Book Store, a rare and antiquarian bookstore that was in business for 64 years and visited by Michael Keaton, Dustin Hoffman and Sting before it closed last year, has always been able to make ends meet in bookselling. The longtime proprietor, who now operates the store online, bristles at traditional explanations for why bookstores close in the internet era, such as competition from Amazon (his business “was always viable,” he says) and new distractions for young people (“I did find many young people who were eager to learn about books and literature”). Rising rents downtown always took a toll on the bottom line, but he had options to move to cheaper buildings and didn’t act on them because he loved his store’s central location. “Even at the end, they didn’t want to get rid of us, and they bent over backwards to do what they could to keep us,” Bernstein said of his building’s owners.

Rather, Bernstein shuttered his business because, at 72 years old, he wanted to take more time for himself and his family. His children have different careers, and didn’t express interest in taking over the store. If he was younger and still had the energy, “I figure I could still do it again,” he says. 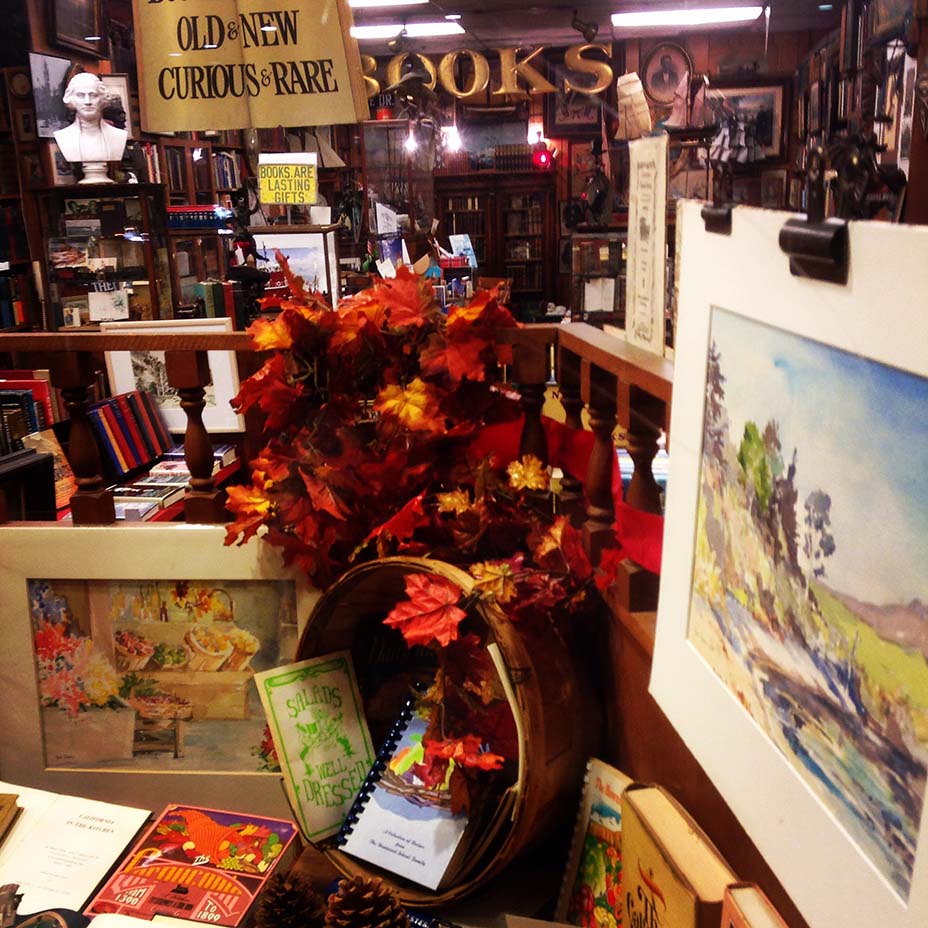 Ben-Veniste had a different experience at Sam: Johnson’s Book Shop, though the passage of time has also taken a toll on the shop. The co-founder and owner of the shop, Robert Klein, died of a stroke in 2017 and left no deed behind, which has since saddled the shop with rent; his fellow co-founder Larry Myers (“the soul of the bookshop,” Ben-Veniste says, who taught him about certain authors) is currently too ill to manage the store. Though Ben-Veniste has volunteers in the store, “sometimes I have a 14-15 hour day, and I’m at an age where I shouldn’t be doing all of it,” he says.

Moreover, the community hasn’t supported the business, according to Ben-Veniste. Though he says Shel Silverstein, late Gilmore Girls actor Edward Hermann and Paul Giamatti were all once customers, he estimates only about 40 percent of customers who walk in the door purchase a book, which is hardly enough to cover the shop’s costs. Ben-Veniste has previously placed a sign on the door to discourage price-checking, or searching a title online to find the best deal. Rare and antiquarian bookstores like Sam: Johnson’s and Caravan Book Store face a particularly tough adversary in online book-selling competitors, which has increased the supply of older books and put downward pressure on prices at local stores.

“There used to be tons of used bookstores out there and so many of them are gone now. It’s a real bummer,” Giamatti, who frequented the store for 20-odd years whenever he was in L.A., says now. “I loved that place. The guys who ran it were really classic, eccentric guys. It’s the kind of place that just doesn’t exist anymore, it truly doesn’t.”

An L.A. LGBTQ Icon Gets the Documentary Treatment

Actors including Watchmen‘s Frances Fisher and Insecure‘s Kendrick Sampson, among others, petitioned to save Los Feliz’s Samuel French Film & Theatre Bookshop, open for 90 years, in February. Still, Samuel French president Nathan Collins also pointed to online retail — the company does 80 percent of its sales online — in a statement about the closing of the shop: “Although the community loves the store and its exceptional staff, most people are choosing to buy their books from e-retailers these days,” he wrote. (Samuel French, which was purchased by Concord Music a few months before the store closed, declined to make anyone available for an interview for this story.)

“The Sam French store on Sunset holds a special place in my heart. This is not just losing another brick-and-mortar store,” actor Illeana Douglas (Ghost World, To Die For), another member of the Hollywood community who frequented the store, adds in an email. “This was a home for artists to hang out in, or pick up tips about jobs, or peruse the great plays of history. … You can buy a book or a play online, but you cannot buy the feeling that Sam French gave you — to feel like you were a member of a community that used to care about artists. Now we just care about building more Starbucks, a place artists can hardly afford to buy a cup of coffee.”

Actor Walton Goggins (Tomb Raider, The Hateful Eight) was another customer of Samuel French, which he discovered in the ’90s and says became a regular part of his routine. “Whether an afternoon spent alone or with a scene partner, Samuel French was a watering hole for ideas, a place where a suggestion from a total stranger could open doors of one’s imagination not previously walked through,” he wrote in an email. “Now they’re gone. And what are we left with? The online version. A place where algorithms dictate which book we pick up next, which movie we watch, or which song we listen to. Is it efficient? Yes. But is efficiency really the only goal of the human experience? God I would hate for my last words to be, ‘My life was … efficient.'”

Despite the relentless allure of book-buying that doesn’t require a trip outside, bookstore experts say they aren’t worried about the future of independent bookstores, in Los Angeles or elsewhere. Famously, a 2014 Pew study found that millennials were more likely than baby boomers to have read a book in the past 12 months; this year, the American Booksellers’ Association said that for the ninth year straight, bookseller membership numbers increased, to over 2,400 bookstores. Compound growth of independent bookstore sales over the last five years is 7.5 percent, the ABA adds.

Donna Paz Kaufman, a bookstore trainer and consultant at Paz & Associates and the co-owner of Story and Song Bookstore Bistro in Fernandina Beach, Florida, says that she has seen the population at American Booksellers Association conferences skew younger and younger in recent years. “There is a sea change happening, and it is noteworthy,” she said. “So while you might be seeing some of this generation close right now, … there are new people surfacing, but they’re going to have to pop up in places that are off the beaten path.”

And indeed, while the last two years have seen a number of longstanding independent bookstores close in the L.A. area, in the last 10, several upstarts have diversified L.A.’s book offerings. Downtown’s Last Bookstore and Echo Park’s Stories Books & Café opened in 2008, The Mystic Journeys Bookstore began in Venice in 2009, {pages} bookstore in Manhattan Beach in 2010, Pop-Hop Books & Print in Highland Park in 2012, Book Show opened in the neighborhood one year later, The Ripped Bodice in Culver City in 2016, OOF Books in Cypress Park and Now Serving in Chinatown in 2017 and Owl Bureau in Highland Park this year. Many of these bookstores are highly specialized: Mystic Journeys focuses on spiritual fare, The Ripped Bodice on romance, Now Serving on cookbooks and food-related titles, and Owl Bureau and OOF Books on art and design. All of them seek to be gathering spaces for their community by hosting events, from traditional readings and author appearances to magazine launches, art exhibitions and book clubs. 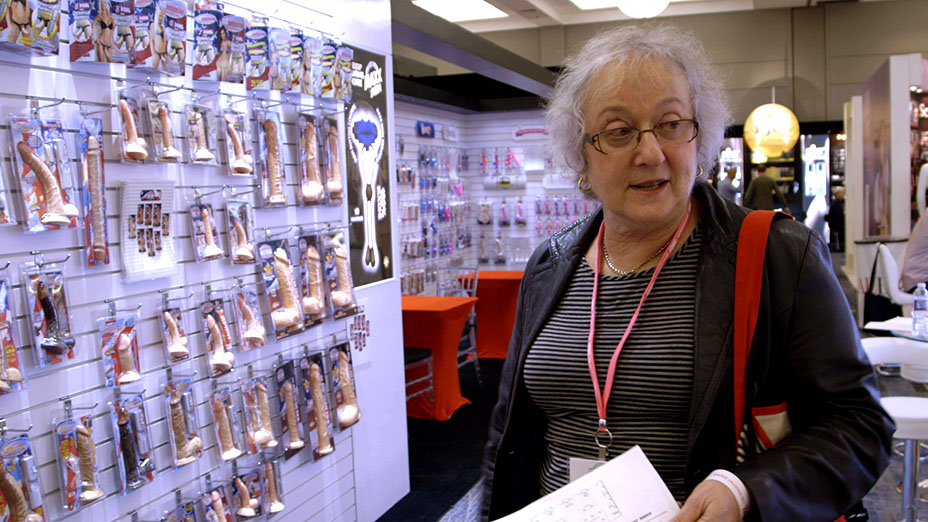 One of these recent arrivals, Pop-Hop Books & Print, has evolved since it opened in 2012 to suit the demands of its enclave on York Blvd. in Highland Park. When it first opened, Pop-Hop offered only used books, then transformed into a zine-centric institution as it sought to represent local writers and illustrators; today, the store still carries zines and used books but is also experimenting with new titles. Owner Robey Clark says new kids’ books are now hot-ticket items in the store because “this is a neighborhood that has a lot of new parents and a lot of starter families.”

Clark admits that business is “boom or bust,” and that the store makes most of its profits during the holiday season and experiments with new products during the slow summer season. Affordable rent has helped the store survive, as well as products that appeal to the community — Pop-Hop features local authors and offers titles for L.A.’s entertainment-industry set — and publicity around new bookstores as others close. Overall, however, “I’ve been pretty surprised, to be honest with you,” Clark says. When he first started out, he encountered a lot of doubters who drew from age-old stereotypes that Angelenos don’t read. He hasn’t found that to be the case: “People thank me for having a store,” he says. “There’s the novelty of it, whether it’s based in reality or it’s based on a myth.”