On Monday, Jan. 14, my alarm went off at 6:30 a.m. As I have on many other mornings, I blearily got up, pulled my clothes on and headed out the door as the sun was rising. This time, however, I wasn’t headed to a TV set in Burbank to shoot Adam Ruins Everything, the informational comedy show I created and host on TruTV; instead, I made my way down the street to Thomas King Middle School, where I joined a picket line of teachers.

Why? A few reasons.

First, as member of two unions, I know that I owe my mortgage payment to solidarity. If it weren’t for the fellow union members and leaders who have my back, the barons of the TV industry would happily pay me a nickel a page and spend what would have been my residuals on more caviar to put in their infinity pools. So when I see other workers fighting for their own fair shake, I consider it my duty to pay it forward and have their back too.

But more importantly, I’m a child of public schools from New York’s Long Island and I know how important they are. And what the teachers of UTLA are fighting for isn’t just wages — they’re saving public education in Los Angeles.

California is the fifth largest economy in the world, but it ranks in the bottom 10 states in America in per-pupil spending. And it ranks dead last in student-per-teacher ratio. It’s common for a single teacher in Los Angeles to have to manage a class of more than 40 students. That’s unconscionable. I have enough trouble keeping a writers room of 10 bored and hungry 40-year-olds in line; I can’t imagine what 40 10-year-olds is like.

An upcoming episode of Adam Ruins Everything touches on the crisis in American public education today. Teacher wages are actually falling, and money is being siphoned out of our school districts by the rich and powerful. 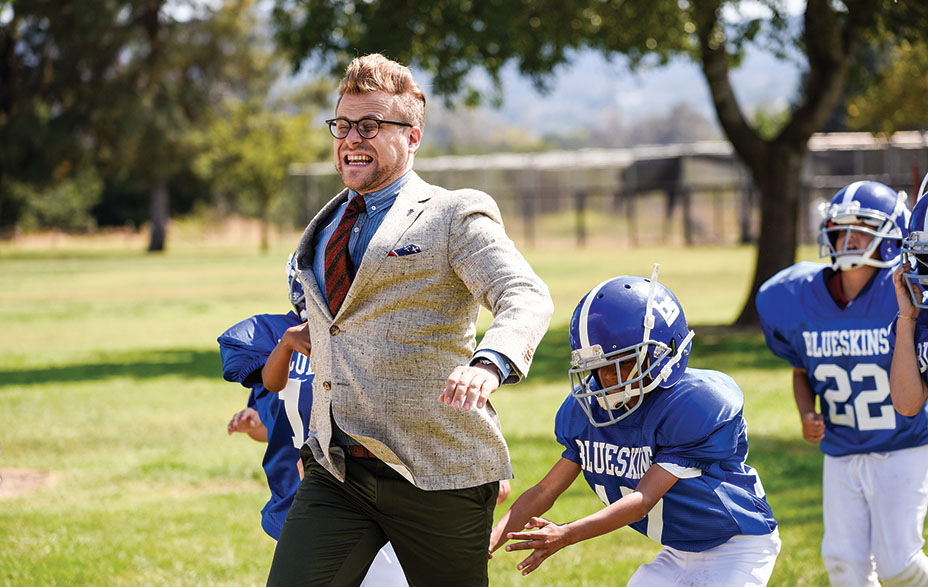 Some say that’s exactly the problem: Aren’t the teachers wrong to demand more resources when the district itself is starved for money?

This complaint misses the entire point. The only way to change a system this unjust and this entrenched is for someone to finally stand up and say, “This is unacceptable, and we can’t allow it to go on.” The school board wasn’t going to; superintendent Austin Beutner wasn’t going to; so it fell to the teachers to do so. By exerting pressure from the bottom up, they aim to force reform all the way up to Sacramento. It’s a game plan every Hollywood negotiator knows well: If you’re being told “It’s not in the budget,” then you exert your leverage until you force the fat cats holding the wallet to make the budget bigger. Los Angeles is a rich city; California is a rich state; the United States is a rich country. The money is out there, and Los Angeles teachers are demanding that it be spent where it belongs, on our kids. They deserve our support.

Picketing that morning was a powerful, joyful experience. Adam Ruins Everything‘s head writer Alison Zeidman and I stood with the teachers and held our homemade signs aloft and cheered as passing cars honked in support. We chanted, we sang songs, and we got a little misty-eyed watching the teachers on the line warmly greet their students as they entered the building. The headlines that characterize this strike as teachers “walking off the job” are wrong. These teachers are on the job, fighting for the education of our kids. Now it’s time for those in power to start doing their jobs and join in.

Adam Conover is a the creator and star of truTV’s Adam Ruins Everything.

A version of this story appears in the Jan. 24 issue of The Hollywood Reporter magazine. To receive the magazine, click here to subscribe.